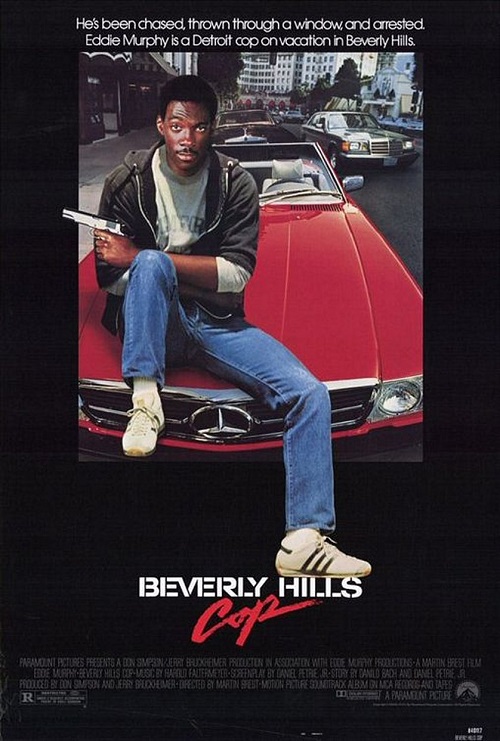 Winter has started losing its icy grip on us here at the underside of the world, which means that the second season of In the House has kicked off. Unfortunately, I wasn’t able to make it down to the new season of In the House for their screening of The Matrix but I was glad to make out for this one. I honestly had not seen Beverly Hills Cop before I came out to watch it for this screening and I had no idea what to expect.

The hosts for the evening were Jason ‘Jabba’ Davis and David ‘Quinny’ Quinn who, in true In the House fashion, decided to warm the audience up with a quick game. This time, some members of the audience were invited up to fire a nerf pistol at a makeshift target and win both the pistol they were playing the game with and jetboating tickets. Afterwards the two settled down and began sharing some trivia about the film we were about to watch. Of particular interest to me was the fact that Beverly Hills Cop had such an enduring popularity at its release that it held the title of highest grossing R-rated (American rating) film until the release of The Matrix: Reloaded in the new millennium. 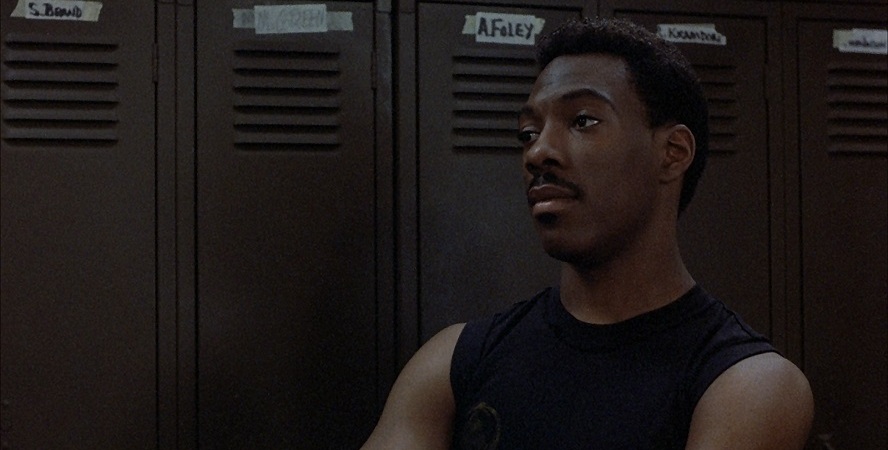 When an old friend is mysteriously killed, Fast-talking and street-smart West coast cop Axel Foley (Eddie Murphy) is suddenly drawn into investigating a crime in uptown Los Angeles. When he first arrives in LA, he finds the former employer of his friend who reacts badly to his inquiries and has him thrown through a window. Now, with the hapless police of Beverly Hills following him to make sure he doesn’t cause any more trouble, he has to somehow crack the case and bring the bad guys to justice. 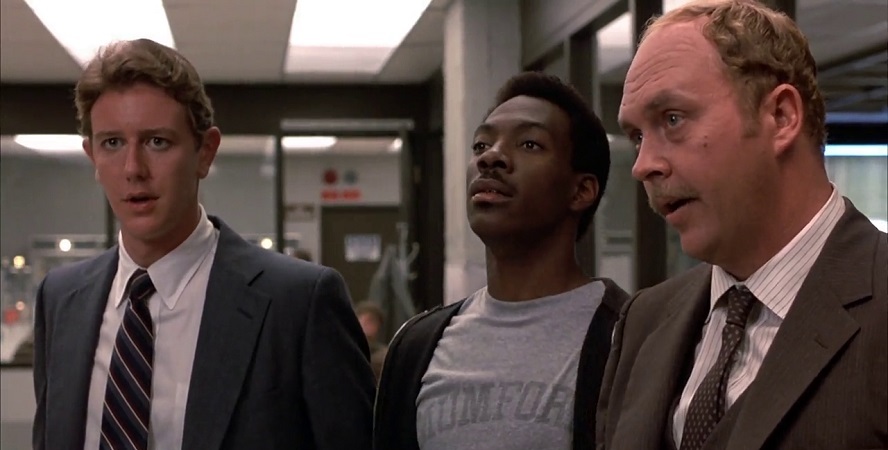 The script, is without a doubt, extremely well crafted. It’s sharp, it’s smart, it has interesting things to say and, most importantly for a comedy, it’s actually pretty dang witty. All of the characters are actually fairly well developed during the film’s run time and we see even the ancillary bit characters experience some manner of character development. Every plot point and joke was set up and delivered seamlessly. I’m impressed by the absence of any superfluous lines and it shows with how easily everything in this film flows. Maybe I’ve just been let down by too many films of late with how overtly they have to telegraph various points that the audience needs to see but this film made it seem like child’s play.

It cannot be overstated just how important good delivery and comic timing by an actor is in this kind of film. It’s lucky then that pretty much the entire cast brings their A-game to bear; whether it’s Murphy as the charming and affable Axel or Judge Reinhold as the dim-witted Detective Billy Rosewood. Although Murphy certainly carries the lion’s share of the witty one-liners and the jokes, this really is an ensemble performance since the actors around Murphy needed to give enough for him to play off of. Everyone played their part as either the joker or the straight man to create characters and interactions which were surprisingly complex and nuanced. 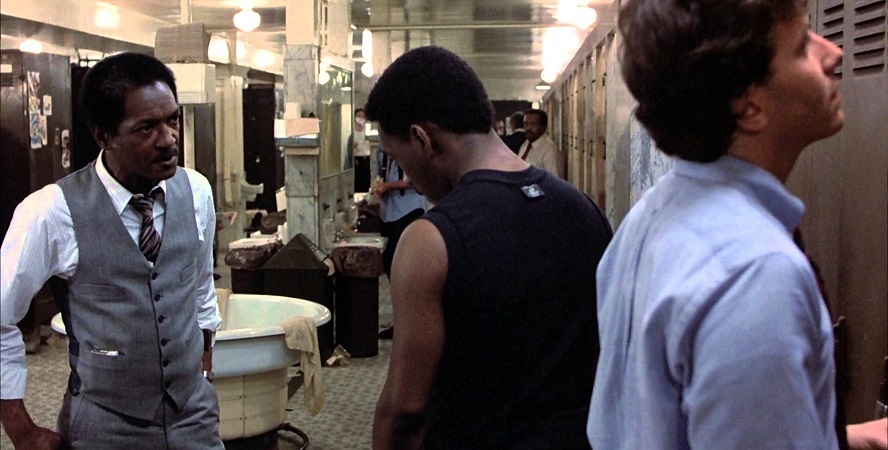 There is one aspect which may be somewhat controversial in today’s political and social context. Namely, the film has its police characters attempt to lie to cover up their less than adequate adherence to the rules of proper police procedure. The film, of course, gives its characters some very extensive justification and we can clearly see that they’re using deceit in the pursuit of justice but I should advise that seeing police lying to avoid being held accountable can leave some punters with a bad taste in the mouth. One underlying plot point I do have to give this film credit for is the quite clear queer coding of James Russo’s character, Mikey Tandino. I think that, especially given the film’s release in 1984, the film should earn praise for its subtle and human portrayal of a gay character. I just wish that he wasn’t almost immediately fridged to motivate Axel to head West. 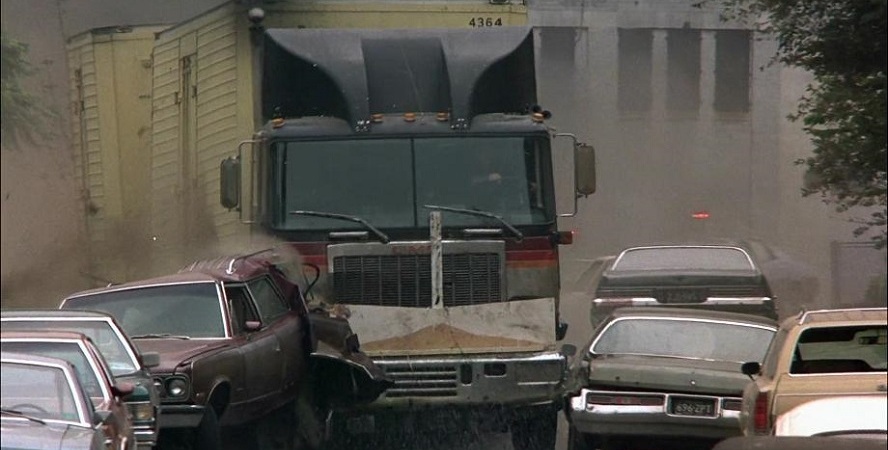 Of particular note in this film were the action sequences which featured stunts. Even three decades on from when the film was released, these stunts are still awesome to witness. These stunts come from the time before computer generated special effects, with the opening sequence especially, would have been difficult to coordinate and pull off but when seeing the final product it’s easy to see that they were absolutely worth it. There is no doubt that even decades on, these actions sequences have stood the test of time and the only film which I think could best some of the shots featured in this film in terms of practical car stunts would be Mad Max: Fury Road. It’s definitely not something I was expecting to find in a comedy action film but it’s definitely a great addition.

The film’s musical score is resoundingly 80s with plenty of synth and bounce. I could not, for the life of me, tell you which songs were playing (except for the film’s main theme) but I remember enjoying it when I was listening to it. It serves to match the film’s generally upbeat tempo to great effect but I’m uncertain as whether it would leave you with much an impression after the film has wrapped up. 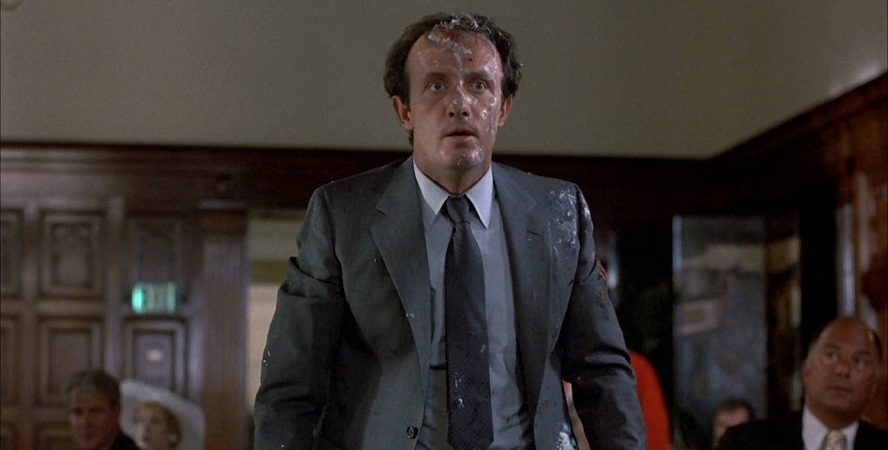 Ultimately, I very much enjoyed this film and would heartily recommend it to anyone who is interested. The story and characters are sharp and well-crafted with plenty of moments that are guaranteed to make most punters laugh. The stunts in the film were way ahead of their time and will hold their own even in comparison to today’s action fare. The film’s soundtrack features a cool theme which will stick with you but is otherwise simply enjoyable 80s pop which will certainly scratch the itch for any with a nostalgia for the decade. There’s honestly a lot to like in this film and it’s easy to see why it has had such an enduring popularity (and why it’s one of Quinny’s favourites).

Kudos to In the House for screening such a fun classic!

Beverly Hills Cop features a well honed script and excellent performances to earn itself its praise as an action comedy film.
9