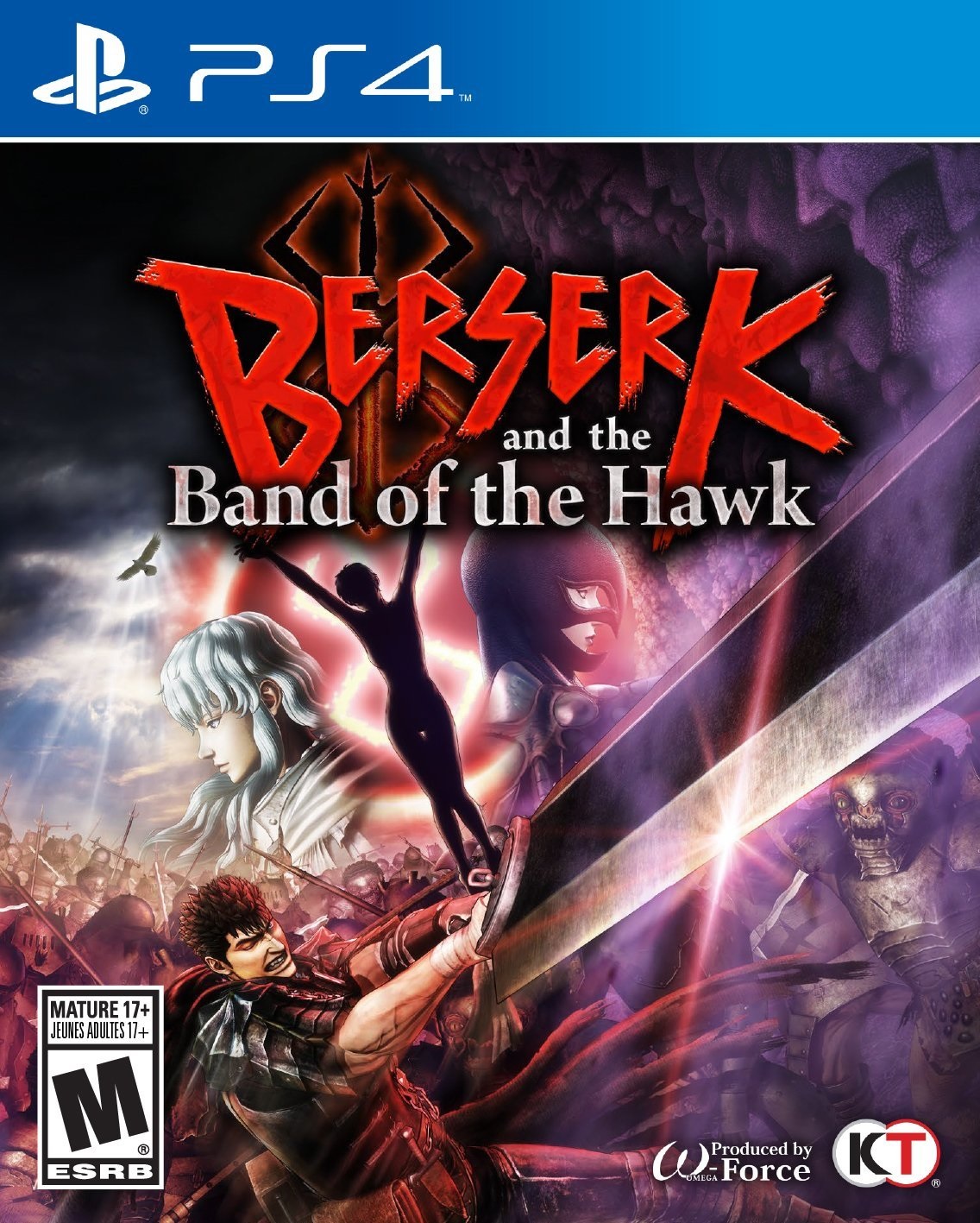 Berserk and the Band of the Hawk

Musou games have always found themselves a solid fanbase when Koei Tecmo focused on characters from Romance of the Three Kingdoms or the Sengoku Era of Japan but in recent years, starting with Gundam, they have begun to branch out into licensed properties. With some of these entries proving to be great additions to the franchise, many were wondering when Berserk, a series that seemed ripe for the picking would be given a Musou game and thankfully, the wait has ended. With Berserk and the Band of the Hawk released in the West, is it everything fans could hope for?

After throwing the players into a brief tutorial section that takes place during one of the major events in the series, Berserk and the Band of the Hawk begins with Guts waking up just before a battle during the Golden Age arc of the series. After taking part in a large scale conflict as a mercenary, Guts manages to catch the eye of Griffith, the leader of the well-renowned Band of the Hawk group. After attempting to defeat the members of the group and being defeated by Griffith, Guts finds himself enlisted as their newest member. 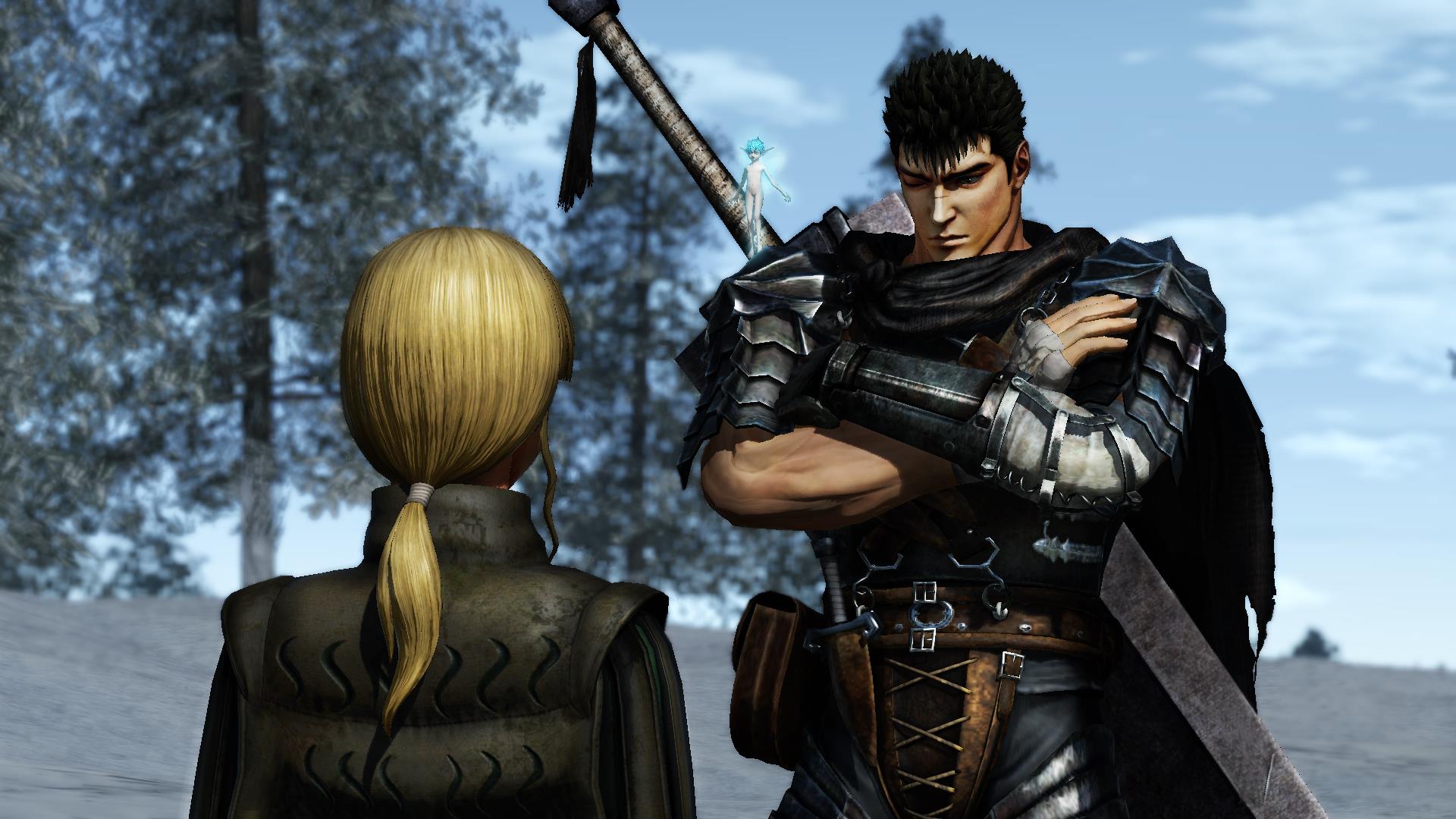 From here the game follows the story of the group as they continue throughout the Golden Age arc before making it all the way to Millennium Empire arc and most major twists and conflict that comes in-between them. In interesting fashion, the majority of the story in this game is told by using lengthy cutscenes that appear to have been taken directly from the Golden Age CGI films that were produced back in 2012 and early 2013. This may come across as something rather unconventional but it does make the forty two chapter story one that perhaps features the heaviest plot packed games in the Musou franchise.

It is worth noting that there are some sequences that are also created from scratch in an effort to expand upon certain events that weren’t covered in the films and of course once the story moves beyond the events of the Golden Age the story is told through more conventional but still fairly satisfying means. Those who may be interested in dipping into the gruesome series that is Berserk will find that this is as tame yet detailed of an entry point as you’ll find, though be wary that some elements of Guts’ personality and certain events do get glossed over in this video game adaptation.

For the most part Berserk and the Band of the Hawk plays similar to what fans of the Musou series should expect. While there is Free Battle that allows players to simply go back through old missions as any character they have unlocked and the Endless Eclipse mode that will be discussed later, the majority of your time with this game will be spent experiencing the story of Guts through multiple missions while gathering little Behelits to unlock special artwork. 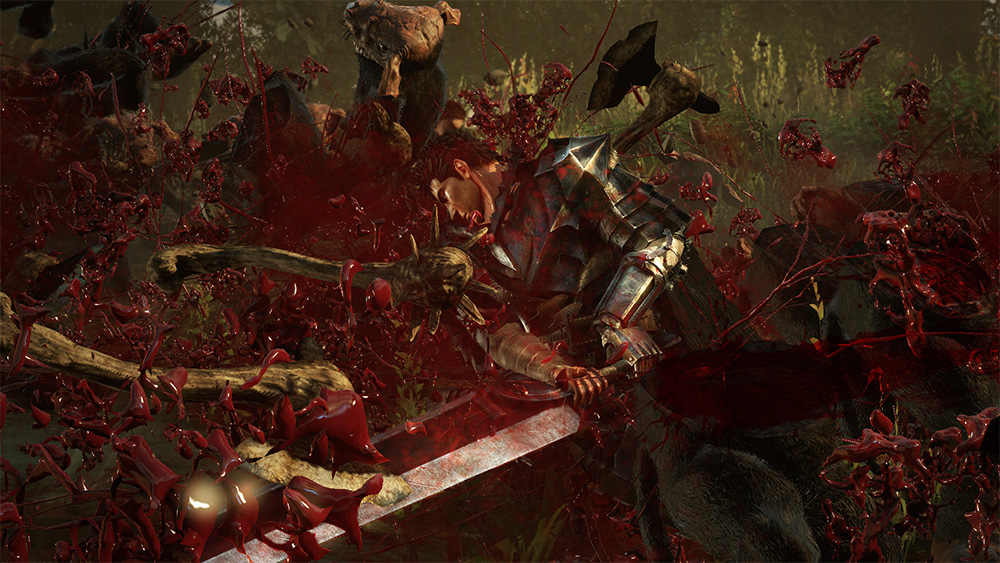 This means that you’ll be seeing quite a lot of action on the field as players have the ability to mix up light and heavy attacks to create various combo strings. After taking down a certain number of foes the Musou Gauge, which is now replaced with a Frenzy Meter, can be activated and, in interesting fashion, will actually continue to power up as you fight through a stage, encouraging players to use Frenzy Mode whenever it is available rather than sitting on the a full gauge for most of the level. There is even a Death Blow that will eliminate nearly every foe in your way outside of some named opponents as the character unleashes a devastating attack.

Combine this with the fact that each character has a number of sub weapons available to them, ranging from simple crossbows to literal hand cannons and you’ll find there are plenty of ways to dispatch your foes in this game. As you progress through the game you’ll also unlock various pieces of equipment that may not change your character’s appearance in any significant way but will provide various passive boosts to a character’s stats. These various stats are applied at the end of every mission so players will not have to worry about trying to min-max their characters though if you do feel like you’ll need a boost in combat, there are certain consumables that can be brought into a fight as well to give yourself even more of an edge. 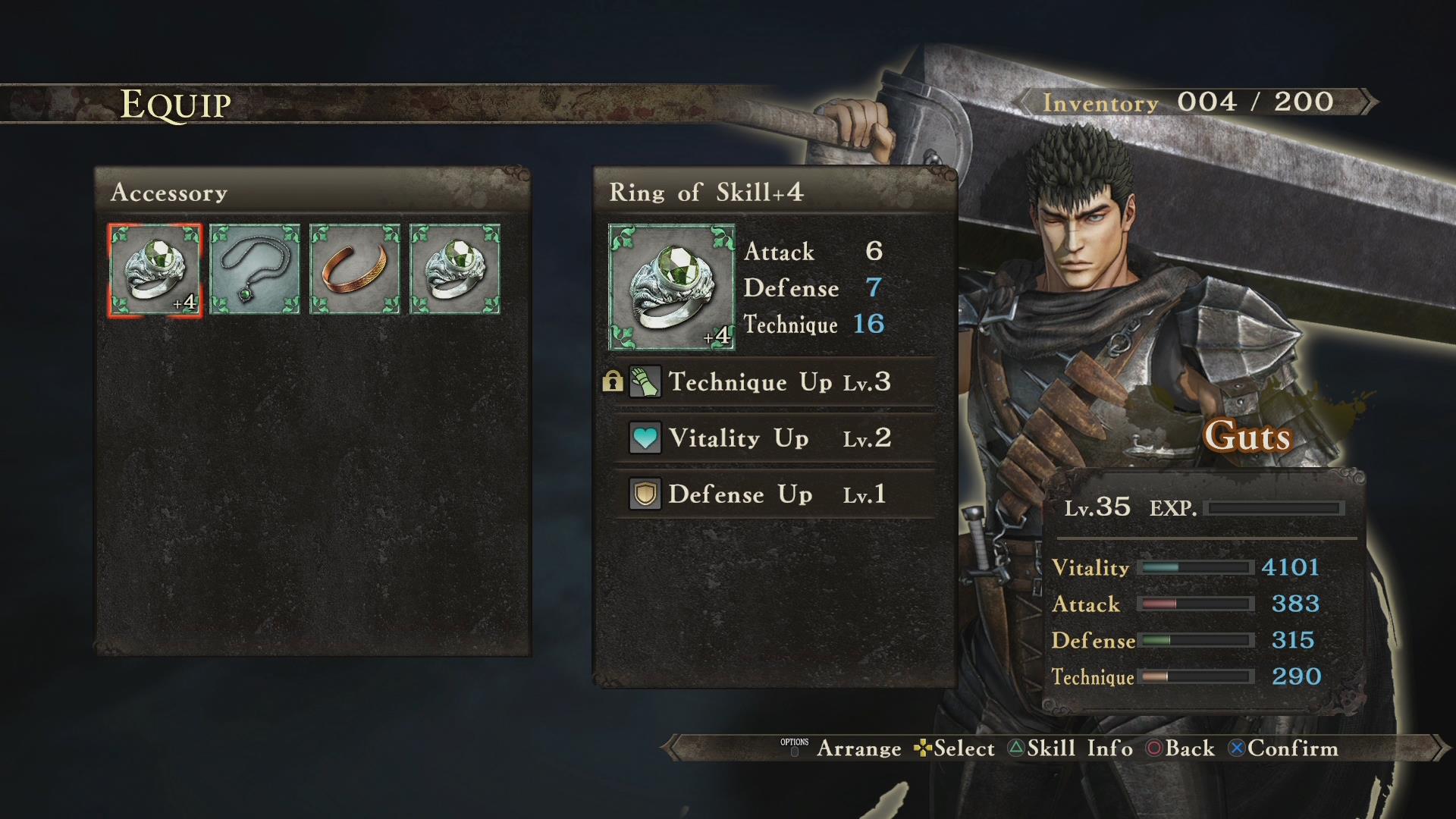 Outside of the actual combat there is another element that has been changed slightly in Berserk and the Band of the Hawk and that is that there is no longer a jump button. While superfluous at best, the extra mobility was always welcome and the lack of this movement choice may be a bit odd feeling at first but considering the jump button is now a Dash button, it will feel more at home with the type of action being displayed here. This is especially true when it comes to certain battles that pit Guts or a certain character up against a single large Boss enemy that must be defeated to advance.

Now regarding the Endless Eclipse mode, this area allows players to fight against endless waves of enemies that increase in difficulty, and reward, the further along you manage to get. This mode may be rather simplistic in nature but can feature some of the best action in the game as players cut swathes through their foes in an attempt to get more rewards. 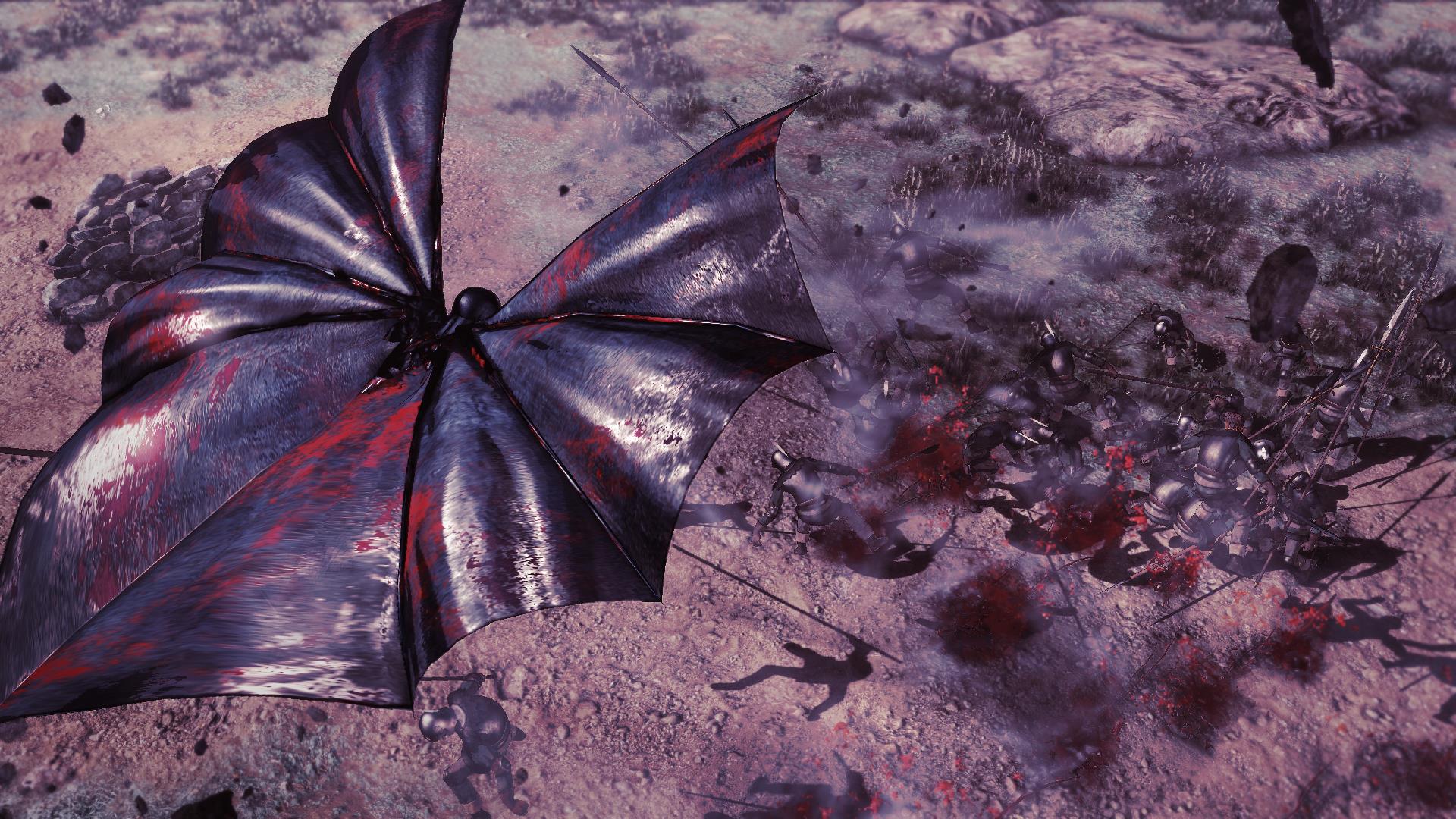 It is worth noting though that there is unfortunately no co-op mode available in this game, which is a disappointment considering how fun these games can be when played with someone else. It also is rather unfortunate that while the gameplay and action do hold up for quite some time, the appeal of the lone side activity of Endless Eclipse will wear thin rather quickly and grow to be quite repetitive in nature.

One thing that will immediately jump out at the player in Berserk and the Band of the Hawk is just how bloody and gory things can be. Omega Force used to rarely put blood in their games but now that they have begun branching out to more mature series they have opened up the floodgates in this game. Simply slashing your way through weaker enemies will send limbs flying or feature an opponent impaled by a blade only to be slammed off of it with the next attack. This time of visceral action is what one would expect from a Berserk game and the company pulled it off swimmingly. 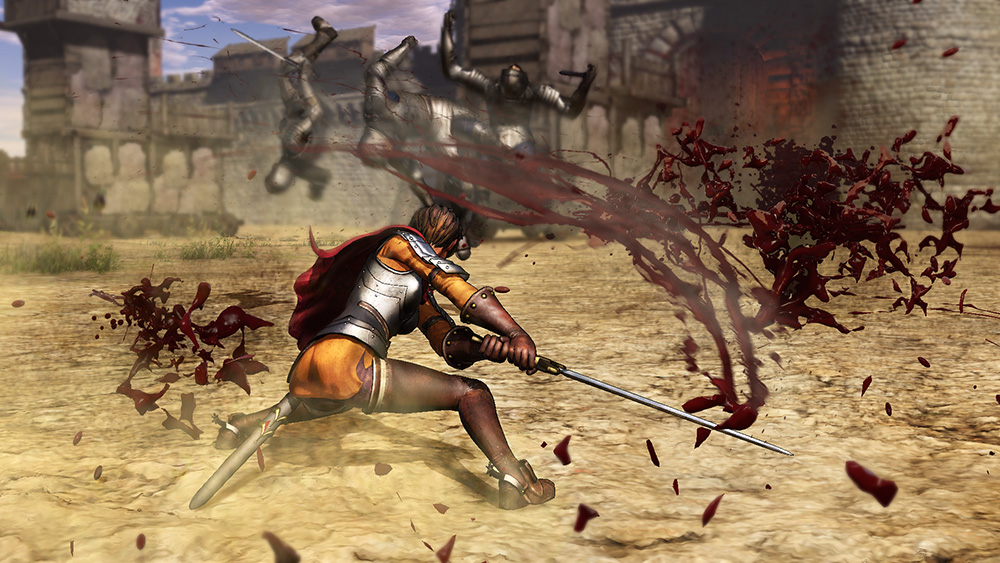 It is worth noting that Koei Tecmo decided to only release this game in the West with English subtitles to go along with the Japanese voice work. This decision is one that should sit well with fans of the series primarily due to the fact that there are a number of story elements that are explored past the anime adaptation and just how impressive most of the voice cast manages to sound in their roles.

Berserk and the Band of the Hawk manages to make itself both highly accessible to those who have yet to touch a Musou game as well as more than welcoming to longtime fans of the genre. With perhaps the most detailed story that we have seen in quite some time from the developer, this game really captures the terribly awesome nature of its source material and manages to deliver a highly satisfying game at the same time.

Berserk and the Band of the Hawk manages to capture the essence of what made the original Berserk series so enticing while delivering plenty of bone crunching action.
8.5