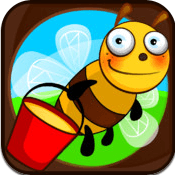 The iPad is a great platform for kids. The touchscreen controls are extremely natural and kids seem to pick it up in a snap. There are plenty of videos on YouTube of children operating an iPad better than their grandparents and even their parents. BeBee The Bee is a nonviolent action game geared towards children. The game challenges players to collect pollen and nectar to create honey while managing hazards and enemies. Can BeBee win the hearts and minds of families everywhere? 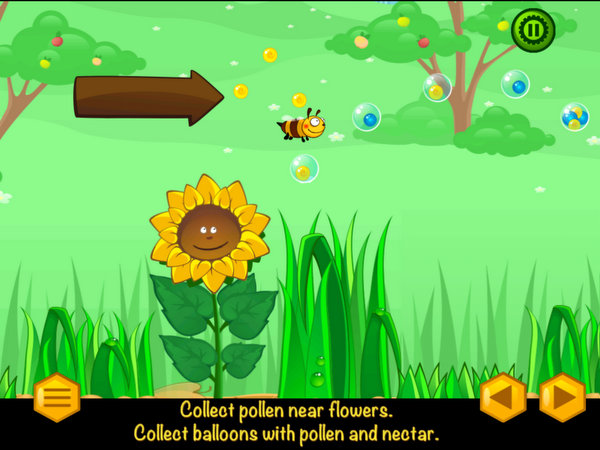 BeBee the Bee is injured young bee. Her family has to leave her behind as she is unable to fly. When she is finally healed and ready to fly, BeBee is the only bee remaining. Dutifully, BeBee is off to collect nectar and pollen so she can help flowers breed and create delicious honey.

The story is told through still pictures in cut scenes. The story itself is extremely simple and a little bit of voice acting is thrown in for good measure. There are four parts to the game but only two are available at this time. The first chapter of the story is free, while the remaining three need to be purchased via in app purchase. The story itself is completely appropriate for children and remind me of a young children’s book found in a library or a book store. 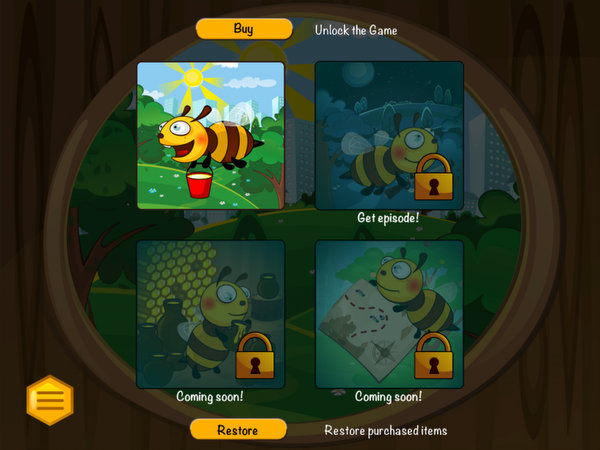 The gameplay is introduced with a simple set of illustrated instructions that stands for a tutorial. I found the tutorial to be rather bare boned. Along the way, there are fingers that will appear that will provide a hint on what to do. As a mechanic is added to each level, it is introduced in the cut scene. Although I would have preferred a proper tutorial level, the first chapter itself feels like a giant tutorial level. 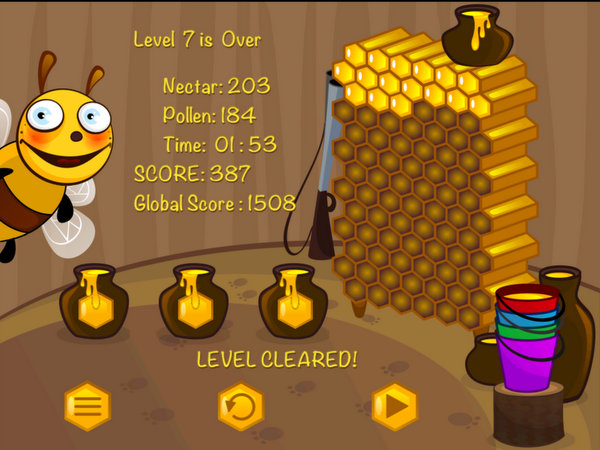 The game can actually be rather challenging at times even for an adult. Players are rated out of three honeycombs, time to complete the level, and the amount of nectar and pollen collected all contribute towards the final score. This brings a little bit of replayability to the game.

Bebee the Bee provides simple cartoon graphics reminiscent of children’s story books and cartoons. The game is extremely colourful and pleasant to look at. I do wish there was a little more variety in the game. Enemy bees all look the same and there are only a few different types of flowers Bebee can harvest.

The audio in Bebee the Bee is pleasing and is partially voice acted. The music is pleasant though it lacking variety. The same goes with the sound effects, it seems there are only a small handful of sound effects that are repeated over and over again. I really appreciated the game was partially voice acted, but I am not completely sure if the voice acting is done by a computer or by a first time voice actor. Although the voice itself sounds extremely natural with a hint of an Australian accent, the cadence in the speech sounds extremely unnatural. 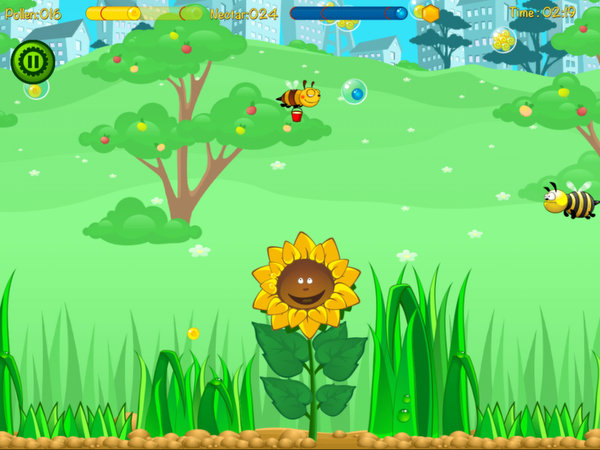 The first chapter of Bebee the Bee is free, the rest of the game can be purchased for a one time purchase of $4.99 or each chapter can be purchased for $2.99. Unfortunately the price range for the game is way too high. Playing through the first chapter is most likely going to be enough for most players. Although the visuals are decent and the game manages to fit in some voice acting, the gameplay is average at best. It is simple enough for a child to enjoy, but I struggle to see the game keeping the attention of a child long enough to warrant the $4.99 in-app purchase. But considering the first chapter is free, there is not much risk in giving it a download and letting your child have a whirl at it to see if it captures their attention for a little while. However, I doubt this game has the staying power to keep an adult occupied for long.