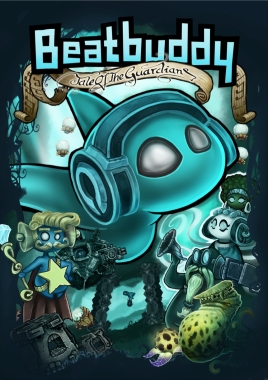 Overview
Beatbuddy has been a long time coming – quite literally. The action-adventure from the folks at Threaks has spent  around four years in development. In that time, it’s garnished multiple awards, several of which were for sound and music. This should really come as no surprise, given the all-star talent that has aligned itself with the project – but how does the game as a whole stand up? Should it be muted or cranked to 11? Let’s find out. 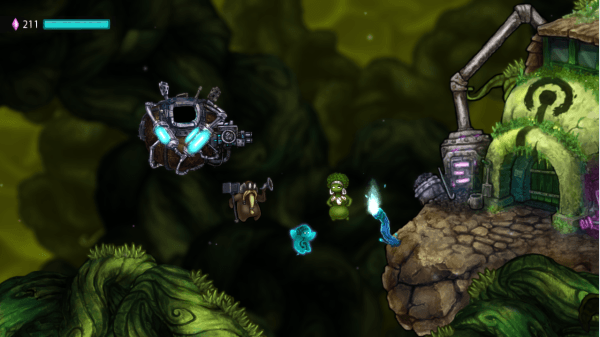 Story
Players will take control of Beat – a small, blob-like creature that lives deep in the ocean, in the land of Symphonia. Here, everything is powered my music and world maintains its balance with rhythm. One day, you’re made aware the something is very wrong, and all of Symphonia could collapse as a result. The selfish Prince Maestro wants the power of music to wield as his own, but with a little help, you’ll traverse the world, solve puzzles, and restore the balance to keep Symphonia safe!

Gameplay
To say that Beatbuddy is a platformer would be somewhat of a misnomer. In action, it’s really more like Threaks took the swimming mechanic from a Super Mario Bros game, improved on it, and designed everything around that. Maneuvering the world of Symphonia is really fairly straightforward. You point the direction you want to go and move that way. You can use a quick burst of speed for working through situations that require a little more hurry, punch to take out enemies and activate switches, carry things from one point to another, and more. 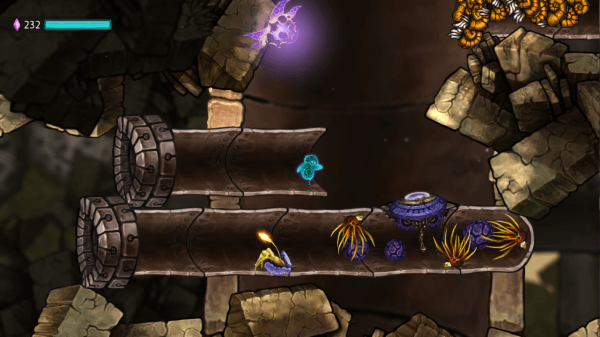 Rhythm is a tremendous part of the world. Though we have an “Audio” section below to exonerate it, the sound design is like the sugar of a Beatbuddy cake. It’s such an integral part of the experience, that it can’t be taken out without destroying the cake. Everything you run across in the game adds to the aural experience. Bulbous flowers that blast you around the environment thrum to the beat of the bass drum. Snails and slugs play hi-hat and guitar in tune with the song of the stage. Even the vehicle you occasionally get to drive will only move in rhythm with the song. Everything down to the cleverly designed puzzles in each stage all work in wonderful harmony. It makes for a truly engrossing experience.

The characters in Beatbuddy bring a tremendous element to the game. They all have a relatively cute individual character design. Beyond that, they’re brought to life with sharp, witty dialog that both drives the narrative forward and provides some wonderful, humorous punchlines, too. You’ll feel sorry for the two guys who are primarily used for comedic fodder, but you won’t be able to help laughing along as they blunder from one situation to another. They’re all likable and contribute to a well written storyline (with help from Rhianna Pratchett of Mirror’s Edge and Tomb Raider fame). You’ll look forward to seeing not only what characters have to say, but listening to how they say it. 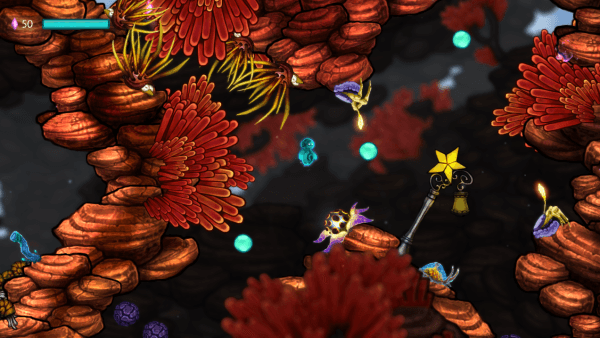 For everything Beatbuddy does right, the game isn’t perfect. There are occasionally bugs that cause the environment to fail to appear. This makes navigating virtually impossible. While it will set you back a couple of minutes to reload your last checkpoint, it’s nothing game breaking, though.

Visuals
Beatbuddy really is a great looking game. Character and world designs, as previously mentioned, are cute. The colors are warm and inviting, often playing off one another to great effect. World design also does a great job keeping things varied and interesting. 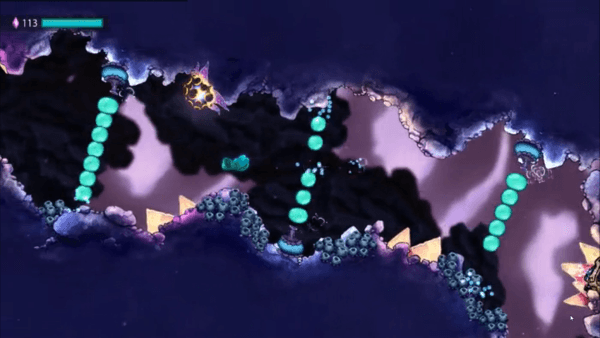 What’s even more telling, though, is the fact that screenshots genuinely cannot do justice to this game. When everything is put into motion, it takes on a life completely its own. Sure, you can get an idea of the game from seeing a picture, but even more than other titles, Beatbuddy will completely surprise you when you experience it full-bore. It’s really a treat.

Audio
“He who has ears to hear, let him hear!” Beatbuddy is, without a doubt, one of the strongest musical games released in years. Deciding to invoke rhythm in a different manner than games like the Rock Band and Guitar Hero franchises was a fantastic choice. With the power of names like Austin Wintory (Grammy-nominee, Journey), Parov Stelar and Sabrepulse (Chime), Beatbuddy brings some real pedigree to its soundtrack. 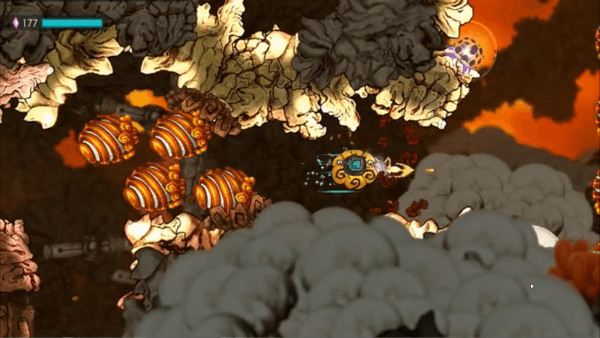 Every single sound in the game has purpose, and it’s beautiful to listen to. The environment was made to interact with your ears. Characters speak in beatbox, enemies attack in rhythm with guitar and drums, and more. It’s all so crisp, it’s hard to stop playing.

Overall
Overall, Beatbuddy: Tale of the Guardians is a truly standout game that deserves the many awards it has won in its run up to release. Character design, story, level design, and more are all masterfully crafted. When you take into account the incredible work that’s gone into synching everything to the fantastic soundtrack, though, you have a game that delivers an experience few titles can. This game will have you smiling whether you want to or not. It  is a must-play for fans of rhythm games and a top tier adventure for everyone.