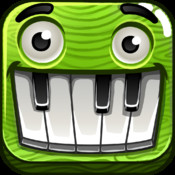 Overview
When you get a game that has billed itself as a tool to help folks improve their musical skills, you know you’ve got an odd walrus to deal with. It’s supposed to be both educational and fun, and games have traditionally tread that ground too far in one direction for the whole statement to be true. With that said, what is Beat the Melody? Can it live up to the ideals of being both fun and educational or does it trip and fall off that fine line? Let’s find out. 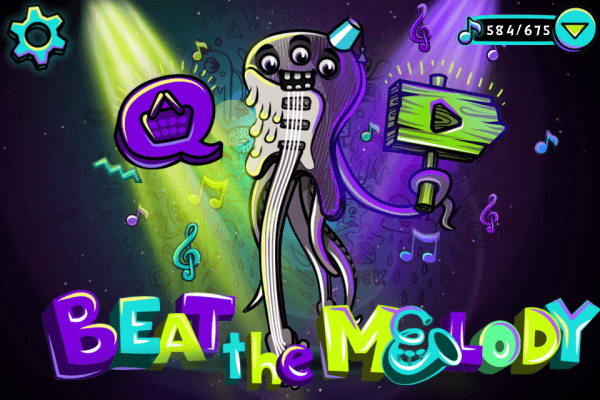 Gameplay
To classify Beat the Melody as a rhythm game would be a bit of a misnomer. It contains music, but you don’t even have to be able to tap your feet to a beat to play the game.

The premise of Beat the Melody is simple. There are several song groupings. Within each grouping, there are twenty-five stages. Each stage consists of the game playing a tune anywhere from four notes on up (“Flight of the Bumblebee” can have over 130 notes on later stages). Players will then try to reproduce the notes by tapping on the screen. 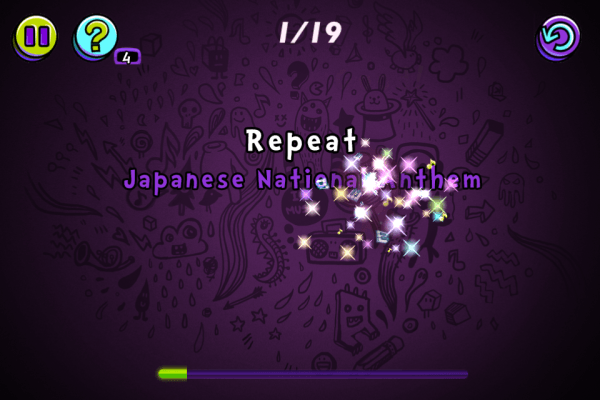 The controls are easy to pick up. When trying to recreate the song you just heard, you’ll tap somewhere on the screen to produce the first note. From that point on, you simply tap higher (to the right), lower (to the left), or the same spot (same note). The idea is quite simple and well implemented, but it presents a problem or two. What happens if you start too high or low on the screen? You’ll ultimately end up having to take a ding on your score and re-center yourself. This can be doubly frustrating since “completing” everything requires 3-star ratings on each stage (much like Cut the Rope or Angry Birds), and that requires hitting every single note for a tune.

The game is, in its release state, riddled with bugs. In a few hours of gameplay, I witnessed more than half a dozen complete app crashes. The game also warps itself terribly if you try to turn your device vertically. On top of that, seven of the eight instruments they use as a selling point for the title are only available via DLC. For a game that’s already $2.99 USD on release, this feels unacceptable. 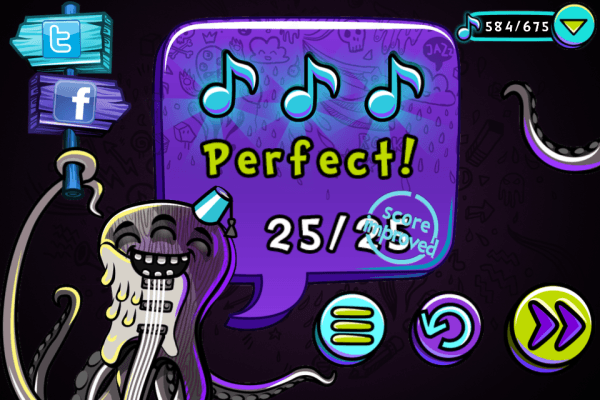 Visuals
One of the key game features the literature for Beat the Melody touts is the ability to “play even without looking at the screen.” Taking a quick glance at this game, it’s easy to see why they would hope to sell people on shutting their eyes while they play it.

The game uses only a handful of colors in its palette. A few different mascots can be seen throughout the game, but the most prevalent is an awkward looking three-eyed guitar-octopus chimera. Actually playing the game is also woefully plain. The user interface is made up of a wallpaper, progress meter, and not much else. It would have been nice to have some warm, inviting colors or something that indicated you were on a moving musical scale. 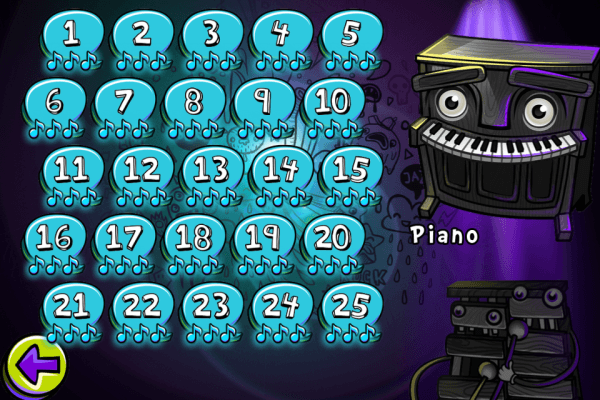 Audio
For a game with a core focus on music, it’s surprising that the audio portion of the game can feel so flat. The game presents itself with a roster of over 200 songs, but that’s not completely accurate. Several of the songs are reused from one song grouping to another, often with nothing more than a couple of additional notes.

Given that the game was done in conjunction with the Academy of Music in Wroclaw and that you’ll initially have to play everything on piano, it should come as no surprise that the vast majority of the songs are either from classical music or tunes we would consider to be classics. There is nothing modern or hip here. There isn’t even anything from the last few decades that you’ll recognize here. 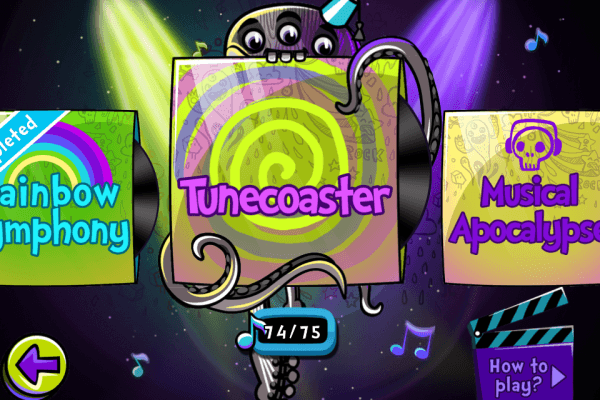 The game’s literature also touts the ability to play its tunes from eight different instruments. The problem is that 7 of them will actually cost you money the moment you want to play them. To their credit, though, app updates are already being released to add a little additional content, so hopefully this will continue for the foreseeable future.

Overall
Beat the Melody is a game with more ambition than it really had to back it up. Inadequate visuals and a drab game mechanic hurt what could have been a solid title. The music library is decent and growing, but it would be nice to have some more modern tunes (and access to other instruments without monetary disruption). The game is also plagued by technical hiccups and odd design choices. Even with all of that said, though, there is a certain satisfaction to perfectly recalling all of Beethoven’s “Ode To Joy.” The game tends to swing more to the “fun” end of the pendulum, but too much keeps it from ever reaching its goal.