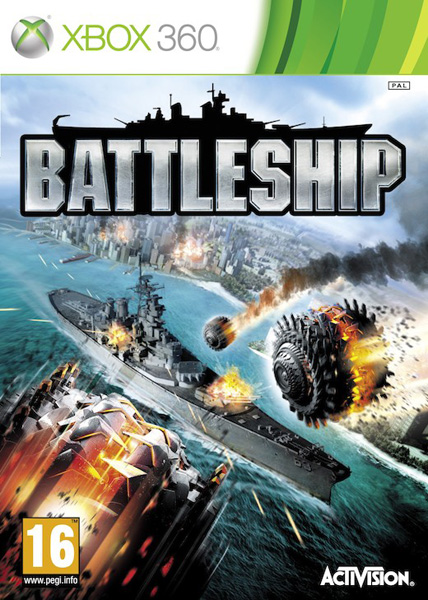 Another year, another licensed game to go with a blockbuster movie release. Battleship, the game based on a movie based on a board game, is a first-person shooter that mixes in some strategic, grid-style ship play. Does the unique premise keep the game afloat or does it sink under the weight of its movie license? 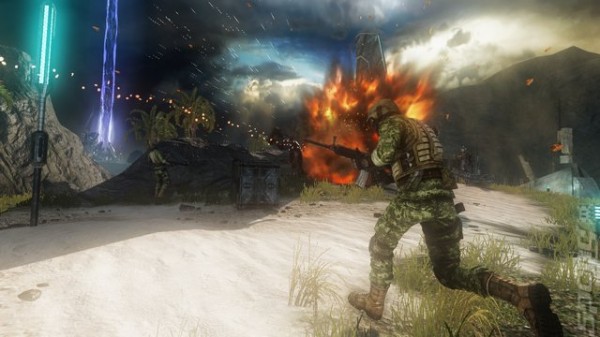 Much like the summer movie that inspired it, Battleship does not include much of a story. Aliens are attacking the islands of Hawaii and you, a ground trooper who somehow is also responsible for controlling the movements and missions of the United States Navy. Yeah, I didn’t really get it either.

Anyway, the game starts off with aliens launching a surprise attack, and you’re immediately thrust into shooting your way through various levels in first-person with controls almost identical to that other Activision game that comes out about once a year. The kicker is that you have a naval command device that zooms you out of the action and shows the entire map on a grid. The device then allows you to command ships in the grid to take out enemy vessels or move into strategic points that will allow you to call in missile strikes and the like. Aliens you kill will drop power-ups which will give varying bonuses to your ships – you can upgrade armour, attack, range, or even assume direct control of a ship and blow up an enemy yourself. 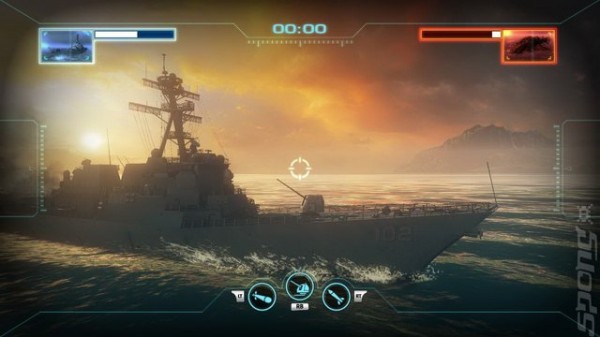 While this concept is interesting at first, particularly because you can often see the ships battling alien vessels from the islands, the time it takes to load the grid view isn’t particularly quick, and you’ll often feel like you’re being taken out of the action when you do try and micromanage their positioning. This is exacerbated by the fact that loading the ship control interface completely pauses the game. So even if you’re standing in the middle of a firefight, you can load up the ship controls and move stuff around for five minutes and still be completely safe.

And, much like commanding battleships, the level design becomes repetitive and tedious. The game’s setting is the islands of Hawaii, and, as such, each and every level involves landing on a tropical island, blowing up some alien technology, and being extracted from the area. Over and over.

The objectives occasionally vary and include sniping sections or defensive missions, but it doesn’t do much to alleviate the tedium, particularly with the less than effective checkpointing that can set you back some fifteen minutes. Basically, even though the game’s campaign isn’t particularly lengthy, you’ll be quitting to go do something more interesting long before it’s over. 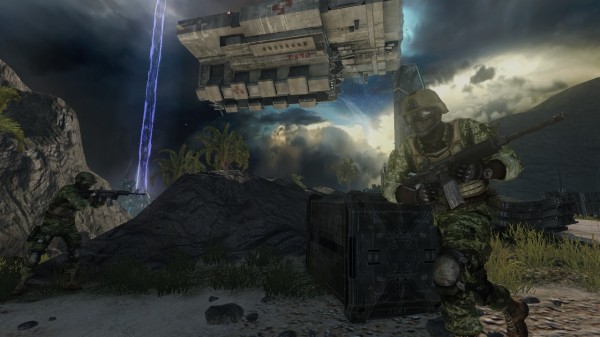 Though the basic design concepts behind the game may be different to the norm, the way in which they’re executed screams of a product rushed out to be released in time with the movie it’s based on.  Which is unfortunate, because there really is a lot of potential there.

Battleship‘s graphics vary from pretty to ten years old. When looking out from a ridge out at the ocean with ships battling in the distance, the game gives off an epic scope that could draw anyone in. The problem is that this presentation isn’t matched in the tasks the player character himself must accomplish. You’ll see the same muddy textures over and over, the lighting is far behind the standard, and the environments, which are already similar locales, reuse assets excessively. 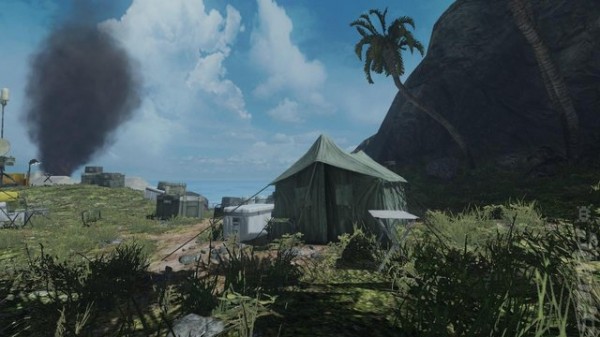 The game’s score fares no better. Generic battle tunes that would fail to get the blood pumping in even the twitchiest of gamers are the rule rather than the exception. The saving grace for the sound design are the good gun effects. Each weapon, be it alien or human, feels powerful, and calling in mortar strikes results in an extremely satisfying boom.

Many film companion video games comes out every year, and most are rushed, boring, and uninnovative. The same applies to Battleship.

And that’s a shame, because there were clearly some smart heads on the design team who tried to bring something new to the otherwise generic shooter via the naval elements, but whether there were time or budget constraints, the end result was poorly executed. For every reason to like Battleship, there are two to hate it. The lack of any multiplayer whatsoever does little to help the value anyone could garner from this game. Unless you’re craving a new single-player FPS and have really got nothing else going on, you should probably stay away from this game.