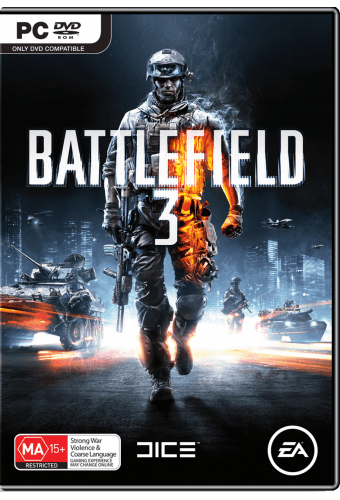 Battlefield 3 is the latest in a long line of war based shooters from DICE and EA. The game features a Single Player campaign as well as an extensive Multiplayer component, that really seems like it was the focus of the games development. Unfortunately for the game, the campaign was quite lacklustre in it’s plot and excecution while the Multiplayer was brilliantly designed and a blast to play.

Story:
The story in Battlefield 3 is, in my opinion, not at all that engaging. The developers seem to have taken a cue from another popular title that was released during development (Call of Duty: Black Ops), in that your main protagonist is being interrogated by some kind of government organisation. Further, the story is told disjointedly and feature multiple main characters, some of which die in very unfortunate ways.

Throughout the story, you are a part of a small squad of marines (and by small, I mean small; less than a platoon) who seem to be doing more commando/ counter-terrorist work than any hard military jobs. For example, in one part of the story, the main character is made to cover a small group of marines as they begin to raid a shopping mall. While a marine is likely able to work a Sniper Rifle, doesn’t the army have it’s own squad of snipers for that kind of job; somebody specially trained to assist in these situations? 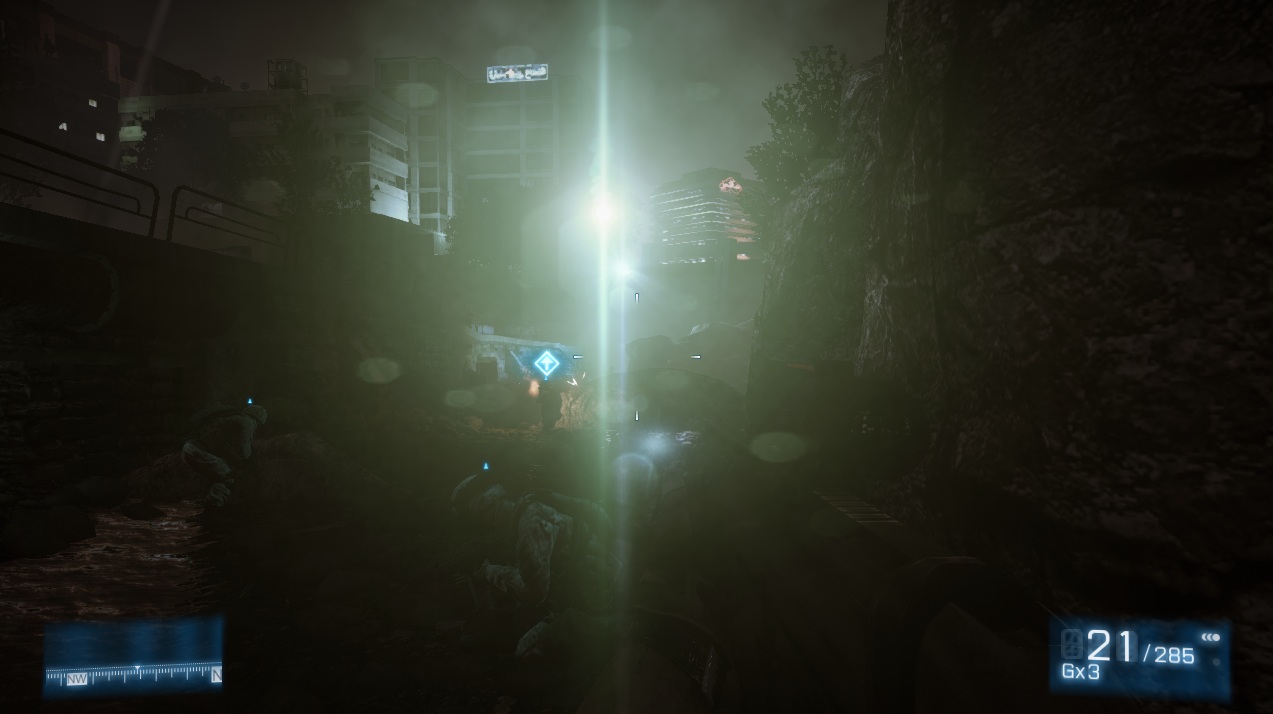 Throughout the campaign, I never really thought of myself as a marine. I frequently regarded myself as a counter-terrorist being made to strike tactically through dark streets and engage with scripted enemies that sometimes seemed like there was more of than in a small town. What really got to me during these tactical moments though, was when you’re required to stealthily take out an oppenent.

In this one part of the game, your squad mate tells you to creep up on this guy standing guard with backturned near a doorway. Being the stealthy guy that I am, I figured that running at him would alert him to our presence and he’d lay waste to us, so I went into prone and crawled up on him. Little did I know that being too stealthy would cause my character to suddenly drop dead for no apparent reason.  The next time I did it, I sprinted at the enemy and knifed him to death; it’s amazing how stealth works in this game.

The campaign also features an abundance of cross-eyed soldiers that appear on your team throughout the game. These are men who will waste an entire clip of ammunition in the direction of an enemy and not hit them at all. Even on Easy, your team-mates are pretty much just there for show. Which was unfortunate as I recall team-mates being more effective in the previous PC Battlefield title.

The campaign isn’t all bad, even if it only feels like you’re on a battlefield a small amount of times, as you get to fly around in a jet early on. This was probably the most amazing thing that I have done in this game. It felt amazing! I had so much fun being in the backseat of the jet and missiling enemies that I didn’t care that it was on-rails. Though, I love the feel of flying outside of games, so that may be impacting on how great the section really was. The only thing that bugged me about this section of the game was how they integrated it into the story. The interrogators just bring her up randomly, the main character says he has no idea what they’re talking about, her (the planes gunner) target had no impact on the overall story and the entire set-up was just a ploy to get you into a plane. If they had’ve had a decent storyline, instead of copying the latest fad, they could have found any other significant way to include jet-flying within the game. 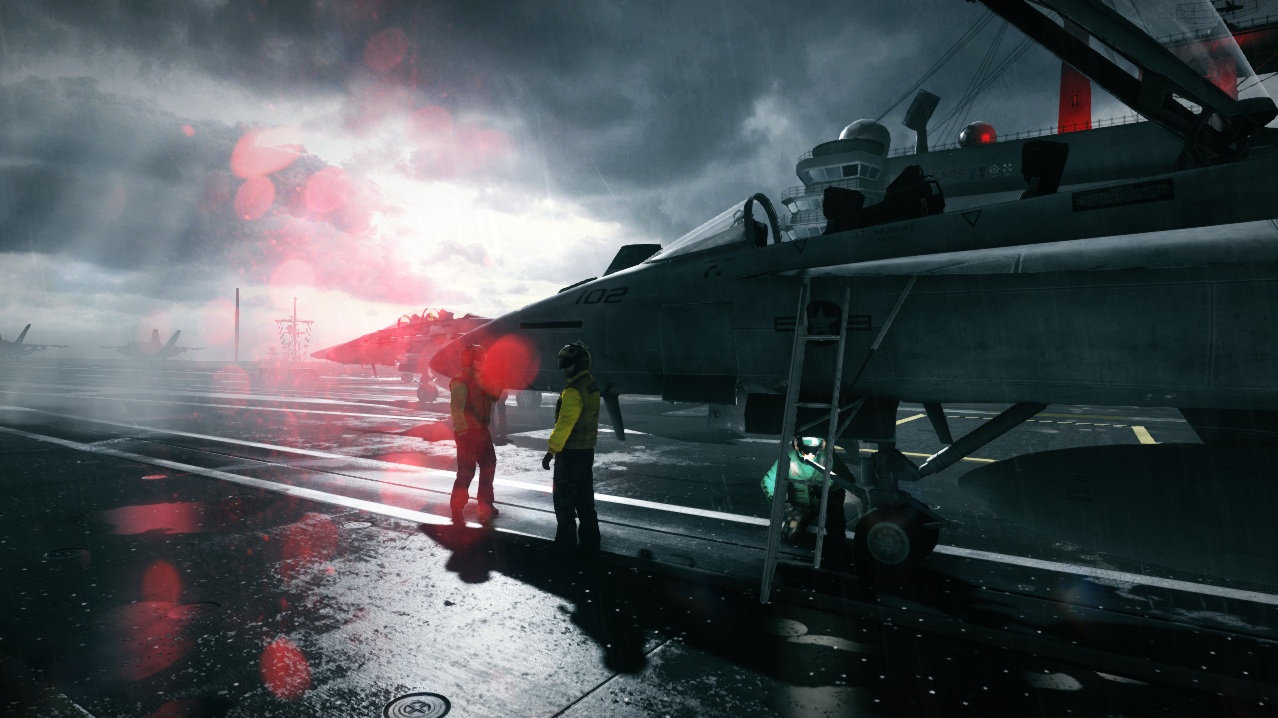 My biggest gripe about the story in Battlefield 3 is that none of the main characters are people that you would really care about, and just as you’re sick of not caring, they die. You can obviously tell when a character is going to die, simply by the amount of nonsense that the developers have lumped onto a character to try and get you to care about them in the brief amount of time that you will be playing them. For example, one of the main characters is given a toy by his son. This built to give the character some kind of background to get you to care about his death later. But you don’t, it feels like it was a ploy to force you to like the character and you wind up not really caring because you know he’s going to die anyway.

However big the flaws may be in the single player campaign (not including having to be online to even access it), it is still a pretty fun experience; but it is not so fun to warrant a purchase if you’re a single player gamer.

Visuals/ Audio:
On ultra settings, Battlefield 3 is probably one of the most prettiest games on the market to date. On high settings, it is a step above Bad Company 2 on PC. The game does throttle pretty well, so that if you have a lesser graphics card, you will be able to run it with just a little tinkering. I’m actually running an ATi 5770HD and can run it on ultra with anti-aliasing disabled with a pretty decent frame-rate (~30-40 fps, sometimes fluctuates lower). I’m not sure how you’d fare with a lesser card, but leaving the settings on auto or using auto as a guideline should help you to customise your Battlefield experience to it’s fullest.

It is incredibly evident that the developers have put a lot of effort into the graphics of the game as the game looks beautiful, in regards to the environments, and features amazingly detailed skins for soldiers and vehicles. Even the water effects are great. 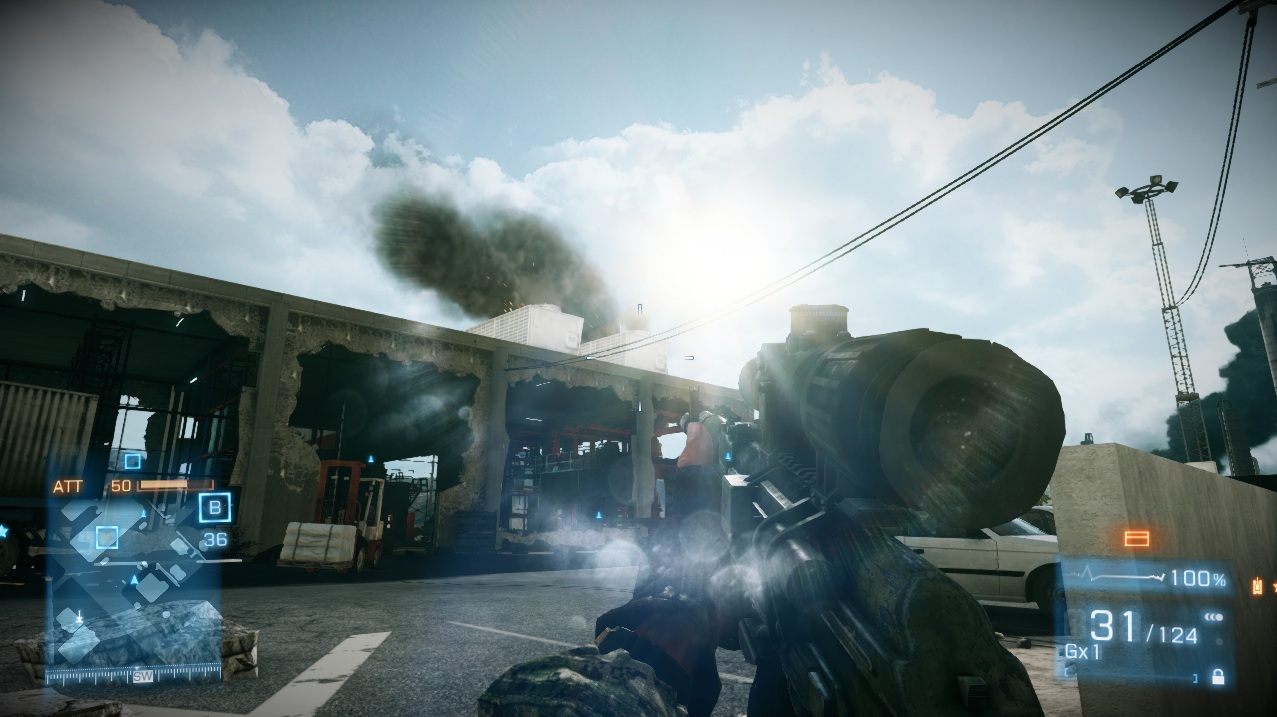 In regards to audio, Battlefield 3 features an amazing array of weapon sound effects and explosions. The very few pieces of music in the game are incredibly well done and help set the mood quite well. However, I did find the music under-used in the multiplayer, in that it is only playing during the loading screens, but it did feature prominently in the story.

One of the most memorable moments for me audio-wise, is when I was gunning down enemy players in an alley-way and a rocket flew right past my ears. The sounds really added to the immersion of the game and helps draw you into the Battlefield experience.

Gameplay:
In this section I will mostly be covering the generic mechanics as well as the multiplayer as I covered most the single player in the story section.

Battlefield 3 plays like most shooters, point, click and kill. But what makes this different is the way in which you conduct yourself on the battlefield. As Sun Tzu would say “Strategy without tactics is the slowest route to victory. Tactics without strategy is the noise before defeat.” So in order to do well on the battlefield, one must first have a plan and a method to carry out that plan; as having a method without a plan will leave you incredibly dead. What I really mean is to think about what you’re doing instead of just sprinting in a straight line from conquest point to conquest point. 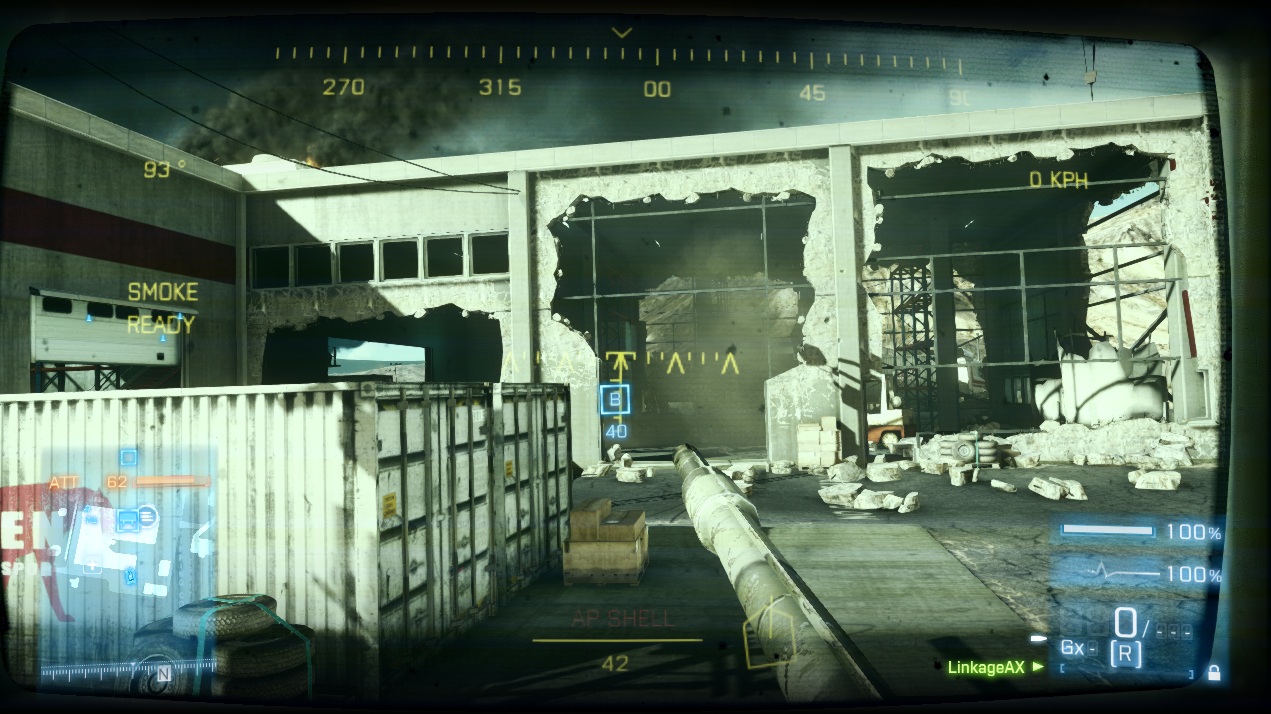 In the multiplayer the game consists of a few different gametypes. These are Conquest, Large Conquest, Team Deathmatch, Rush, Squad Rush and Squad Team Deathmatch. Each of those gametypes are played across most of the maps in the game, but the playable area may be different depending on the gametype. For example, a team deathmatch map will utilise a much smaller area (one section of buildings, or a section that is best suited to the game type) compared to large conquest, which is likely to utilise the entirety of the map. I will discuss most of the gametypes in greater detail below.