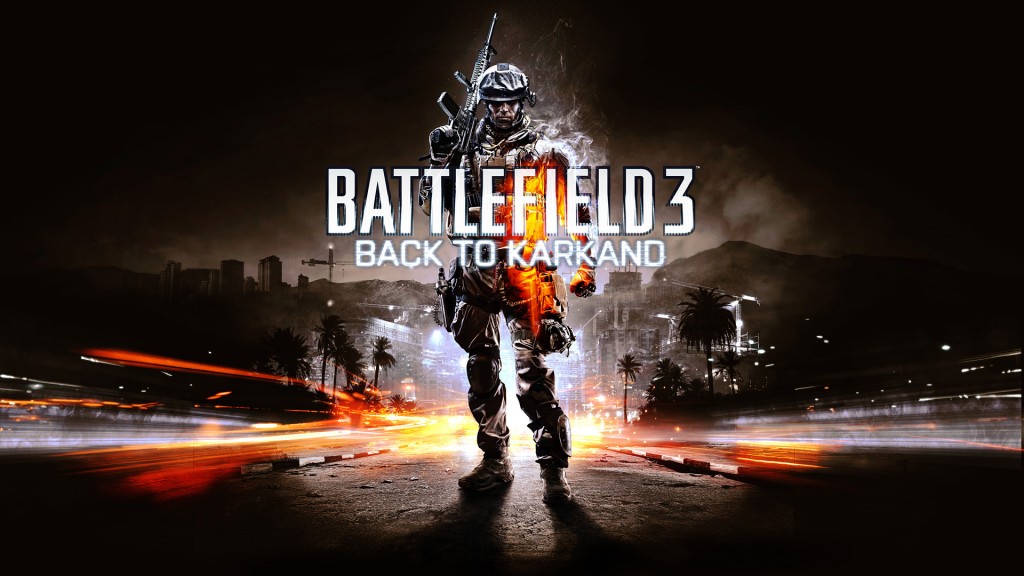 Overview:
A major qualm I have with downloadable content is that more often than not, the pricing is way off. As you can imagine, I am referring to downloadable content that is simply more costly than it is worth. Unfortunately for Battlefield 3’s first DLC map pack, that is the case.

Back to Karkand is comprised of older maps (albeit reinvented), along with some minor new additions. While that is all well and good, is it really worth $15.00? 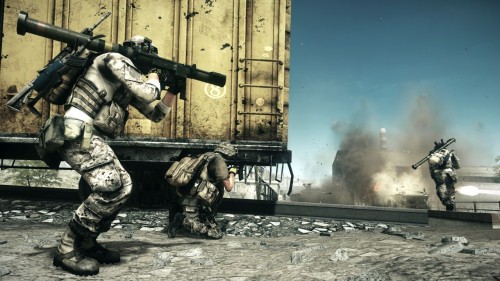 Content:
Let’s be honest here, there is a pretty decent amount of content in the Back to Karkand DLC pack, that is for sure. But the problem is that, it almost feels as though it should have already been a part of the game from the get-go.

I find it difficult to comprehend why this DLC is not free or why it was not originally in the game itself to begin with. The ‘new’ maps, if you want to call them ‘new’ are as a matter of fact ‘old’ maps. Fans of the series who have stuck around for the long haul, would most certainly have played these maps previously in Battlefield 2, while it is a nice nostalgic kick back for those players, it is also a point of fault with this DLC.

It is a DLC pack that rewards new players instead of the series veterans. Instead of providing new content for players, the easy route was taken in simply revamping the old maps, knowing a lot of the newcomers would not know any different. If you had played these maps in Battlefield 2, besides added destructible environments and updated graphics, there is very little else you have not seen before.  It is a sad thing that EA have chosen to reward those just jumping on with the series instead of those who purchase each and every single title with the Battlefield name.

The maps themselves are as good as they ever were and many of the games bugs are patched with the compulsory 2 gigabyte patch (along with the size of the DLC itself that was definitely a knife to the gut of my download limit for the month). The stand out addition in the entire map pack is perhaps the least marketed update – Conquest Assault. A new gameplay mode, which is a variation on the Conquest mode.  It’s a nice little addition, that gives a little more mileage to the update.

All in all, there is truthfully not anything too enticing for veteran players to sink their teeth into, with just plain sucks. If you are new to the series however, you will have more than enough to appease your lust for more Battlefield content. 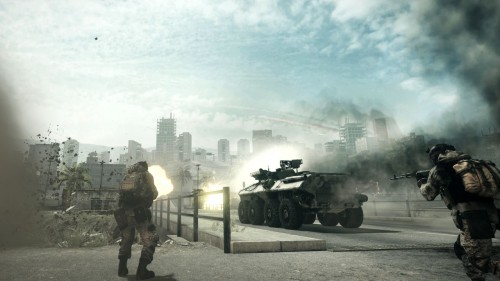 Visuals and Audio:
Back to Karkand looks just as good as the rest of Battlefield 3 does, which means that the new maps are treated to Frostbite 2 powered up-scaling, making the maps look as good as they ever have and then some. There is definitely no disputing that the maps look great.

The same can be said for the DLC’s sound. It is essentially just like the rest of Battlefield 3, which is pretty damn good. Unfortunately all the bells and whistles of the the updated graphics, can not hide the fact that this DLC is ultimately a hollow update that is little more than a graphical enhancement of an old games maps. Fans will get a kick out seeing the maps with new graphics and sound quality, but that will wear off into a sense of disappointment. 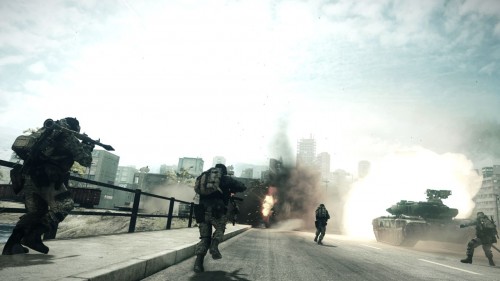 Overall:
As a whole, Back to Karkand should not have been paid DLC and it most certainly should have already been in the game from launch. It provides veteran players with a brief waft of nostalgia, but once that wears off all that is left is nothing but remorse. I am sad to say that, Back to Karkand is not worth the asking price and if you were smart enough to pre-order the game to get the DLC for free, the more power to you.

It is a sad day, when the Battlefield franchise, a once highly regarded series, has taken such a fall from grace, to the shallow depths of punishing their fans in ways only ‘that other FPS franchise’ would. Back to Karkand is ultimately a shallow cash-in and certainly not a very covert one at that.