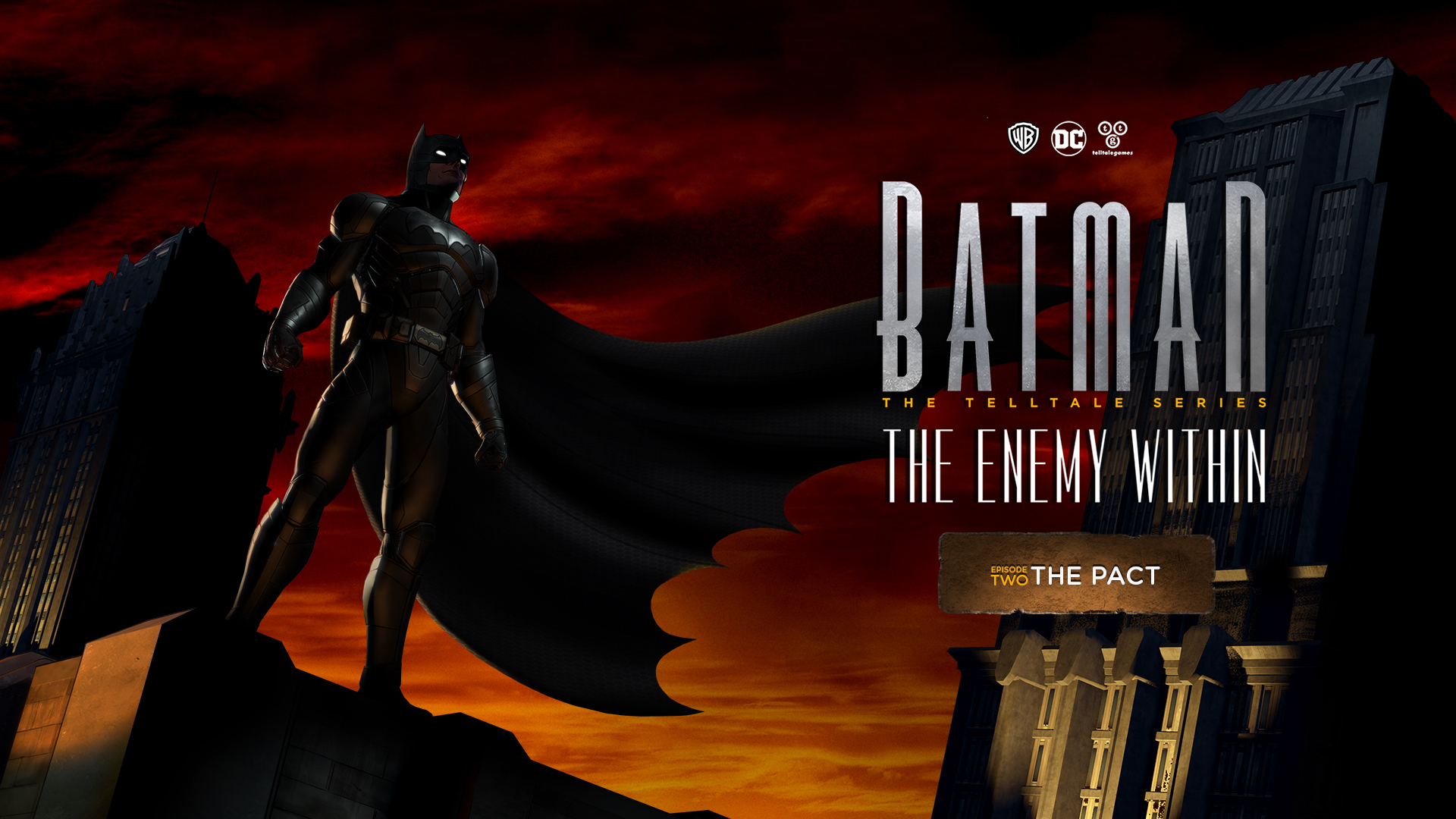 Batman: The Enemy Within – The Pact

After delivering a first season that blew expectations out of the water fans of Telltale Games’ Batman series had some high expectations for the second season and after the first episode it is easy to see that the writers haven’t lost their touch. By introducing a new villain and numerous twists that very few could have seen coming in the first episode, Telltale is back with Batman: The Enemy Within – The Pact. Does the series continue to move along at an intriguing pace?

It is worth noting that while this review will not go into major detail about plot points that are revealed in this episode, certain details about the first episode, The Enigma, will be discussed from this point on. As such, those who have yet to begin this series should do so before continuing on to avoid spoiling major events. 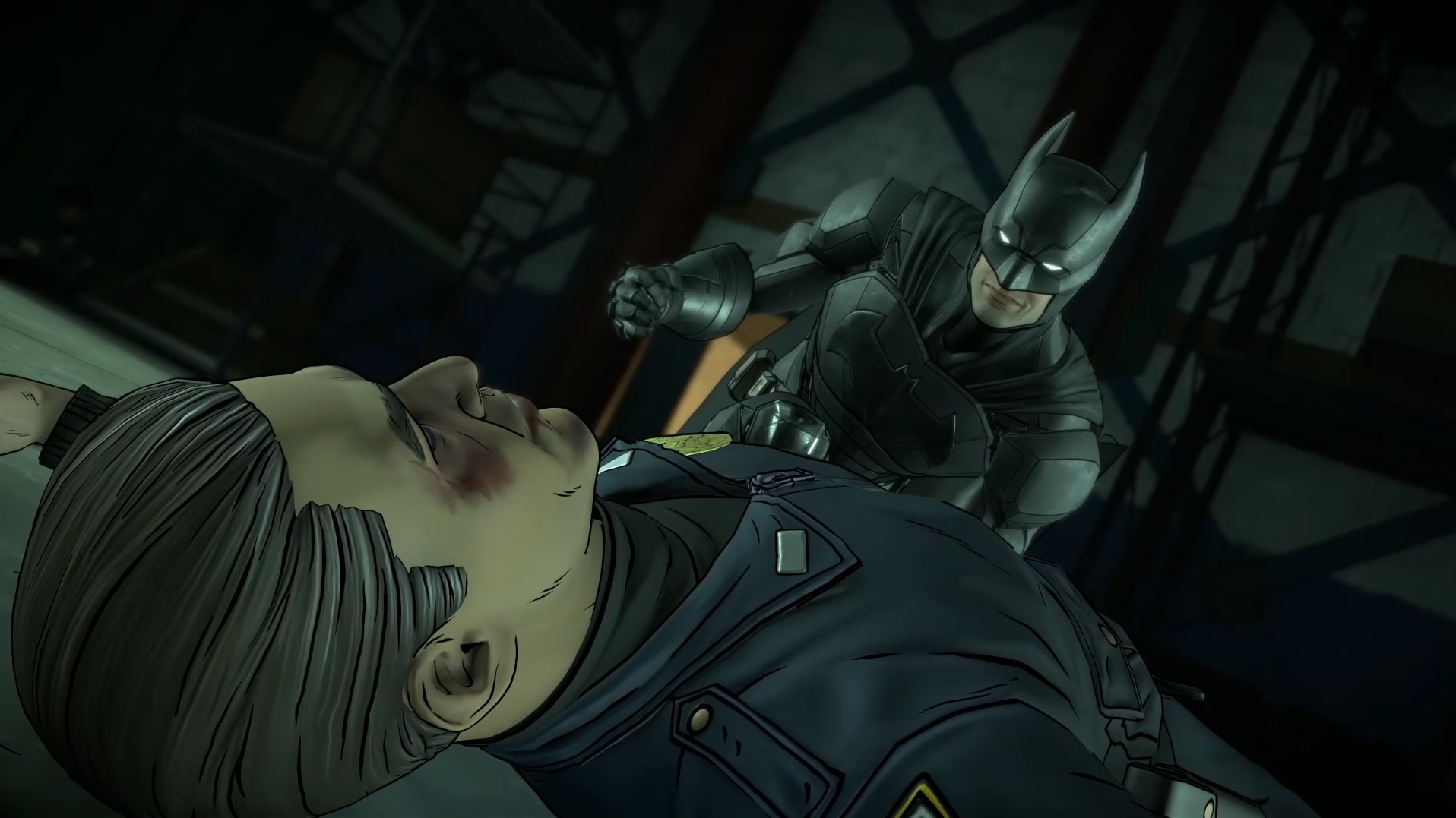 After leaving players with a major surprise at the end of The Engima, not only were we left with a storyline that felt like it had already wrapped up major details in only one episode but also one with numerous ways it could branch off as secrets regarding the rest of Riddler’s gang abounded and Batman’s tenuous relationship with The Agency had come to a head when it was revealed that Batman’s biggest secret was already sitting in Waller’s hands.

The episode begins immediately after Waller reveals her leverage and it doesn’t take long before the action picks up as explosions rip through Gotham. Not one to sit on his laurels even after seeing a villain die before his eyes, Batman encounters Bane and his gang robbing an armory. One would believe that Batman is far from a slouch but even he isn’t prepared for what Bane can wield and despite his best attempts, the Bat fails to stop Bane and is left beaten. This leads to an interesting new direction that we have yet to really see, even in a game that gives both Bruce Wayne and Batman equal billing.

Thanks to being mostly beaten down, Bruce opts to go undercover as his normal persona. With the help of John we find Bruce interacting with numerous villains as he tries to pass himself off as a rich man looking for a little excitement and perhaps a new form of power while also trying to mitigate as much damage to the city as possible. This creates a unique dynamic where Bruce must do what he can to not only prove his loyalty to these villains but also not cross the line that he has always held fast to, even if we are left with even more questions once the episode comes to a close. 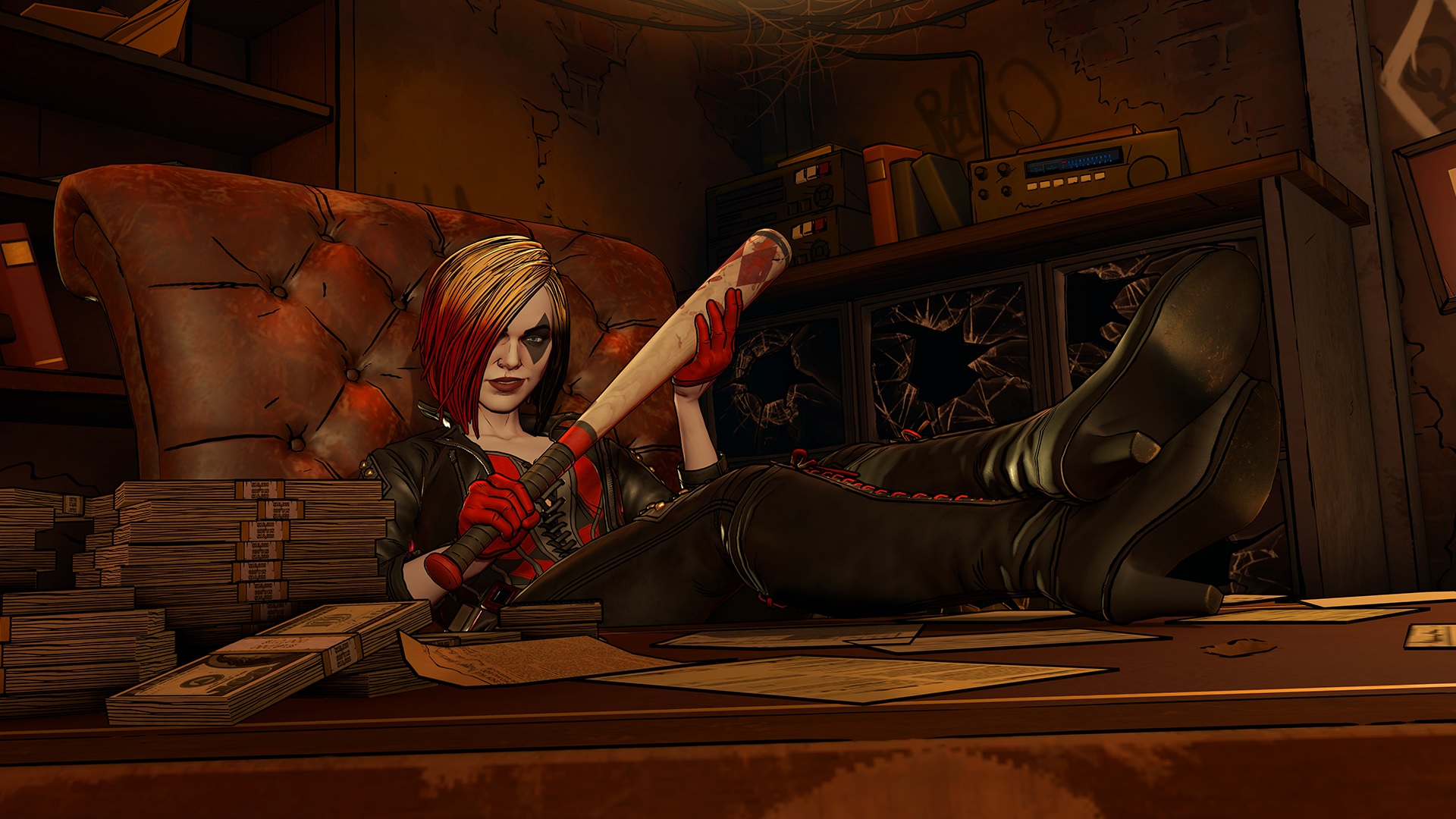 Not only is the handling of Bruce done in a fascinating fashion here, as players must attempt to juggle as many relationships as possible while trying to keep everyone happy if they want to remain a member of the group, but even with the Agency and Gotham PD at one another’s throats we find Batman’s loyalties tested in ways we have never seen before. Add to that the interesting dynamic of having Harley Quinn be the object of fascination for John rather than the way things usually role and we have an intriguing storyline that manages to test Batman’s morals and move the story along at a satisfying pace.

It is worth noting that thanks to most of this episode involving dialogue the actual puzzle elements are a bit low in this episode. Even the combat serves as bookends to this episode as we see the initial Bane confrontation begin the episode and a later battle featuring Bruce serving as part of the conclusion. That being said, there is still plenty to walk around and examine during exploration sequences, including a few funny tidbits that you can find here and there. 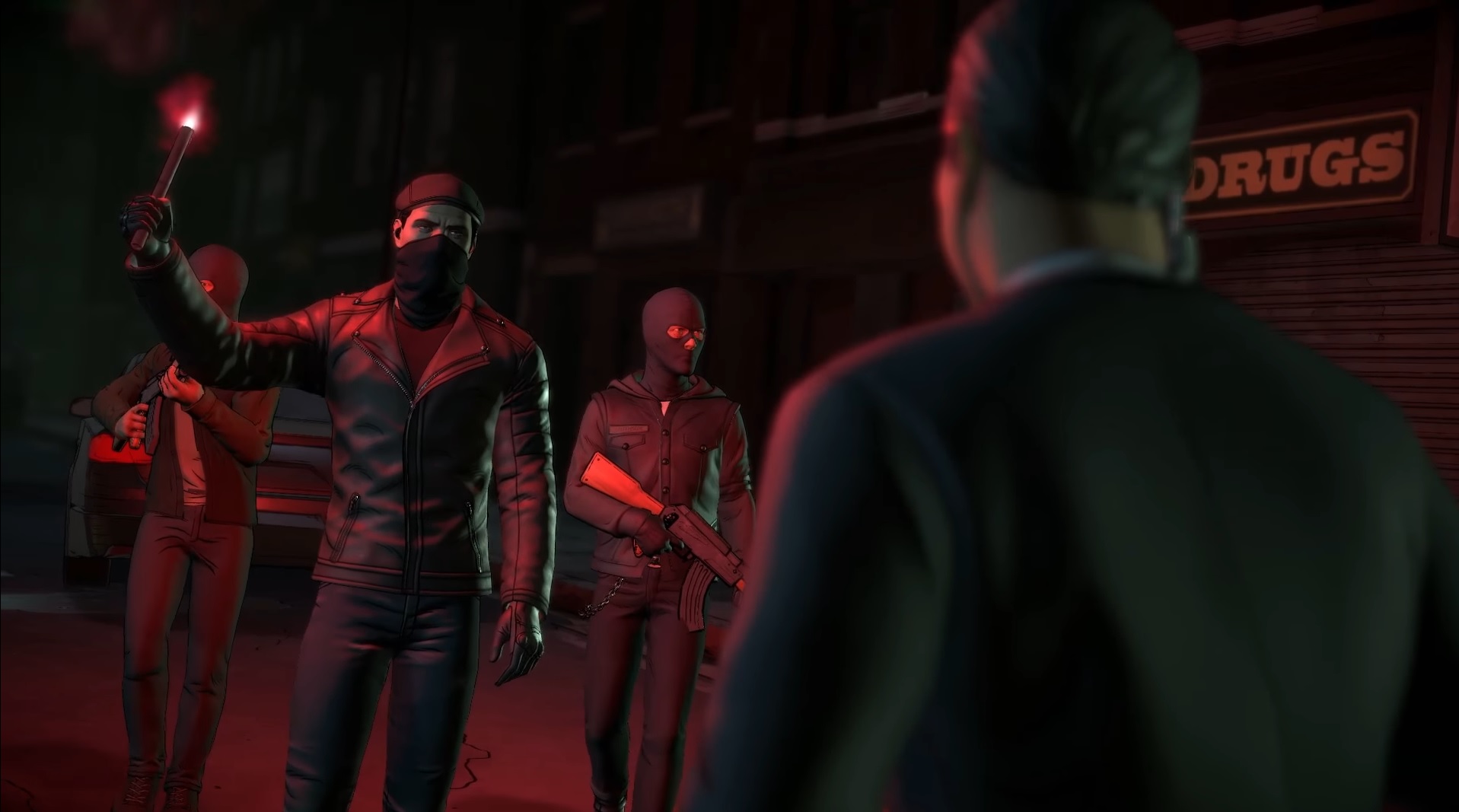 There are certain choices that the player can make however that gives them different options during later scenes though. This means that while your choices here may not play a major role yet, depending on how you’ve talked with these villains and the actions you’ve taken we might see some interesting dynamics in the future.

This episode introduces a handful of new characters to the series and it is rather interesting to see how Telltale Games has chosen to design their versions of Harley Quinn, Bane, and a certain someone else. Bane stands out the most by returning more to his roots rather than trying to mimic his most recent cinematic appearance while Harley is handled in a satisfying manner that bridges the gap between her classic look and newer designs. 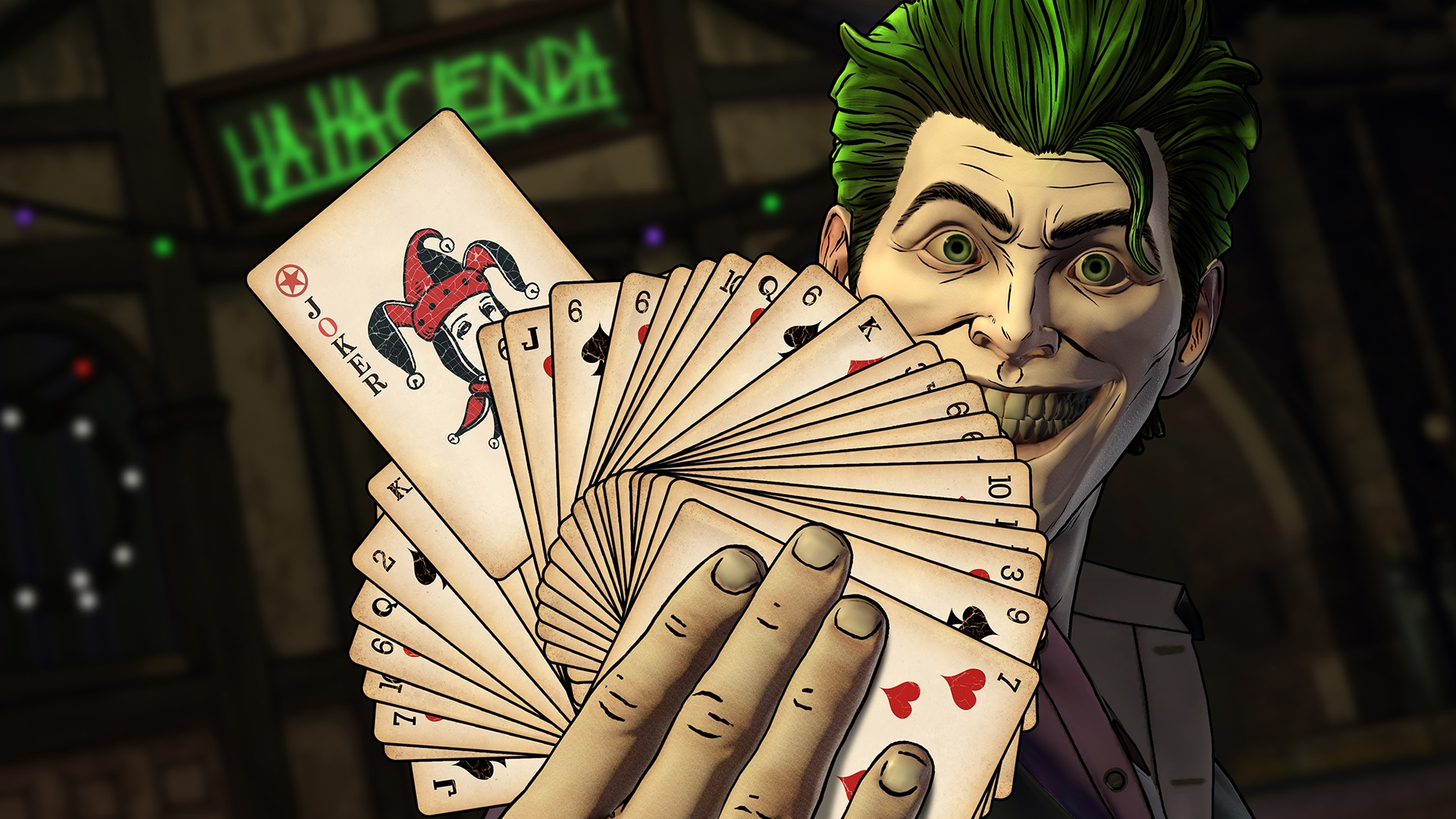 The voice work for these new characters is also handled quite well with Bane and Harley both sounding similar to their previous appearances, although Bane may be a bit more eloquent than some might expect and the third member of their gang is also handled incredibly well while the returning cast continues to handle their characters in satisfying fashion.

Continuing on a story that, for the most part, wrapped itself up in a single episode might have seemed like a difficult task at first but not only has Telltale managed to continue in successful fashion they’ve also provided a unique spin on things by making our encounters with the villains be one that is almost entirely Bruce Wayne focused. Although the puzzles are still lacking this episode gives players a fresh take on familiar characters and plenty of important interactions that leaves Bruce’s future wide open.

By offering a unique Brue focused experience while delivering a fresh take on familiar villains The Pact continues Telltale’s successful take on Batman’s story and will leave players excited to see where things could go in the next episode.
8.5