Imagine this, one of the most beautiful princesses in the land has been kidnapped, taken away by an evil sorcerer, and you are the only one who can help. You with your rippling muscles, inability to be swayed by snow or lava, and amazing skills. You also like to wander around in a loincloth and have no name, only legend. On top of all that, it’s a remake of a classic that was originally released in 1987 on the Commodore 64.

The gameplay is about as simple as you can get, and doesn’t really stray from the original. There is a d-pad that sits in the bottom left hand corner of the screen, an attack and defend button and every so often a special move also pops up once you’ve landed enough hits. 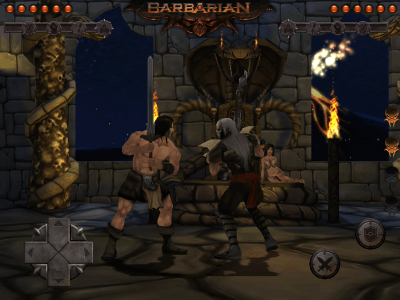 The controls aren’t anything to write home about, in fact I’d say the opposite. Especially at first try, they do get rather annoying and leave a lot to be desired with their accuracy. Despite the fact that they are simple controls, they are deceptively tricky to get a good handle on them. The response time is also not great, and more than a few times I was left yelling at my iPad as my opponent managed to pull off a last second defense that came out of nowhere and blocked my kill shot. It’s all a matter of getting the timing down and in comparison with the reaction time of games these days the timing takes some pretty intense predictive ability. Still, once you manage to get that one down, everything becomes quite easy. 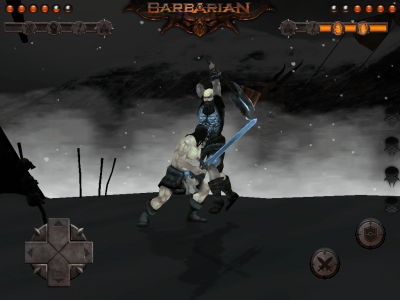 Rather than a learning curve it’s more of a line. There’s the part when you don’t know how to handle it, and the part when you do and it ain’t exactly a challenge. But don’t worry, that will change once again when you get to the final fight with the evil sorcerer. It requires you to completely change tactics, though the adjustment – while a direct contrast – is easy enough to make. By the time you make it to the end of the normal mode of the story line you’ll be fairly familiar with the controls and the timing. At that point even upping it to the next difficulty level won’t cause too much issue.

Apart from the story mode there is also arcade and survival, which are unlocked through finishing the previous modes. The arcade mode involves defeating a set number of enemies in a row, while survival involves, well, surviving. While the difference between these modes isn’t very distinguishable, and the story remains the same, but it actually does get addictive enough for the whole thing to be enjoyable. 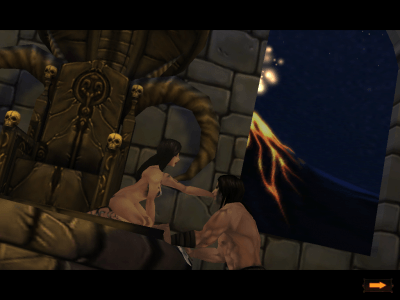 While the storyline is little more than a glorification of an uber-barbarian-man who goes to rescue the bikini-clad princess, it’s still an improvement from the original game.

The game stays fairly loyal to the original game, and anyone who played it when it initially came out will truly appreciate this revival of the classic.

The graphics are quite good, and a really fantastic upgrade from the 8-bit version. The graphics are sometimes slightly buggy, and there is sometimes a delay in terms of moves being shown visually. While this is annoying and sometimes does affect gameplay it is mostly just an inconvenience. 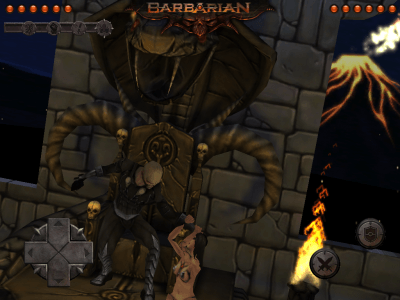 The graphics are well stylized and the characters are well designed, the barbarians have got a real barbarian air to them. Excluding your playable barbarian, they’re all actually rather sensibly dressed and look about ready to take on the world. The bikini-clad princess is just about as scantily clad as possible, appealing to the male demographic.

The soundtrack has also got the whole barbarian thing down, making you feel like you’re stuck in a movie. However, it is quite repetitive and gets to a point where you could probably sing along if you felt so inclined. Like the lagging of the visuals you will most likely experience some lagging in terms of the sound effects. Turning the sound off is something that I would not blame you for, especially since the grunting sound the men make is less than ideal.

Barbarian: The Death Sword is a great remake of a classic fighter. However, the fact that it is based on a classic arcade fighter from the 80s means that it may not appeal to everyone. The controls are a bit of an effort to get a handle on, but the game can get quite addictive once you’ve got it under control, but once you have mastered it entirely you may find yourself moving on to another app.

For more on Barbarian: The Death Sword, check out the gameplay video done below by our very own Master Abbott, who also holds the original game dear to his heart.