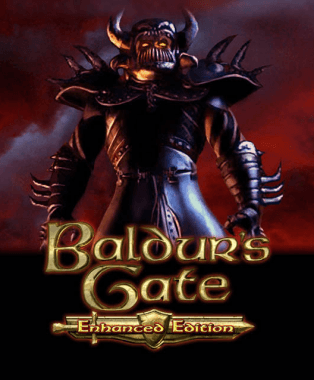 Overview
Summoned to life in the year 1998, Baldur’s Gate became a crazed addiction for role playing fanatics. Being able to build an unique character within the confines of the 2nd Edition Dungeon and Dragons Rulebook, it is no secret how it gained popularity. As BioWare basically summoned every DnD goer to play Baldur’s Gate, they had our full attention upon releasing its sequel – Baldur’s Gate II: Shadow of Amn. And of course let’s not forget the expansions for both of the successful titles. Now Overhaul Games has taken up the reigns to provide enhanced editions for both titles with included expansions on multiple gaming devices. Let’s see how the enhanced edition of the original Baldur’s Gate measures up…

Story
Being the enhanced edition, a few extra features were thrown into the title such as the entirely stand-alone storyline of The Black Pits. Separate from the normal game, a player can select The Black Pits and generate all new characters or play with the pre-generated builds. The storyline for The Black Pits surrounds an evil drow by the name of Baeloth the Entertainer who has mysteriously summoned you to the depths of the Underdark for his personal bidding. Baeloth used his magical prowess to take over an entire duergar colony and set in motion an Underdark Colosseum. While he is looking for champions to please the crowd, Baeloth needs to be center stage. Overstepping your bounds by defeating too many of his monsters will test his pride, and he will certainly summon other dimensional creatures to prove himself. I smell a revolution burning in the hearts of some of the duergar, but who will side with surface dwellers? 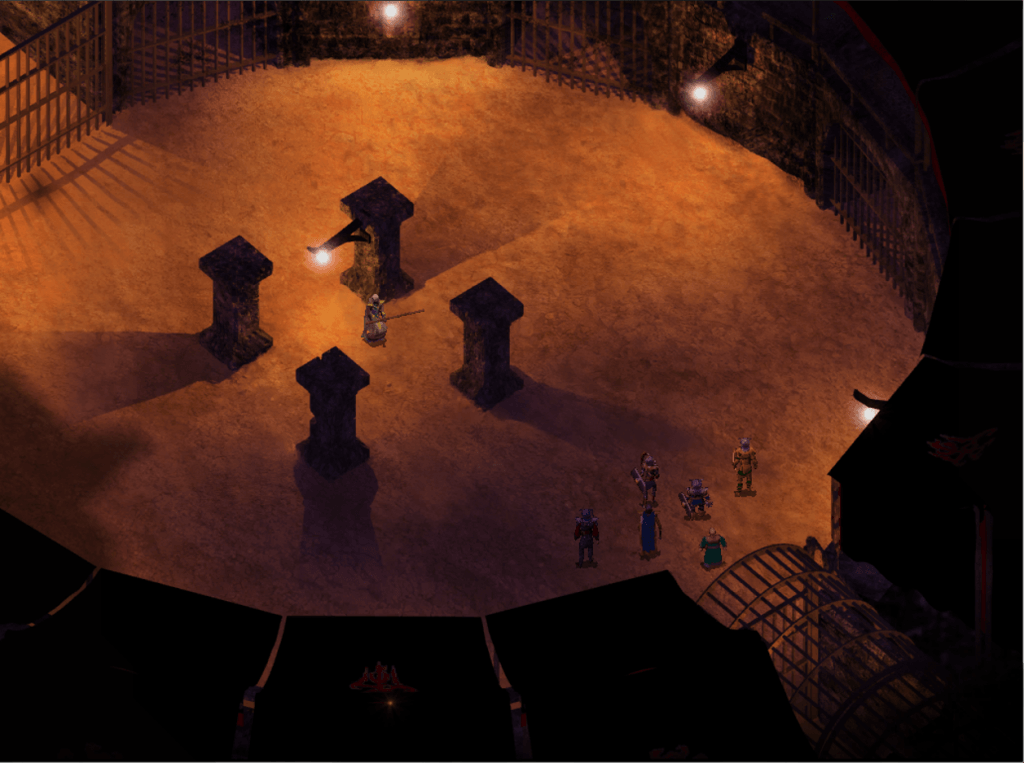 While the concept of The Black Pits is hardly original, the execution is brilliant. The ability to create an entire party separate from the main storyline is a great addition and allows a player to really divulge into character customization and build their own background. As the gauntlet battles ensues, the player feels the necessity to investigate the terms of his/her capture and pry enough secrets to help himself/herself in battle. Players even find themselves requesting the aid from an Illithid/Mind Flayer – creature that would feed on your brains – which would be considered vain to any good aligned character.

Additional stories have been added for quests of the new characters Rasaad yn Bashir, Neera the Wild Mage, and Dorn Il-Khan. Without spoiling any of the character’s stories, I would like to express my interest for each one of these added NPCs. I found it strange for a Calishite monk to be imploring others through the use of monastic skills near Nashkel’s Inn. By listening to his story or not, you are able to invite the Order of the Sun Soul monk to your party. Though listening to his story offers an interesting orphaned child not unlike your main character. The trials that Rasaad has undergone could nearly shake his faith, and your words can greatly affect his disposition towards being in the group. 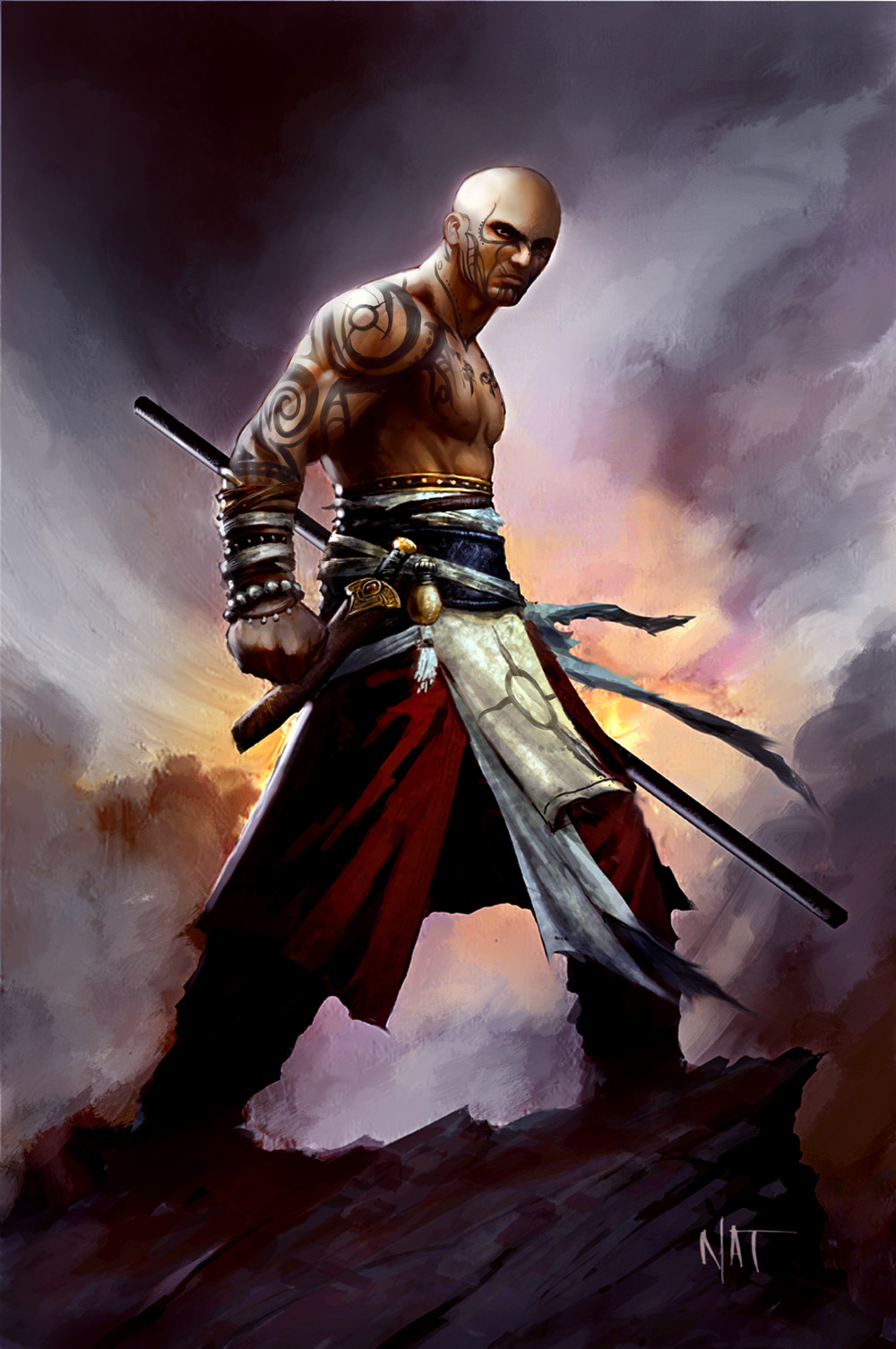 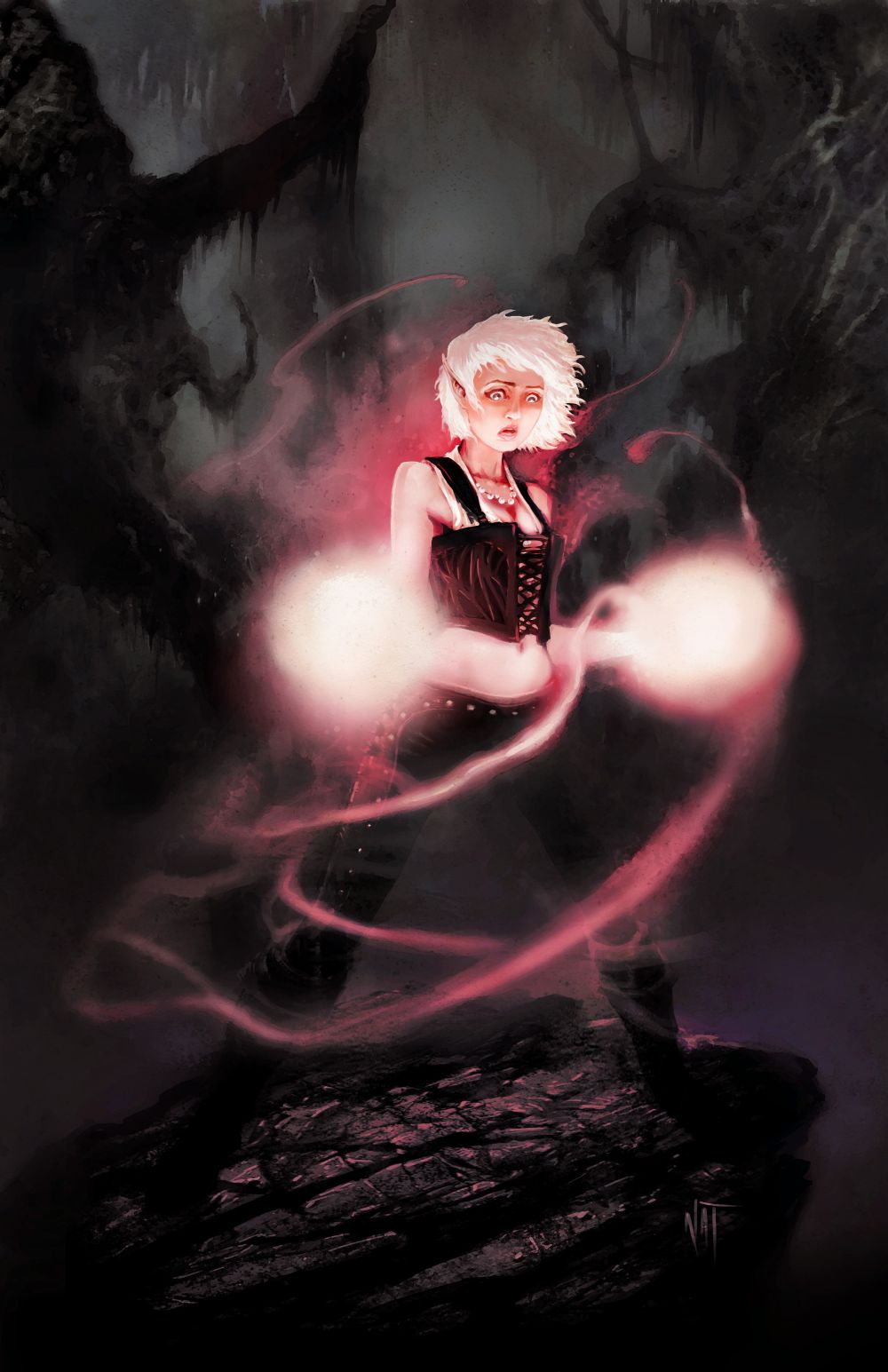 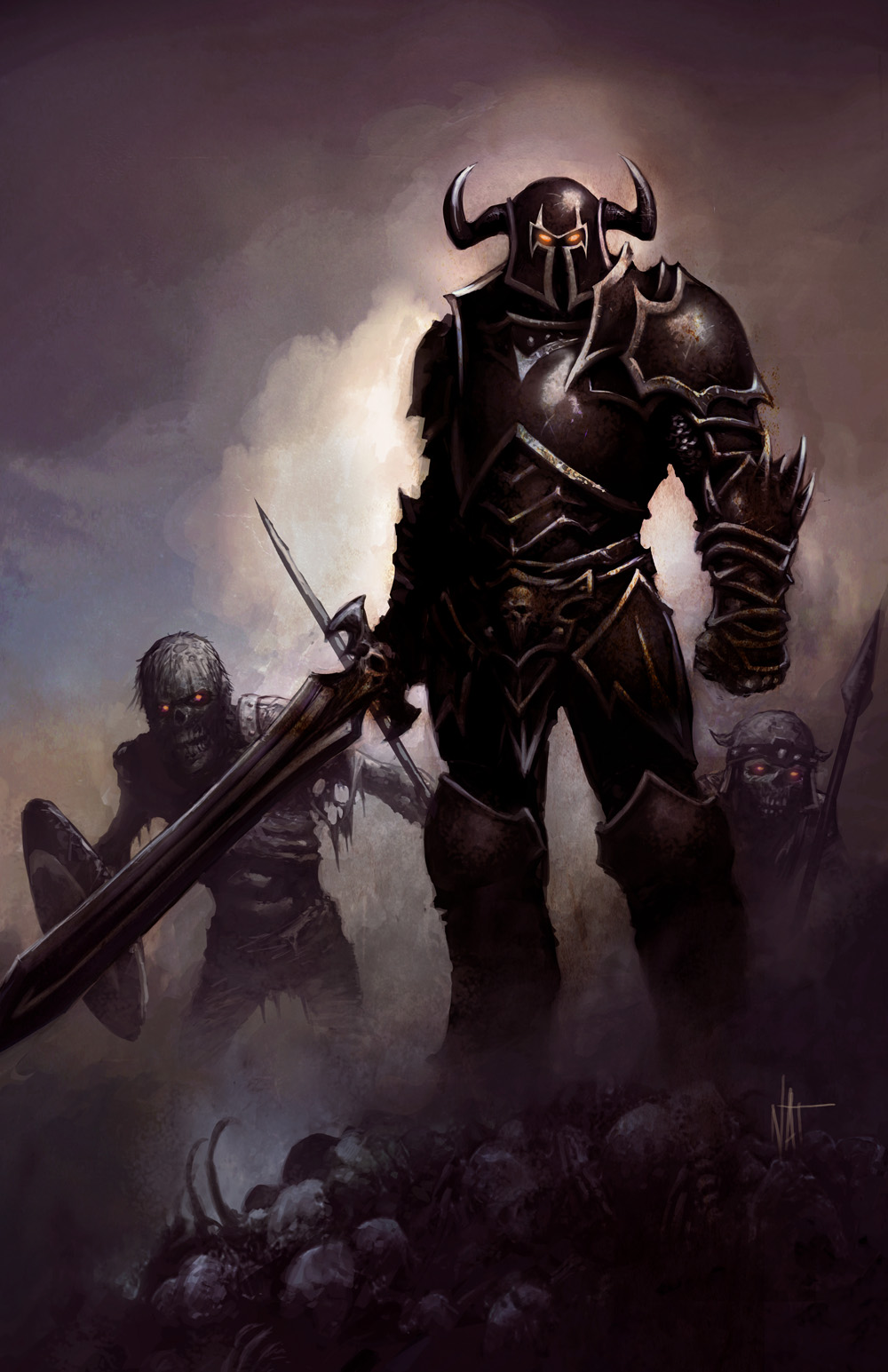 Next up is Neera who is found upon the streets of Beregost running from a band of Red Wizards. Interested in “dissecting” her, the band of wizards plan to capture the wild mage to study her profound abilities. It is up to the party to either help or let events unfold naturally. Helping her would gainfully allow her to enter your party and experience the interesting happenings of a slightly uncontrollable caster. Her story builds off of her past mistakes and current threat of being captured by Thayian wizards.

Finally, Dorn Il-Khan can be first noticed at the Friendly Arm Inn. At first he is not available in your party, but he can be acquired after being “waylaid” by a group of bandits near the Nashkel mines. With his natural disposition of being evil, I did not believe he would be a great fit for a good aligned party. But I couldn’t resist the urge! Dorn was imprisoned in Luskan for acts that he did not commit fully and was left behind by his former cohorts. Now that he has escaped, he is hell bent on finding his former allies and enacting vicious blows to their skulls. He has gained substantial power since his imprisonment and cannot wait to meet up with those that have wronged him.

Gameplay
Only the added features will be discussed as the original style of gameplay has not been modified. Features that have been incorporated in the original title may stem from its sequel, Baldur’s Gate II: Shadow of Amn. Classes, class kits, and races that were made available in the sequel are now available in Baldur’s Gate. The obvious inclusions are the new characters Neera – wild mage, Rasaad – monk, and Dorn – blackguard. Each of these characters provides something new to experience in the title that was not available at first launch. Now there is more depth to character customization and a bit more variety to play with. 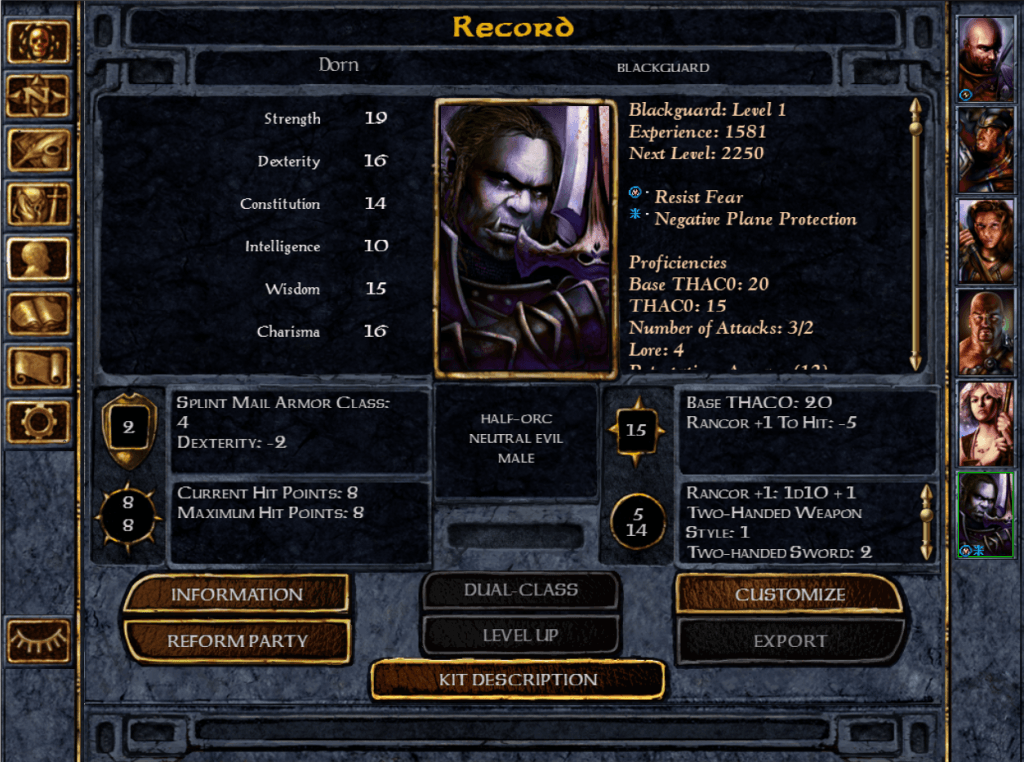 The Black Pits as mentioned previously is an entirely new gameplay experienced separated from the core game. Players can create an entire new band of six adventurers or simple use the pre-generated classes. This mode plays out as a 15 stage gauntlet where adventurers must complete each stage to move forward in progress. An interesting note to consider is that players can replay stages in order to obtain more gold for purchasing better items. This means that no matter how hard your next foe may be you can always fight a previous foe to acquire experience and more cash.

Overhaul Games boasted a refined experience with the enhanced edition, yet the game is not free of common glitches/crashes. A glitch that occurs occasionally happens when the player is prompted with a numbered response in dialogue conversations. When the player tries to click on a response, nothing happens leaving the game at a standstill. Only by pressing the appropriate numerical key or exiting the title can the glitch be overridden. Luckily, the numerical key option allows the game to be played normally without a serious gameplay interruption.

Now let’s talk about game crashes. During my experience playing The Black Pits, I experienced fatal game crashes when trying to load a saved game after dying in the arena – or close to dying. Upon entering the load game screen and clicking on a saved game, an error would appear with the game therefore not working. This crash occurred multiple times even after Beamdog announced patches for released title. While this is not a total detriment to the game, it is a bit frustrating having to load a saved state by rebooting the game. Beamdog and Overhaul Games are working on taking care of such crashes and glitches, but they should have been aware of such occurrences for an “enhanced” product. 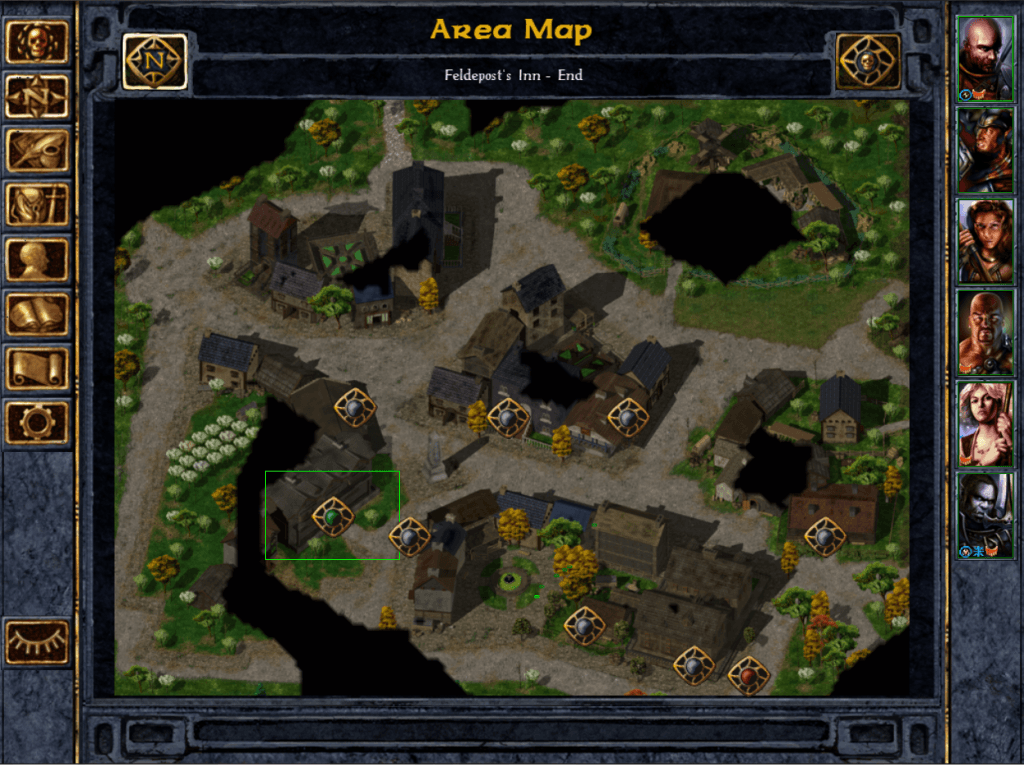 One aspect that I was looking forward to being fixed was AI pathfinding. I was slightly amused to see that some characters in my group were still having troubles finding a more direct path to my marker. In fact, the town of Beregost proved to be an excellent testing grounds for my AI characters. I entered the town from the southeastern corner near the Jovial Juggler (red marker). I then placed my destination as the doorway to the Feldepost’s Inn. The pathfinding to get to the inn can be displayed below as an unnecessary route was taken through residential housing to get closer to the inn (green marker).

Audio/Visuals
User interface has changed dramatically ushering in a complete redesign by Overhaul Games. Every venue from character sheets to inventory has been altered with new skins and layouts. This new design provides a more suitable experience and allows for a wide variety of displays. Screen resolution can finally be adjusted so the player can experience more of the active environment and better use environment based tactics.

Hand painted animated cinematics have replaced old scenes and offer a believable scenery for the Forgotten Realms. However, the animations prove to be heavily graphic dependent presenting a player with an occasional sound skip or stuttered image. Cinematic moments are certainly more vivid now, but the buffering moments draw back from the overall experience. 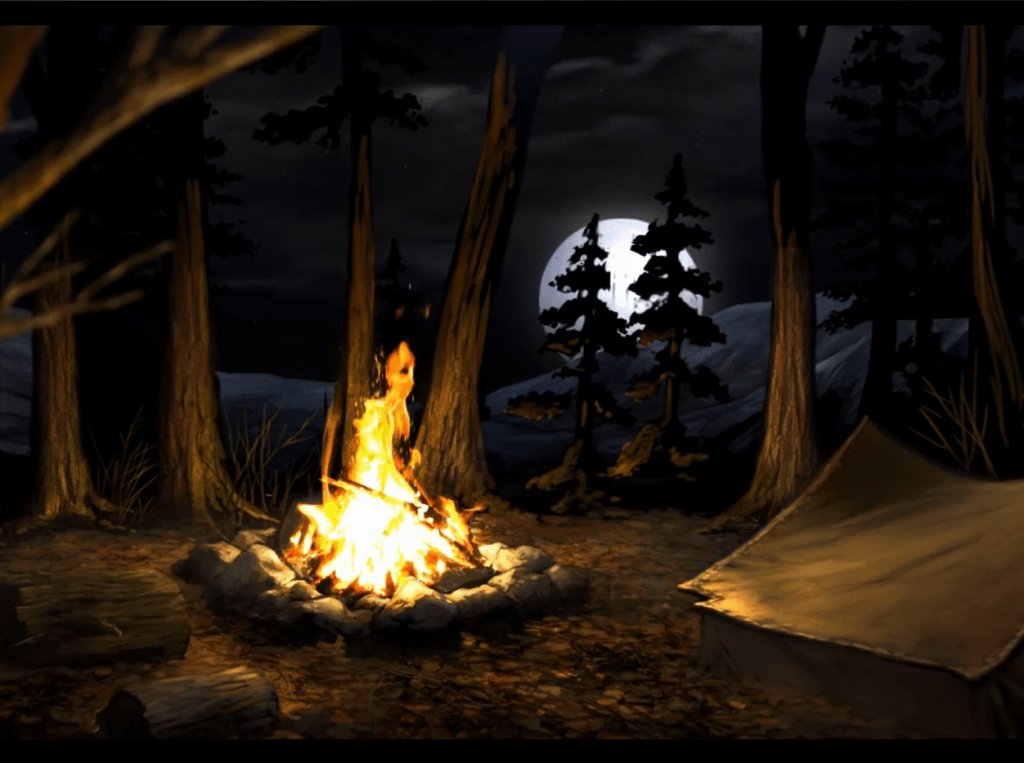 Believing that there would be a robust amount of sounds and character art added, I was mistaken as only a handful of character images and sounds were incorporated into the enhanced edition. The added selection of voices and art do well in giving a bit more variety to the original title, but I believe more could have been added.

Overall
Baldur’s Gate has – in my mind – stood the test of time as one of the greatest role playing games available on the PC. As Overhaul Games has altered the cosmetics of this great title and delivered some noticeable improvements, the core game has not changed. For this I am greatly appreciative because the sheer difficulty provided by the title makes it worth every penny. Additionally, the new characters allow access to new environments and extended hours of gameplay that fit very well in the world of Faerûn.

I cannot emphasize enough that an “enhanced edition” should be nearly flawless when speaking of game crashes and glitches. Even though I have experienced such minor distractions, I believe the community and developer will work hard together to make sure continual updates are available to fix such occurrences. Having this direct line of communication will certainly help Baldur’s Gate: Enhanced Edition become more of a success as well as usher prominent fixes to the future release of Baldur’s Gate II: Enhanced Edition.

Bugs or not, Baldur’s Gate: Enhanced Edition is one game that should not be ignored. If you are wondering if the title is worth the price of $19.99, you should certainly find some cash quickly. Don’t believe me? Then I shall share a quote from my favorite character: “Go for the eyes Boo, GO FOR THE EYES!! RrraaaAAGHGHH!!!”