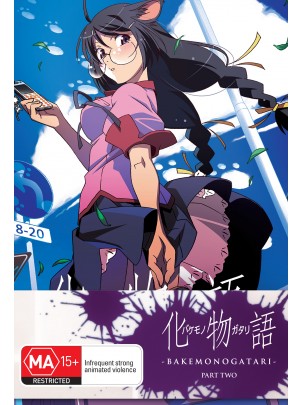 Bakemonogatari is one of those Anime that seems to be more of an art statement than it is an Anime series. It’s one of THOSE series’ where, while watching it, you can instantly determine the type of person it’s aimed at. It’s odd, it’s weird, it’s majorly pervy and it’s hard to get into but it is what it is. Pretty girls and an even prettier guy fused. It’s got a crazy backstory, that you may want to look into a bit after watching the series, and a whole lot of crazy people to accompany it. It’s one of THOSE Anime for sure. 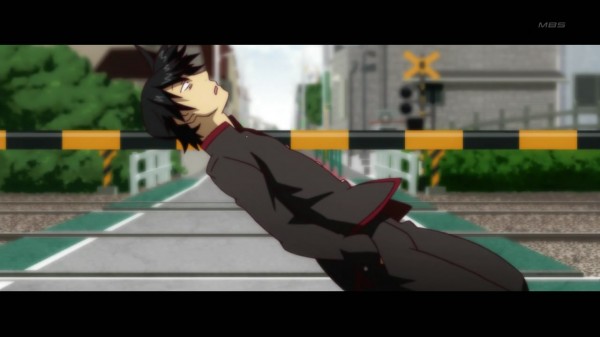 This is a series that has an abundance of stories whilst still having a big, underlying story that sits just out of site from the main focus. We have an ex-wampire as our lead role, his girlfriend who was formerly weightless, his best friend who is/was a girl that becomes a cat-like monster under great pressure and stress, a mysterious know-it-all and his odd acquaintance who is a little girl that has something to do with the main characters past. I’m not going to get too much into that so I don’t ruin anything for you spoiler freaks out there.

In Part 2 Araragi (The lead) is still helping out people who have come into contact with demons (apparitions), the same as in Part 1 of the series although we do see a bit more of his past within some of the stories which is a fresh change from part 1. The stories are very odd and interesting but, I found, needed a hell of a lot of work. What kept me interested in this series was, honestly, the stories that we weren’t shown LIKE Araragi and Shinobu’s (Little girl) past, Oshino’s (Know-it-all) story all together. I found that they had the story yet squandered it. Araragi comes into contact with a whole lot of demons and monsters that have taken people over or that trouble people yet nothing monstrous happens, most of the series is dialogue and not the good dialogue that gives you insight and even piece of mind, it’s the bad dialogue where the characters just talk about a whole lot of nothing and conversation always ends up in a very perverted place. It just didn’t go down well.

There were a whole lot of interesting throwbacks to Araragi’s past, a lot of flashes and one lines that make you think, this is where I thought they did well! They made the viewer interested in finding out more, longing for that sweet information, you get engulfed by it’s mystery. Unfortunately there really wasn’t enough of that for my liking, the cons badly outweighed the pros. I feel that had this been part of a different genre of anime it would have been done so much better. Yes, it’s about a part-vampire helping people out of their supernatural troubles but it all became to perverted and that took so much away from it. It was also so obvious considering that every person he helped out was female. I found myself feeling overly uninterested by the end of the series even though that’s when it truly got good. I just found that leaving the greatest things, story wise, for the very end of the series was a fairly bad move. 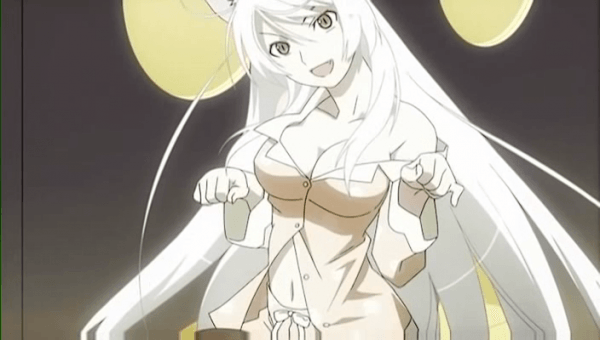 Visually this Anime absolutely rocked! The animation was fluid and really beautiful and it just oozed style from every angle, unfortunately that means the groping and flirty scenes were also incredibly animated. The use of cuts in an episode was well done, the studio used a great deal of slides and cuts between animations that made it seem like you were watching a raw copy of the freshly animated series, like you were watching it before it was even read for a release and it really worked. The style of the entire series was brilliant, very colourful, very vibrant but they could bring the scene down quick-smart to a very dark and honestly nerve-wracking tone. A great deal of humour was shown through the visual, example; flashes of the characters in different styles, usually drawing in the styles of different Anime entirely. The fact that the characters looked different during scenes of action really won it over for me, the dorky main character has never looked so awesome. 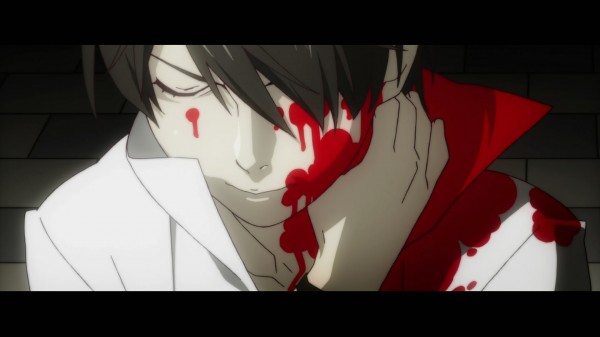 Much like the Visuals of the series the Audio can’t be faulted at all. The voice acting was standard for a good anime, it was quite good, and the sound effects were the same. The music in this series did capture my attention several times throughout. Although the bulk of this Anime left me mostly uninterested the music continued to bring me back, it’s great when you can not be looking at the screen, hear a piece of music and know exactly what character is about to jump onto the screen. Very well done, very suited, and the music is so varied. It was just fantastic. 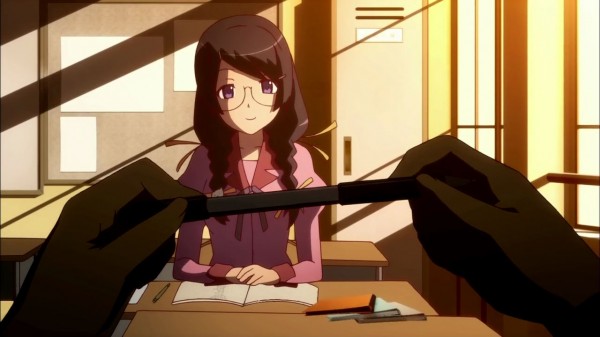 The purchase itself is one big extra; the actual case is not so much a case as it is a small art book for the series. This is exactly like what part 1 came with. Hanabee did really well with this release. The on-disc extras include Character Audio Commentary, Clean opening and closing animation, TV version previews and a promotional video. Pretty standard stuff and really not much compared to the art book the CDs come in. 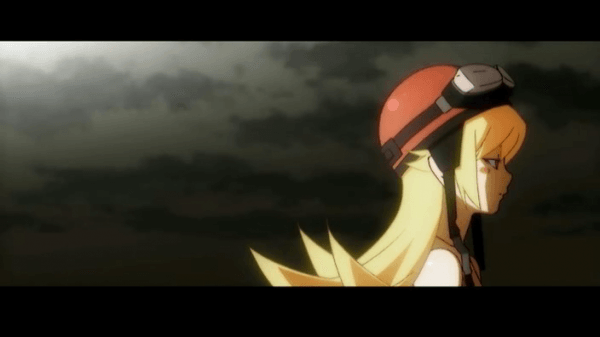 This anime isn’t a bad anime, it just has a whole lot of things that are suited to a preferred audience. I would recommend this to anyone that likes the kind of anime that revolves around many female characters all coming into contact with one single male lead. I would also recommend this to people who just happen to love great animation and funky music. It’s not an easy anime to sit through for just anybody so be weary when buying this one. Although I didn’t entirely enjoy it I can see why the target audience would love this anime and the more seasoned Anime fans would consider this one an ace so if you fit into those kinds of categories don’t go past this one.