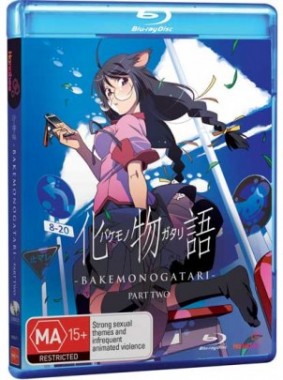 Overview
Here we are again, back for the second half of NisiOisin’s supernatural tale of ailments and oddities. Based on the original light novels and animated by Studio SHAFT, Bakemonogatari caused quite a stir when the anime unleashed its unforgiving script on the audience and quickly gained a rabid fan base.

Released by Hanabee here in Australia, Part 1 covered the first three arcs of the story while part two centres on the remaining two. Be sure to read through our review of Part 1 (and watch it, of course) before diving into this. Let’s see if the second half of Bakemonogatari maintains the quality, or surpasses, the first. 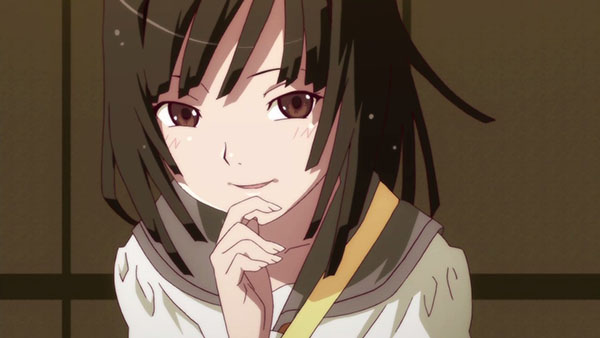 Story
Part 2 of Bakemonogatari continues the tale with the start of the Nadeko Snake arc, consisting of two episodes. Although Koyomi started dating Hitagi during the first half, he is seen getting friendly with his new admirer, Suruga Kanbaru, on their way to the local shrine. Our protagonist’s growing harem is about to get bigger once he stumbles upon an old acquaintance who is a childhood friend of his sister’s that looked up to Koyomi years ago, Nadeko Sengoku. Accursed with a snake spirit after turning down a love confession, Nadeko tries all sorts of methods to exorcise the apparition such as nailing parts of snakes to trees.

True to the inherent nature of Bakemonogatari, this arc employs a stack of fan service. And why wouldn’t it? Nadeko is one of the cutest characters yet in the series thus far. But in contrast, it also includes some grotesque action as Koyomi resolves the situation in his usual way, crippling way. 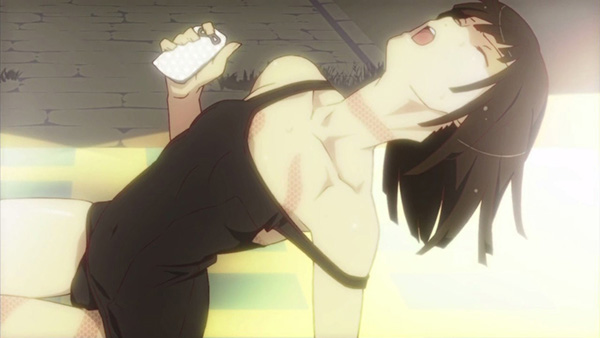 It is when the Tsubasa Cat arc starts that I feel Bakemonogatari drops the ball in regard to plot continuation and, more plainly, a coherent story. Ignoring for a second the fact that the series is purposefully erratic. You see, the problem stems from way back when the series aired, with the final TV broadcast being episode 12 and while the last three were streamed online.

The Tsubasa Cat arc begins its focus on the infamous Golden Week, a holiday that occurred before the Bakemonogatari timeline, and the penultimate heroine Tsubasa Hanekawa. Her curse happens to be a cat, possessing Tsubasa and wrecking havoc while she sleeps because of pent up stress. Then with the next episode we’re thrown back to Koyomi’s relationship with Hitagi (which is incredibly weird to say the least) as they go on a date. 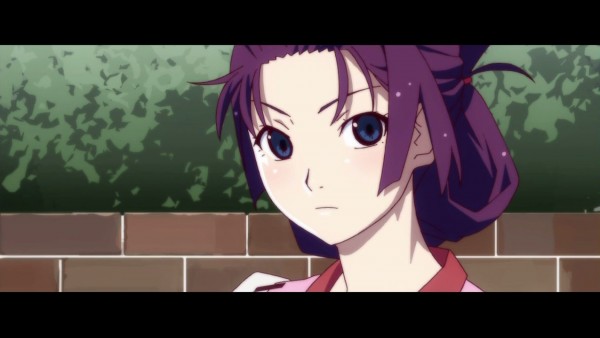 The two go through an awkward moment of understanding each other more before an ending fit for a conclusion to some twisted love story. Throwing away the allusions of an ending, we’re thrust back into the real Tsubasa Cat story in the next episode. This is the unfortunately jarring structure of a TV show that had to “end” at episode 12 before posting the “real” ending to total an uncommon number of 15 episodes.

With that aside, the story continues to hold your interest if you can survive some of the more painfully slow conversations later in the series. The mention of Shinobu again will be a welcome sound to most ears, as the plot gets back on track and culminates in a rooftop confrontation that is more underwhelming than its build up suggests. Not even the huge amounts of blood can mask the disappointment many will feel having expected an epic showdown between Koyomi and the final apparition. 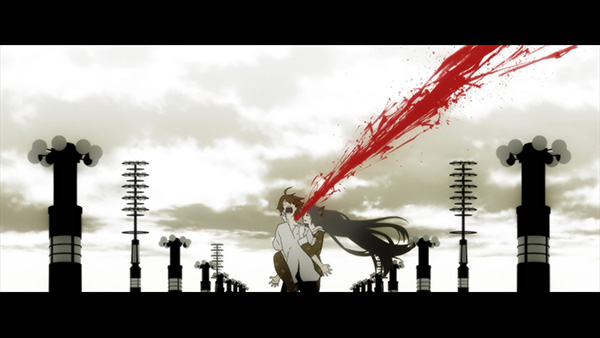 Visuals
Bakemonogatari Part 2 maintains the fine quality that SHAFT achieved in the first half of the home release, redrawing and cleaning up its TV broadcasts to perfection. The show continues to utilise some beautifully interesting still-shots with the occasional real images to spicen up the conversations and stamp the unique art direction that the franchise is known for.

Audio
Composed by the famed Satoru Kousaki (The Melancholy of Haruhi Suzumiya, Lucky Star), Part 2 of Bakemonogatari keeps up its steady soundtrack of upbeat rhythms and mysterious sounds, along with some great acoustic guitar work here and there. Being a sub-only release, viewers can expect no English dub just like last time and instead they have to keep up with the rapid pace of the subtitles.

Extras
Hanabee has released its Blu-ray versions of Bakemonogatari in a standard format, rather than opting for the special art books like in their DVD counterparts. This is a fair tradeoff considering the huge jump in image quality, where we get a super clean result at 1080p with no fuzziness. This works wonders for the stunning environment still-shots that are scattered throughout the show.

Included on the second disc are all the unique textless openings, endings and trailers. 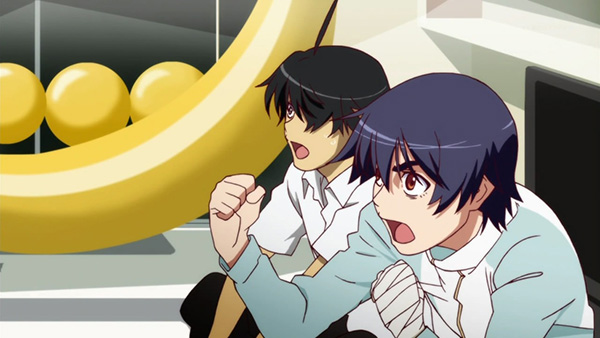 Overall
Bakemonogatari Part 2 concludes in an expected fashion which fans of the first half would surely lap up. It wasn’t, however, exactly satisfying the whole length of the way nor as consistent as Part 1 was. It could be a subjective viewpoint, but the Nadeko Snake arc was more entertaining to begin with before the dilapidated and overly drawn out Tsubasa Cat arc threatened to throw the show off course. Bakemonogatari might have been a more effective anime had it tightened up the later conversations, placed less emphasis during the final arc and reduced the total episode count to 13 at the most.

Not as outstanding as some would say but neither as nonsensical as other critics would decry, Bakemonogatari was quite a wild ride and its ending is one of the few that strikes a strange balance between not too open-ended and not too final. Neither thought-provoking nor obvious, the final scenes will have you simply reflect back to the various arcs as special little accomplishments that Koyomi achieved, with a promise of what’s to come in the future.