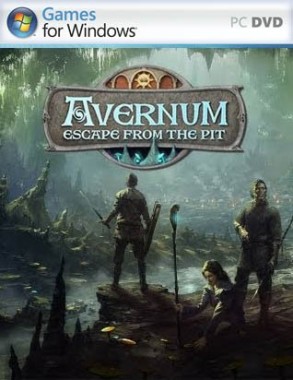 Spiderweb Software has worked hard to deliver this title not only to PC platforms but also make it available on the iPad. This sort of dedication provided me with the understanding that they stood by a valuable product. The only question left is: “Can you escape from the pit?”

Story
Stories have been told of Avernum. A dark place saved for those that have committed crimes against the Empire. But we have not murdered anyone nor stolen goods. What we have done is spoken against the word of Emperor Hawthorne – an act that will not go unpunished.

There is no appealing the judge’s decision. One morning we were taken to the far wastes before a large stone dome. In this structure a magnificent portal shimmered in front of us, emanating freedom and terror. The guards covered from head to toe in armor took off our chains. As we breathed our last breaths of fresh air, the pits of Avernum awaited us. 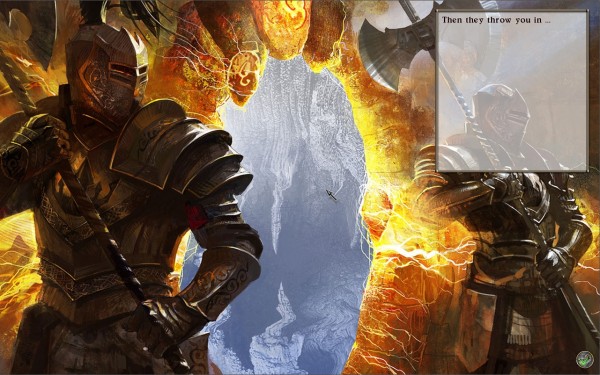 Being thrown into the dark depths initiates a story of despair that creates motives for survival. Faced with an eminent fear, players are driven to understand and develop their own purpose. With three attainable game-winning quests, players will be able to decide their own fate.

Gameplay
The main focus throughout the entire gameplay is the development of characters. Upon starting the game, players must identify and create the group of adventurers that will be thrown into the pit. Preset classes like soldier, barbarian, and priest can be chosen. While the developers hint towards making a diverse group, any combination of classes can be done. Creating an adventuring group of barbarians may not be the best idea as a priest would be helpful for healing teammates during battle. Additionally, advanced Avernites can create custom classes for each character and allocate skills to their liking from the very start of the adventure. To attest how customized the game is, you can even choose to play the game solo with one character. However, I do not suggest taking on legions of monsters on your own. 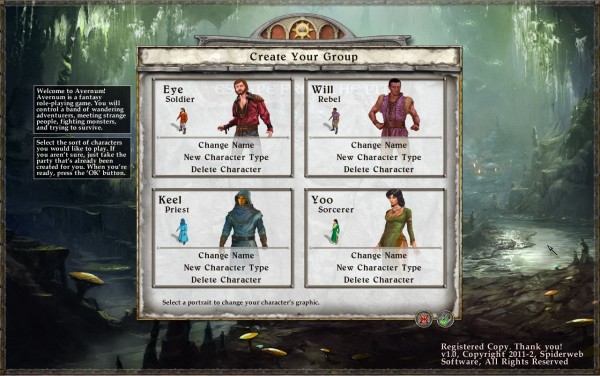 Character progression and customization is the result of leveling up and acquiring traits. No matter the preset class a character is given, the traits an individual can possess are based on skills and attributes chosen. For example, a barbarian class would be geared towards strength with lacking intelligence, but enough skill points could provide the character with priestly spells and traits to compliment – Healing Focus. Having this kind of class cross-over will also reduce the amount of specialization a character could potentially achieve. Points spent on priest spells could be better placed with an advanced skill such as Parry or Riposte.

Skill trees can be confusing at first because everything seems unlocked. Further investigation shows that the top tiered skills cannot be acquired until the lower skills have a similar point value. To attain a rank in Riposte, a player must allocate one rank in the following skills in order: Melee Weapons -> Hardiness -> Parry. Understanding this concept is essential to create a specialized character of any class. Miscellaneous skills such as Luck or Cave Lore can prove useful in finding hidden places or evading battles. 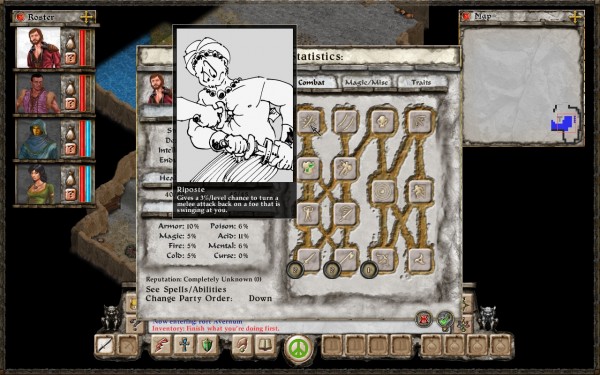 Avernum is not only a place of hardened warriors but also a world of magic. Spells can dictate the outcomes of battle by providing assistance or creating destruction when needed the most. Healing becomes ultimately important as you cannot rest out in the wilderness (resting occurs once players reach a town and instantly heals all living party members). Characters that have invested points in priest spells can perform abilities like Minor Heal in battle to help prevent death. Alternatively, mage spells can cause elemental damage to a range of opponents. Keep in mind a fire spell will not do damage to a Lava Bat or similar fire based enemies. 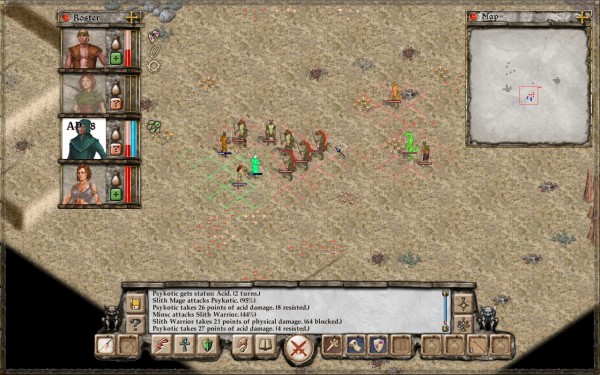 One of the more diverse aspects of the vast caverns is approachable foes. Even as humans are thrown into the portal from above, there are other races claiming dominion in Avernum. Amongst the threatening races are the nephilim and slithzerikai. Nephilim are cat-like humanoids that follow only powerful beings and hold little tolerance to humans. Perhaps the more organized of the two dominating races is the slithzerikai or sliths. Sturdy lizard humanoids that have the potential to be peaceful or absolutely barbaric. Understanding the difference quickly is a matter of life and death. Other foes include magical spiders, mystical dragons, and unnerving undead.

Visual/Audio
The art contributed to the introduction scenes are wonderfully crafted which offers viewers a glimpse of the imagination that Spider Software instills into Avernum. An image of a creature grasping around a pillar nearing an adventurer offers players the understanding that anything can appear in the cavernous depths. In this instance, the artwork emanates a bulk of truth as large foes may present themselves unexpectedly. 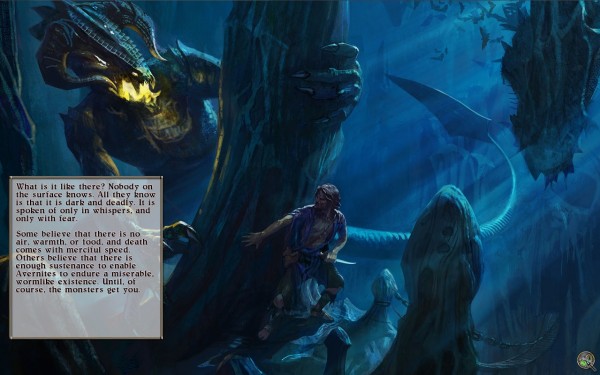 Visual in-game components are set in a 2D environment and do not emanate the same appearance seen in the opening artworks. While I was initially deceived, I sensed a striking similarity with another game, Baldur’s Gate. Even though the quality is much better in Baldur’s Gate, I felt that the user interface offered a close resemblance. In a positive light, Avernum: Escape from the Pit delivers full environments by incorporating unexpected objects like mushrooms and colored stones.

Strictly text driven, there are not any actual speaking parts through any of the storyline. Since I focus more readily on voices versus text, I felt disconnected from the characters when reading text driven dialogue. Nevertheless, conversation is necessary to pick up quests, but the temptation to skip or skim is always present.

Making up for the lack of character vocals, sound effects dominate your every step in Avernum. Truly, every movement on the map will create a footstep sound. As it does produce a viable sound for moving around the map, the effect emphasizes the dark unknown of the wandering cavern. In addition, battles are brought to life with sounds of spells and sword swings against your falling foes – or your own motionless body.

Overall
Countless hours can be spent playing a role playing game merely on character creation. This happens to be the best attribute about Avernum: Escape from the Pit as the leveling and advancement of a character build gives a player that something more to look forward to. As another level nears, you begin planning what attribute to increase and what new skills you can acquire.

The poorest qualities lie with the solely text-based dialogue and limited sprite details. There becomes a lack of connection when reading a quest because we do not get to feel the power or tone that a character can influence. Voice acting could make the story more captivating and allow players a more immerse experience. Additionally, if the visuals matched the artwork seen at the game start-up, there would be little discussion for the top 2012 indie game.

Role playing fanatics should summon this title to their shelves immediately. For a mere $10, Avernum: Escape from the Pit is a fun-filled experience that is very affordable. Spiderweb Software has made it available on PC, Mac, and iPad resulting in few excuses not to own this.