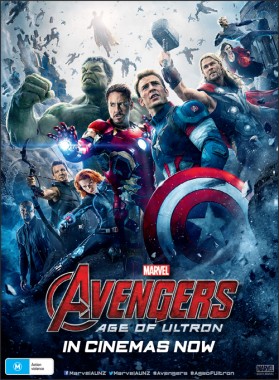 The movie we have all been waiting for is here. Avengers: Age of Ultron has hit the silver screen and while a few of the movies since the Earth’s Mightiest Heroes first outing in 2012 have gotten a bit of a mixed reception, fans all over the globe have been eagerly awaiting the return of Captain America, Thor, Iron Man, and the rest of the gang. So let’s start with the important question: does Avengers: Age of Ultron deliver? Yes. yes it does. 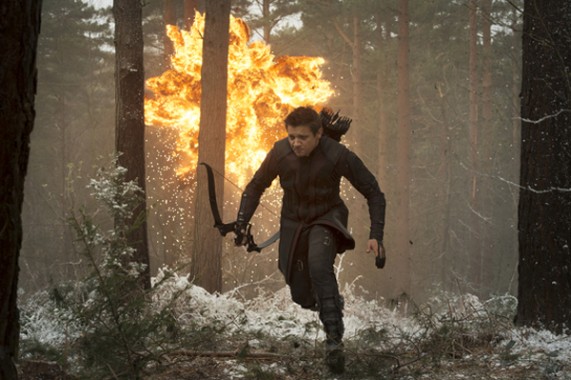 Avengers: Age of Ultron once again brings together the biggest names in Marvel’s Cinematic Universe (and some of the smaller names too) in an epic team-up event that absolutely delivers on all fronts. Comedy, drama, action, love, witty banter – Age of Ultron has got it all. The film opens up with the team already assembled, hunting down Loki’s lost scepter which had fallen into Hydra’s hands after the fall of S.H.I.E.L.D. (as shown in Captain America: the Winter Soldier, and expanded upon in Agents of S.H.I.E.L.D.) After a cool opening action sequence, we are given what appears to be the end of both the HYDRA/S.H.I.E.L.D. and Chitauri invasion story-lines that guided a lot of the MCU since the first Avengers movie. 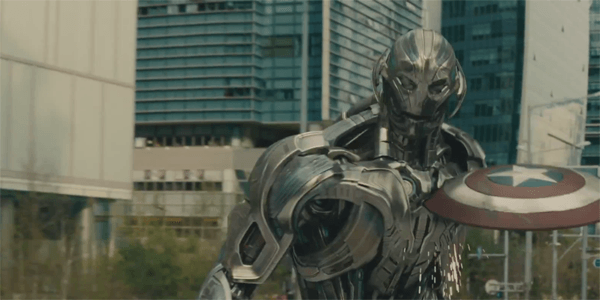 The cast this time around is absolutely jam-packed. The big-hitters; Captain America (Chris Evans), Iron Man (Robert Downey Jr.), Thor (Chris Hemsworth), Black Widow (Scarlett Johansson), Hulk (Mark Ruffalo), Hawkeye (Jeremy Renner) and Nick Fury (Samuel L. Jackson) retun, and are joined by characters like War Machine, Falcon, Maria Hill and Peggy Carter. In addition, the cast is filled out with newcomers Pietro and Wanda Maximoff (played by Aaron Taylor Johnson and Elizabeth Olsen respectively) and Vision (Paul Bettany) which combined result in what is by far the biggest ensemble cast that Marvel has put together on screen in one film.

With so many characters, I was worried that the film would feel bloated or that some characters would be put by the wayside in terms of importance, but surprisingly everything fit together perfectly. Screen time is shared amongst all of the main cast, with Hawkeye, Black Widow and the Maximoff twins edging out the rest of the team. Every character gets their own well-defined story arc through the course of the movie, and these help to further flesh out these characters and in many ways help them feel more vulnerable and human than ever before. 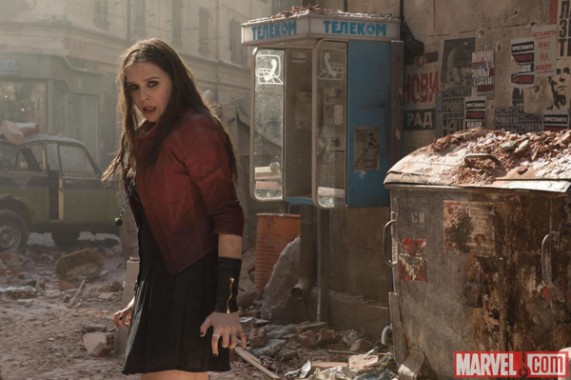 Tonally, Age of Ultron is very different from what I expected. A lot of the trailers and promotional materials had painted a picture of a very dark, brooding and intense movie. However, while far more serious than its predecessor, there is still a lot of lighthearted fun to be had. The banter between all of the Avengers is snappy, on-point and definitely Whedon-esq. Even Ultron himself, who appeared to be a cold, calculating, homicidal maniac was sprouting one liners as often as he could – which helps link him to his “father” Tony Stark.

Ultron is perhaps one of the most fleshed out movie villains that we have seen in the MCU. He is a very three dimensional character that could go from Tony Stark-like humor to straight up evil villain in the blink of an eye and that’s what made him so terrifying. A lot of that boils down to Spader’s incredible voice performance, which really brought gravitas to the character. Not only that, but Ultron suffers from an almost Shakespearean character flaw in that he believed what he was doing was what was right.

Part way through the movie, after an incredible multi-set battle between Ultron and the Avengers, and then amongst the Avengers themselves, we are introduced to the Vision, an android that was planned to be a perfect body for Ultron but is given his own thoughts and personality. Whereas Ultron has a flawed, warped perception of peace (based in no small part by his creator’s own thoughts and fears), Vision is more of an idealist and an optimist. He values all life and wishes no harm to anybody, but at the same time sees that Ultron must be destroyed if humanity is to survive. Paul Bettany’s soft voice and eloquent, almost poetic speeches about life and the world really help to showcase the contrast of ideals between the two androids. 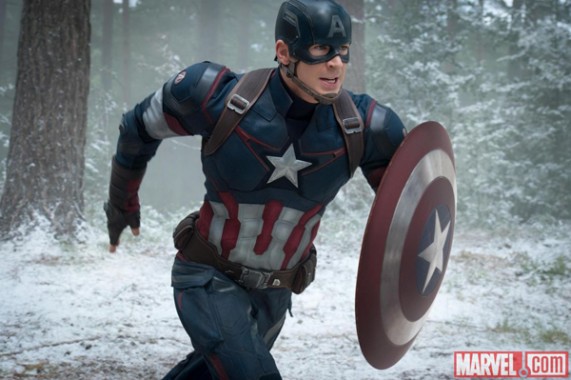 The original Avengers movie felt like a bookend to Marvel’s first phase of cinema, grabbing all of the story threads and tying them together in a neat and downright awesome package. However, Age of Ultron feels almost the exact opposite. While some of the key plot points and character developments from Iron Man 3, Thor: The Dark World, Captain America: the Winter Soldier, and even Guardians of the Galaxy are all present, this movie feels more like it is more about setting up the ground work for what’s to come. We learn that Thor has to travel back to Asgard to face an unknown threat, Tony and Rodgers have a bit of a falling out (setting up for Captain America: Civil War) and we hear more about the Infinity Stones and how they will affect the future of the MCU. Don’t get me wrong, they executed this to near perfection and have made me eager to see where all these new plots lead, but I was a little disappointed that this movie felt like the beginning of Phase 3, rather than the epic conclusion of Phase 2. 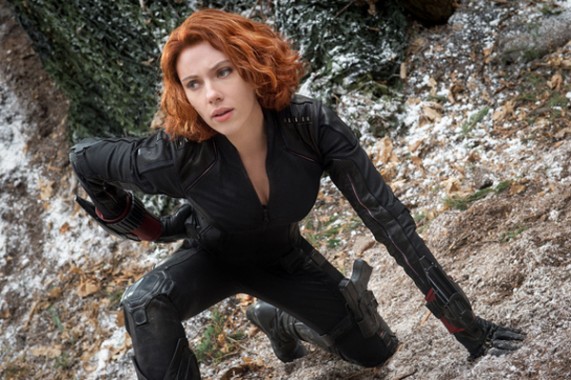 Marvel films by their very definition need to use a lot of CGI to make things work and Age of Ultron is no exception. One thing to note however is the fact that Marvel do this REALLY well and allow you to create that suspension of disbelief and completely immerse yourself into the story. Characters like Ultron, Vision and Iron Man flying through the air looked as real and natural as ever before (if not more so) and unless you go actively looking for faults, the CGI and live action all blend together to create a visual spectacle. One thing I will say is that to me, Paul Bettany’s Vision just looked a bit… off when standing among his peers, but I can’t quite put my finger on why that was.

At its core, Avengers is still an action movie and it does action really well. I know a lot of people loved the single following shot in the first movie, and if you were one of them (I know I was) the. You’ll be thrilled to know that is basically how Age of Ultron opens up! From the very outset of the movie we see our heroes in action and in such a way that we are hooked. Fro. There it’s giant battles on rusty cargo ships, and the highly anticipated Hulkbuster Iron Man vs Incredible Hulk battle through a populated city and three or four other hugely impactful set piece battles. 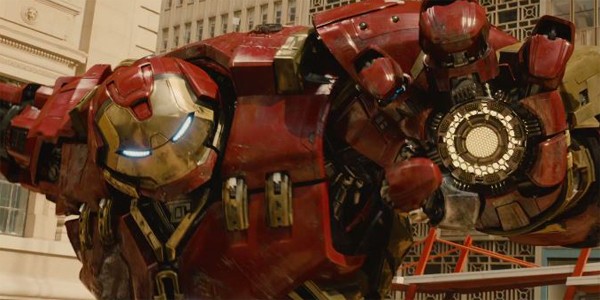 The Avengers and their robotic adversary do a lot of globe trotting i. This film, but there is hardly any time to check out the scenery before a battle is tearing it up. At one point I was a little worried that they would be heading down a path similar to Man of Steel where entire cities are absolutely levelled, but (and this may be a deliberate poke at DC and Man of Steel’s criticisms in particular) the Heroes are always trying to lead the battles away from innocent people, checking their surroundings and always ensuring that the safety of everyone around them is their top priority. It was cool to see these giants and gods caring about the people around them and placing their life as a higher priority than stopping the enemy. Like the rest of the MCU, Avengers: Age of Ultron is presented in a variety of formats, including IMAX, and 3D (which is really all the rage nowadays isn’t it). While some films can be greatly enhanced by the extra dimensions, AoU is not one of them. In fact, just a few minutes into the movie and I had completely forgotten that it was even being presented in 3D. 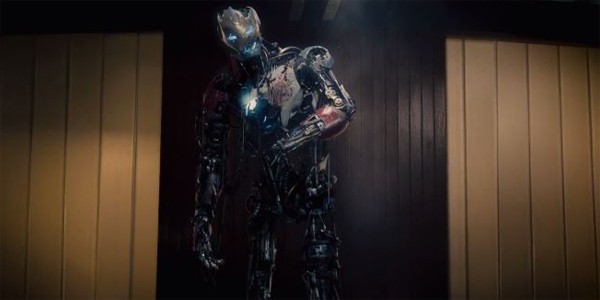 Avengers: Age of Ultron is a fantastic flick that any Marvel fan will love. Is it perfect? No, it has a couple of flaws here and there but in the end they don't really detract from the overall package. Not only is Age of Ultron an enjoyable watch, but it manages to wrap up a few lingering story lines and set up for some big things down the line. I am personally a little disappointed that it leans more towards the latter than the former but that being said, if this is just a taste of what the Marvel Cinematic Universe has in store over the next couple of years then I say; bring it on!
9