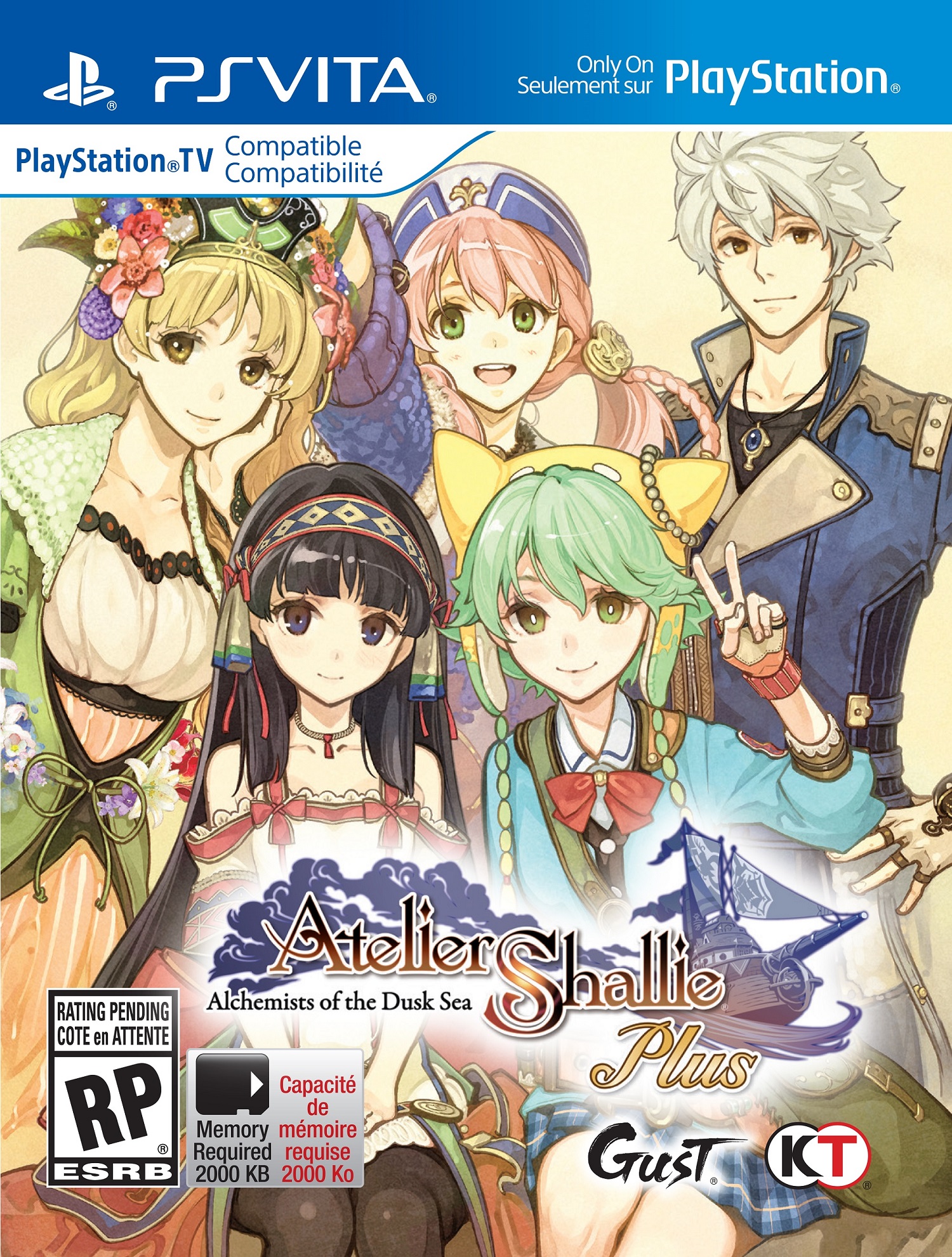 Atelier Shallie Plus: Alchemists of the Dusk Sea

The PS Vita has always seen quite a bit of activity from the Atelier series as Koei Tecmo would release “Plus” versions of previously PlayStation 3 exclusive titles generally within a year and a half of release. This may be coming to an end as the latest set of Atelier games have been released on multiple platforms at the same time but we still have Atelier Shallie Plus: Alchemists of the Dusk Sea. Originally released in the West back in 2015 as the final entry in the Dusk trilogy, how does this game handle on the Vita?

Set after the events in Atelier Escha & Logy, the world has continued to suffer from desertification to the point that many areas are soon to be inhospitable. With the land becoming destitute, a girl named Shallistera, the heir of her clan, sets out on a journey in order to try and find a way to restore the land and prevent her tribe’s water from drying up. At the same time, a spunky city girl named Shallote is trying to find her place in the world and a goal she should strive for. 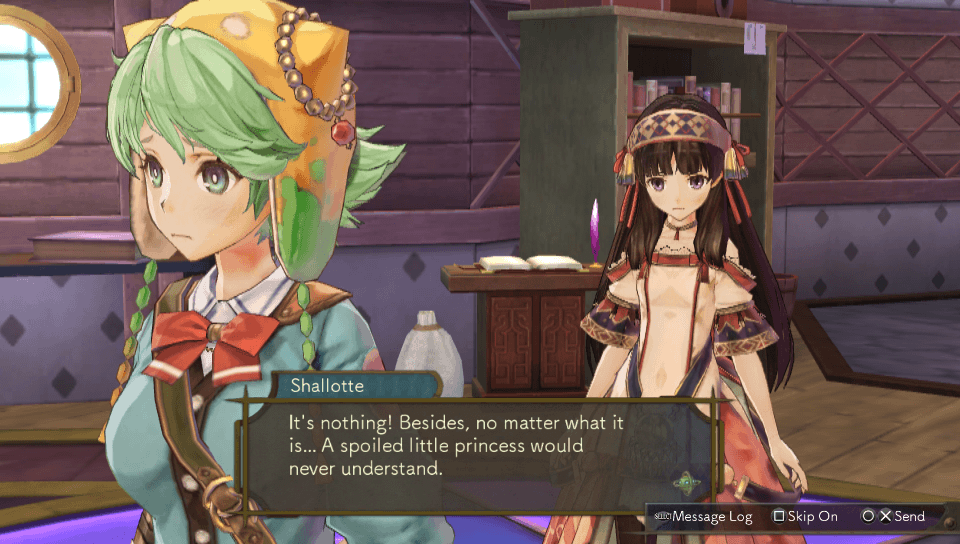 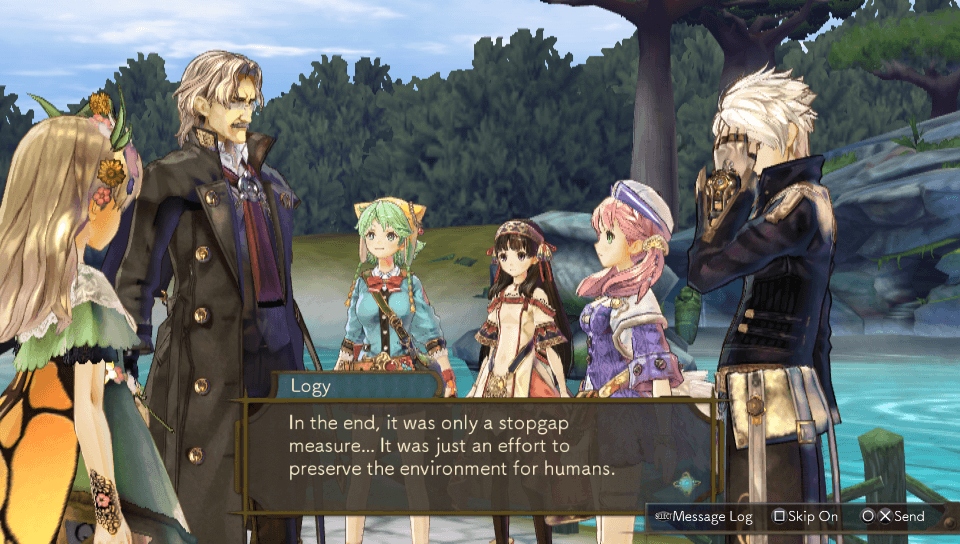 One of my key critiques about the original release of this game was the fact that a large number of story elements and plot points were left with unsatisfying explanations or completely ignored such as the origin of the Dusk and why it swept the land. Thankfully this issue has been rectified in this version of the game. While there is still a certain lack of urgency now that the time limit has been removed from the game a number of new story chapters have been added into the game to provide extra explanation and details into the game’s story that were sorely lacking in the original. Combine this more solid conclusion to the story with the addition of Ayesha and Logy added into the game as playable characters that have their own little snippets here and there and you’ll find that Atelier Shallie Plus manages to deliver a satisfying conclusion to the trilogy.

Atelier Shallie Plus remains similar to Atelier Escha & Logy, especially in regards to the combat system and alchemy system which, both of which retain the same basic changes made in the last game only to be refined a bit more this time around. As usual with these Atelier titles, players will be spending most of their time gathering ingredients through gather points as well as a few new mechanics added into Atelier Shallie, fighting enemies to gain ingredients from them or to complete quests, and synthesizing items using all of the ingredients you’ve gathered and the recipes you’ve learned in your journey. 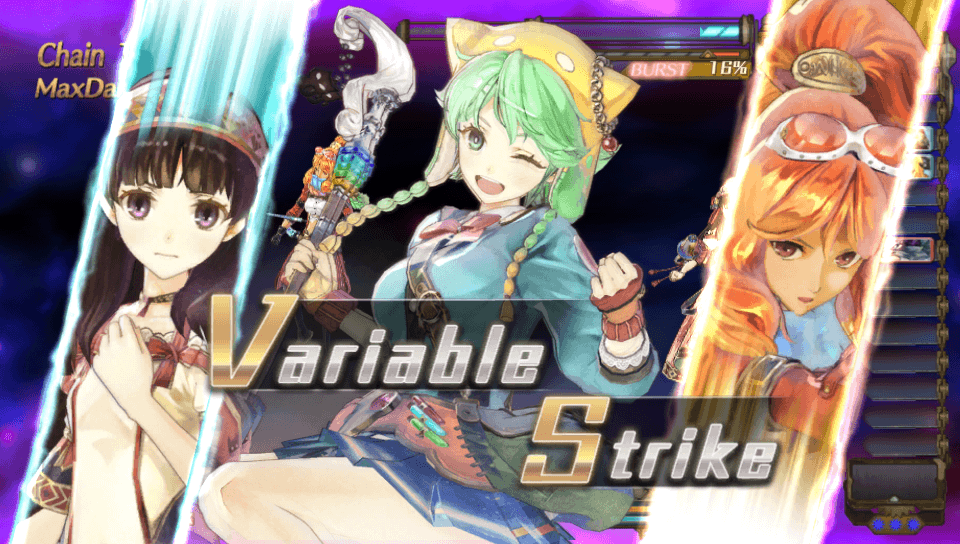 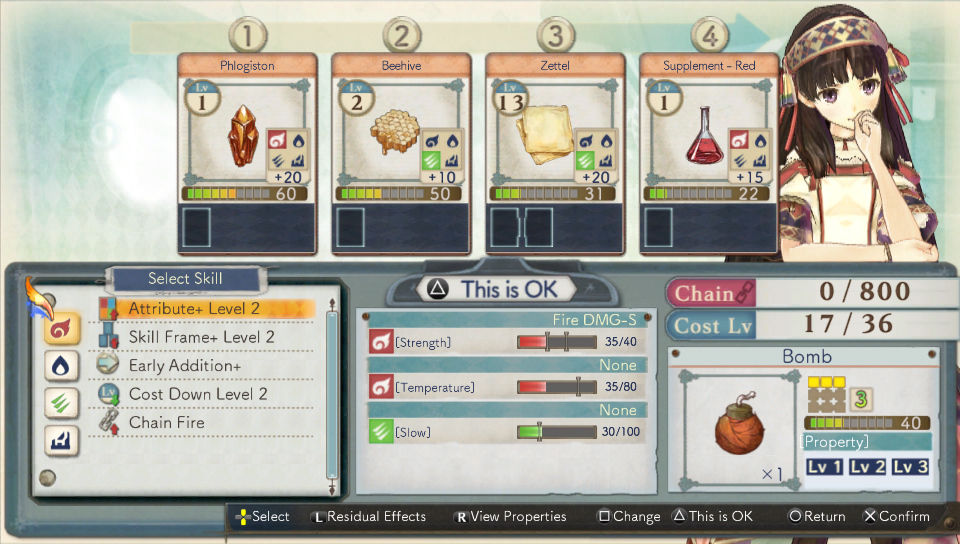 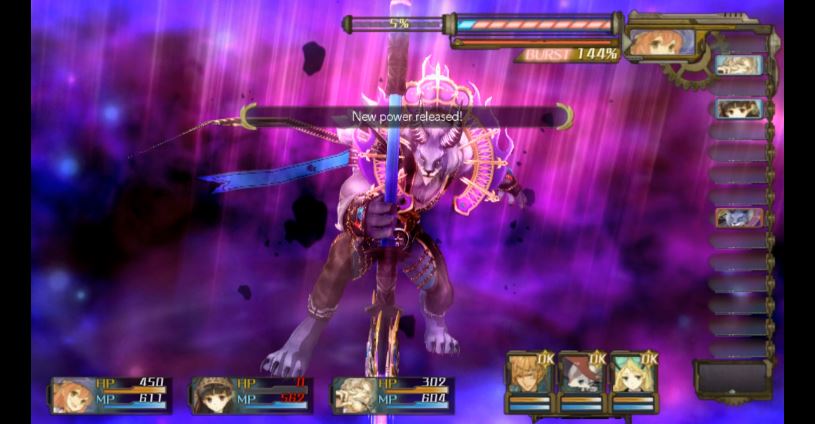 What replaces the time system is a far less restrictive “Life Task” system that will see the player taking on requests, including side-character development quests, and accomplishing various goals in order to progress to the next chapter in the story. These goals can be anything from synthesizing a certain number of items, to cleaning up garbage or harvesting items, to slaying a boss enemy in a dungeon.

Many of these tasks reward the player handsomely, so much in fact that overdoing these tasks can lead to the player being a bit overpowered which leads to some disappointing fight sequences until the enemies catch up to the player. Thankfully considering there are new dungeons and boss encounters to challenge in this version of the game, players will want to make sure that they are as equipped as possible to try and survive what can be some truly difficult encounters.

With the release of Atelier Shallie Plus on the PS Vita the company has had to make some comprimises to the game’s graphics which were quite impressive in the original release. While the character models remain highly detailed and the bright color palette is aesthetically pleasing as ever when combined with the art style, players will notice that certain effects have been removed in an effort to make the game run better on the handheld. Unfortunately even with these diminished effects and lowered resolution in the environment players will encounter quite a few problems with the game suffering from framerate drops when exploring a town, using fancy moves on enemies, and even during some story scenes. 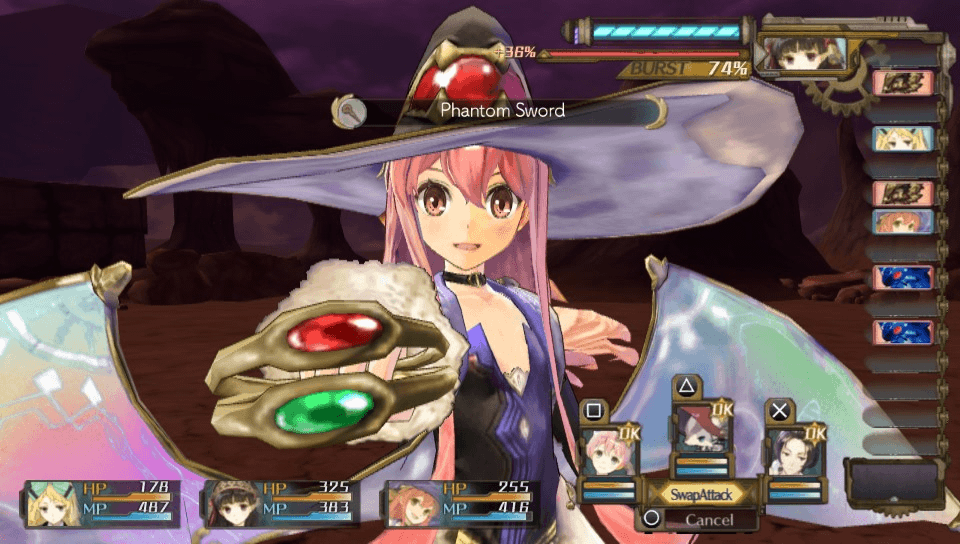 The voice work for the series remains as strong as ever with the title releasing with the English voice option as well as the Japanese voice track being available if you so choose. The voice work for the returning characters matches well with what fans should expect and as for the soundtrack, players will be hard pressed finding a bad sounding piece of background music throughout the game. Whether it is calming exploration music, tunes to listen to while battling enemies, or providing atmosphere to important scene, every track feels like a perfect fit for the situation.

Atelier Shallie Plus: Alchemists of the Dusk Sea manages to fix up the weaknesses in the original releases’ story thanks to some added chapters while also delivering us the same colorful charming cast that fans have grown to expect from the series. With the various combat improvements in the original remaining in this version players will find that outside of some lingering and new drawbacks, Atelier Shallie Plus delivers a solid experience that is incredibly friendly to newcomers and serves as a solid conclusion to a trilogy that fans were hoping for in the original.

A few new and lingering issues do little to tarnish the improvements made to Atelier Shallie Plus’ storyline and charming cast of characters. With the combat and synthesis systems retaining their enhancements from the original release, this title remains highly approachable for newcomers and also one that will offer something new for returning fans.
9