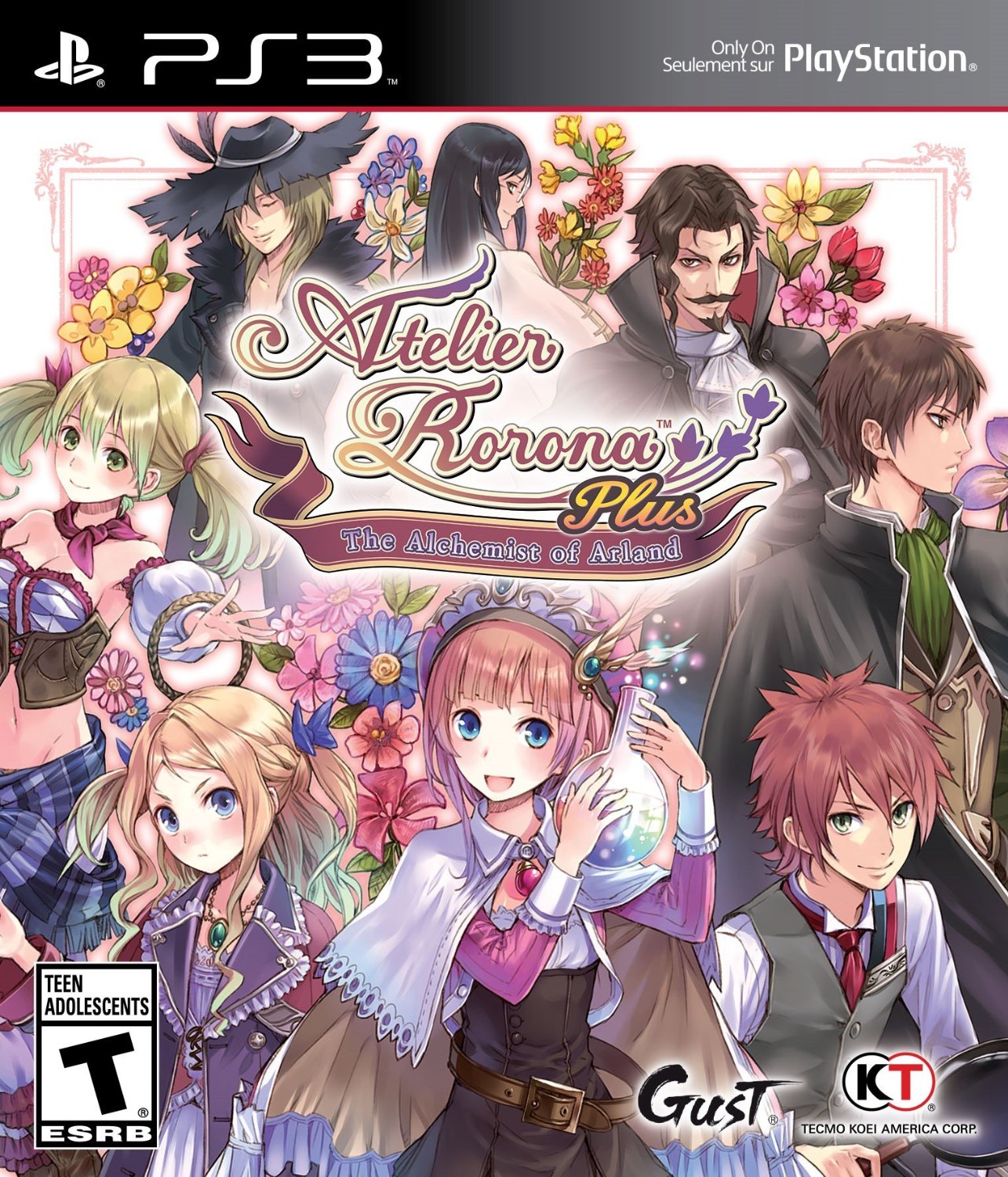 Overview
The Atelier series has moved beyond the Arland trilogy but Gust and Tecmo Koei have kept the trilogy fresh in the minds of fans by releasing slightly enhanced versions of Atelier Totori and Atelier Meruru for the Vita last year. However unlike those two games, the title that began the Arland trilogy, Atelier Rorona, was quite primitive feeling as it lacked many of the advancements the later games in the series had.

You see, there is a good reason that in Japan this game was called New Atelier Rorona, as it is more than just an enhanced port, but instead a title that has been reworked in many ways. The question is, now that it has been revamped is Atelier Rorona Plus: The Alchemist of Arland worth picking up again?

Story
The story takes place in the kingdom of Arland where a very familiar girl named Rorona is training/working under the eyes of a famous alchemist named Astrid who saved her life. Unfortunately for Rorona, Astrid is as lazy as a teacher can be and because of her lackadaisical attitude the kingdom has found that there is no reason to keep an alchemy workshop funded and is planning on closing it down. Even with this news, Astrid continues to do nothing and instead hands the reigns of the workshop over to Rorona who must now prove that alchemy is indeed beneficial to the kingdom. 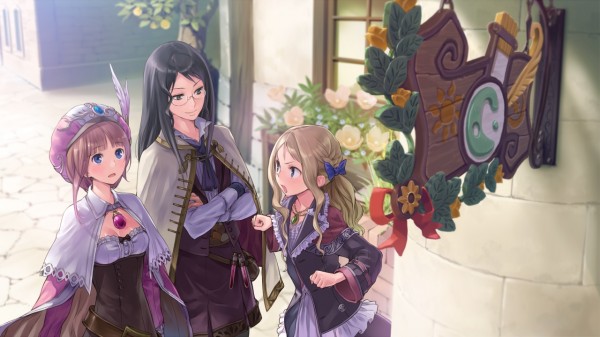 As such, every three months Rorona is given a certain task that she must accomplish within that time frame, usually centered on creating a number of a specific item or certain quality item, and if she can manage to do so for three years she can prove that the workshop is worthwhile. If she fails to do this however, the workshop will be permanently closed in the game’s worst ending.

Though even the kingdom itself seems to take note of how much of a lighthearted game Atelier Rorona Plus is, since most of the goals that are set are fairly easy to accomplish with time to spare, meaning the player has plenty of time to explore the world and see what it has to offer. As Rorona sets out to complete various goals she will come across numerous friends and allies who all are charming and likable in their own way. 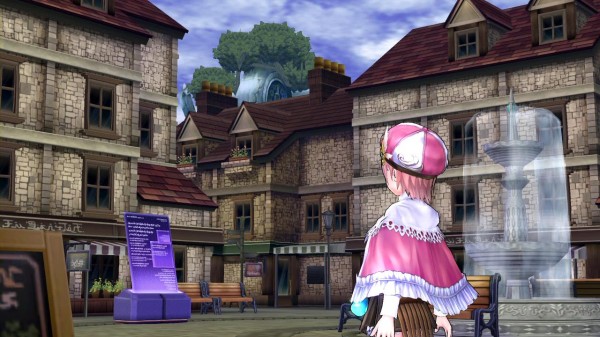 In fact there are over thirty different endings in the game thanks to the characters that players will be able to meet and the events they trigger with them. So while Atelier Rorona Plus may not have a big evil to face off against, this is a story about the journey, not the destination and this journey is a sweet and enjoyable story told with an amazing cast of characters and some surprisingly familiar faces for those who have played the other games in the Arland trilogy.

Gameplay
As with every other game in the Atelier series, players must learn to balance their time properly since almost every action you make in Atelier Rorona Plus takes time to complete and since players are limited on the amount of time they have to complete each goal, they must plan accordingly. Things such as traveling between areas for harvesting or traveling to a dungeon take numerous days and the return trip will take just as much time.

Players will be spending just as much time venturing around outside as they do in their workshop because the majority of requests they receive, be it main quests or side-quests provided by the citizens or party members, will involve creating an item or defeating a certain number of opponents. Finishing these side-quests not only helps players raise their status within the kingdom, but also boost Rorona’s friendship with allies and potentially unlock strong equipment. 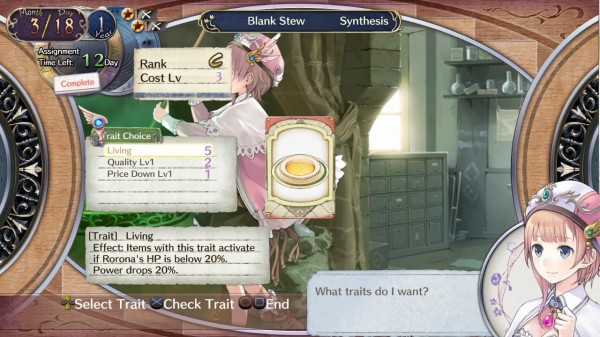 Once you are out on the field, players can harvest all sorts of ingredients from harvest points as well as battle against enemies on the field. The battle system is something that has been given a needed overhaul from the original title and thanks to this Atelier Rorona Plus’ combat is a more fluid and easy to handle affair since it takes many queues from Atelier Meruru.

All battles are turn based affairs where players will be able to see the attack order and affect it by eliminating or damaging enemies enough. The combat system itself is fairly standard as far as RPGs are concerned, but it is enjoyable nonetheless. Alchemists are the only ones that can use items so players will likely want to use her turns to use bombs or healing items to turn the tide of battle. She can also use special attacks through MP, as well as every other character, but MP is required to synthesize items so it is a tactic that is best avoided. Along those lines the assist meter also makes a return with players able to either provide an additional attack or block an incoming blow with one full meter. 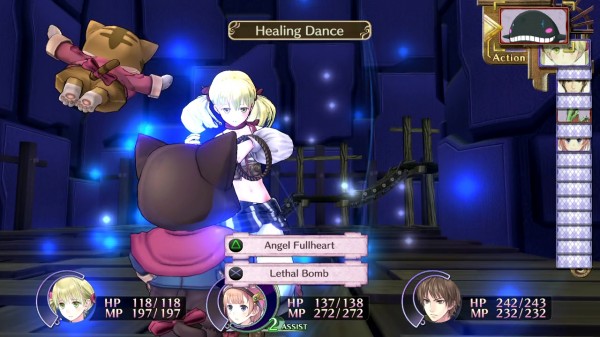 Once you gather various ingredients from the field as well as from defeated opponents, players will be entering their workshop to create various items in a synthesizing system that has also been revised to be a bit easier to understand than it originally was. Players will use various ingredients required by a recipe to create a usable item that can be of various levels of quality. Various component traits can also be placed into the items and carried over to provide additional effects and since many recipes take a number of days to complete, you will need to plan properly to make sure you will have enough time to craft the items needed and that they will be of a decent enough quality to meet your goal.

Outside of the aforementioned tweaks, there are a number of other nice additions to Atelier Rorona Plus such as the ability to grow and manage a garden that allows players to grow useful items, a time capsule that can change certain items into others, new costumes and weaponry, and of course some extra dungeons and bosses to defeat.

Visuals & Audio
Since the original Atelier Rorona was released in Japan in mid-2009, the series has come a long way as far as graphics and design go and thankfully Atelier Rorona Plus has been given a significant visual upgrade. The character models in the title have been given a much needed revamp and are nicely detailed while the combat scenes have been given just as much of an improvement to create an amazing looking experience on the PS3.

It is also worth noting that the user interface has been overhauled as well to be cleaner looking and more user-friendly, which is something that is necessary considering the new refinements to the battle and synthesis systems. 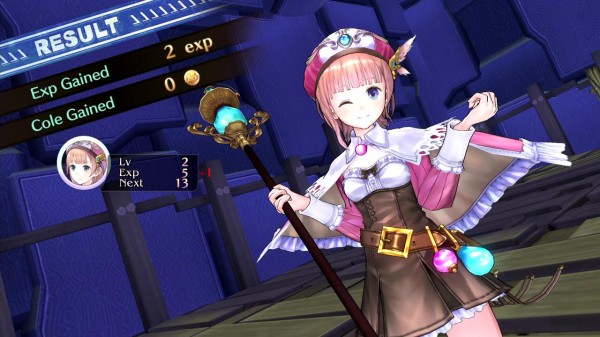 Just like the original, Atelier Rorona Plus supports both the English voice track as well as the original Japanese voice track for those who prefer that option. The background music itself is very enjoyable and is sounds similar to what fans of the series have come to expect, though there is also an option to switch various areas’ background music to any of the other numerous songs from other Atelier games.

Overall
It always seemed a bit odd that while the other games in the Arland trilogy were given a re-release, Rorona was never touched. But now I can see that it was for the best as the re-worked systems in Rorona make it not only just as enjoyable as later games in the series but also a great way for beginners to try become acquainted with the game’s somewhat more simplistic style. By giving the game a great visual overhaul and replacing the previously un-enjoyable systems with the tried and true systems of Meruru, Atelier Rorona Plus can now stand as a great entry introduction to what is an amazing trilogy of titles. 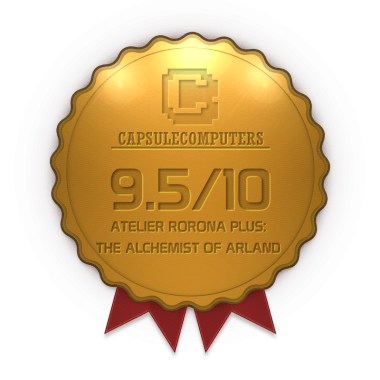