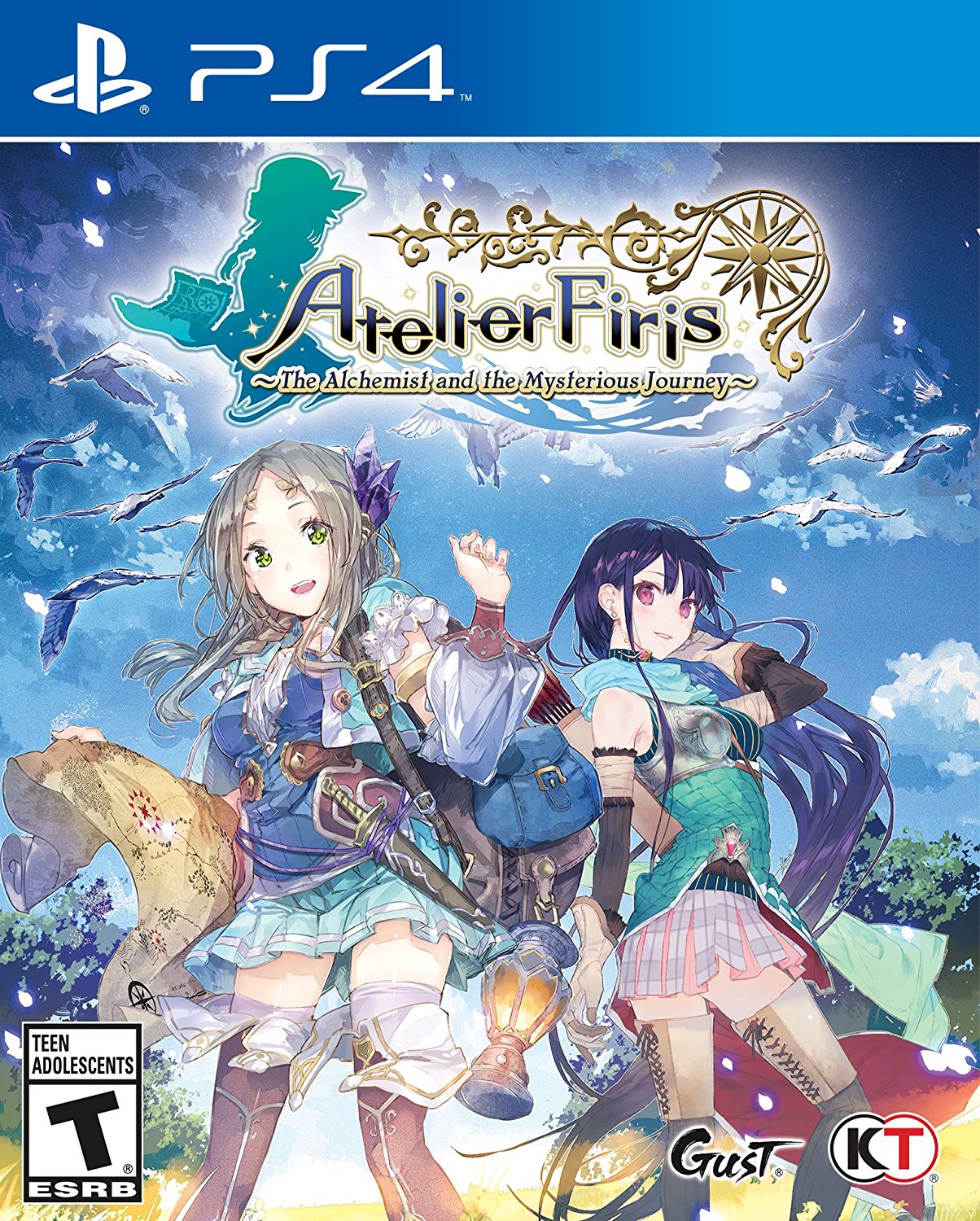 Atelier Firis: The Alchemist and the Mysterious Journey

Fans of Gust’s Atelier series almost always are prepared to see another title ready to drop within a year or so of the previous entry. Despite their frequent release schedule these titles tend to be charming and quite relaxing to play despite sitting in an often tense JRPG genre. With the latest entry in the series, Atelier Firis: The Alchemist and the Mysterious Journey, offering something a bit different than the usual experience fans have come to expect, is it still worth checking out?

Taking place in the same world, and not too long after the events, of Atelier Sophie, the sisters Firis and Liane live their lives in a small mining town that is located underground in a cave. Separated from the rest of the world Firis has always wanted to see what the outside had to offer but thanks to her unique gift the community has kept a tight hold on her. You see, Firis has a special gift that allows her to find rare ore without needing to mine, making her a boon for the isolated village but this limited lifestyle only makes her jealous of her sister Liane who travels into the wilderness to gather food. 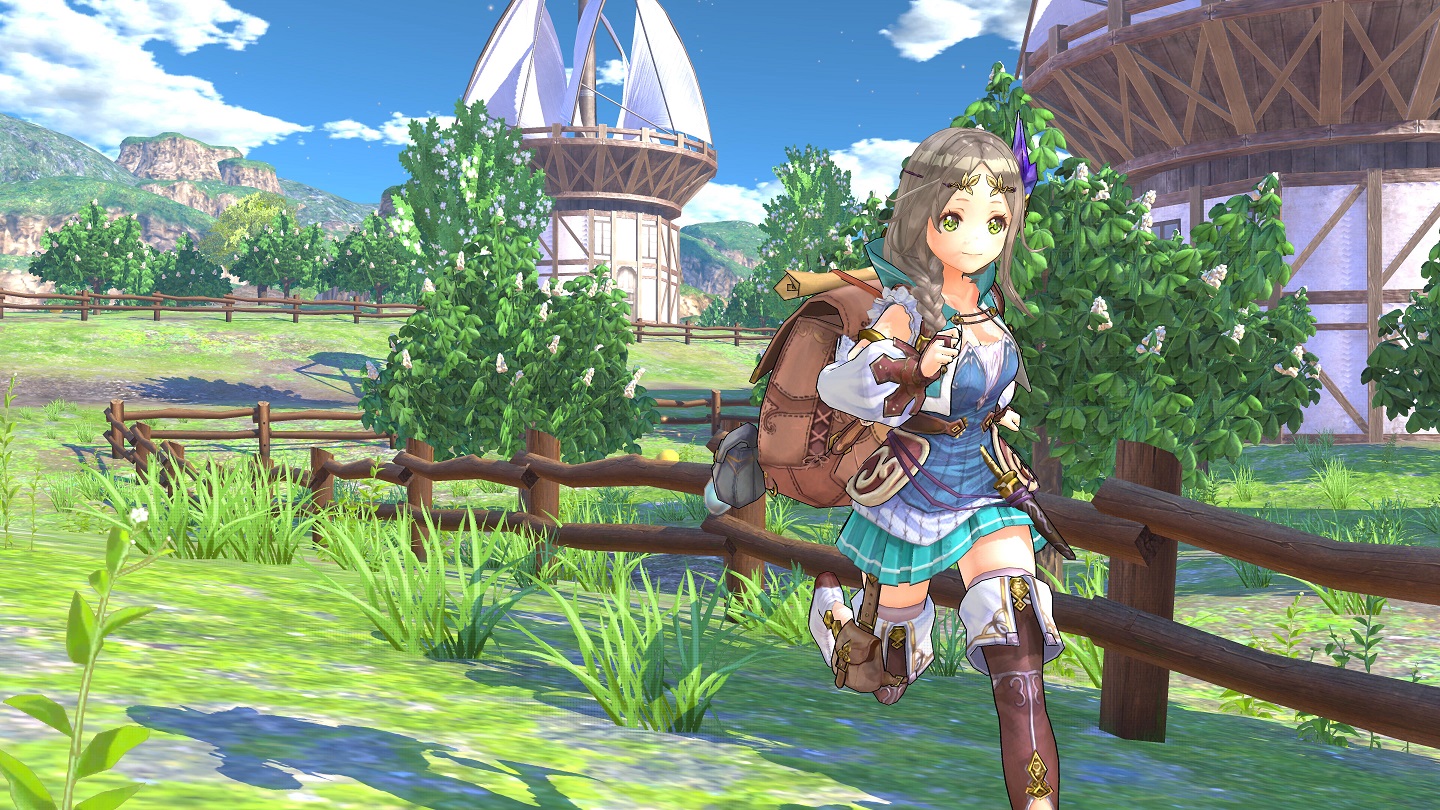 Every time Liane returns home Firis asks her about the outside world and she often visits the large door that separates the village from the rest of the world in an attempt to be close to nature. Through the appearance of a certain alchemist and her friend Firis finds that she may just have what it takes to be free from the city. The problem is that the only way she can hold onto this freedom is if she can prove to the village that she can indeed become an alchemist like the one who opened the door for her. To do so Firis must complete an official exam and become a licensed alchemist in a year or find herself removed from society once again.

As you can see, the temporarily abandoned timer has returned for Atelier Firis as players will find themselves limited to only a year and if they happen to fail in their task the game will indeed end. If you do complete the exam within that time frame you’ll be freed from the time limit and able to enjoy the game at your own pace. The problem with this aspect of the game is that it is incredibly poorly paced when it comes to actually dealing with the story. Thanks to the way time progresses in Atelier Firis players will feel like they are often rushed through events that should be explored in more detail at the time. 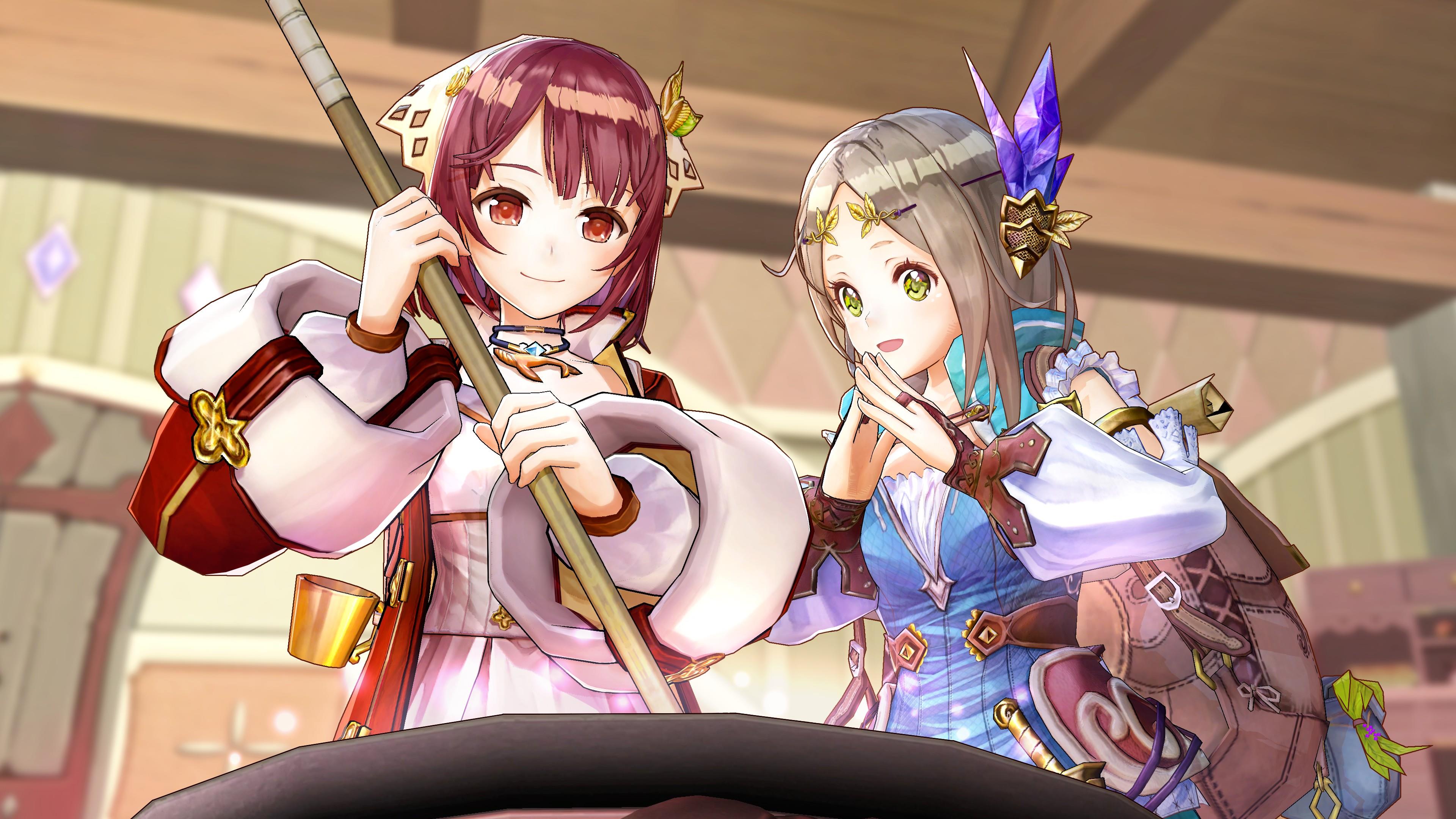 Thanks to Firis’ isolated lifestyle it is rather interesting to see her enjoy the world with fresh eyes is a delight most of the time and while the threat against her does feel fairly significant, this does feel like the weakest entry in the series when it comes to the various side characters and party members that join you in your travels. Not only will the aforementioned familiar faces appear but other characters from past entries return in slightly changed ways but these little callouts do little to help out with a cast of characters that feel underdeveloped compared to what fans of this series should come to expect.

One of the first things you’ll notice when playing Atelier Firis is how much larger the scale is with the various environments in the game. Not only are the gathering areas more openly designed than before but the towns that you’ll be exploring are also quite large in size. It’ll come as something of a surprise to learn that there are multiple towns and smaller villages to visit and interact with the citizenry rather than simply focusing on a single hubcity like previous entries. These large towns do feel like something of a detriment from time to time however as they simply spread out necessary event sequences and needed facilities that used to be easy to access. 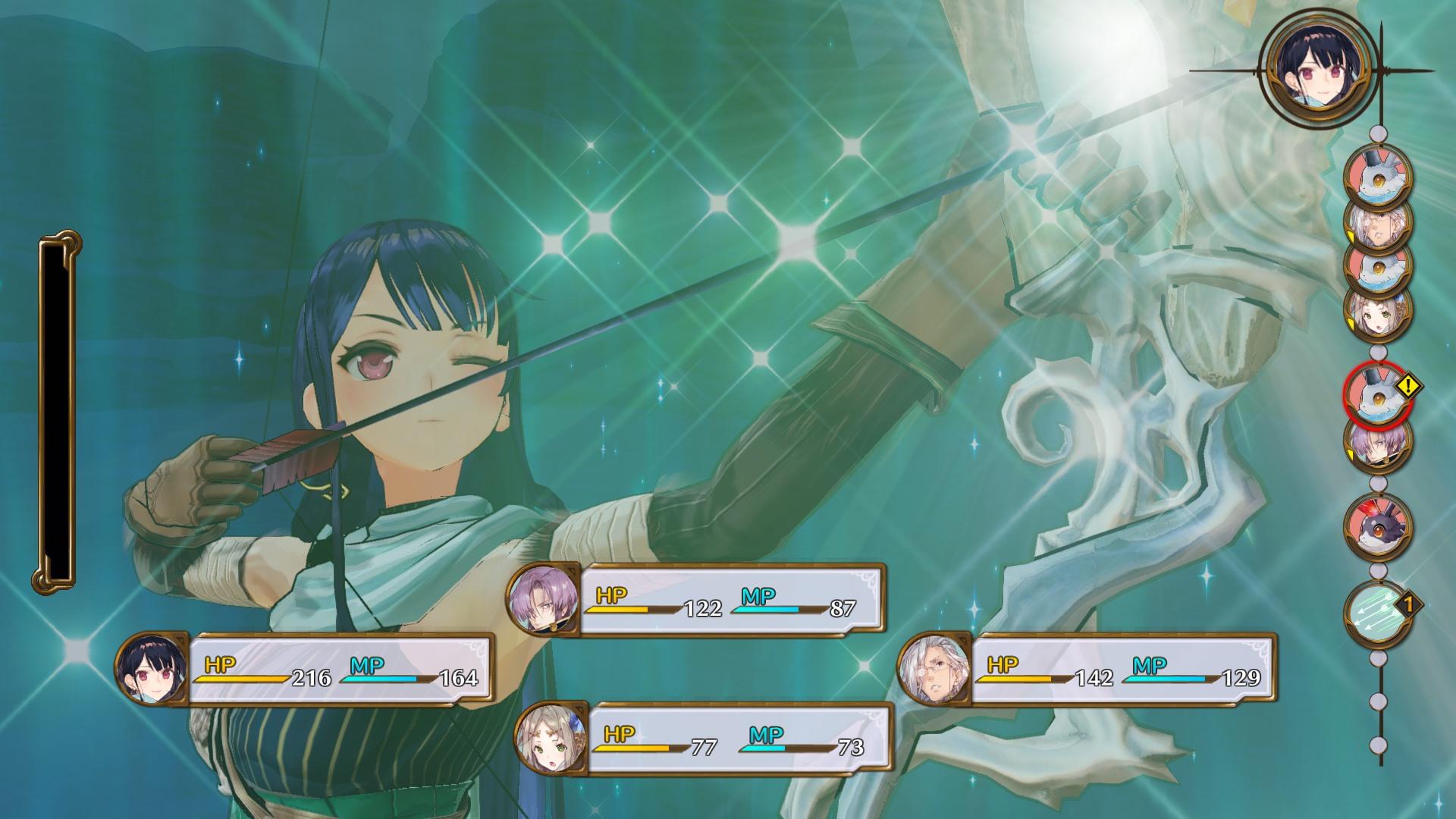 That being said, exploring the field is an even bigger blast than before and while there is a real lack of open world content to take advantage of, the sheer size of some areas and the fact that players now have a portable atelier makes the title feel like a real adventure. You see, by removing the need for a hubcity Firis carries around a workshop that she can unfold and enter, where its deceptively small outside ends up being incredibly large inside, to access her synthesizing features. In fact you can even customize the workshop in various ways to benefit Firis.

It is worth noting that there is a new gauge to worry about in Atelier Firis as there is now an LP meter that will restrict players a bit as to how much they can do at a time. This is because when the LP reaches 0 Firis will be sent back to her campground which can be rather detrimental if you happen to be in the middle of exploring a large area. The meter decreases as you take actions such as fighting enemies and gathering materials with various gathering points providing less harvest at lower LP levels. Thankfully it is possible to avoid bottoming out fairly easily thanks to synthesizable items that recover LP. 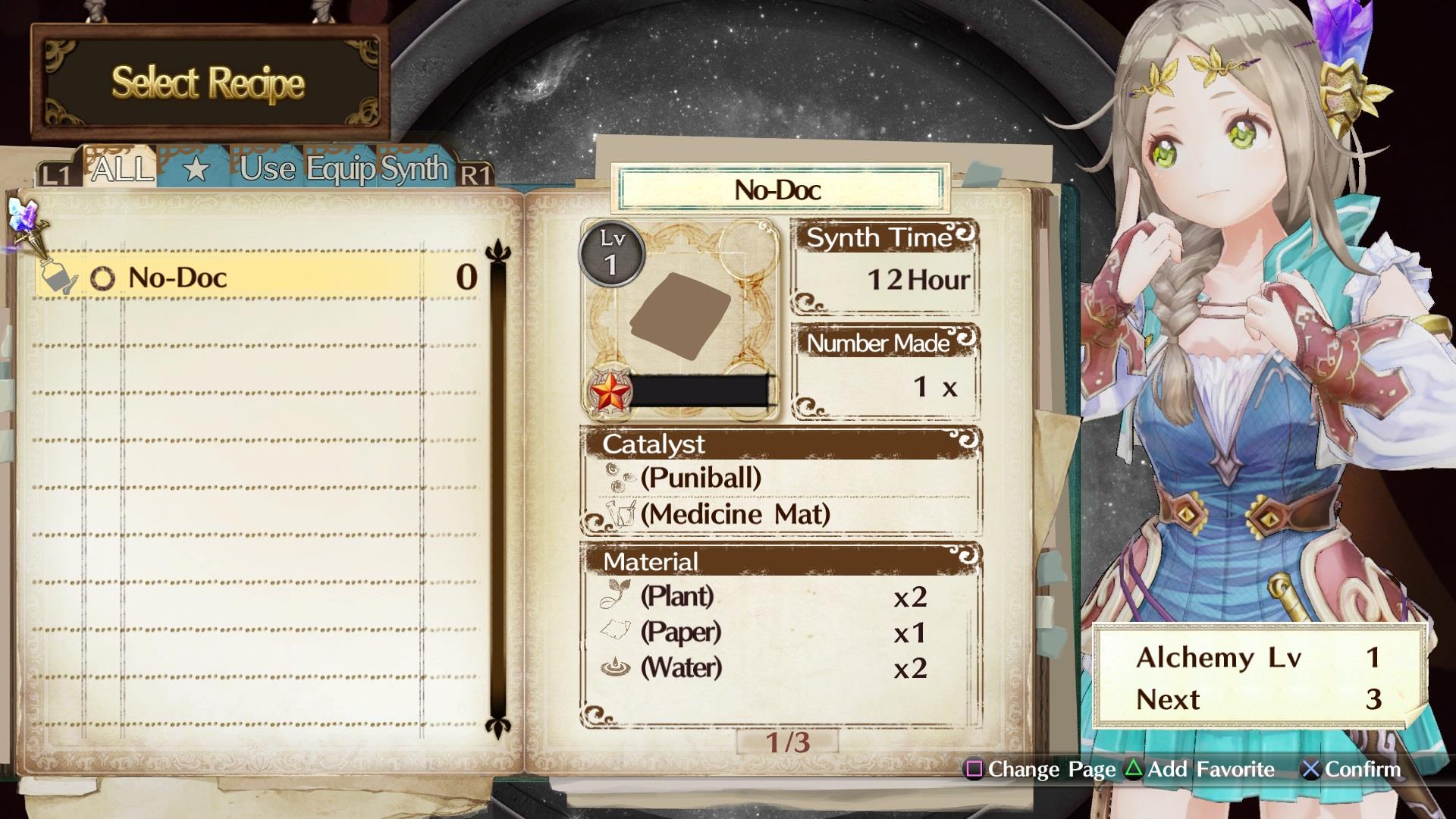 Another element that has been added into the game to add some variety to the exploration is that there is now a day and night cycle as well as various weather cycles as well. The enemies you encounter and materials you can gain from gathering points will change depending on the environmental conditions with some only appearing at specific times meaning players will have extra incentive to search locations more than once. In fact, players will even be able to change Firis’ costume to better match her environment and potentially give her various stat boosts.

Outside of the modified exploration system, the rest of the game is fairly similar to what fans have come to expect. The synthesis system remains highly accessible with players being able to line up ingredients in various patterns to bring out extra item potential though you will notice that it is possible to obtain even more bonuses thanks to special colored lines being implemented into the grid system. Along those same lines the game’s combat system also goes fairly unchanged as the turn based fighting system still features a Chain Burst Gauge that fills up as you deal and receive damage with players being able to deplete the gauge to perform emergency guards or follow up attacks or simply wait it out until it fills up entirely to unleash a powerful Chain Burst.

With Atelier Firis: The Alchemist and the Mysterious Journey opening the world up more than fans have experienced in the past you’ll find that there is quite a bit to explore but for the most part a lot of these environments tend to be rather bland in nature with only a few appearing to look anything more than barely serviceable. The opposite can be said regarding the character models however as the level of detail applied to the characters’ clothing is highly impressive even if the series isn’t as brightly colored as previous entries. It is worth noting that despite being released on the PlayStation 4 there are still frequent frame rate issues in certain areas of the game where being to slow down rather noticeably. 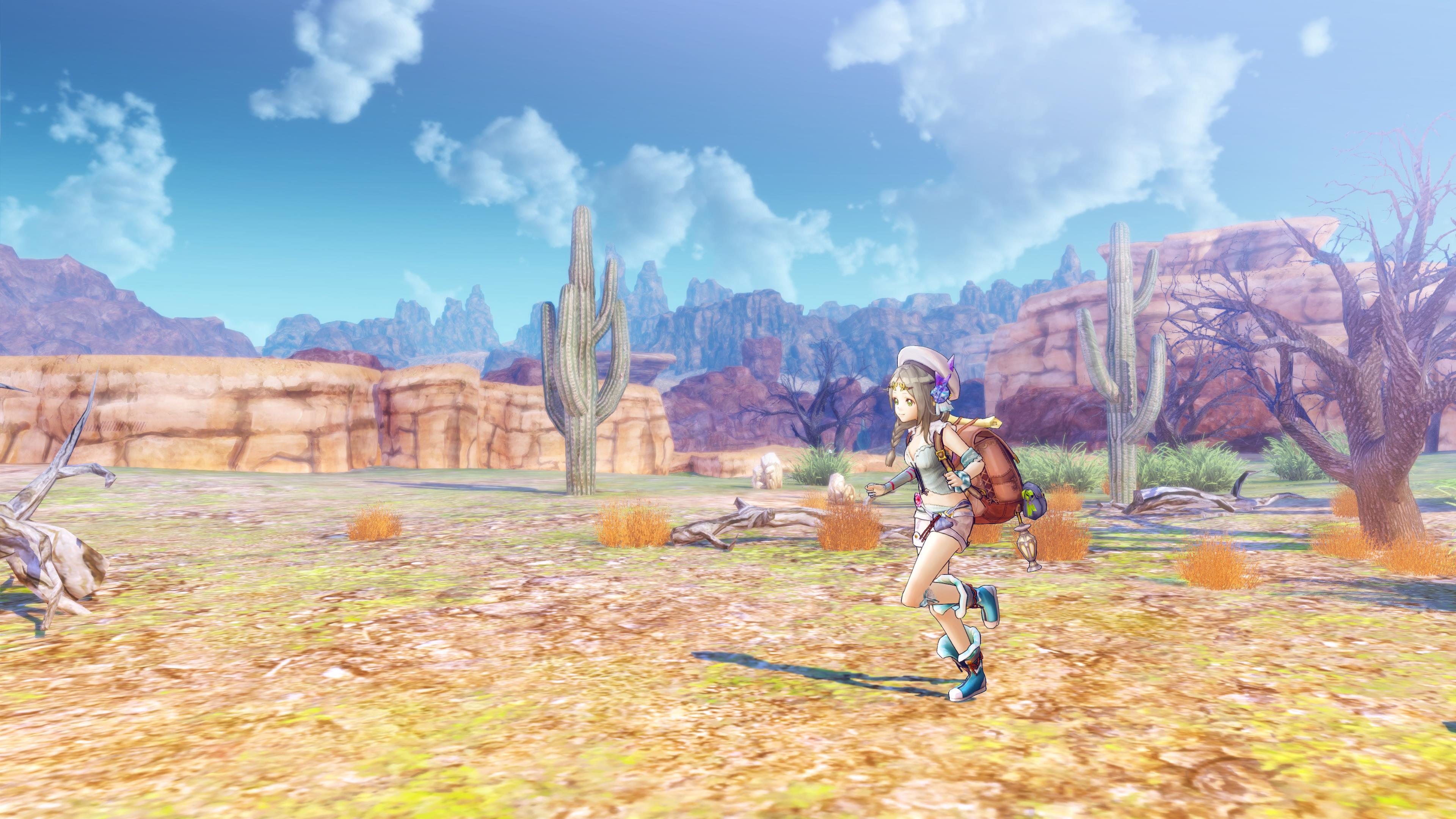 The soundtrack for the game is fairly impressive featuring a number of great tracks that fans have come to expect from the series and the voice work on both the English and Japanese voice tracks are handled quite well though the Japanese voice track does appear to feature more voiced dialogue than its English counterpart.

By changing up the way exploration is handled Gust has offered a new way for fans of the Atelier series to enjoy one of the key components of the game while only slightly touching upon the synthesis and combat features. While this open world is fairly enjoyable the story that accompanies it is unfortunately some of the worst we have seen for the series in years and with the characters generally serving as some of the best parts of the series, Atelier Firis’ lackluster crew here will disappoint many.

Fans of the Atelier series will find a number of new mechanics to enjoy along with plenty of familiar elements but unfortunately the new journey and fresh faces that they’ll find in Atelier Firis fall below the series’ standards.
7