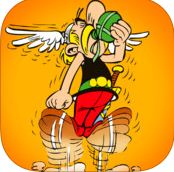 The “Tower Defence” sub-genre, like so many other sub-genres, has been brought to light by games like Plants Vs Zombies, it has shown the world that these games can not only be enjoyable but humorous too. Unfortunately though it seems as though many developers have, let’s say, emulated the game’s style in order to gain the same popularity.  Asterix: Total Retaliation seems as though it has done just this. What was once a popular comic book is  now a tower defence game that is almost entirely the same as Plants Vs Zombies. All the original characters have made their way to the “small screen” within the game and I plan on reviewing this in the mind set of a fan of the original series of comics so bare with me as I fight my way through Asterix: Total Retaliation. 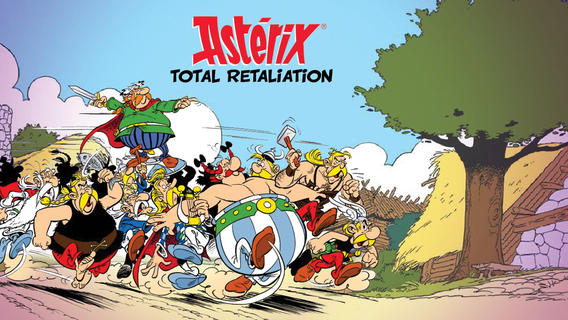 It seems as though the game has little to no story, it doesn’t introduce you to any story, it actually just sends you straight into a gameplay tutorial without any setting so I think it’s safe to assume that this game is NOT story driven. I have not read the original comics nor did I ever follow the series or “franchise” at all so you’d think it is fairly hard to assume where the game is based…well, it really isn’t. You play as Vikings and you fight against the Romans who, much like in reality, were the “bad guys” of this time period, if you can call it that. What shocked me a little bit was the fact that they start you off in the game with literally no story.

As soon as you go into the “Story” mode, it just sends you into a tutorial that lasts about three levels and then you’re off on your own. I’ve yet to come into any story that explains anything and I definitely haven’t come across any story that makes me want to continue defending the village. Fact is though; I can see a great deal of the characters from the comics in this game, we’ve all seen a DVD or VHS of “Asterix and Obelix” while walking through a store and the characters represented on front covers do make an appearance so I’ll give them credit for actually having them in but as far as story goes; there really is nothing. 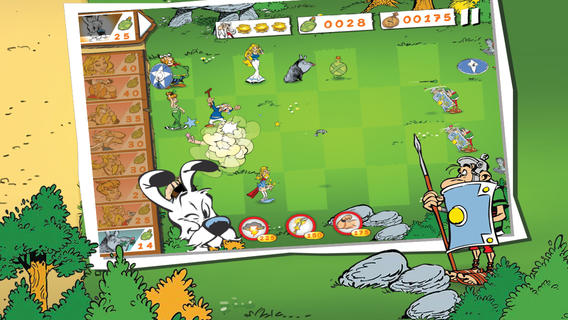 Basically the game plays out like a fairly sluggish Plants Vs Zombies. It’s very harsh, I understand and It’s unfortunate that the developers decided to use the same gameplay layout because it will always be compared to PvZ. You have a grid where you can place certain characters that will defend your line, enemies will begin spawning at random and you have to collect “Potions” that give you points which can be traded for characters to help you defend. That is basically it. Main fighters can only be placed once and they must be moved around to defend other areas where as environmental traps like sandbags and wild boars can be placed multiple times.

There’s also what I would consider to be a “special technique” character that attacks multiple enemies in times of need. I found it boring and I couldn’t help but think that I’d be having a lot more fun with a game that used these mechanics originally and had fleshed them out entirely. You continuously unlocked characters to use and, yes, they were quite interesting but they just weren’t enough to keep me going. Like I had mentioned above; it is the bane of any game to be compared to another but this can be easily stopped by not developing a title so closely to another. Had this game been as polished as Plants Vs Zombies than it would have had a big chance at the Champion Title but this is not the case. 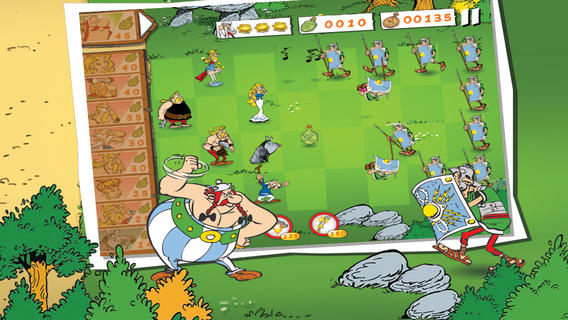 This aspect of the game was probably what actually kept me going with it to be entirely honest. The music was quirky and up-beat, it definitely didn’t put me to sleep like the rest of the game was trying to do. It suited very well and, although I don’t like type of music much, made me enjoy the game that little bit more than I should have. It was very plucky-sounding, it’s use of harps and dated instruments did very well in the setting of the game. The actually sound the characters make weren’t too annoying either, they were subtle and matched the character design. I honestly can’t fault them for this.

Visually I thought this game was stiff and fairly rough but it looked so much like the original comics, to which I did some research on, that I can’t help but imagine that it was done entirely on purpose. It looked like a moving comic of that time and I can say for certainty that it did the original series justice. If only the animation during gameplay was a little better than I deffinitely would have enjoyed it a great deal more. The animation side of the visuals was rough like sandpaper and terribly stiff but I guess you can’t have everything, at least it had a nice style to it. 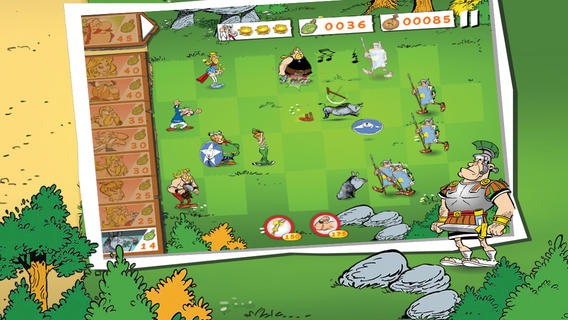 I feel like I’m being far too harsh on this game but I have to review it as honestly as I possibly can. It wasn’t a terrible game on it’s own but on a whole it felt like a cheap clone of Plants Vs Zombies. While it felt like a good old comic, it didn’t feel like a nice new game and that’s really what we’re looking for in this day and age. Why nostalgia plays a big part for most people, it doesn’t for people like me who were much too young to have picked up an Asterix comic and remembered it to this day. For the most part this game is playable but if you’re a seasoned mobile gamer I can guarantee you will NOT be able to stop the comparisons in your head and it will effect your enjoyment of the game. It’s unfortunate but true. I have to say though, if you’re a fan of the comics or just the style of comics; pick the game up, it is for a very selected audience and hopefully it will bring some level of enjoyment to them.