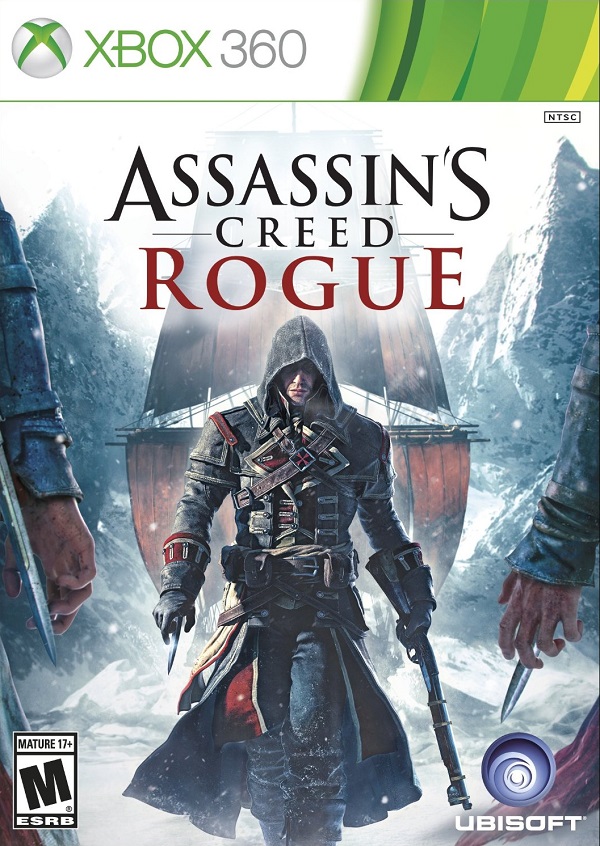 Overview
Although many people have turned their attention towards the current-gen exclusive Assassin’s Creed Unity, Ubisoft has not left fans that have yet to upgrade to the latest systems in the dust as they have released Assassin’s Creed Rogue for the older consoles. Throughout the years we’ve followed the battle between the Templars and the Assassins; however we’ve only ever seen the fight through the Assassins’ eyes. With Rogue putting us in the boots of a Templar, is the title worth picking up?

Story
Taking place during the French and Indian War in the North Atlantic, players take on the role of Shay Patrick Cormac, a new member to the assassin order who is working under a familiar face in the form of Achilles Davenport. Thanks to his skills, Achilles chooses to give Cormac a chance to prove himself and accept a dangerous mission involving a Piece of Eden. 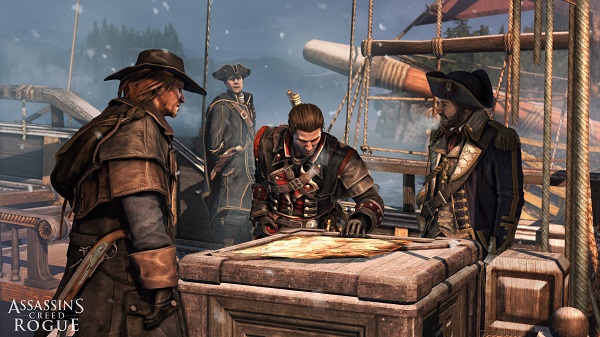 Unlike his predecessors, Cormac has an attitude that forces him to question many of the methods that the Assassins use to complete their missions and when he witnesses the slaughter of many innocents and is left to die by those he used to call friends, he aligns himself with those that players have killed throughout the years, the Templars.

Witnessing the events of Assassin’s Creed Rogue through the side of the Templars makes for an interesting experience and Cormac’s personality is a nice refresher, even if he is not as likable as Edward was back in Black Flag. The entire aspect of having to chase down and kill those who you would previously have been helping puts the story in a bit of a new light, especially when it appears that, at least through their eyes, that the Templars really are the good guys while the Assassins may not be as noble as we’ve been led to believe. 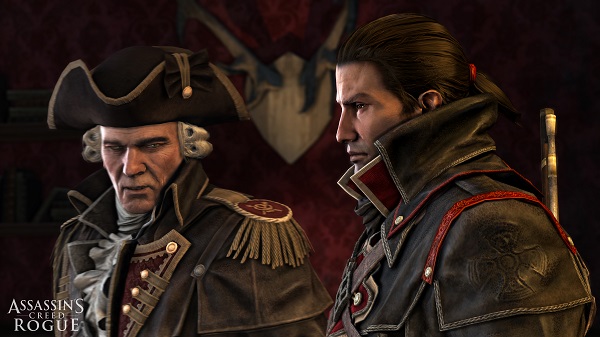 Now as for the modern day aspect of the story, it is reminiscent of Black Flag where players are still a no named employee for Abstergo Entertainment and can walk through the halls of the building in first person mode. While sifting through the memories of Cormac, you accidentally cause the entire building to be locked down and crash the servers. You are then told to continue exploring his memories with zero contact from the modern day Assassins, making this a consistent story where players are always siding with the Templar side of the conflict.

Gameplay
The actual gameplay found in Assassin’s Creed Rogue feels like the company took the best aspects from Black Flag and Assassin’s Creed III and put them together to create a new game using old assets. Players will find themselves sailing the iceberg filled seas of the North Atlantic while participating in open-sea combat that feels extremely similar outside of a few new weapons you have at your disposal, traversing through the streets of the 18th Century streets of New York, and even traveling through the forests of the Hudson River Valley. 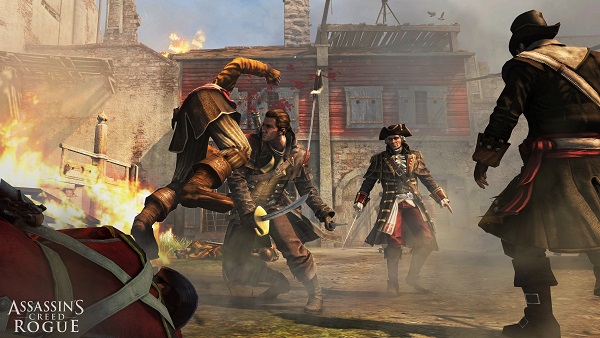 As you explore you will come across numerous places to capture ranging from gang hideouts to full on forts and this is only the beginning of what becomes a game littered with collectibles, many pertaining to the French and Indian War, numerous side-activities, and various resources you can gather to help upgrade your ship and make it as dangerous as possible out on the icy seas of the North Atlantic. In fact, one of the best aspects about Rogue is that none of the side-activities are really that tiresome or worn out this time as there is just enough variation here to keep players happy even when they are binging on side quests between campaign missions.

Both the combat system and the parkour system remain the same as prior games where the combat involves players having to attack opponents while countering incoming attacks and changing their strategies depending on what type of enemy they are facing off against. The entire combat system feels like a repeat of past games, making it familiar but also losing the impact that it once had as everything is far too familiar at this point. As for the parkour, it contains the same problems that persisted in past titles where certain movements would either cause Cormac to stutter as he climbs or unintentionally leap off in a random direction instead of where you intended. 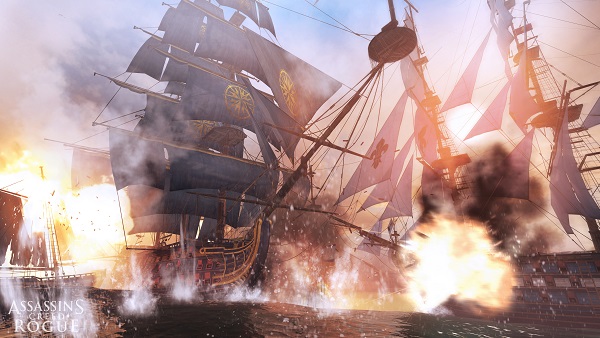 It is worth noting that a couple of new firearms, including an air rifle, are included in Rogue though they aren’t quite as useful as I would have liked. One of the most interesting new features to the game appears a few hours in once Cormac becomes a Templar. As you remember, Assassins are always out for Templar blood and that is certainly the case in Assassin’s Creed Rogue and gives players a consistent sense of danger. As you walk through the streets you will always need to keep your ears tuned and eyes open as Assassins have a chance to ambush you at any time. Keeping an ear out for whispers and using an enhanced version of Eagle Vision is essential to avoiding major health loss and getting the jump on your hidden foes.

Visuals & Audio
Being a title that is exclusive to old hardware, Assassin’s Creed Rogue still does a very good job at keeping everything nice looking. Exploring through lush looking forests or sailing through the decent looking oceans is still impressive looking, though once you do enter the city you’ll notice that a number of noticeable shortcuts have been taken to lower the amount of detail actually present in most of the game’s textures. 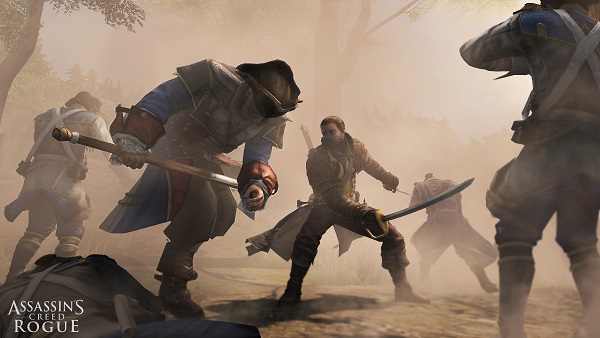 As for the voice work, you will find that Assassin’s Creed Rogue supports a very fitting voice cast that portrays the characters and the struggles of the world nicely. Unfortunately I must say that I was disappointed that most, if not all, of the music in the game, including the sea shanties, was taken directly from Black Flag and transported into Rogue. While the quality is still there, it would have been nice to hear something new.

Overall
Assassin’s Creed Rogue makes the best of what it has at hand. Although a number of elements of the game are simply elements re-used from the past couple of Assassin’s Creed titles, they come together nicely and create an experience that fans will enjoy. Especially since it happens to wrap up the elements from the American side of the conflict and helps transfer us nicely into the next step in the Assassin’s Creed storyline, Unity.