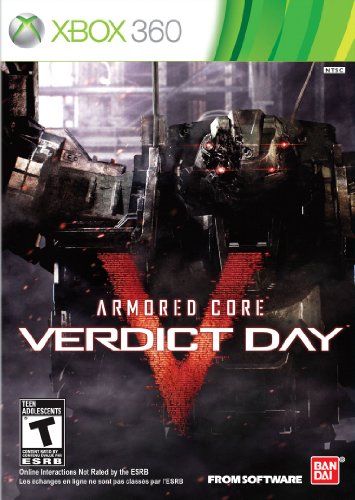 Overview
From Software and Namco Bandai have been delivering the mecha warfare Armored Core games since the series’ premiere on the original PlayStation back in 1997. With over a dozen titles across five platforms (six with Japanese mobile games), the Armored Core franchise has proven it has staying power. How does Armored Core: Verdict Day, their newest entry, hold up? Is it worth your time or will we be picking its scrap off the battlefield? Let’s find out. 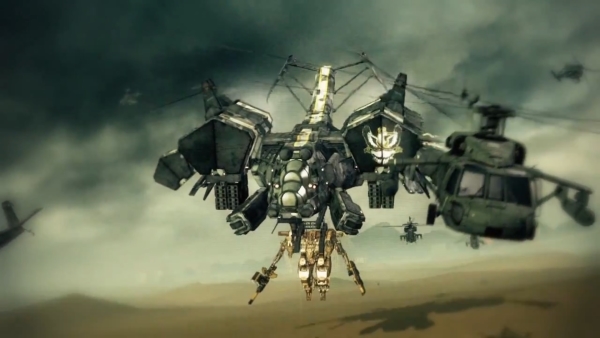 Fatman ferries you around with his Stork

Story
The future is a dark and unforgiving place. The apocalypse has occurred and the remnant has split into three warring factions. Sirius is made up of folks with access to natural resources, Venide is a militant faction that absorbs smaller groups as they roll over them, and the EverGreen Family, though small, boasts superior technology. With the factions at each others’ throats, the road has become wide open for your mercenary squad to sweep in and make some sweet cash. 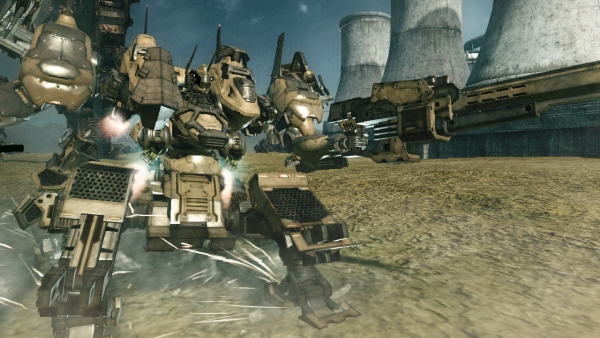 Gameplay
One of the aspects of the Armored Core franchise that has helped it hold mindshare of the faithful over the years is its intensely deep customization. Verdict Day continues to deliver, and in spades.

Fans who’ve played Armored Core V will be able to bring over their save files, including their customized ACs (or Armored Cores) and banners. Everyone starting fresh will be given a basic AC with a few options to get up and running. As you play through missions, you’ll earn money and new parts to keep your inventory filling up. You can jump into the parts store and buy the things you need as well. 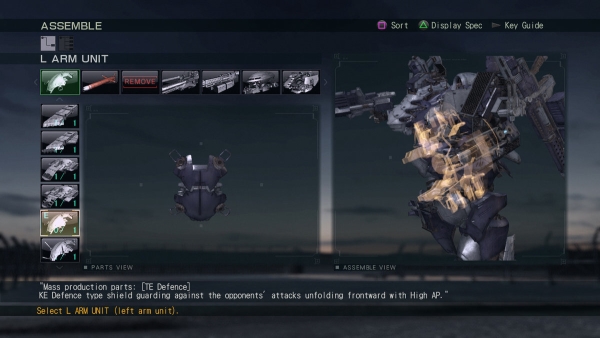 As any long-time Armored Core fan knows, the sheer number of options available in terms of AC customization can be overwhelming. There are several points on your AC that can be customized – everything from legs, arms, and head, to core, boosters, weaponry, and more. Within each of those categories lies hundreds of options, each with several stats you’ll need to take into account when building out your dream machine. For those willing and wanting to take the dive, hours and hours can be spent just lining out what you want. On top of that, you can design your own custom emblems and paint jobs with great detail. Verdict Day delivers enough to keep fans fat and happy for quite some time.

On top of customizing your own AC, you can take both friends and friendly bots into battle beside you. If you want some backup for a particularly hairy mission, you’re able to assign a UNAC (Unmanned Armored Core) to join you. If you want, you’re free to customize several of them to compliment your playstyle as well. This further provides a sense of accomplishment for your time invested in building out the ACs and can give you some much needed reprieve in tight situations. 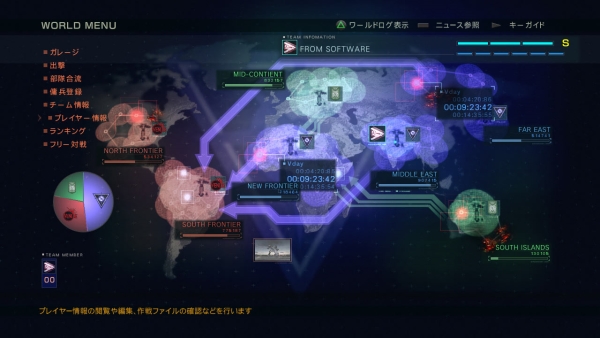 In Multiplayer, you’ll fight over control of the world.

The story in Verdict Day is, at best, a moderately performed effort. Most of the narrative is told in pre- and post-mission radio chatter from two of your mercenary teammates: a former merc named Maggie and a transport pilot codenamed Fatman. The story is nothing special, and Maggie and Fatman’s lines feel on par with something out of a cheesy made-for-television Syfy movie.

On top of a mediocre story, the mission structure is, by and large, lacking in any real variety. The vast majority of the time, you’ll go in to a mission, wipe out everything that moves, and grab your paycheck. Missions occasionally pit you against other AC pilots, providing a much better dynamic game experience, adding variety to the otherwise mundane mission structure.

On top of the single-player campaign, you can create or join a team for online play. This is where some fantastic variety and added features come in. Joining a team online will let you participate with and against other AC pilots from all over the world. It’s great to have a sense of camaraderie with other players, even if you’ve never met them before. You’re can even invite them into your single-player campaign missions to help out. On top of that, you can square off against other teams to fight for overall world domination. It’s a well designed and rich multiplayer suite, making the jump from ACV alone worth the price of admission of fans wanting its feature set. 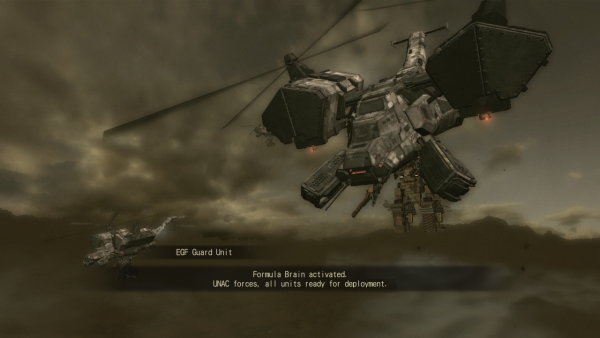 UNACs can accompany you into battle

Any teammates not in missions can freely chat with one another. Once someone joins a sortie, however, they’re removed from the team’s voice chat with no warning. It can be a bit jarring at first. It makes sense that they would want to give you a dedicated chat channel for sorties during a mission, but it should have at least been a toggle. What if you’re playing a sortie alone?

The controls in Verdict Day feel well thought out and responsive. Zipping around the battlefield, boosting to and fro to avoid incoming fire, switching weapons, and more feel great once you get used to them. The game controls well and feels empowering in the process, though it may take you a few missions to get the hang of the scheme.

Visuals
Visually, Verdict Day can be a bit rough. The UI is rich with deep-seeded menus casual player will likely be intimidated by. More off-putting, though, is a lack of fidelity that feels out of place, especially this late in the generation’s life cycle. Particle effects from lasers, explosions, and more fail to carry the believability other games have managed to with the same hardware. Every mission’s aesthetic feels samey, too – deserts with broken down buildings occasionally pockmarked with sand dunes or elevated roadways for some variety. It would’ve been nice to have more variety in level design. 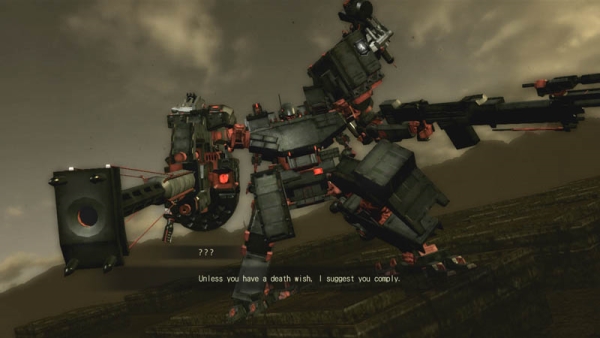 Audio
Verdict Day‘s audio feels a bit lacking. As mentioned earlier, voice acting delivery feels B-grade at best, often due to cheesy dialogue or awkward timing of delivery. The music ranges everywhere from interesting to downright annoying, virtually ensuring you won’t seek it out on iTunes.

Overall
Overall, Armored Core: Verdict Day is a solid entry for fans who know what they’re getting into. In spite of rough looking visuals and mediocre-to-bad audio design, the fun gameplay and deep customization do a fantastic job carrying Verdict Day. If hours of tweaking doesn’t appeal to you, though, you’ll probably want to avoid this title.