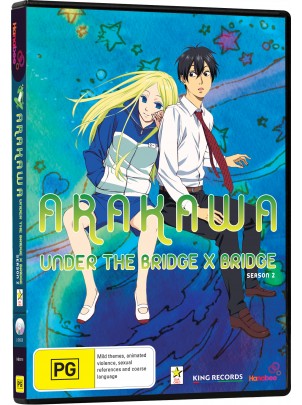 If you haven’t already seen the first season, I’d suggest checking out our review for it and seeing if it’s for you. After watching the first season, come back and read this review. (Or you know, read on if you like, I tried my best not to spoil anything.)

The story of Arakawa Under the Bridge X Bridge takes place shortly after the events of the first season. It seems that the residents of under the bridge have become more welcoming to Ko (or Rec as they call him) and he himself has managed to fend off his asthma. 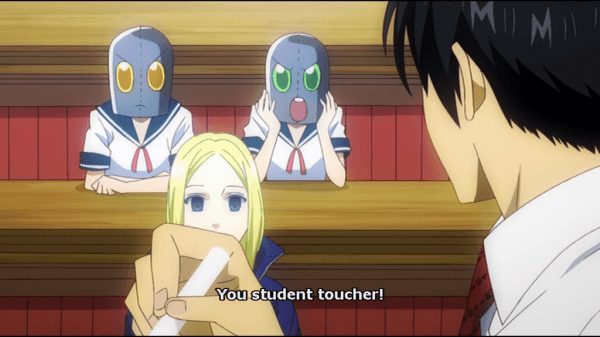 In this season of the series, it seems like the plot is actually starting to pick up. This is because early on, Rec and Nino really go through some great (and hilarious) character progression, not only for themselves but also for their relationship. Also, in addition to that, it seems like it is a legitimate possibility that the residents beneath the bridge could actually be heading to Venus, Nino’s home planet due to some interestingly hilarious plot developments.

And really, most of the seasons story follows the residents of under the bridge as they prepare to head for Venus. Actually some of the most hilarious episodes in this season are the ones dedicated to some aspect of the group trying to achieve something towards heading into space.

One of the most hilarious episodes in this season is the episode where all of the residents under the bridge try to lose as much weight as possible in order to keep the weight of the spaceship within it’s restrictions. The group gets segmented into smaller groups each trying different methods of losing their poundage. I don’t want to spoil any of the moments in the episode, but the fight at the end involving Stella and one of the Metal brothers is pretty hilarious. 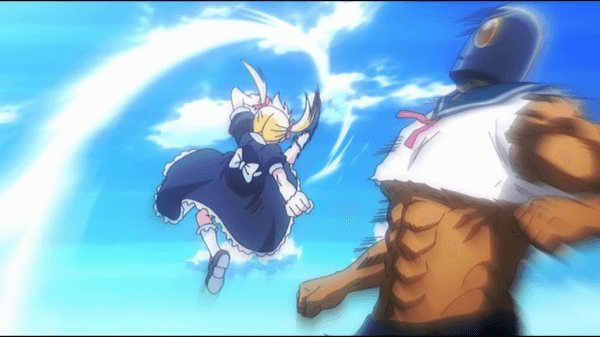 What I really liked about this season is that a lot of the characters that appeared once or twice in the previous season are much more fleshed out. By adding more personalities into the already insane series, there is a lot more potential for hilarity. I must admit, that this potential was reached and I was laughing all the way through.

The one thing I didn’t like about the story in this season was how vague the ending was.It felt really open to interpretation and after being built up for a solid ending throughout the entirety of the season, I was left feeling confused. Satisfied as it ended really well, but I was just confused. This is because the ending is told in the same format as the opening of each episode with it’s symbolism and really vague meanings and footage. The openings aren’t meant to be taken literally and by having the series close in a similar manner, it really makes you question the accuracy of the final scene.

The story in Arakawa Under the Bridge X Bridge was a hilarious and satisfying viewing experience. I’m pretty sure I woke the neighbours by laughing for the entire 2hr+ runtime on each disc. Seriously, could not stop laughing. Loved it. 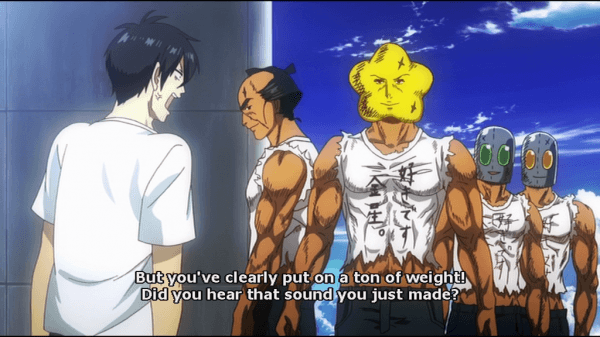 A lot of the jokes, gags, spoofs, etc. in Arakawa under the Bridge X Bridge rely on visual cues to help push the comedy from just funny into the hilarious zone. And it does this really incredibly well. With these kinds of cues, I really enjoyed how they would often reference a previous joke or repeat the same joke in another episode visually. By having these calls it makes the show much more hilarious to the home viewer, which is rather important to this series.

What was nice about the series was that the art style didn’t really change between seasons. Everything looks as familiar and sometimes as odd as it always has. This is great because if it was unfamiliar it’d be really hard to get into. 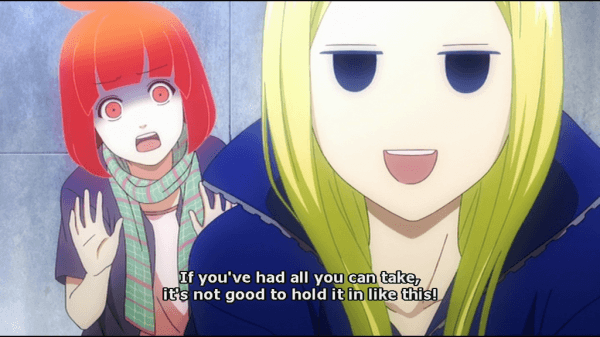 My favourite thing about Arakawa under the Bridge X Bridge, visually, is the huge number of facial expressions that Nino utilises throughout the series. I remember in one scene where she pulls her jacket over her head and tries to make herself look more intimidating. That was hilarious, and cute, but mostly hilarious!

Much like the first volume of Arakawa under the Bridge, Arakawa Under the Bridge X Bridge is completely in Japanese without an English dub. This means that you will only be able to watch the show in its native language while reading along with subtitles (if you don’t speak Japanese).

Unlike the first seasons opening, it took me a while to get into this seasons. It just felt a little odd to listen to. It’s like the opening theme wasn’t sure if it wanted to be a melody, a pop song or some kind pseudo-rap song. While initially it is a little strange, so to is the series, so it’s to be expected. 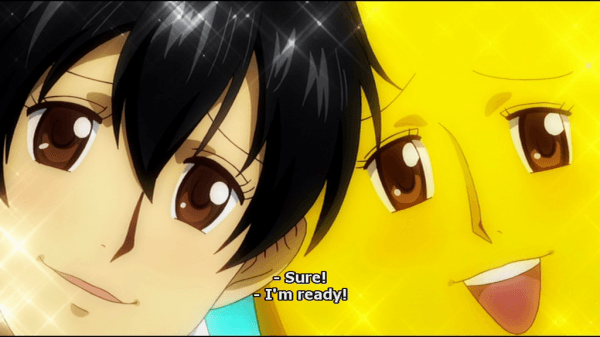 Honestly speaking, I think that the Japanese dubbing enhances the flavour of the comedy in the show. I’m not entirely sure why, but I think that if I heard a western voice or the same jokes in English, they’d be a bit flat. And, as this show is so dependent on it’s comedy, this would be a bad thing if it were to happen.

Arakawa Under the Bridge X Bridge comes equipped with a reasonable amount of extras. These include end credit cards, TV spots, trailers and the like. I find it interesting that the release includes the end cards of the series because they usually make for some really cool wallpapers if you screenshot them on a computer. Other than that, the Japanese TV spots are short but entertaining to watch.

The extras as they appear on the disc are listed differently to how they’re listed on the back of the packaging. So it’s quite strange to flip into the Special Features and notice that TV Spots divided into 4 different menu items and none of them actually contain the term TV Spot.

However, all of these additional extras are great and add much greater value to the end product.

Overall Arakawa Under the Bridge X Bridge is an amazingly hilarious show that is sure to make even Golgo 13 cackle. I found it a joy to watch and it’s definitely a step up from the first season. I think that everyone would find this hilarious to watch.