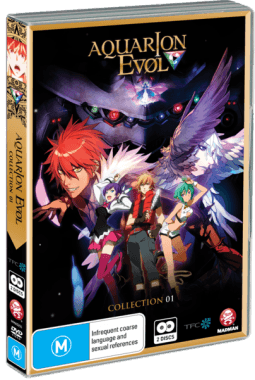 Every mecha-centric anime series has the same set of fundamental ideas, ideals and execution. The fact of the matter is that we as fans of the sub-genre choose to follow certain series’ over others due to their major differences despite the fact that, deep down, they are all incredibly similar. What makes a series like “Neon Genesis Evangelion” better than a series like “Mobile Suit Gundam” or vica versa?

Is it maybe that some shows stick closer to their roots? Is is maybe that some shows choose to take a path not yet travelled by others? There is no right or wrong answer to a subjective question, the point I’m making is that we don’t just follow series’ simply because they revolve around mechs and their pilots, it goes a lot deeper than that and it’s mecha animes like “Aquarion Evol” that attempt to give us more than what we expect from a seemingly simple mech plot. Does it though? 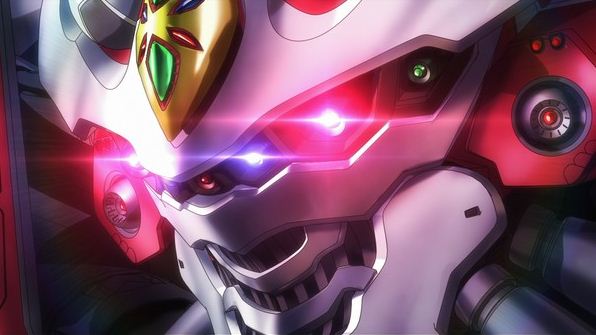 Set 12,000 years after the events of the series’ predecessor “Genesis of Aquarion”, “Aquarion Evol” follows the story of a young man named Amata; a lover of old mecha movies and a strange teen that gains the ability to fly/levitate once charged with emotion. One afternoon after heading down to the cinema he works in to clean the seats he notices a beautiful young lady who cannot help but be stuck to the screen, her gaze I’m talking of…she wasn’t literally stuck to the screen. Amata and Mikono (the cinema girl) quickly become friends as they talk through the old movie that was just being played and their views on life. The two soon came into contact with an inter-dimensional force known as the “Abductors” who have travelled through the space inbetween space to collect the women from this dimension/planet to take back to their home world where women have basically gone extinct.

The “Aquarias” are swiftly deployed to combat the threat but it doesn’t seem like they’re much of a match for this particular enemy, one that will soon be Amata and Mikono’s biggest threats. The “Aquarias” are a set of massive robots each piloted by a group of boys and a group of girls, the segregation of genders came after a great tragedy involving a former soldier and his now-departed wife which came about, apparently, because of their incredible love connection. Long story short: Amata and Mikono end up inside a “Vector” (one of the three jets that fuse to create an “Aquarias”), they eventually end up destroying the crystals that stop the male and female “Vectors” from fusing together and they, along with a couple of the existing “Aquarias” pilots, fuse to create the legendary “Aquarion” the titular mech of the series. From then on in Amata and Mikono are recruited into the “Neo-DEAVA” forces who are tasked with protecting this world from the “Abductors”. There they attend a pilots school where, once again, male and female students are separated…but not for long. 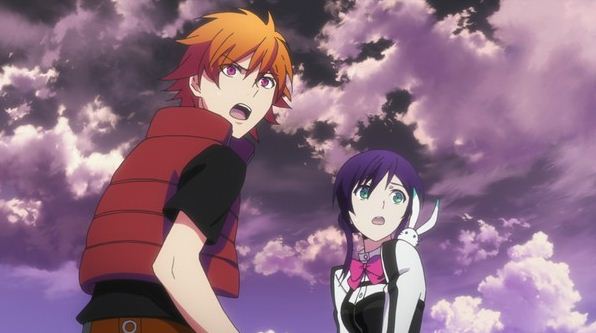 “Aquarion Evol” does a great deal of things correctly in my eyes story-wise but with everything it does right it also does a few things totally wrong and while some of the things aren’t even barely big enough to mention, there is one thing that “got my goat” almost the whole way through the entire first collection. The biggest themes that run throughout this series is that of friendship, love and the bonds between humans – which are actually some fantastic themes to have throughout a series of this kind seeing as the characters are constantly connect and disconnect from each other both emotionally and spiritually. It’s the extreme focus on the coming together of the genders that really makes from some incredibly annoying scenes that have far too much of a highlight for a show where the actual focus should be on the looming doom of a planet and its female population. I will say this much; I don’t really mind when two characters enjoy each others company or even fall in love, that shows true character depth and development but when each and every single character falls into an awkward love struggle with another…well, I just can’t handle that because, let’s be for real here; it isn’t real.

I do enjoy the connecting of the two genders throughout collection 1, it was nice to see that these characters actually developed together thanks to the events of the series, they grew closer to each other and they begin to understand and accept each other…THAT is some incredible writing, not awkward conversations and unnecessarily embarrassing situations. Essentially a few episodes/scenes were only there for the sake of extreme fan service. In one of the earlier episodes the students/pilots were shipped off to the main land where they were meant to have a nice relaxing day in the local city doing pretty much whatever they wanted to, they were put in mixed-sex teams of three and equipped with an arm band that electrocuted them as soon as their “emotion levels” got too high which basically meant they would get electrocuted as soon as one of them got turned on by another member of their team. It was labelled a “training excercise” but, to me, it was just an unnecessary addition to what is brilliant anime series. The bad thing is that it was one of many, luckily the rest of the story and the series made up for what the story did wrong…thank the lord. 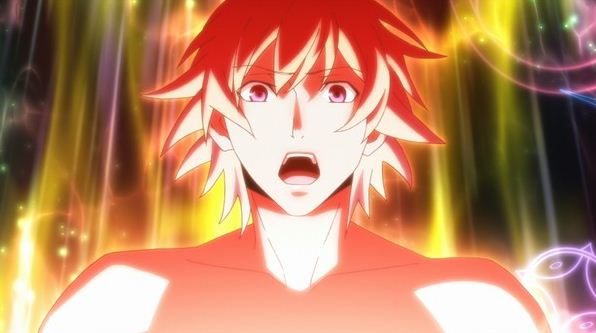 I will give “Aquarion Evol” a lot of credit for the way it is put forth visually, I actually didn’t have high expectations for this series and that was simply based on the fact that I had never really heard of it until the review copy arrived at my front door not 4 days ago. I was pleasantly surprised by its high-calibre animation as well as its masterful mix between CGI and tradition animation which I can honestly say was done so much better in this series than in any other series I’ve seen up until now and that includes one of the newer mech animes “Valvrave The Liberator”. What was also so different about this series was the environments and locations where characters travelled through, lived in and fights took place; it wasn’t your typical Tokyo-esque city nor was it a super evolved sci-fi utopia…it honestly just looked like Venice (Italy).

There were canals and gondolas and the architectural structures were all design in a traditionally European style and I enjoyed that so much. Though it did take a little bit of a shift throughout the collection, you begin to notice that the city isn’t entirely tradition as the series goes on but it is also something I thoroughly enjoyed because it contrasted both modern and ancient.

The animation was smooth and fluid in motion, you barely ever saw a dip in the animation quality which is something I’m going to assume a lot of anime fans have come to terms with considering it is in literally every anime series. Everything was done perfectly, from the costuming to the actual “Aquarion” variations, everything was designed so brilliantly. I would have loved to have seen this collection released on Blu-ray rather than just DVD because I can imagine how much more crisp and clean the visuals of the entire anime would have looked. What else can I say? It is only rare that a series like this comes out of left field and leaves me speechless regarding the way it looks. 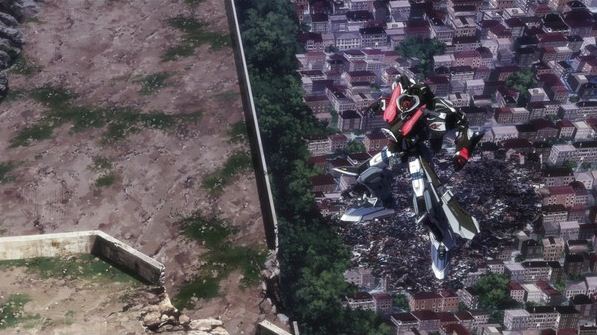 When it comes to anime series’ like this I’m not often blown away by its auditory aspects, possibly because I’m much too focused on the action scenes or the voice action but something that “Aquarion Evol” forced me to do was to take not of its soundtrack and I actually enjoyed it despite my dislike of the genres used.The series uses a great deal of classical and orchestral music, the great thing about its use was that it wasn’t only during non-combat scenes, in fact, the booming orchestral sound mainly made its home amongst the battles between giant robots and it made so much sense because, while they are creations of science, the people piloting them are spiritually connected to each other which adds another layer onto what was already a fairly solid foundation, the addition of loud and haunting orchestral scores just bind it all together and a brilliant way.

I’m not too surprised now that I’m aware a great deal of the music was done by Yoko Kanno who you may know from a great deal of Shinichiro Watanabe projects like “Cowboy Bebop” and “Kids On The Slope”. Something else that blew me away was the incredible talent of the English voice acting cast, they performed admirably! Each and every character was defined by their voice and the way they were acted out in a fantastic way and while there were some annoying characters, they were mostly drowned out by the well-written and well-acted ones. Once again, I was shocked at just how good the voice acting cast was, unfortunately they were tasked with acting out some horrendously awkward and silly scenes but I believe, for the most part, they kept their composure and acting integrity. 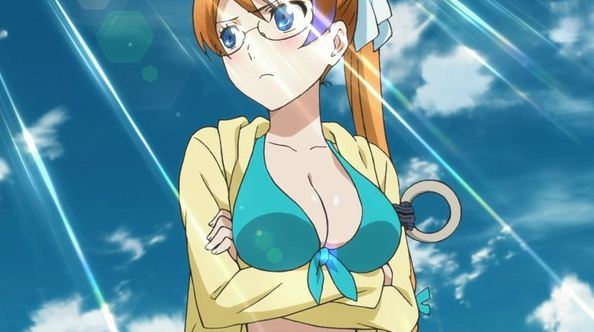 I’m quite impressed at what “Aquarion Evol Collection 1” brought to the table in terms of on-disc extras. As usual it came packed with trailers for the series, trailers for other series’, clean opening and closing sequences, episode commentary (which also gives you quite a large level of insight), etc. What I was actually very interested in was the featurette that was also present on the disc which worked as like a small documentary that covered the series conception, its announcement, its creation and its release. While it was really the only worthwhile extra in the release it was still something nice that I can imagine fans of the series would be really into. Even me, as someone who never watched the original series and had just finished the first collection of the second, I enjoyed it quite a bit. 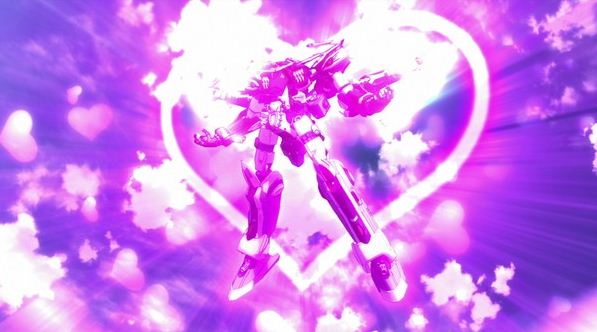 “Aquarion Evol” seems to me like another fantastic anime series that is held back due to a flaw in its story regarding its characters. For the most part “Aquarion Evol” is absolutely amazing and it actually has a great overall story, unfortunately it is constantly interrupted by simple teenage struggles, the type of thing that shouldn’t really be present in a story where giant robots must fight other giant robots for the sake of each others planets. Fact is; the series was filled with “primo” animation and some fantastically suiting music as well as some of the best voice acting I’ve heard in a while. I’m actually really into this series but I still find it hard to sit through the silly scenes. At the end of the day, this is simply my opinion, a lot of you out there will enjoy this as much as I did or even moreso, if you can get over the silly teenage stuff then I’d say this is the series for you.