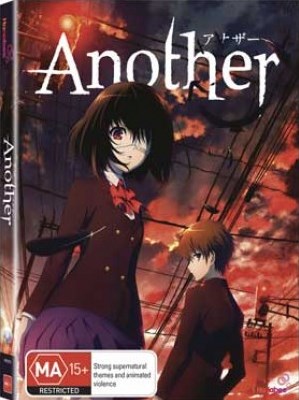 Overview
One of the great things about the anime medium is its capability to portray intense thrillers with unsettling horror elements. That’s not to say it’s common when we do get a series from this genre, as for a scary thriller to succeed it must be done with flair. Another is a fairly recent stab at the genre, weaving together creepy visuals, a mystery and grisly killings reminiscent of Final Destination. Does it have what it takes to join the ranks of successful horror anime? Read on.

Story
Another’s first episode starts by ensuring you won’t get a good night’s sleep. A student attending Yomiyama North Middle School dies suddenly in 1972, shocking her classmates and teacher enough to pretend that she’s still alive and well. While good-intentioned, this move sparks a curse which plagues the class from then onwards. Fast forward 26 years and the plot is centred on Kouichi Sakakibara, a transfer student about to attend Yomiyama North. 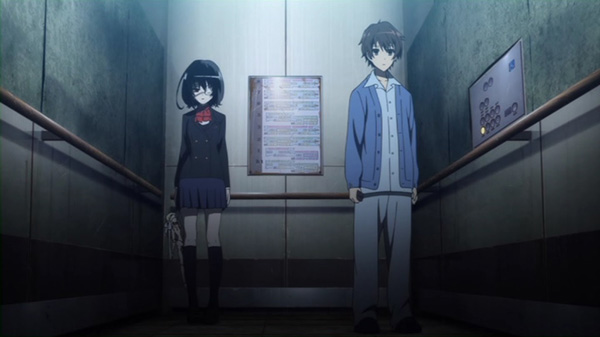 From the outset, something is very wrong with the town and, in particular, the students of his class. After a creepy elevator scene that would do the game F.E.A.R. proud, we are introduced to the other crucial character, Mei Misaki. Only she acts like a ghost, looks like a ghost and is treated like a ghost. Everyone Kouichi meets denies knowing who she is and her very name strikes fear in the hearts of his fellow students. Naturally, our protagonist’s stubborn curiosity prevails as he is determined to figure out this creepy situation. A sense of foreboding permeates a large portion of the show as the audience is left without answers for many episodes. 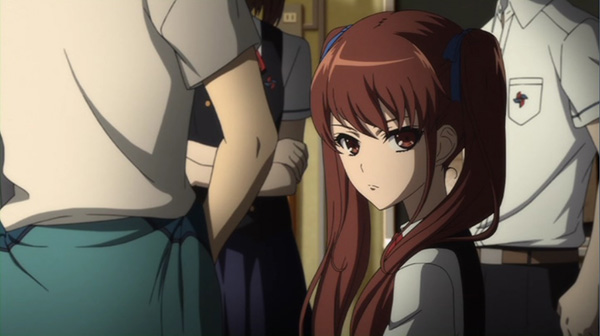 It doesn’t take long before things start hitting proverbial fans, as students begin to die in grisly and seemingly coincidental circumstances. Clues are sparse, and the mystery of the deaths continues even after Kouichi befriends the girl and discovers why she is treated like a pariah. Without spoiling much, things start to get very serious when we see the students try and tackle the issue in an effort to prevent further losses.

Although the supernatural elements are dulled somewhat once everything starts to fall into place, bodies continue to drop and you’re constantly left guessing as Another reaches its climax in a fiery conclusion. 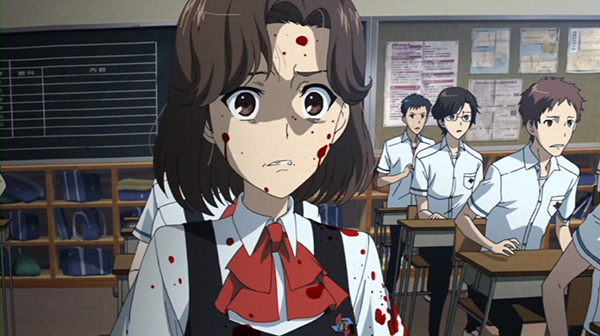 Visuals
The animation by P.A. Works here is hard to fault, but in particular the art direction is to be praised. I can only imagine how crisp some of the scenes look on the Blu-ray version. The visuals in Another work together to create a truly unsettling experience, whether it’s the depressing town in the midst of Autumn, the old school buildings or the copious amounts of gore whenever a character gets knocked off. That’s right, Another is very violent with its gruesome death scenes. Being a DVD release, this is uncensored and thus can be shocking for those who are unprepared. 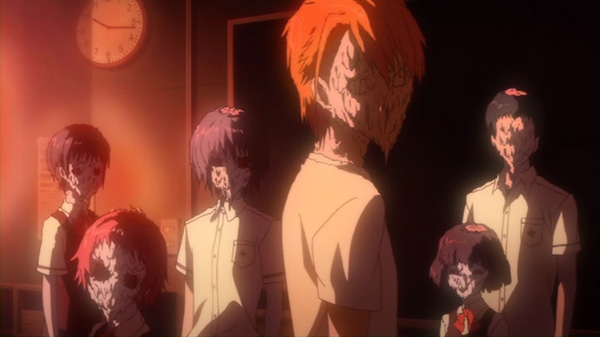 Dolls are featured fairly prominently in Another, with a ghastly shot often cutting in at random places in the early stages of the series. The doll imagery is tied to Mei, which is appropriate considering her emotions roughly equate to that of a doll.

Audio
Haunting melodies and terrifying silence is the order of the day for Another. The soundtrack really is skillfully done as it is genuinely creepy, weaving in and out of conversations and knowing when to keep quiet in order to maximise the tension. The music really is essential to bring out the fitting atmosphere of a horror title and the composer has accomplished just that.

The English audio included with Hanabee’s release is aptly handled, with voice actors fitting the characters they portray. While not particularly stellar, the dub does a satisfying job in capturing the creepy, often insane events of Another. 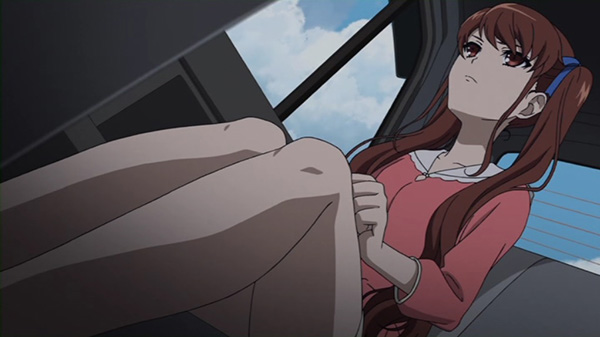 The opening theme is performed by Ali Project, and anyone familiar with her work can imagine how fitting her twisted melodies are with a show like this. I’m personally not a fan of her work, but I can see how well it works here. The ending theme shows a nice, somewhat sad side to all the characters as happier days are shown for each.

Extras
This is a Hanabee release, and that usually means above average packaging. We’re happy to note that is the case here as Another is offered in two ultra-thin DVD cases with lovely cover art, fitted snugly inside a vibrant slip case. On the discs, though, there isn’t too much to see other than the main feature.

It is a little disappointing that they didn’t include the Another OVA, but this was the case for the North American release as well so that isn’t much to complain about. You do have your clean opening and ending along with a dual audio track, making this a fairly nice but standard release. 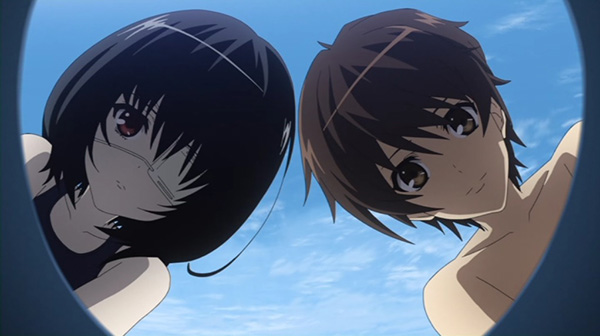 Overall
The question you should ask yourself as an anime fan, when was the last time you saw a good horror anime? What about a shocking thriller? As mentioned earlier, these shows aren’t exactly abundant in this medium. I can comfortably recommend Another next to legends such as Higurashi/When They Cry, not only for the gory thrills but also in terms of a clever plot. The twists are unpredictable and you’ll be left frantically wondering who will be next to go. Grab a clean pair of underwear and watch the madness unfurl.