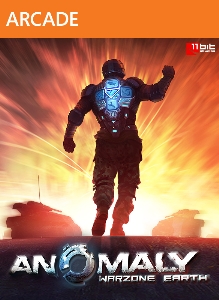 The award-winning Anomaly Warzone Earth comes to Xbox Live Arcade, with loads of exclusive XBLA content! Experience the innovative Tower Offense formula where you are the attacking side. Be captivated by a new approach to strategy designed specifically for gamepad. Take on the role of the Commander whose special abilities are crucial in the quest for victory. Manage your armor squad’s tactics – choose your formation and plot your course. Gather resources for new units and upgrades. Jump into a variety of modes – story campaign and two Squad Assault Modes. Become the strategy master by solving puzzles in Xbox-exclusive Tactical Trials levels. Enjoy extraordinary mixture of strategy and action packaged in great visuals and atmospheric sound! (Xbox.com) 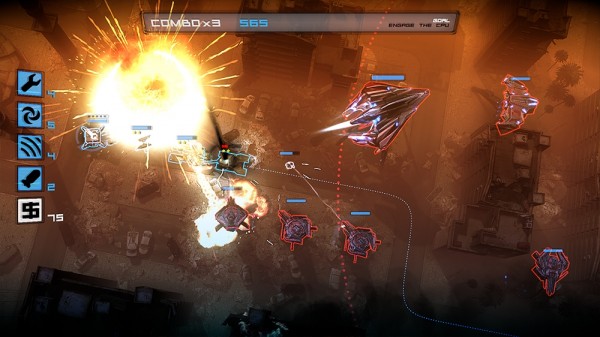 It is the year 2018. Fragments of an alien spacecraft have rained down on Baghdad, Iraq and Tokyo, Japan. However, they are encased in “anomalies,” or bubble shields, which prevent outside intrusion. The only way to find out what is going on is to send a group of soldiers into the Anomaly to prevent whatever horrible thing the aliens are planning.  You, as the leader of the 14th Platoon, are assigned to direct the mission. With help from Command, air support, vehicles and your fellow soldiers, you may be able to save us all.

Overall, I loved the settings of the game.  Although COD and a few other games have been set in Iraq, there are not any titles that transport you from Iraq to Japan.  In addition, I am a sucker for alien invasion plots. Nevertheless, I have to say that Anomaly Warzone Earth was a little too generic in how they handled the plot.  Plus, the other  characters are, unfortunately, really boring.  So, while there are some unique elements to the story, it ultimately can not compete with many of the games on the market today.  Nevertheless, there are enough exciting explosions and adrenaline moments to keep it interesting through one play through. 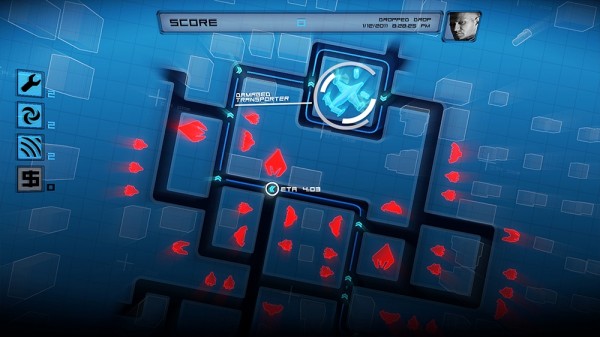 As mentioned in the Overview section, Anomaly Warzone Earth places you on the offensive side against  tower defenses.  Hence, in about every mission, you will lead a convoy of vehicles through the city to a specified target zone. Along the way, you can collect resources, upgrade your vehicles, sell them, or build new ones.  In addition, since your are the leader, you can collect power-ups that air support drops down. These powers-ups enable you to repair your troops, give them cover and help them out in other ways.

As a lone commander without vehicle, you are the only thing on that map that can be moved.  Your troops, in tanks and walkers,  follow the roads. Thus, it is up to you make sure to draw fire away from them or provide a decoy. In addition, you can reroute your troops through the road network of each city, thus sparing them the brunt of some attacks, or strategically placing them in a good line of sight.  However, if you do choose not to fight, you may miss out on collecting some resources.

Overall, I found the gameplay to be extremely satisfying. Although I have heard of ‘reverse tower defense,’ this is the only game I know of on the market that allows you to actually play it.  And it is totally awesome.  It feels like a terrific blend of RTS and Tower Defense and it plays wonderfully.

A couple of things to note about the game though.  First off, the game starts really slowly.  By the 6th mission, out of 14 missions, the game is still in sort of a tutorial mode, teaching you how to do things when it should have told the basics in the first mission and allowed you to figure out the other stuff later.  Secondly,  the game is extremely difficult.  Even on Casual mode, I was forced to restart a few levels and rethink my entire strategy for the map.   Third, the game is a little bit too short.  Even the extra modes, detailed below, don’t add too much length to the game.  At the end of it all, you can go back to complete the levels on higher difficulty levels, but there is not a whole lot of re-playability.

Luckily enough, Anomaly more than makes up for these shortcomings by offering an intense, action packed gameplay experience that requires thought.  Plus, even though the game is not really long, it makes up for that with a super cheap price and the sheer uniqueness of playing ‘reverse tower defense.’

This XBLA version of Anomaly includes a new feature: Tactical Assault. It strips away all the fancy graphics and leaves you with a wire-frame map, which you are then required to complete a goal.  All in all, I found it to be a great challenge, but I wish there was more levels.  Tokyo Raid and Baghdad Mayhem are other modes in the game.  While they are fun, they lack the same amount of quality that Tactical Assault and the story does. 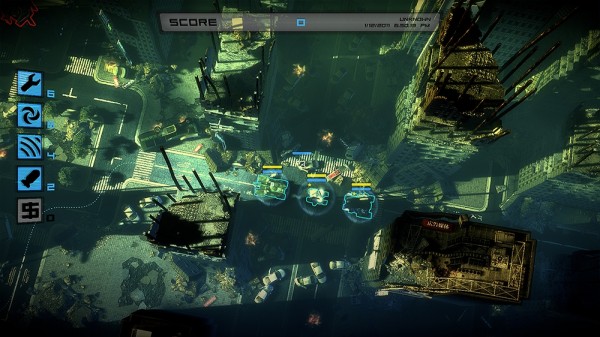 Oddly enough, the characters in the game are British. I was expecting American soldiers, since it is set in Iraq, but I guess in the year 2018, England has decided to jump wholeheartedly into Middle East stability. Go figure. Thankfully, the voice acting is great. I thoroughly enjoyed all the other sound effects in the game as well, although I could have stood for a bit more variety in the soundtrack.

Graphics are, for the most part, amazing. Throughout, you’ll be switching from a brightly colored HUD overlay to an overhead real time view of each respective city. The HUD overlay is plenty detailed enough, and the real time view of each city is adequate. There could have been more palette colors and detail, but I found it to be one of the better looking XBLA games.

What I really enjoyed was the clean and uncomplicated UI. At a glance, I could see exactly how many power-ups I had, and how much money was in the reserve. This same UI also extended to managing units and directing where they should go. I also really liked the fact that when I did a combo, or was able to afford a new unit, huge flashing blocks of text would pop up and notify me. Although that may sound tiresome, 11 Bit Studios managed to make this text classy and stylish and it was not bothersome in the least.

One visual component that really annoyed me though, was that sometimes there was so much activity on the screen, I could not see where air support was dropping my packages. Then, while I was hunting for them, my squad would be obliterated. 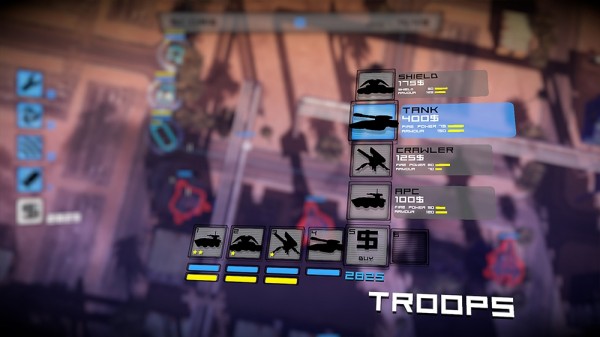 All in all, Anomaly Warzone Earth is probably one of the best quality XBLA games to come out so far this year.  Although it probably wouldn’t win first place prize, it is definitely in the top 10. The graphics are, for the most part, top notch, as is sound design.  Gameplay is energizing, exciting, fun and singular.  The major problems I had with it was the extreme difficulty, and when important collectibles would get lost due to the sheer amount of activity on the screen.  In addition, the game gets off to a dreadfully slow start, and the story is a little bit generic.

In conclusion, Anomaly Warzone Earth is not just a great game. It could help push game development forward.  I love seeing unique gameplay concepts being explored, and that is why I am so excited that Warzone Earth is a good game.  Although they were not the first to explore this idea, they have gained enough exposure with this game that other games will follow and expand upon the concept.  I eagerly await the next iterations of this genre, either by this developer or another one.  Anomaly Warzone Earth may have started a trend and I can’t wait to see where it is going. Whats more, I believe it may help propel developers to explore other genres of games, some that we may not even have thought of.