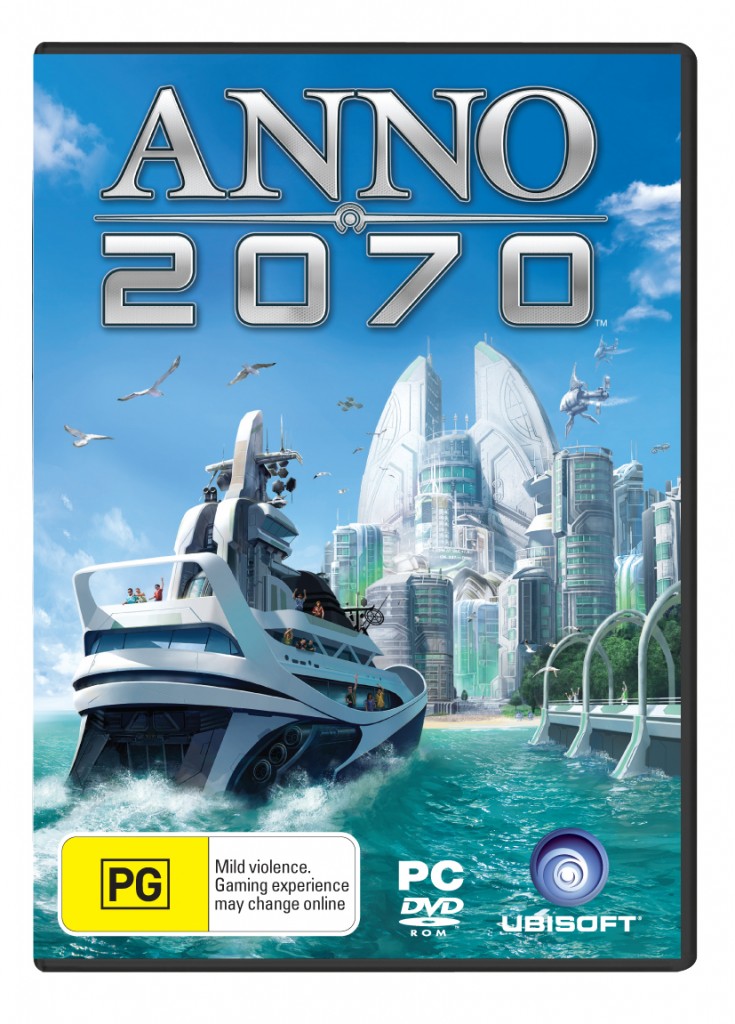 Overview:
The latest in the Anno series, 2070 for the first time jumps into the future, replacing the old world charm of centuries gone by with a futuristic world rendered unrecognisable by the effects of global warming. It’s a city builder with a heavy dose of economy management, and is definitely not one for the faint hearted – this game demands your brain in the ‘on’ position. Genre fans will love the depth on offer here, and the excellent graphics make Anno 2070 a great new addition to the series. It does have a steep difficulty curve that newcomers will have to watch out for, but for the most part Ubisoft’s latest is a solid, incredibly in depth title.

On a more technical side, you will need one of Ubisoft’s UPlay accounts to register and run the game, but despite some personal gripes about this sort of service it doesn’t restrict things to any great degree. The game is crucially still playable without an internet connection, although it does take a curious amount of patching and seems to need a brief update every time it is loaded. On the other hand it is incredibly stable, and I had no trouble with an crashes or bugs whatsoever. 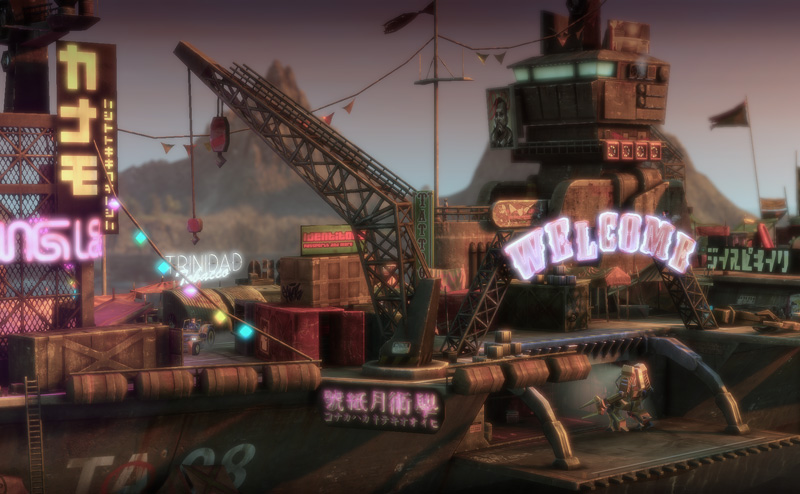 Gameplay:
Sea levels have risen drastically and changed the face of the world, leaving humanity to make the best of life on the remaining islands. The technology level is still high, and despite the world wide disaster humanity still seems to be doing pretty well for itself. Three factions jostle for position – the eco friendly Eden Initiative, the industrious Global Trust, and the scientists of the SAAT. Players will be able to build as either the Ecos or the Tycoons (that’s the Eden Initiative and Global Trust respectively), whilst the Tech’s of the SAAT fill more of a supporting role, providing access to science labs and the latest technologies.

Each group has their own building style, with the Ecos favouring crisp clean white and glass structures over the grimy, industrial feel of the Tycoons. The politics behind it all isn’t played up very much, and the factions are caricatures of an agenda more than anything. Eco citizens for example, will want to sip cups of tea and attend concert halls, whereas the Tycoons crave access to alcohol and entertain themselves at a casino – it seems like a perfect set up for some comedy, but it never really comes. 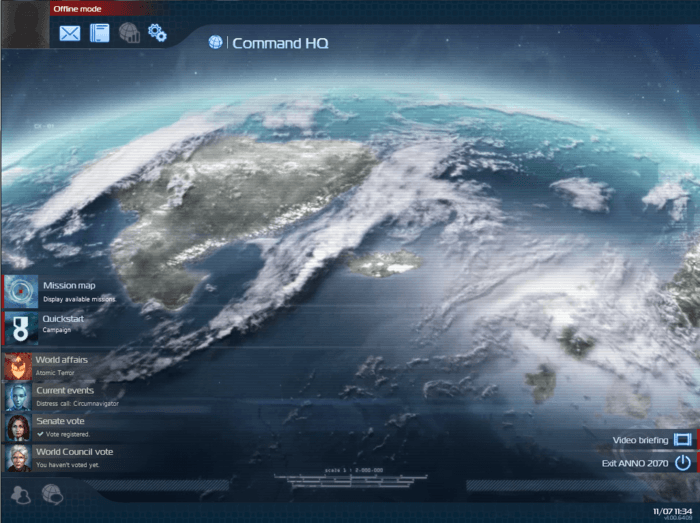 On first opening the game the sheer amount of things on offer can be a bit overwhelming. Without ever touching a tutorial there are senate and world wide elections to vote in (granting game wide bonuses to all players depending on which faction is elected), stock markets to be watched, world events to take part in and in game emails to check. Whew! The main gameplay is split into two main modes, the campaign and continuous mode.

Aiming to help you through all of this is EVE, an artificial intelligence with a Glados like voice who could do with a bit more personality. EVE will dish out objectives and introductory videos, and provides access to the game’s encyclopaedia via a data log. She’s very reflective of the straight laced nature of the game, which largely ignores all the potential for some wry humour with it’s characters and factions. Undoubtedly there’s a lot of information on offer here, and reading through the briefs on trade and commerce is helpful, but only on a conceptual level – how do you actually carry out some of these actions via the interface?

As ever with this type of game, the campaign is for the most part an extended tutorial, gradually unfurling the concepts and controls with a series of set ups that see you working for all of the different factions. Tasks can see you assisting the Tycoons with improving a hydroelectric dam, or helping the Techs reign in their rogue AI leader after it’s infected by an intelligent virus. It adds some structure to the gameplay and provides a good framework to get to grips with Anno 2070, but the tutorial aspect eventually becomes a bit dull and fetch quest orientated. It always amazed me how in 2070 I had to constantly sail from island to island to transport things like blueprints and planning permissions – not only fetch quests, but illogical fetch quests!

Things flow by fairly easily until you reach the end of the second chapter. From then on the difficulty kicks in for the finale, and you really need to keep an eye on every production line and every trade route to keep that budget in the black. Playing through the campaign will give you a good enough feel for the game, but there are still times when Anno 2070 forgets that you might need to be told how to do something – the sheer amount of stuff you have to juggle is more than enough without an unhelpful help system. The basics are covered fairly well, but between the campaign and EVE there are still some holes in the games ‘manual’, it really could do with one of those book like guides that sadly seem to be a dying feature in todays digital world. You really need to explore Anno 2070 and learn it on your own, and accept that a few games are going to fall by the wayside until all of the numbers and buttons make sense. 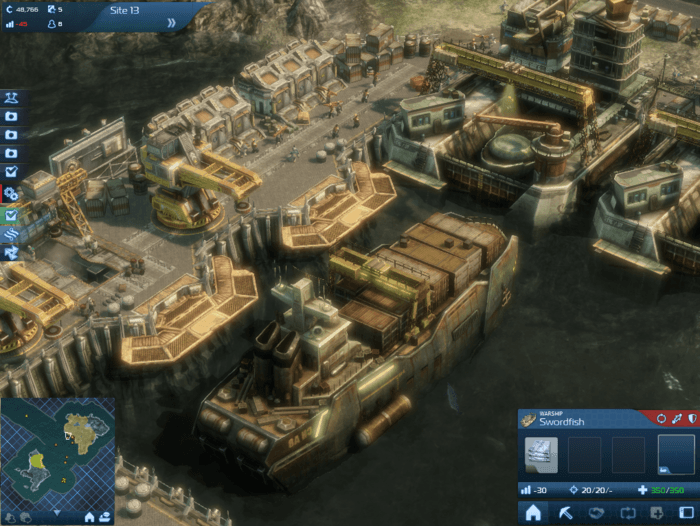 Production lines, resources, and use of space are all key to this game. Whilst each faction has its own building style, there is only one type of house, which gradually upgrades as the needs of its citizens are met. From basics like food and drink, citizens will ‘level up’ to have needs like information, or more complex food items – requiring ever more production lines and resources to keep them happy. Reaching a certain population level will unlock more of these need fulfilling structures, and expansion to other islands is a must to keep up with demand. Each island has a limited number of fertilities (vegetables, rice etc), and players may even have to delve beneath the waves to find a particular resource.

The underwater aspect of Anno 2070 did leave me slightly disappointed. Something of a big selling point for the game, I had expected to be able to build entire cities underwater, but in reality this second map is only used for a few more resource sites, and doesn’t really add anything to the game.

That aside, the resource management and city growth side of things handles very well. It takes a lot of getting used to and the interface is not entirely friendly, but get your head around it and there are a lot of hours to be found here. The campaign mode is a bit on the brief side, but the continuous mode – the sandbox – is where the real value lies. Let loose on a myriad of options and not held back by the limitations of any missions, you’re free to build as you see fit.

As well as meeting the needs of an expanding population, you’ll need to set up supply chains for building modules, establish trade routes to raise money, and balance exports with production to make sure your own population has enough of a resource without it consuming too much storage space and backing up the production line.

Energy needs can be met with eco friendly wind turbines or polluting power plants, and where one will keep your ecology rating high another will be more powerful, and less prone to inefficiency . Ecos thrive from building farms and other long term projects, but production can be thrown off course when the slightest bit of pollution affects the fertility of your land. Citizens will occasionally come to you for aid, diseases will break out and have you scrambling to build a hospital, pirates will attack your ships…

If it all sounds like a virtual reality job, then you’d be right. Newcomers to the genre will probably balk at the huge amount of concepts to juggle, and the tutorial and help system just isn’t thorough enough to support them. It takes a while to get into the flow of things, but when you do you’ll find yourself stuck in your cities for hours, tweaking minute details in trade routes and rethinking your layouts for optimal production.

It’s a game for genre fans, and when you get over that initial accessibility hurdle and get the campaign out of the way, it’s one of the most in depth and addictive city builders out there. 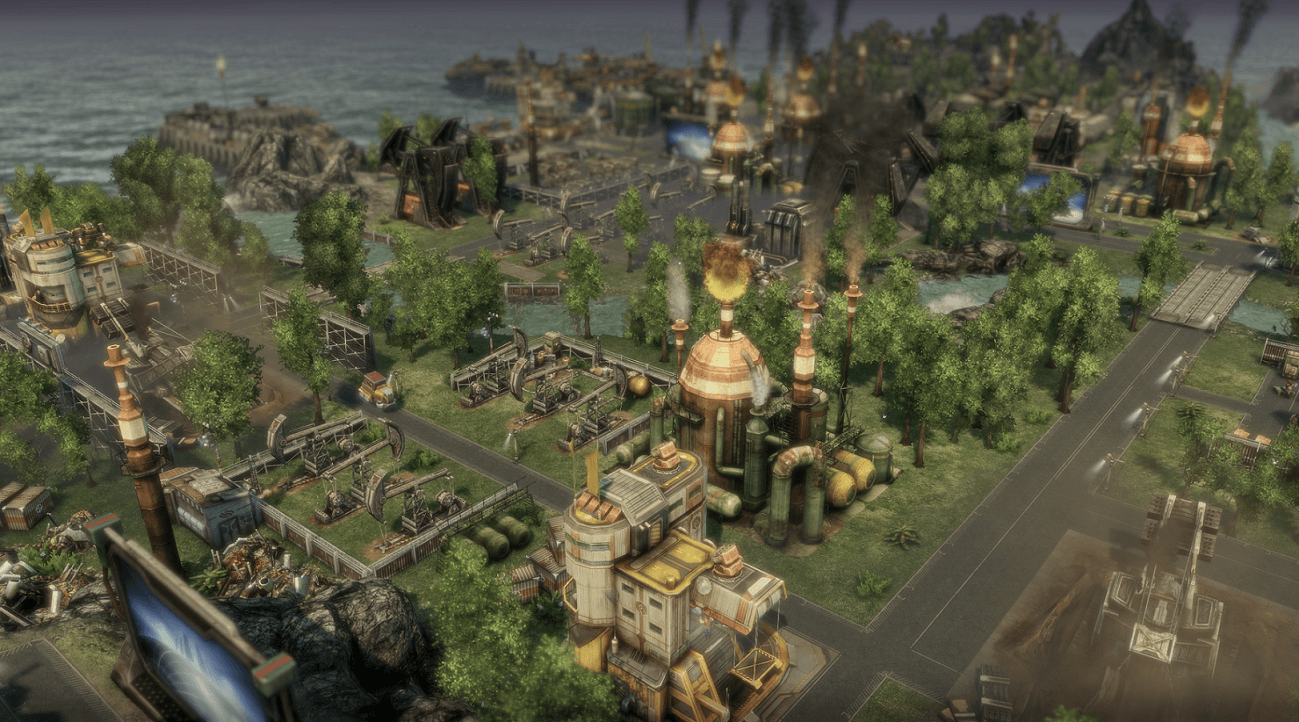 Audio & Visual:
The presentation of Anno 2070 reflects its gameplay style – it’s all about the detail. Now the graphics themselves are of very high quality, but it’s the intricate detailing on the buildings and the animations that really bring your cities to life. You can watch your citizens amble around the streets, or keep an eye on a mech as it fells trees for your lumber plant. Everything feels like it’s genuinely working for you – production lines aren’t just static set ups. Whilst there isn’t a huge variety of houses on offer, the individual build styles of the factions have a massive effect on the appearance of your city. Islands can fast become grungy, cluttered affairs under the Tycoons, whereas the Techs and the Ecos have a more futuristic feel to them.

The entire interface – particularly the home screen – goes for a fairly stereotypical futuristic theme. Everything is sleek and crisp, awash in the usual colour combination of silver and pale blue. In keeping with the simplistic sci fi nature, the sound effects beep away and the music keeps itself to a low key, soft piano affair. It does a good job of keeping up the futuristic setting at all times, even if it is science fiction setting 101.

The talking heads that pop up to dish out quests are well animated and voiced, although everything is played with a totally straight face – the game would benefit a lot from a little bit more personality. That aside the presentation quality here is very high – when you’re playing through a sand box session it’s very easy just to take a step back from all the management and watch things at work.

Overall:
If you’re a fan of this style of game and have never played an Anno title before, this is a great place to start. 2070 is incredibly in depth, and although some may be put off by the steep learning curve, the package behind that initial barrier is well worth it. The futuristic set up is fresh in comparison to the  historical settings seen in the previous Anno games and others like the Caesar series, although the underwater map isn’t as much of a selling point as it could have been.

Players after an engrossing city builder that will take up their lives with endless production lines and resource management (without the pesky addition of armies and war) will find a lot to do here, and the additional online content does a lot to add some variation and longevity for those moments when you crave something a little more mission orientated. The production values here are fantastic too, and with a little more personality thrown in there, Anno could find itself competing for the city building top spot.