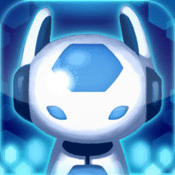 I have a soft spot in my heart for RTS games, they’re from a simpler time, when tactics and thinking was more of a necessity than charging into a room and firing at anything that moves. Possibly while yelling like Rambo. RTS apps seem to be getting more popular as well, given that they’re quite compatible with mobile gaming devices, and afford the action without the lack of smoothness we’re accustomed to in console games.

Amoebattle is based around a war between, well, amoebas. You control a group of little amoebas who are traversing the microscopic plains and are at war with a different type of amoebas. There isn’t really a hell of a lot of explanation as to why, something about science and stuff, but hey, these days you don’t really need an excuse to take down a rival faction other than the fact that they’re differently coloured from you. Concerning reflection on society? Perhaps. 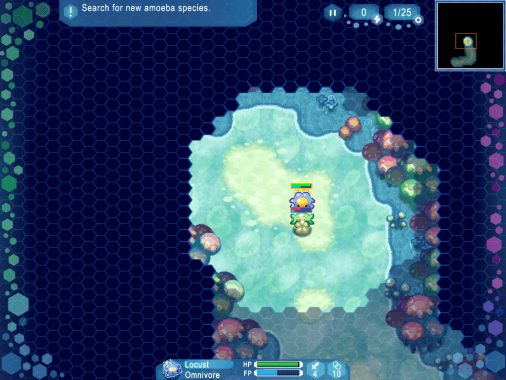 The game gives you a decent introduction, taking you through the different controls and then with each mission it introduces new concepts to you, until eventually you’ve got the whole kaboodle all over your screen. They take you through it slowly, but without it seeming like too much of a waste of time (since the information they give you is stuff that can’t be gleaned easily). It also helps set you up with tactics that you can utilize later on when they throw you into situations where certain things are hitting the fan. 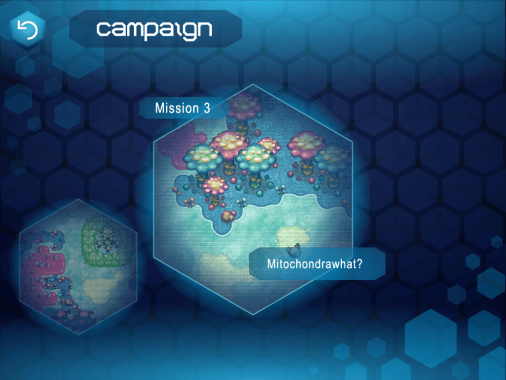 The amoebas are classified under their different eating patterns, there are omnivores, herbivores and carnivores. This affects their attack style, how they regenerate health, and the way you approach them. For instance, herbivores are great long-range attackers because they don’t take chunks out of their opponents but you need to have them near a plant food source so they can regenerate, whereas omnivores and carnivores can regenerate by attacking others. 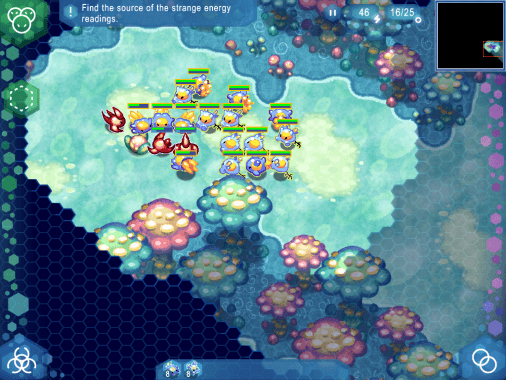 You can also expand your army by feeding them and having enough ‘energy’ – which also is used to deploy probes, that can either gather information or be handy in battles. Or you can choose to evolve them to other amoebas, whose DNA you have gathered in earlier missions. It all depends on how you want your army to progress, with the limited amount of troops you’re allowed, meaning that the decisions you make could mean victory or defeat for missions. 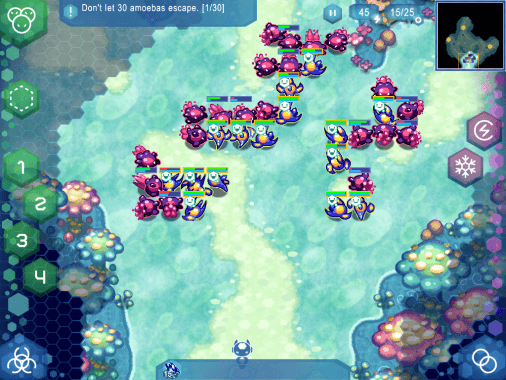 There has clearly been a lot of effort put into this app, it isn’t some filler or a quick game you can play by bus rides. This app will really suck you in, and make you want to sit there for hours helping your little amoeba dudes take back the microscopic world.

Progression through the game happens by missions, and the pacing of the game is the really great thing about it. You’re introduced to species through your own actions, and some science-y stuff that happens. There’s probes, and a pretty awesome AI that helps you out with the missions, and the whole thing is completely charming.

Amoebattle is quite stunning visually, they’ve really brought to life the microscopic world in which amoebas wage war. It’s really well designed and animated, and just so damn cute! The environments are rich and they don’t skimp on anything, in a similar fashion to the rest of the game, and it’s a nice change to some of the apps that leave it to the simple stuff. 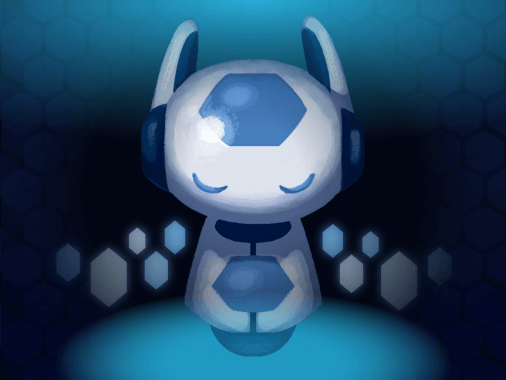 The background music is full of little science-y bleeps and boops, along with some pretty dramatic music whenever you get into a serious confrontation. Apart from that, the handy part of having the sound on is the voice of the AI as it helps you out and handily lets you know when you’re being attacked, as well as voicing parts of the speech bubbles that pop up.

Like the other aspects of the game, the soundtrack also holds up as a quality addition and I can’t really find a fault with it at all.

Amoebattle might seem like your typical RTS app at a glance, but it is far more than that. In fact, I would say that, even though it doesn’t reflect that old school RTS gameplay that I love, it is truly an awesome embodiment of an RTS game. It might be a bit pricier than other apps in the App Store, but it is certainly worth it.

Amoebattle provides a challenging, and multi-faceted game that requires a thoughtful and tactical approach. So if you’re more of a casual gamer then this probably won’t be good for you, however if you like a challenge and the chance to challenge your tactical skills, this would be the perfect app.