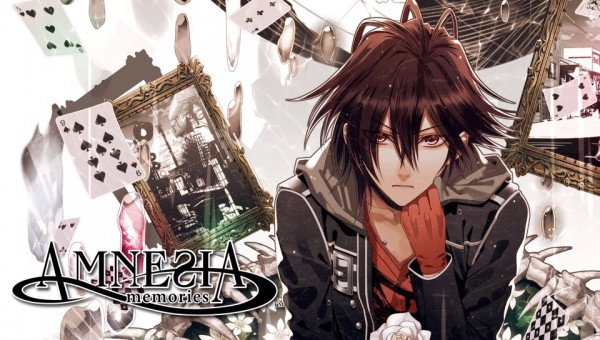 Overview
Slowly but surely the visual novel scene has begun to grow in the West. What started with a few visual novels being released for the PSP while fans took matters into their own hands for PC titles has now blossomed into an industry that sees numerous visual novels receive large amounts of funding as well as more than a handful of otome visual novels, those that are released for female fans, being released in the West as well. One such visual novel happens to be Amnesia: Memories. After spending some regretful time with the anime adaptation last year, does the original story deliver a better experience?

Story
The game begins with the young heroine waking up in a mysterious situation where only a strange looking spirit is before her. Named Orion, this spirit has mistakenly collided with the protagonist’s mind and due to this she has lost all of her memories, including her name which allows players to name her as they see fit. Due to Orion’s presence she is unable to remember anything but must try to recall her lost memories by continuing to live her life as normal. 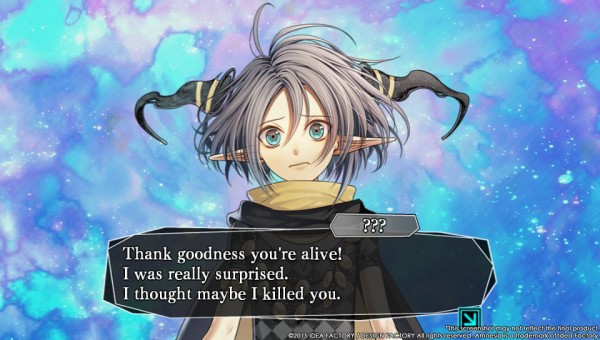 The only thing is, rather than go the standard visual novel route where the player will encounter various men to try and romance, Amnesia: Memories kicks things off with players actually being in a relationship with one of the choices right off the bat. You see, after the introduction players are able to choose which guy they wish to start with and this automatically sets the heroine down a unique path every time they choose one of the available men.

This creates a unique situation where the heroine is already in a relationship and now must try to work backwards to try and figure out who they actually are, how they ended up with their chosen partner, and if they still want to be with them despite losing their memories. Unfortunately, an issue that I had with the anime adaptation seems to stay just as true in the source material as Amnesia: Memories’ male characters are incredibly bland most of the time with very little focus actually being given to develop them in any meaningful way or even mess around a bit outside of the standard storyline. 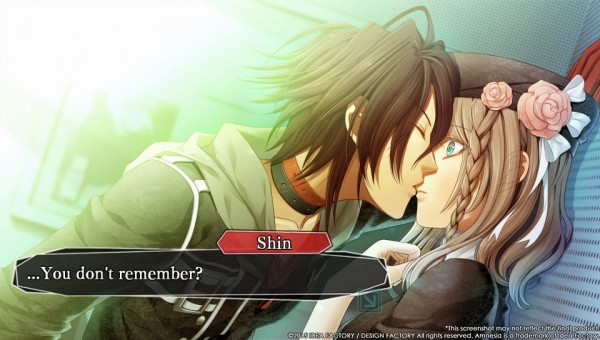 This means that since various bits of backstory are never really delved into there are plenty of moments that these men could have been given some form of depth but instead mostly the story attempts to stick as close as possible to the mystery of the heroine’s lost memories and dealing with the various actions of the guy she is currently dating at the time. This means that there really isn’t too much drama to the mystery since players are often given very little reason to care too much about any given character, including the heroine. 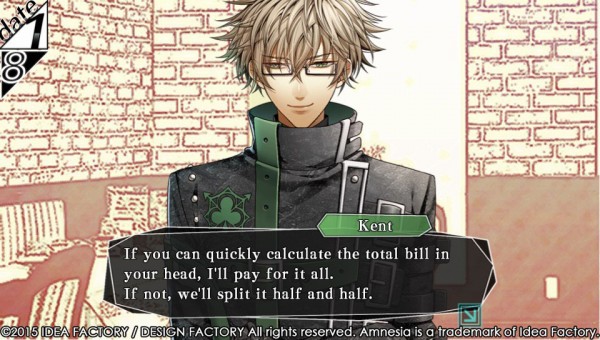 Thankfully there is quite a bit of replay value on offer here which allows allowing players to explore the various personality types, uninspired as they may be, of each of the characters as well as choices that are made throughout their story to send themselves down one of the many possible endings. In true visual novel form, Amnesia: Memories offers a solid good ending for each route, a number of normal endings, a plethora of bad endings, some of which can be downright terrible, as well as a secret route that can be unlocked after playing through the story a few times that reveals a few extra secrets about Amnesia: Memories’ plot.

Gameplay
Like many visual novels Amnesia: Memories offers the standard playstyle of simply reading the text and then either tapping the Vita’s screen or X to advance the dialogue as well as a number of other options to either auto advance or skip previously seen dialogue. Of course there is also a rather well handled gallery section where players can view not only previously seen CGs, read up on character bios, and even watch certain endings unfold again if they so wish. 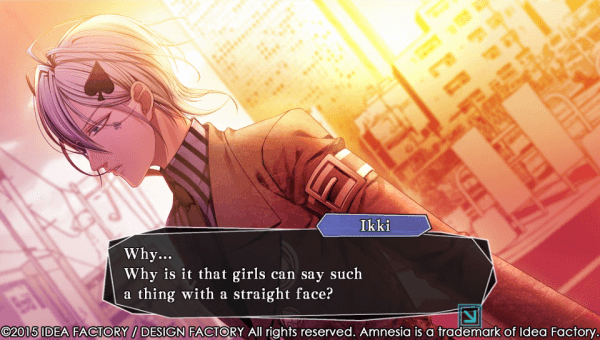 Unlike most other titles however, Amnesia: Memories offers a little something extra in the form of mini games. These mini games are your standard form of air hockey and “Hit n Guard” rock-paper-scissors. The air hockey game is simple as it uses the Vita’s touch screen to play against your chosen male character, though the only real difficulty here comes from the inability to properly hit backwards without likely putting the puck in your own goal while rock-paper-scissors is the variant where the winner must try and bonk their opponent on the head with a squeak hammer before they can defend themselves. 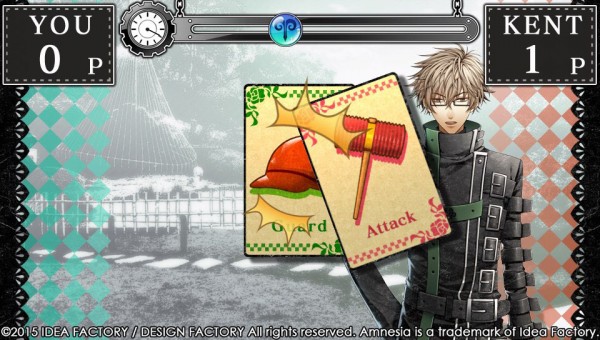 These little modes are trivial but do offer a bit of extra fun outside of the standard story which roughly lasts around twenty or so hours to go through the various routes and unlock the best endings possible depending on how fast you can read and if you take advantage of the ability to make quick saves before decisions to properly gauge how a response may sway your current route.

Visuals & Audio
One thing that Amnesia: Memories excels at is delivering some gorgeous looking artwork as this otome title sports not only well animated character models that react and move during conversations but all of the characters are exceptionally well designed. The colorful characters all have a certain theme to their look which works well for the title’s art style and with the number of CGs worked into the mix players will find this a very pretty looking title. 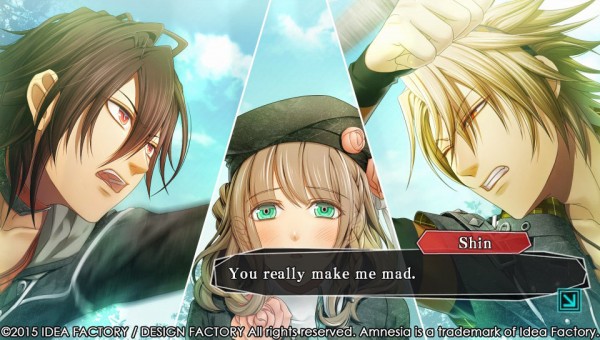 It is also worth noting that Amnesia: Memories sports complete Japanese voice work, minus the heroine of course, as every character in the game is voiced with fitting voice actors that do help give their limited characters some extra emotions. This title also features simple but airy background music that fits the nature of the game’s search for lost memories.

Overall
After watching the anime adaptation I was concerned going into Amnesia: Memories but thankfully this source material is at least a bit better than what they had to try and cram into a single cour series. With gorgeous looking visuals, superb voice acting, a storyline that isn’t as fluffy as most other otome titles on the market, and offers plenty of unique routes to pursue encouraging numerous replays Amnesia: Memories offers something unique in the genre but be prepared for a rather basic line-up of poorly developed male characters to choose from.
Capsule Computers review guidelines can be found here.