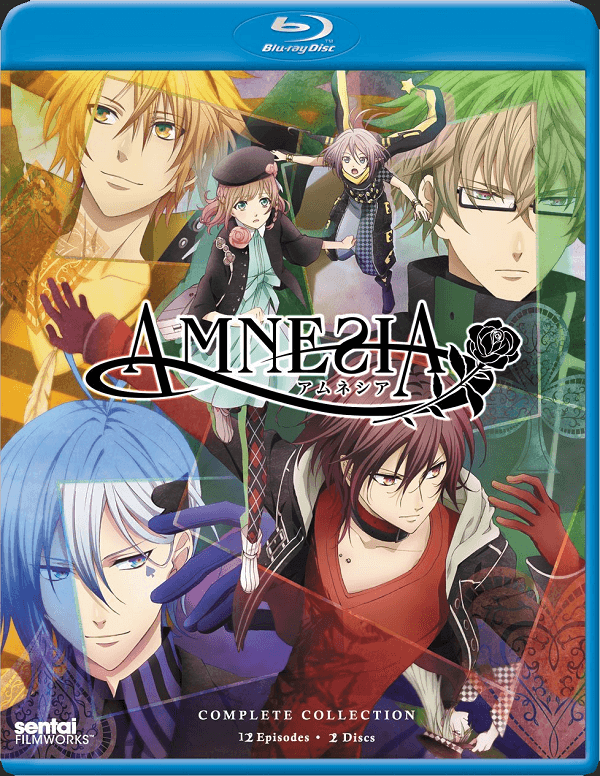 Overview
Giving a character, especially a lead character, memory loss has become such a well-trodden path in the entertainment industry that it isn’t even a path anymore, but something that has been used so much it is almost a ditch at this point. That being said, rarely does having an amnesiac protagonist do irreparable damage to a product which is probably why it is so common. As such, with Amnesia being an anime adaptation of a popular otome game involving memory loss, does the series stand out enough to be worthwhile?

Story
Amnesia begins with the Heroine, who is never actually given a name by the way, attempting to escape a burning building only to have a vision of drowning. Despite these surprising scenes playing out, the Heroine is suddenly working at a café where she awakes in the back room after passing out on the serving floor.

This would be problematic on its own, but the girl wakes up to find that she has complete and total amnesia to the point that she has no idea who she is, where she is, or who any of the people coming in to speak with her are. Despite this odd situation, things become stranger when a mysterious spirit that only the Heroine can see named Orion appears to talk to her about her memory loss and how if she were to tell anyone about her loss of memory it might accelerate to the point where she might be unable to function as a human. 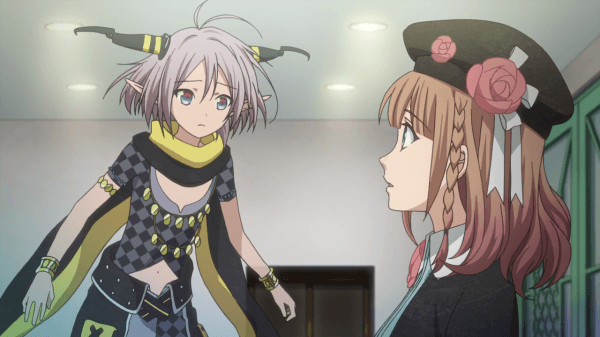 As such, Orion tells the girl to try to live out her life and continue working as a waitress at the café and speaking with the people who might be her friends in an effort to try and bring back some of her memories. As she begins doing this, she slowly tries to figure things out and even triggers a few random memories that point out her relationship with some of the men around her only for it all to come to an end when she tumbles off of a cliff.

Or so one would think. Instead the time has reverted back to August 1st, three days prior to what happened at the start of the series and not only are people acting differently and mentioning certain events in different ways, but one of the men she once knew is now acting like her boyfriend. Things continue to progress as such with the series attempting to try and dabble a bit of each male character’s pairing with the Heroine through a method that keeps viewers in the dark for far too long, though you will likely figure it out before the series decides to reveal the information during a massive info dump in the last couple of episodes. 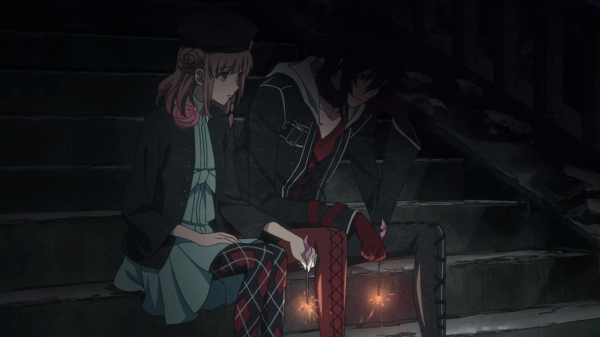 That is pretty much all there is to Amnesia sadly. While the series does have a few entertaining aspects, it is hampered by a dull as dishwater female lead. Seriously, not only is her lack of a name an issue on its own, the girl just goes with the flow of things and rarely makes any effort to be interesting or even question what is happening to her. This blank approach might work for an otome game, but not for an anime where we have to actually have a lead character seem at least somewhat interesting. Though that seems to be asking for a lot since the male characters that she is paired up with tend to be as generic and unlikable as they come.

The only real interesting element of Amnesia is the character Ukyo who I won’t go too much in-depth due to how many spoilers surround the character, but his motivations and personality are a highlight of the series and fairly memorable despite being surrounded by an extremely lackluster cast of characters. In the end Amnesia does try to wrap everything up, though it does so by not only pulling random details together but also does so in a way that only seems to try and push the viewer into the game it was based off of.

Visuals
If there is one thing that Amnesia has going for it is the color palette and the amount of detail that Brains Base put into the world. All of the characters in the series have amazing looking clothing with a ton of detail that looks great against an even better looking backdrop. 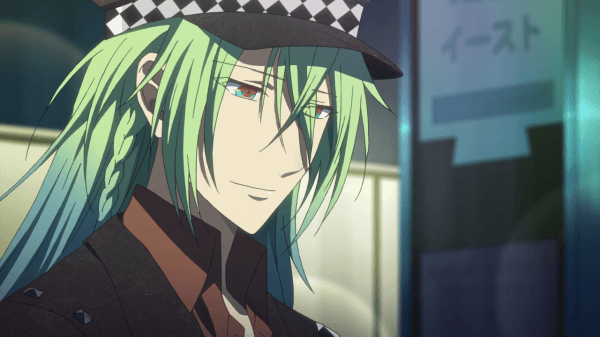 The characters themselves are fairly standard looking for an otome style adaptation with a variety of pretty boys coming in all different sizes and looks. One thing that really does stand out for me is the design choice with every characters’ eyes as they look incredibly well done with most characters’ eyes having two colors that connect in the center.

Audio
Sentai Filmworks has given Amnesia a full English dub and have also provided the original Japanese voice track for people who prefer that option. That being said, the unlikable Heroine remains insufferable sounding in either voice track, so take that as you will to how terrible of a character she makes. As for the rest of the cast, the English voice work for the males is handled well enough though considering the voice actors have to try and match their characters’ personalities, you shouldn’t expect much. 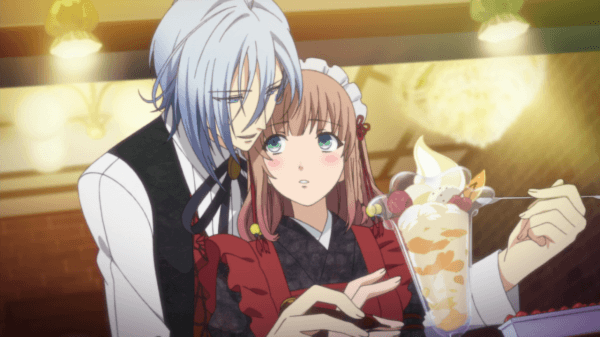 The background music in Amnesia is fittingly forgettable but it is worth noting that the opening theme “Zoetrope” by Nagi Yanagi is a nice sounding intro for the series. On the other hand, the ending theme, “Recall” by Ray, is as standard as you can come for a series such as this one.

Extras
Oddly enough, this release does not even contain a clean version of the theme songs, instead the only bonus features are the ‘Lost Diary Entries’ which are three minutes of dubbed content involving an almost completely non-moving scene where the Heroine reads events form her diary from before the incident and trailers for other Sentai Filmworks anime.

Overall
While there are plenty of otome adaptations out there, the way that Amnesia: Complete Collection is handled should be an example of how not to create such an adaptation. While the series might have had some decent ideas at heart, Ukyo and the art style are the only real saving grace for this series since there really isn’t much going for it. Amnesia that fails at most of what it tries to do by presenting a forgettable lead character with an equally unlikable cast of male characters across the backdrop of a storyline that takes forever to do anything. Amnesia is a good name for this anime because in the end, you will likely forget about this series in the same amount of time it took you to watch it.