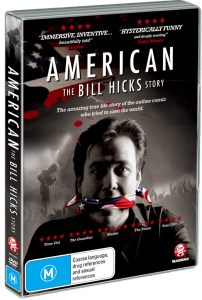 Okay, okay – I’ll admit it: before I picked up this DVD, I didn’t know too much about Bill Hicks. I knew the dude was a comedian who did a lot of satirical sketches, and I had randomly seen a few of his clips on YouTube. The real complexities of his life, though, had never been a topic that piqued my interest, and (being an Australian/New Zealander who is more of a Dane Cook/Russell Peters fan, anyway) Bill Hicks had never really popped up in anything I watched.

However, when I finished watching this documentary, the first thing I did was jump straight to the Extras and watch all of the rare footage from his career. I then jumped on YouTube, desperate to find any sketches that Hicks did because I was just that fascinated by him as a comedian. I may have entered the documentary with a naïve intrigue, but I left it with a new understanding and appreciation for a man who passed well before his time.

True to form, the film details Bill Hicks’ life story and is narrated by the ten people who knew him best. While other documentaries require over-dramatization, narration, and plenty of embellishments in order to translate into a feature-length film, Bill Hicks’ life seems to be perfectly summed up by his friends in the 102 minutes they were given. 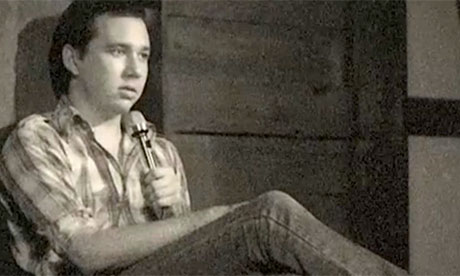 Hicks was drawn to comedy from an early age, having been inspired by Woody Allen, and began performing stand-up comedy with his friends from the age of 17 at the Comedy Workshop in Houston. When he graduated high school, he moved to Los Angeles to pursue his dream of being a professional stand-up comedian, and became a regular at the Comedy Store where other comedians like Jay Leno have also performed. Wanting to push the boundaries of comedy, Hicks began taking drugs, smoking, and consuming alcohol but these quickly began to interfere with his act and he quit alcohol and drugs. Hicks went on to be featured in HBO’s One Night Stand, and performed in the UK, Ireland, and Australia as well. He was diagnosed with pancreatic cancer in 1993 and passed away in 1994.

While Hicks’ story could have been told in any number of ways, the way that the production company American the Movie chose to narrate it showed a unique style which did the comedian justice. The film intersperses narration by Hicks’ friends and family with videos from Hicks’ stand up performances to create a blend of ‘show’ and ‘reminisce’ which is a welcome change from the standard narrator-interview-video rut a lot of directors get caught up in. The addition of his friends and family’s memories of Hicks really made me feel as though I was flipping through a scrapbook instead of watching a documentary, and certainly personalised the feel of the documentary just that little bit more.

While his story couldn’t really be written well, as such, parts of it most certainly were selected and edited together well for maximum impact and narrative charm. Nothing felt like it was just thrown in for the sake of taking up time, and it really worked together in a cohesive structure which did the man justice. At times, the photographs and the narration by Dwight Slade did seem a touch too corny, but overall it was a minor blip in an otherwise smooth ride.

The visual aspects are what really hit it home for me. While I am no stranger to documentary films, I’ve become more or less accustomed to guerrilla style docos which use handycam techniques, or corny films with slow motion shots with stereotypical “insert-moving-quote-from-subject-here” voice-overs. It’s been rare that a photo-documentary can really capture the essence of the moments it’s trying to portray, and even rarer that the animated photos can connect to and strike an emotional chord in its audience, but American: The Bill Hicks Story may have just won me over. 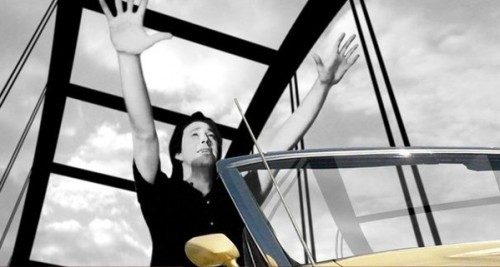 The film looks like a collage translated into a movie.

The key for the film’s visuals is that it’s simple, yet incredibly effective. The style is reminiscent of collage which has been turned into film: the photographs are cut out and animated in front of a background to create a kind of static movement. The photos are anything but dull though: while initially staring at a screen of photo after photo seemed dull, the animators really let their creativity run wild and explored new ways of depicting scenes that were described. In one scene where Hicks’ experience with mushrooms is being described, the animators took a photograph of him and two friends sitting on the beach and managed to translate it into an almost ethereal experience where I felt like I was being exposed to the feeling of taking mushrooms. I’ll admit, this type of creativity is often hard to find or express in documentaries, but the photo-doco was the perfect medium to describe Hicks’ life.

However, the photographs are also balanced with videos to give the viewer a break from imagining scenarios. This really works to the film’s advantage: there is plenty of footage of Hicks doing sketches and also of him both as a child and an adult. The video really brings the photos to life, and complements the photo-doco style of the film perfectly – there is a great sense of yin and yang visually and it really was a pleasure to watch.

If the photographs and the video are the yin and yang of the film, then the audio is most definitely the chi. Most of Hicks’ story is told through voice-over narration from his family and friends, which means that the audio is incredibly important in doing his life justice. The voice-over is well-edited and provides a great verbal accompaniment to the photos and videos. However, one of the pains of only using voice-over is that it can get confusing when three men are speaking in a row and their voices and accents sound the same. In standard documentary, there is an initial shot of the interviewee/narrator before the film cuts to photos or videos; American: The Bill Hicks Story doesn’t have that luxury and it really did render some parts confusing. Also, some of the audio from Hicks’ stand-up routines is not that great, but subtitles can be selected and it really doesn’t impact the overall experience of the film. 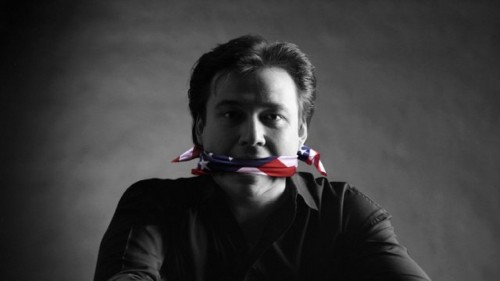 The audio is the chi to the visual’s yin and yang.

Unlike the voice-over narration, the music and sound effects was absolutely perfect and I couldn’t flaw any of it. While the use of sound effects really was minimal except for added emphasis to photos or narration, they were all appropriate and really contributed to the vibe of the scene. Going back to that mushrooms scene I mentioned earlier, the sound effects and music in that was so perfectly done that it enhanced everything the animators did. The music is also noticeable but not intrusive, which allows the story of Hicks’ life to get through to the audience with just the right degree of emotion.

I’m always a sucker for the Extras on DVDs, and I pretty much had a field day with American: The Bill Hicks Story. There were actually so many extra features that I actually had to take a break from watching, get a coffee, and start again. The DVD is packed with deleted scenes, Hicks’ audio journals, animation scenes, trailer and audience reactions, featurettes, and rare/unseen footage from Hicks’ career. 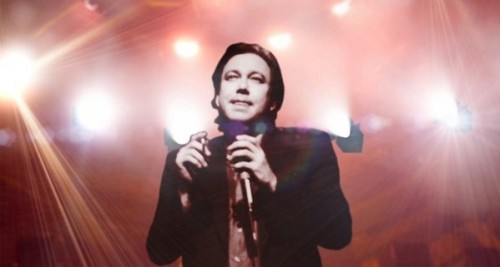 The extras are definitely worth watching, especially the rare footage and animation scenes.

The best extra is, of course, the rare footage. After watching the documentary, my appetite to watch Hicks’ sketches grew and it was great to be able to move straight from the doco to some clips from his career straight away. The featurettes were also a cool little extra that had me entertained for a while, although I have to say that coming from the awesome visual style of the photo-documentary meant the standard shots were a little bit dull. The audio journals are also very hard to sit through after coming from such a visually powerful film, but the deleted and animation scenes were absolutely wonderful. The audience reactions were also a nice touch that really put the icing on the American: The Bill Hicks Story cake.

While I began this film clueless and blasé, I sure as hell did walk away feeling like I had truly watched a great documentary on a great comedian. There are a few tiny hiccups here and there, but the experience of the film is definitely one worth watching. You’d be forgiven for not knowing who Bill Hicks is before the documentary started, but after watching this you sure as hell won’t forget his name.

I give American: The Bill Hicks Story