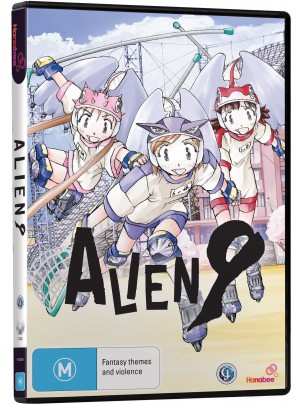 Overview:
Alien 9 is an anime series that is definitely not for everyone. In fact this is a series that isn’t for many people at all. This is the type of anime that requires an open mind. It looks cute, but it is dark and filled with violence. It looks cheerful but it is deeply depressing. It is truly a case of “don’t judge a book by its cover”.

Misery is the what’s on the menu for Alien 9 and it finds some pretty inventive ways of conveying an abyss of despair. It does things that you probably will not see in any other anime series, which is probably a good thing for other anime to be completely honest. Despite all the creativity behind Alien 9 there is two things that it sorely lacks: purpose and focus. 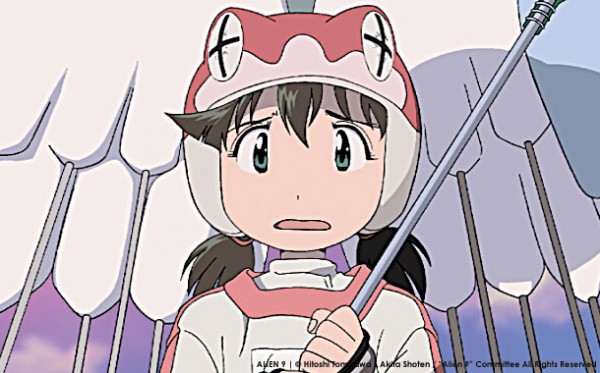 Story:
It must be said that Alien 9 is an inventive series, one with a rich source material behind it. Creativity and good source material can only get you so far though. With only four episodes to work with, Alien 9 needed drive and meaning, it had neither.

Set within a world where aliens frequently invade, Alien 9 tells the story of a high school’s ‘Alien Party’ (a group of students tasked with fighting alien invaders). It is a simple premise in all regards, yet somehow J.C. Staff manage to present it in the most confusing manner possible. The audience is given next to no background on this world and the main cast of Alien 9 and the series does little in the way of developing either over the course of the four episodes that comprise this series.

There is very little discernible plot outside of that initial premise as every episode simply features the three girls as they fight aliens and cry a lot. They cry so much that smiling seems out of the ordinary in Alien 9. That brings me to what is ultimately the biggest issue with Alien 9. It is so painfully depressing in every regard. 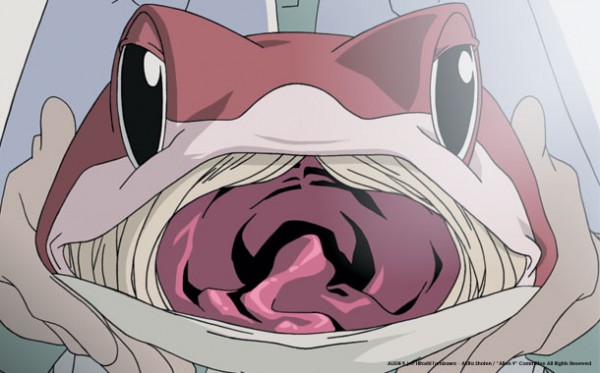 With very little sense of relief from the overwhelming angst and depression that enraptures this series, it is hard to draw any real enjoyment from this anime. There is a line between being sad and being depressed, Alien 9 has crossed the line into depressing and walked way too deep into that darkness. It wouldn’t be a problem if the depressing side of Alien 9 had any level of purpose, but it just doesn’t.

For what it is worth, Alien 9 does seem to try to convey a message of some sort but ultimately fails at making it mean anything. It is evident that Alien 9 was intended to be a commentary on the nature of loneliness. It is unfortunate that Alien 9 doesn’t stick the landing and instead comes off as far too on-the-nose and incoherent.

If I were to sum up Alien 9; incoherent would be a good way to describe it. There is so little actually happening in this series yet none of it really adds up in any meaningful way. To make matters worse the final episode amounts to something that GAINAX wouldn’t even touch. It includes an insinuated rape scene, an alien giving birth to a human and ends on a suicide cliffhanger to wrap it all up. Incoherent is what Alien 9 is. Disappointed and depressed is what it will leave you feeling. 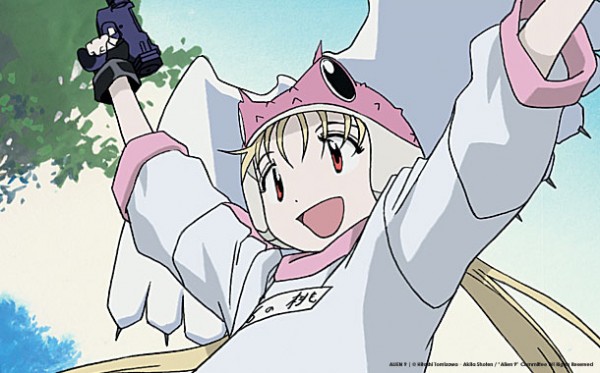 Visuals and Audio:
Aesthetically Alien 9 has not aged very well. It is well animated for the most part but its character designs and artwork leaves a lot to be desired. The series attempts to mix the ‘moe’ cute character designs with a dark and brutal setting, for the most part it works at setting the tone and atmosphere for the show. Despite that it is by and large simply repulsive and looks far older than 2001.

The soundtrack for this series is actually quite good and makes for what is one of the only highlights of an anime full of low points. With Haishima’s composition Alien 9 takes on a personality that the rest of its facets simply do not create. The opening theme for the series deserves a mention for capturing both sense of darkness beneath its cheerful surface.

This release happens to feature an English dub alongside the original Japanese audio. The English dub is average for the most part and comes off as relatively lazy overall.

Extras:
Hanabee’s release of Alien 9 does come with a decent amount features that make this series well worth the price of admission if you are a fan of the series and all of its quirks. This particular release of Alien 9 not only features dual audio but includes an interview with Producer Taro Miki, a special dubbing diary video and trailers for other Hanabee releases. All of this makes for a solid release that is well worth the asking price. 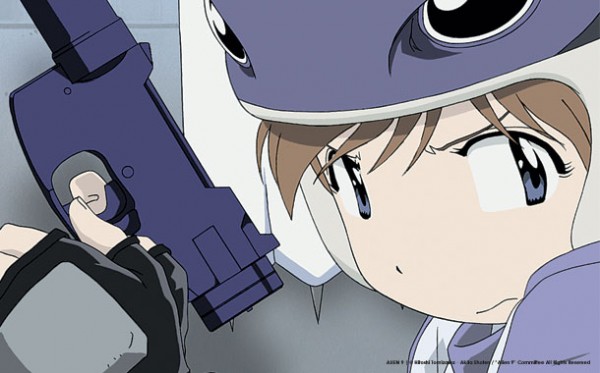 Overall:
Every now and then a series comes along that will undoubtedly divide people, Alien 9 is one of those series. It is something you will either love or hate, there is no in between for Alien 9. It is an incoherent depressing mess of an anime that does little in the way of developing its characters or plot beyond the general feeling of overwhelming misery. Those who are interested in dark anime series may find this misery to be a redeeming quality of Alien 9 but it lacks any purpose behind its sad state to really generate anything remotely equating to charm.

This is not a series that can really be recommended despite Hanabee’s admirable job at releasing it. If you are looking for well written characters and plot bundled with meaning and focus, Alien 9 is not the right series for you. There is something to be said for a beautiful mess, but there is even more that can be said for a terrible mess. In case it wasn’t clear by now, Alien 9 is the latter – sloppy, miserable soul-sucking anime without any sense of purpose or reason to exist. With its premise Alien 9 could have been great, it is quite a tragedy that its not.