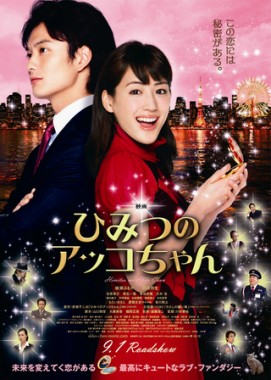 Overview:
The premise of Akko-Chan is one that has honestly been done to death, yet their is something just so endearing about this film and it’s titular heroine that it’s easy to look past a plot that feels all too familiar. Akko-Chan is easily the most surprising film of the 16th annual Japanese Film Festival because although it seemed to be something fairly routine on the surface it is one of the most refreshingly charming films on the line-up. There is simply an unbelievable amount of fun to be had with Akko-Chan and friends. 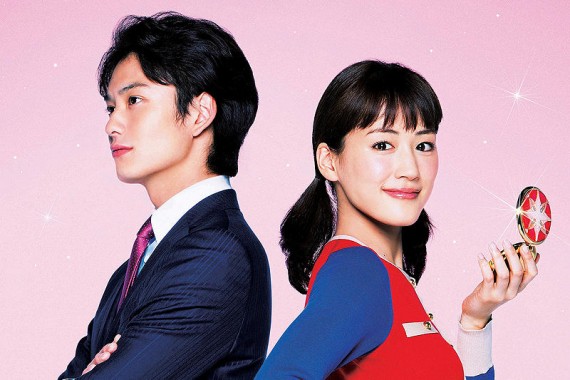 Story:
Akko-Chan is a film based upon the legendary magical girl manga of the same name. It follows 10 year old Akko-Chan as she is given the ability to become an adult just like she has always dreamed with the help of a magic mirror. It’s a simple concept and one that is admittedly tried and true, but it feels fresh with this film and not only that but it’s a lot of fun. It’s especially fun seeing the vast array of forms that Akko-Chan takes throughout the movie with her magic transformation mirror. Sure it’s a crazy concept, but it works.

Now one thing that may deter viewers from the outset is that it’s a relatively girly film, but truth be told it’s still something that everyone can enjoy. It’s both heartwarming, downright hilarious and at times even genuinely sad. It really covers a broad spectrum and that only works further into it’s favour.

The film focuses on Akko-Chan’s exploits at a major cosmetics company and largely deals with the inner conflicts of upper management. Usually these plots come off as boring and lack any sense of urgency, but in Akko-Chan they build up this company as almost a character in it’s own right. To the point that you genuinely care what happens to it much like Akko-Chan and Naoto (her love interest and boss) do.

Throughout the course of the movie, we see how Akko-Chan adapts to the workplace environment and slowly begins to understand that being an adult isn’t exactly what she imagined. There is a great message to be told here which honestly felt the film pulled off excellently and it is that good things come from hard work. Akko-Chan herself discovers this by film’s end and although things end all too soon for her, there is a very satisfying conclusion to it all. 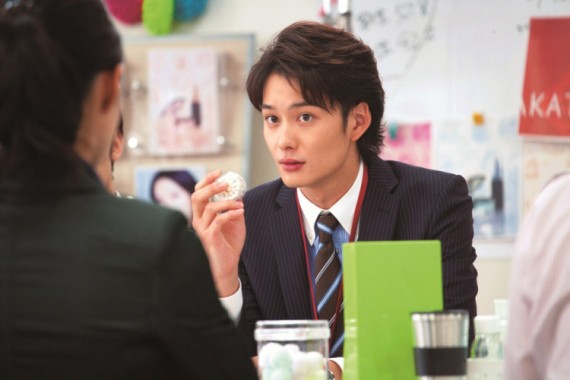 In terms of pacing the film does a great job at keeping things interesting and doesn’t waste much time on the things that aren’t working so much in it’s favour (for example when Akko transforms into a cat) opting to keep things moving along quick and fast. This is of course the right decision for a film such as this which would suffer if the pacing where even a little slower.

Character-wise there are plenty of memorable characters on show in Akko-Chan besides the eccentric heroine. Naoto is a pretty boy but he also has a heart of gold and shows true compassion and interest in those who are passionate about something much like himself. There are also great bit characters like the security guard who gets a great moment in one of the film’s climactic scenes. All in all it’s a very well conceived cast of characters that get a great deal of definition in the film’s 2 hour running time. The only thing I could complain about is the fact that Akko-Chan’s naivety can be frustrating at times, but that frustration is just part of the drama the film is trying to convey to it’s audience.

It’s hard to ask for a more enjoyable film than Akko-Chan, it’s fun throughout despite some minor bumps in the road and honestly has something for everyone. 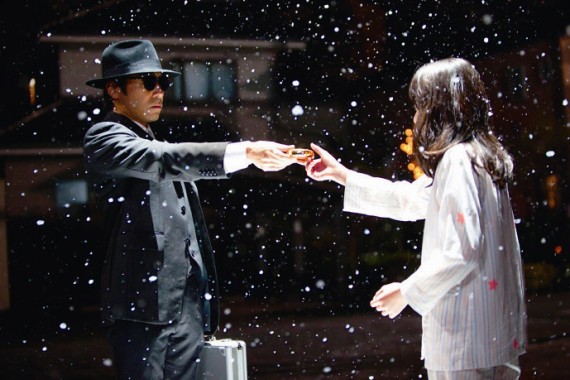 Visuals and Audio:
What Akko-Chan accomplishes visually is an impressive feat in and of itself. Most Japanese films feel very much stuck in Japan aesthetically, but Akko-Chan’s world feels like a mix of European culture and Japanese. Akko-Chan’s house visually looks very much out of place in Japan, perhaps more at home in England. More so when it is snowing in the film suddenly it takes on the image of a British Christmas film almost accidentally in fact. On top of that though there is locales that would be familiar to any culture making for a very diverse looking movie. It’s hard to know whether this universal imagery was intentional or not but it does give Akko-Chan a unique and inspired setting visually. Not only that but there is some jaw-dropping shots in this film, most notably the sunset seen from the ferris wheel which is beautiful each time it’s shown.

The soundtrack of the film on the other hand is relatively pedestrian. The incidental tracks don’t bare any real presence and just get lost in the shuffle of the film’s proceedings. It’s not necessarily a detriment to the film, it just doesn’t do anything to add to the film like a good soundtrack does. It’s just nothing special which is a shame because a film like Akko-Chan gives opportunity for some very unique tunes but ultimately it’s just a missed opportunity here. 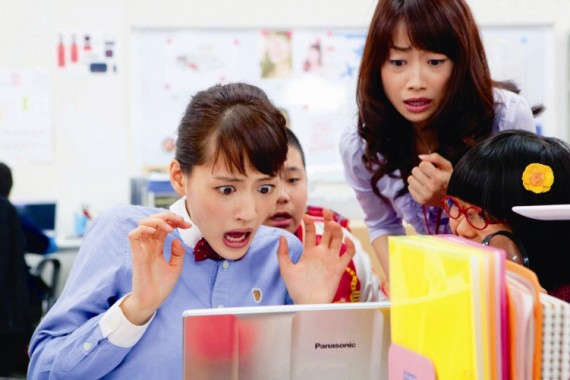 Overall:
It will make you laugh, it will make you cry, it will make you feel all warm and fuzzy inside, it is Akko-Chan the best family movie on show at this year’s Japanese Film Festival. This is a movie that anyone can watch and garner some enjoyment from and that is something that not many film’s are capable of in this day and age. It may feel familiar, it may be predictable, it may be goofy, it may be girly, it may be too cutesy but Akko-Chan is such a sweet and charming film that none of that matters. It just excels in so many ways because it simply refuses to let it’s audience finish watching it without a smile. That is what makes Akko-Chan so good, it can’t help but make you smile.