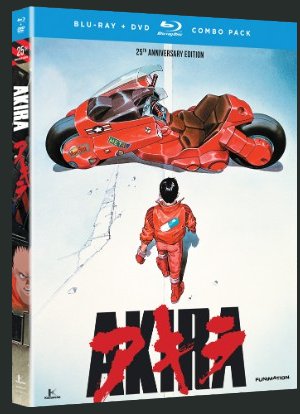 Overview
Back in 1988 what could be argued as one of the most influential anime of all time was released into theaters. Akira was not only a big deal at the time, with a large budget and attempting much more than anime of the past, but continues with how it has influenced modern anime and movies both in Japan and the US. It stands as no surprise then that with the 25th anniversary of its release, a special edition has just come out featuring the remastered visuals and all the audio of its past. Let’s look at this new edition and see if Akira has survived the test of time. 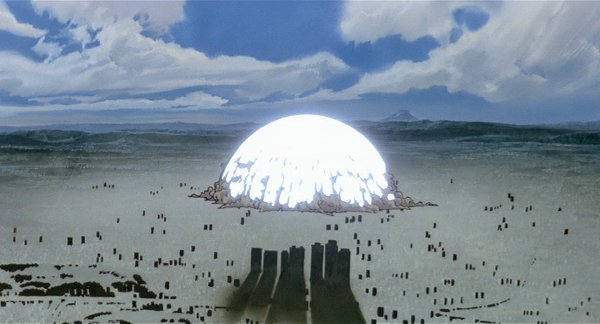 Story
While there are certainly plenty of those that have seen and loved Akira, there are still probably those out their that were born after the movie’s release and have not yet seen it for themselves, so for those unfamiliar with the story read on in this section, those well versed go ahead an skip to the next section. Opening up on the beginning of World War III as an huge explosion destroys Tokyo in 1988, Akira is quick to paint the bleak tones that will follow it throughout the rest of the movie. But, the story is not about the war itself, instead focusing on the rebuilt, though decayed society, that now exist 31 years later in what has become Neo-Tokyo. Viewed today, Akira seems to have a very accurate idea of what the future would be like even within the remains of a decimated city such as Neo-Tokyo with the most advanced technologies being utilized for military and personal use, such as the laser rifles and gang leader Kaneda’s motorcycle respectively.

The city suffers gangs and terrorist attacks, which happen to meet on a abandoned stretch of highway as gang weakling Tetsuo crashes in front of a wizened young boy freed from experimentation. As the rest of the gang arrives to find their friend injured the military swoops in to reclaim the boy and the now injured Tetsuo. What follows is the dark story of Tetsuo coming to in a hospital with new psychokinetic powers suffering from headaches and now the ability to prove himself no longer the weakling he has always been treated as before. With only one possible thing to stand in his way, the repeated name “Akira” pounding in his head revered as the coming savior of Neo-Tokyo. Akira explores many ideas that have influenced recent day filmmakers, the idea of downtrodden youths succumb to inferiority complexes now with such great power they don’t know how to contain it certainly comes to the forefront. 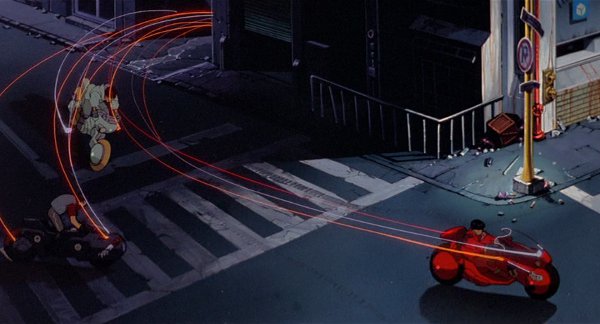 The story of Akira isn’t just about Tetsuo, the power he has gained, or how he uses it, but the city as a whole. Corrupt politicians, religious fanatics, military force all heat up and come to a head as the events unfold. This is another of the strong points that makes the movie so memorable, that the city of Neo-Tokyo has a life outside of these events. Things have been going on for years and this is simply the breaking point. While some of the characters fit somewhat into the tried and true stereotypes, the head scientist being the biggest offender, the fact is that these work very well for the movie and fit perfectly within the context of the world provided. There is a good reason that Akira has made itself so well known and it stills holds up today.

Visuals
The characters are somewhat split between somewhat stereotypical garb and interesting. While the politicians, scientists, and military all look exactly as one would expect the most unique characters are those in the street gang and the other psionic children. The street gangs differ from the mismatching of clothing for the Clowns to Kaneda’s Capsule gang wearing a range of ties, to sleeveless, to Kaneda’s own red biker ensemble. The children however stick to the frail looking child-like clothing expected of much younger kids, such as a full-length nightgown for Kiyoko. However, all of these cannot stand to the stark contrast given by the metamorphosis that Tetsuo goes though becoming a monstrosity that is both grotesque yet realistic, covered with details to numerous to comprehend the first time through. 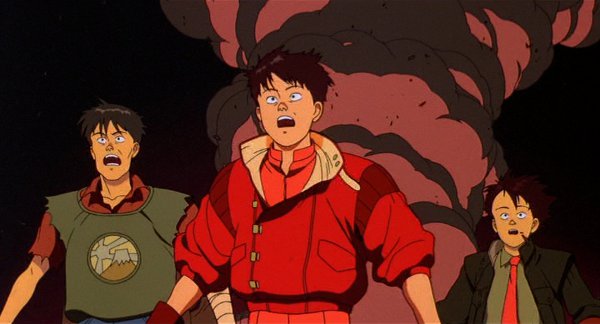 Featuring the remastered visuals of the 2001 release, this edition of the movie includes both the Blu-Ray and the DVD. Watching on a high definition television shows just how well down the remastering was done as all of the lines and scenes are crisp and clear. The detail put into the movie for its initial release has carried through amazingly well and speaks of what effort was put into it back in 1988. While the colors are somewhat muted in much of the film, there are still vibrant aspects during many of the night scenes that stand out, though this was just how the coloring was done at the time. 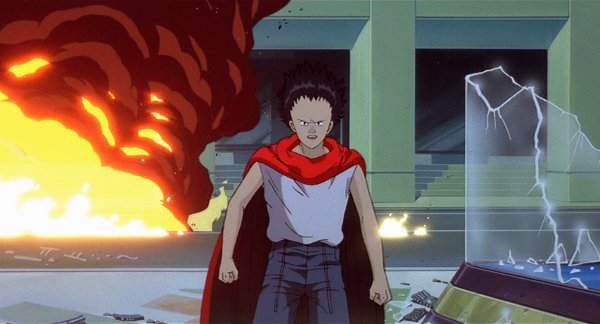 The music is by far one of the music unique aspects of Akira, with amazing use of the human voice as well as very primitive instruments. For a story so wrapped up in the idea of the next evolution of people, the use of these makes the movie resonate well with the viewer when combined with the visuals of the movie. The music captures the spirit of the movie and its feelings of weird, creepy, solemn, intense, fantastic and so much more than a traditional soundtrack featuring guitar based or orchestral songs.

Extras
There are quite a number of special features for those big fans of Akira, which encompasses extras from the previous releases of the movie. In addition to the standard trailers and commercials for the movies initial and re-release, there are plenty of featurettes that focus on the production of both the movie and its remastering. Those features about the initial creation include the Akira Sound Clip (1988) detailing how the music was produced, the Director Interview that goes over how Katsuhiro Otomo created both the manga and anime, while the storyboard collection are the actual pages of the storyboard for a vast majority of the movie though somewhat difficult to truly appreciate without a very high definition TV. Features from the the remaster include 3 videos about the different aspect that were remastered from the picture, to the voice over, to the audio mix. Lastly, smaller extras such as “Th Writing on the Wall” and the glossary show off what graffiti in the background of Neo-Tokyo reads and brief descriptions of many of the anime’s aspects respectively, giving a nice look at how much more there is behind the scenes than just on the forefront of the story. All making for a wide collection of special features to be enjoyed by longtime fans and those wanting even more information. 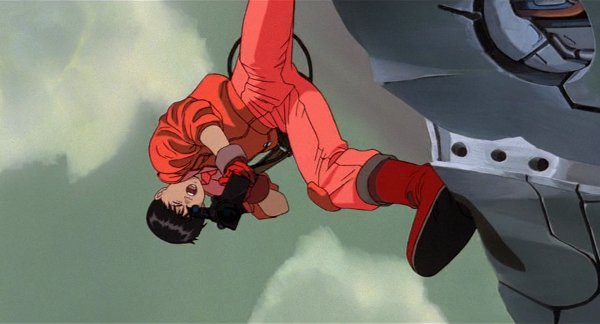 Overall
As a movie that has gone on to inspire so many people, Akira still has what it takes today to stand out. The detail put into the movie at its onset has proven worthwhile as the remaster ensures that it does not suffer being overlooked by later generations of anime fans. This is a movie that should be seen by all true fans of anime and the 25th Anniversary combines the best parts of the past releases to make a special edition that includes plenty of nice extras for the fans to enjoy seeing how it was made and how it was restored for HD quality.