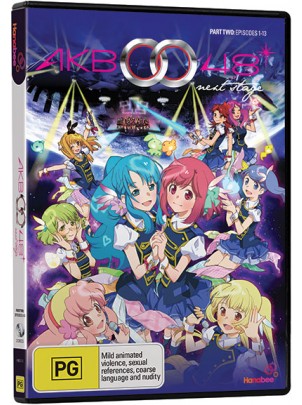 Overview
Being an idol in AKB0048 must be rough. Not only do you have to deal with corporate management, crazy fans and the whole business of not being allowed to date anyone, but it’s technically illegal to perform music in this universe. Part 1 saw a group of aspiring young girls break free from normality and begin training as “undergraduate” idols for the underground pop group AKB0048.

Part 2, titled Next Stage, promises more drama amongst the girls as their idol roles grow but so does danger as forces opposed to the notion of entertainment increase their attacks. Is this pop idol extravaganza worth the price of admission? 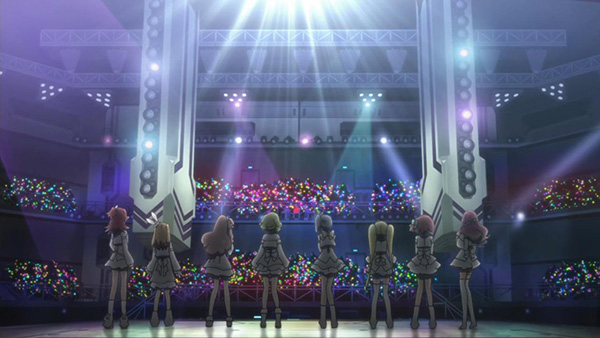 Story
After being left with a rousing performance and an acceptance by Nagisa’s parents of her choice to become an idol, the girls still have a long way to go before they reach their goal. Next Stage begins with the General Elections, a vote-based system where undergraduate idols get voted in by the fans to the big league, so to speak. If you’ve grown to love the legion of characters in this show (personally I’ve struggled to remember all of them) you would get an emotional kick out this aspect.

The anime does a remarkable job in simulating the idol business (minus the interstellar travel), from the rabid fans supporting their favourites to the idols bawling on stage every time they make a speech. Interestingly, there’s also corruption and conflict of interest referenced with Chieri’s father initially using his influence to boost her popularity before the elections. 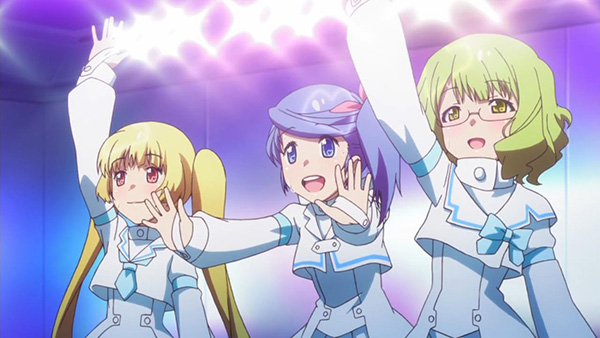 The big crux with the second half of AKB0048 is the revered and long-lost Centre Nova position which is pretty much the leader spot of the group which shines brighter than the rest. This position was lost along with the legendary idol Atsuko Maeda, or Acchan, who disappeared and is almost always talked about. Who exactly would succeed her is the big question during the later episodes, but it’s fairly obvious when the show has a heroine.

What AKB0048 does differently is inject a huge amount of back story into its universe, separating itself from other idol anime that tend to focus just on girls in an everyday setting. While I can see where they’ve been going with the whole thing I can’t help but feel the action scenes, while not bad, are out of place. It gets a little too ridiculous, even for anime, when the girls sing and dance their way out of a potentially deadly confrontation. 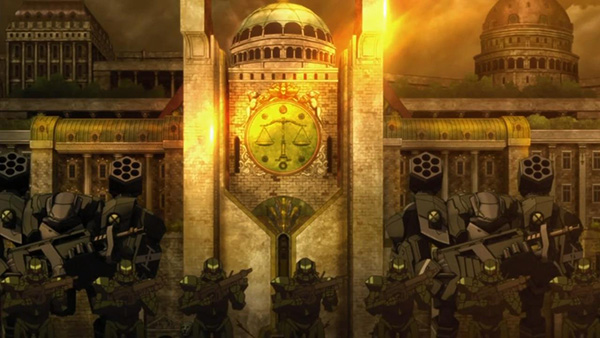 The anti-entertainment force is more determined than ever to stop AKB0048 performing and viewers are treated (or forced to sit through) constant attacks and attempts of sabotage by the DES. Not only do they have to contend with authorities but deception from within as even the fans turn on the idols at some stage. The ending is somewhat predictable but heart-warming nonetheless and at the core of the narrative is the struggle to overcome obstacles as one pursues their dream.

Visuals
AKB0048 is a bright and colourful ride, using more pinks, blues and greens than I’ve seen in recent years. Naturally, this fits with the pop idol theme and leads to some cute but also stunning character designs. Dance choreography is wonderful while even the battles with anti-entertainment forces have a good amount of attention paid to, despite not being the focus. It’s impressive how much detail was put into the background universe of what’s traditionally a simple genre.

The use of CGI seen in the first half is continued in Next Stage, with character models receiving a 3D upgrade during concerts to bring out the extra impact. Visually, you won’t have too many complaints about AKB0048 especially if you’re familiar with Satelight’s other work such as the extravagant Aquarion Evol mecha series. 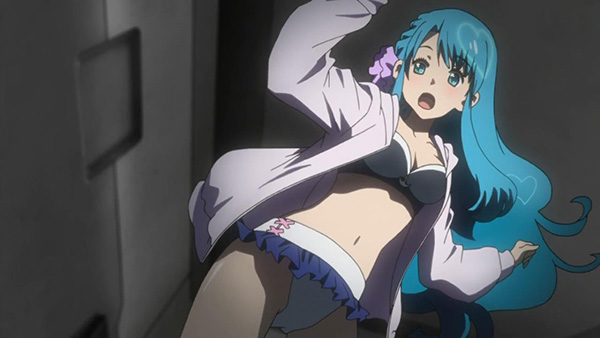 Audio
Being an idol anime, music should be a key highlight and it is, to an extent, though probably not as much as I would have liked. When you have so much going on, like battles and drama, it’s inevitable that some things won’t feature as much. What we do hear is though is good and certainly on the same level as real idol music, with happy and uplifting songs mixed with ones with attitude.

The Japanese voice track sounds as you’d expect from a show full of singing and often bickering girls, and they really shine during songs since the voice actresses are actual idols themselves. The English dub falls a little short during normal voice work but surprisingly localise some of the songs well into English. Only occasionally do we hear the English versions, for example when the characters practice, and the original Japanese songs play the majority of the time during concerts. 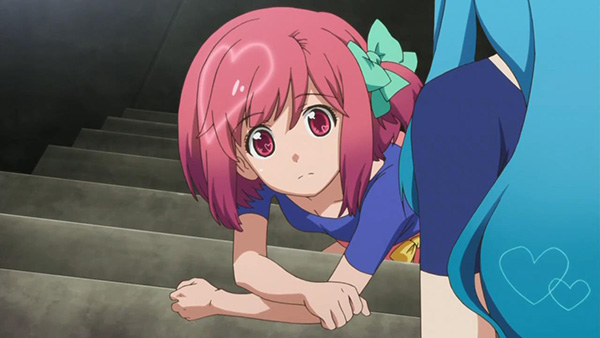 Extras
Included on the discs are clean opening and endings songs (which sound really good, by the way)…and that’s about it. You won’t find anything fancy with your copy of AKB0048.

Overall
As a complete package of part one and two, AKB0048 ties in with a common story about growth. How someone unremarkable can achieve something great with hard work and effort. It just so happens that that someone is part of an idol group, so we get plenty of fun, drama and music along the way. However, the narrative isn’t all that complex, despite some interesting twists in Next Stage, and to really enjoy it you’d have to grow attached to the characters. Also, the villains are portrayed fairly cheesily so it’s hard to take the threat seriously especially in an innocent show such as this.

While it owes a lot to the popularity of mega idol group AKB48 and its legion of fans, it still manages to stand on it’s own as a well done series. If you’re a fan of Japanese idols, this is a perfect anime accompaniment to your other hobby, and for everyone else this might be a great way to get acquainted with the phenomenon. The heart is there but it just lacks in lasting power for the majority of viewers.