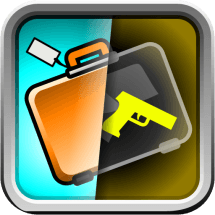 Anyone who has flown in recent times has probably been on the receiving end of the tight security measures required to fly. Kedlin Company now offers you a chance to be on the other side of the x-ray machine in their new game Airport Scanner. Scan through passengers’ luggage and keep those dangerous objects off the plane!

There is no story in Airport Scanner. So once again, you will have to make one up if you require a story to play a video game. I suggest an intense 24-esque scenario involving a conspiracy involving flooding passenger luggage with weapons to overload the TSA with work. Maybe throw in a conspiracy inside a conspiracy for good measure. 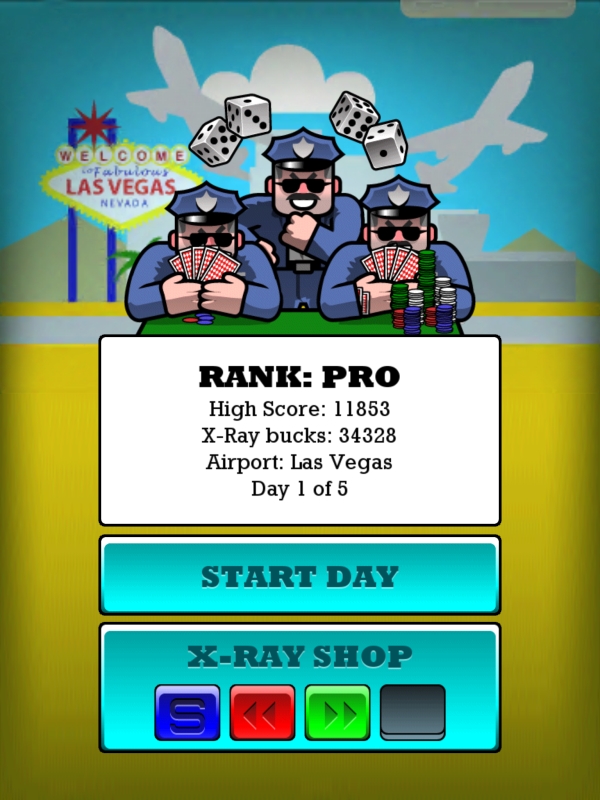 Airport Scanner is a game that will test your observational and management skills. Players will have to keep an eye for dangerous goods on an airport scanner that moves progressively faster as levels go by while ensuring passengers get on their flights on time. To make matters more complicated, players will also have to adjust barriers to ensure flight crews and first class passengers make it to the front of the queue while those boarding later flights are delayed. Extra points are rewarded for long combo chains of successfully identified illegal goods. To make it easier, special power ups are available in the store that are purchased with in-game currency earned from playing the game. At the end of the day, players will then be able to choose the harshness of punishment on passengers caught with illegal items. Lighter punishments means guaranteed fines but less money, harsher punishment rake in higher fines but players risk being sued.

Gameplay starts out at a leisurely pace, but quickly picks up to be a fast and furious affair that emphasizes time management and smart use of power ups. As the game progresses, players will need to shuffle the queue to delay passengers on later flights and move up first class passengers and flight crew. This adds an incredibly challenging dimension to the game play. Often I would find myself so distracted by the x-ray machine I would get dinged on time penalties from delaying the flight crew. As the levels increased, time for flights shrunk, passenger bags zipped across the conveyer belt faster, and passenger bags contained more and more illegal items. No longer could I get away with just tapping on the luggage and letting the TSA guards find the illegal items. Tapping all the items was vital to save time and I needed to start using the power ups I purchased from the store. Power ups range from highlighting illegal items to changing the speed of the conveyer belt. Figuring out effective combinations is an important part of succeeding in Airport Scanner. Combined with managing the passenger queue, I was both surprised and impressed at the level of depth involved in Airport Scanner. This is not a game to judge by the icon by any means! 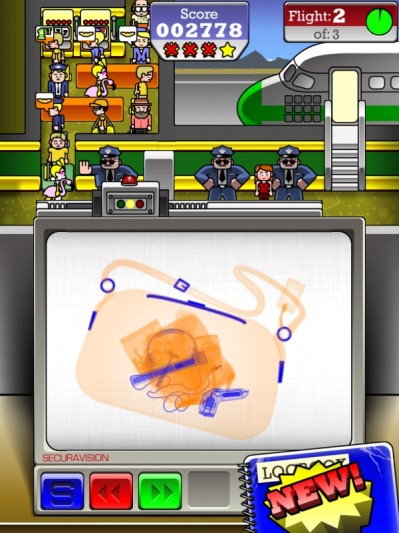 A short mini game occurs after every day played in game. All the passengers hauled aside for carrying illegal items are put in a line and players are allowed to choose the harshness of their punishment. The lightest guarantees a payment of $15 to $100 dollars per person, while fair justice does not guarantee a payment but ranges from $100 to $300, while harshest judgement will ranges from $300 to $1000 dollars. However, the harshest payment not only chances no payout but a penalty of $100 to $1000. This mini game adds a much appreciated little extra to the game play.

The controls over all are solid for the exception of a few hiccups. Swipes are sometimes mistaken as taps which can cause passengers to be accidently hauled aside, wasting precious time. I think having a separate button to speed up the conveyer belt instead of swiping would solve these problems completely.  When things move extremely quickly, hit detection can be sketchy. I noticed this only happened on later levels with the speed power up enabled. I found this was a rare occurrence but an annoying one when it happened. Airport Scanner is an incredibly fun game that takes a simple premise and flies with it. Although it struggles with a few hiccups with its controls, the challenging and addictive game play more than makes up for the rare difficulties. 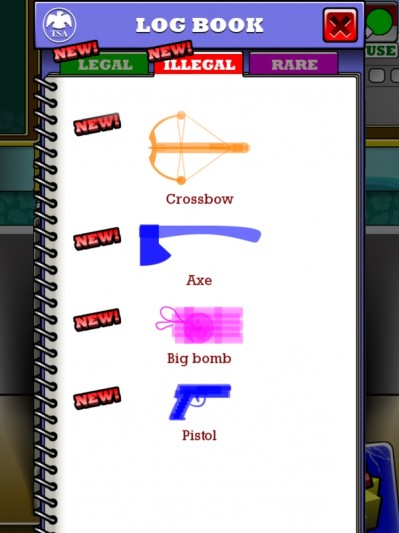 Airport Scanner is a great looking game. The graphics are cartoony and the x-rayed luggage is well designed. Like real airport x-ray scanners, objects leave a coloured shadow. Airport Scanner manages to balance these items to be visually attractive while keeping the game challenging. The cartoony style of the game allows for some great animations including TSA guards punching passengers off screen and TSA guards furiously rummaging through passenger luggage.

The graphics look great on both the iPad and the iPhone’s Retina screen. Personally I enjoyed playing on the iPad’s screen more.  Although the game is very playable on both platforms, it is much easier to spot items on the larger screen.  Overall, Airport Scanner manages to pack a visually appealing game that looks great on all sized screens.

Airport Scanner continues to impress with its audio. The music is a modern take on classic arcade type tunes. Although only one song plays, I found it to fit the game and didn’t get repetitive after long periods of time. The sound effects are fun and finish the whole cartoony feel of Airport Scanner. Airport Scanner presents pleasant audio that players will have no problem listening to as they scan through luggage for hours on end. 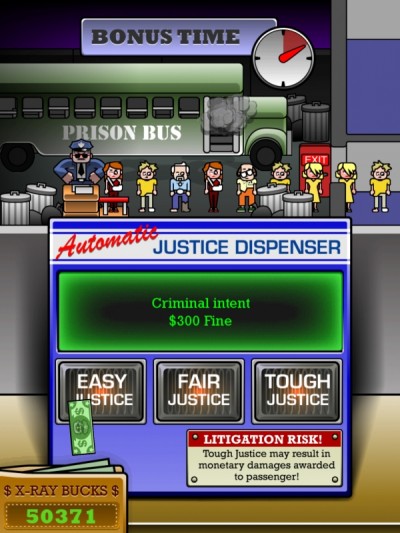 Airport Scanner is a deceptive game in a really great way. The idea of the game is dead simple and could be easily written off as another bit of shovelware on iTunes. But those who write it off are missing a fantastic and addictive game. Kedlin Company manages to take a simple concept and add enough twists to make the game frantic and challenging. Add a great cartoony atmosphere and a modern take on arcade tunes and you have a fantastic deal at $0.99.