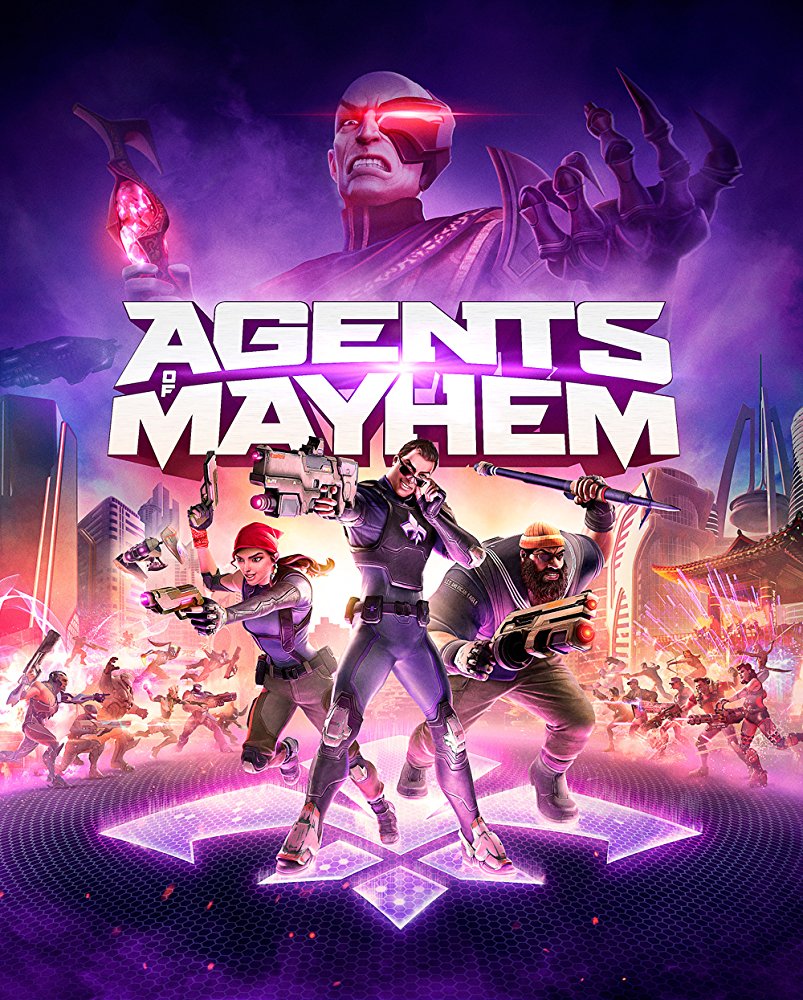 The latest addition to the Saints Row franchise is Agents of Mayhem, an open world shooter set after the events of Gat out of Hell. Persephone Brimstone leads M.A.Y.H.E.M., an organization of super agents doing battle against Brimstone’s previous employers L.E.G.I.O.N., an organization of super villains. In Asian Pop Idol fashion, players will form their own sub-group of three agents and put a stop to L.E.G.I.O.N.’s heinous plans in Seoul.

Agents of Mayhem follows the battle between M.AY.H.E.M and L.E.G.I.O.N.’s Ministry of Pride in Seoul. The game’s story is essentially an adult version of the Saturday morning super hero cartoons mixed with a touch of James Bond super spies. Playing the game was just wave after wave of nostalgia for the movies and shows I grew up watching. While the agents are probably more Suicide Squad than The Avengers, the characters are charming and lovable. The game’s large cast provides little opportunity for character development, but each agent is given a decent backstory and their own story mission that dives into the character’s past. 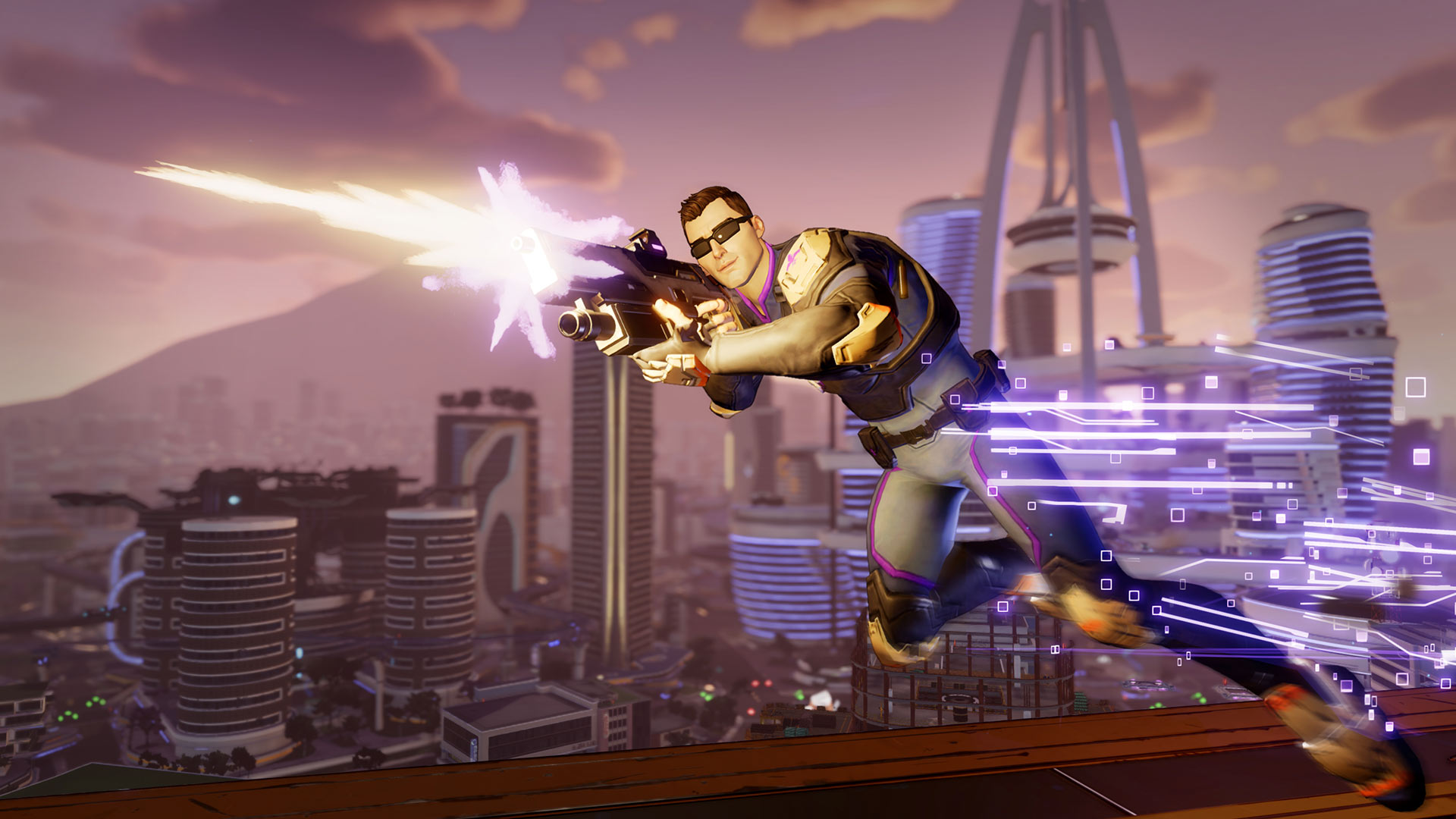 The writing in Agents of Mayhem is probably the game at its best. It is reminiscent of Saints Row 3, possibly the best written title in the franchise. The dialogue is witty and sharp. No trope or pop culture franchise is safe from parody. The humour is over the top without going too far, and there is enough variety in the humour that it will elicit a laugh from just about anyone. I am extremely impressed by the sheer amount of dialogue in the game. Almost all the NPCs in the game have lines that are specific to each agent and their backstory and many missions have customised dialogue for the player’s active agent instead of some generic line that could be responded to easily.

I think Agents of Mayhem deserves a mention on how the game handles diversity. The characters come from a vast range of backgrounds and life experiences, giving Overwatch a serious run for its money. The best part is that Agents of Mayhem never really feels like it is making an overt attempt to tick all the diversity boxes, as it always feels seamlessly woven into the story as a fact of life. 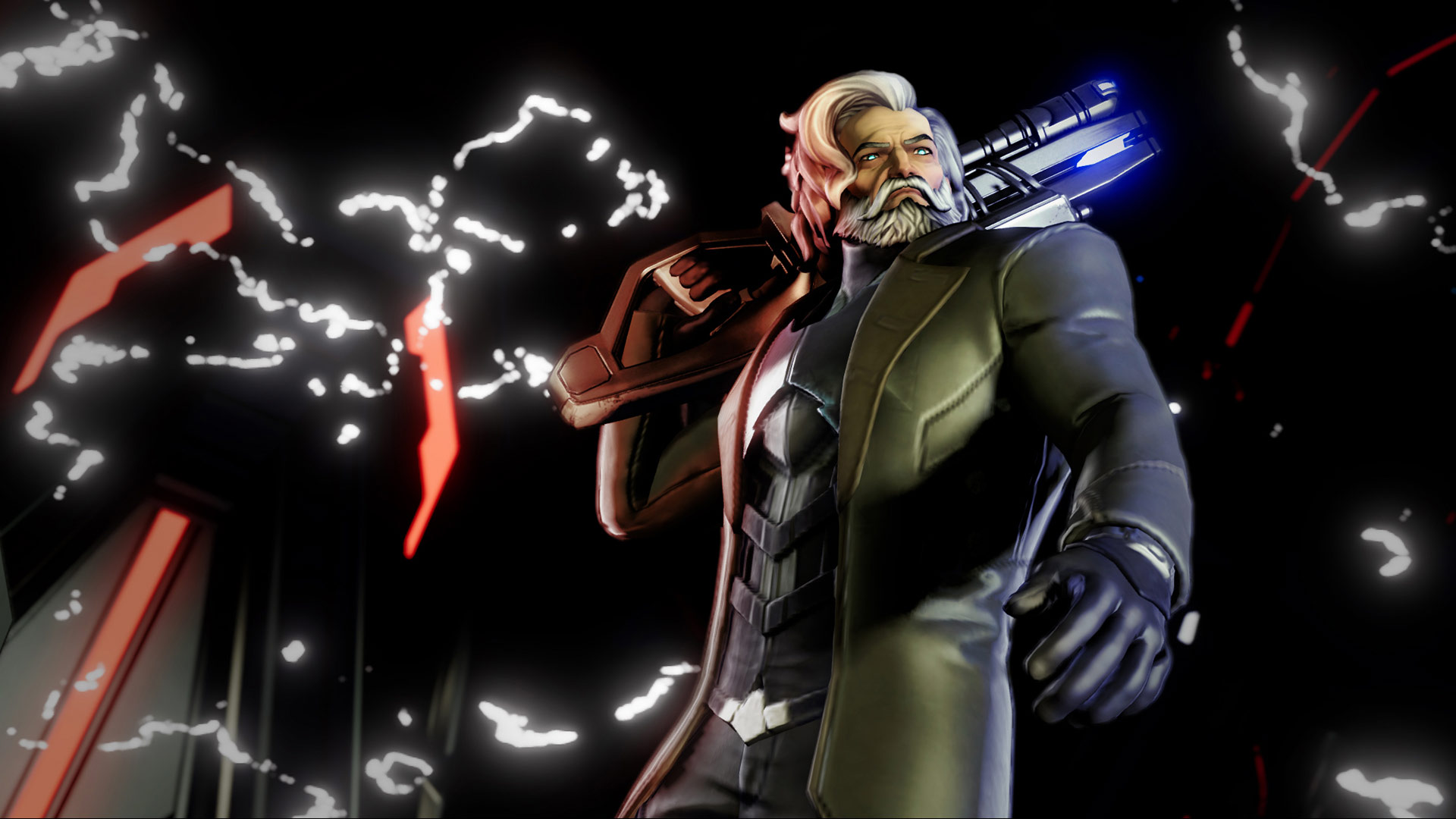 Agents of Mayhem is a pretty standard open world action game. There are plenty of collectibles scattered across the map, vehicles to drive, side activities to complete, and main missions to beat. The game’s hook is the roster of agents that players can build their Asian pop idol-esque sub-team from. Each agent has a unique weapon, a special ability on a cooldown timer, and a Mayhem ability that charges based on kills. Agents have two types of special enemies they excel against and a small stat tree that consists of three individual stat buffs and one party wide buff. Each agent can also can customise their special ability and two passive skills with gadgets unlocked from levelling up and L.E.G.I.O.N. tech found throughout Seoul. All agents also have access to special weapons and items called Gremlin Tech that can be crafted with materials collected in the game, though I didn’t find these items to be too useful for the most part. Additionally, cores are used to purchase one of three special passive abilities for each agent or level them up beyond level 20. While players will need to build a balanced team of agents that can tackle all the special enemy types, the roster is laid out in a way that players should be able to build a well-rounded team based on their preferred playstyle. 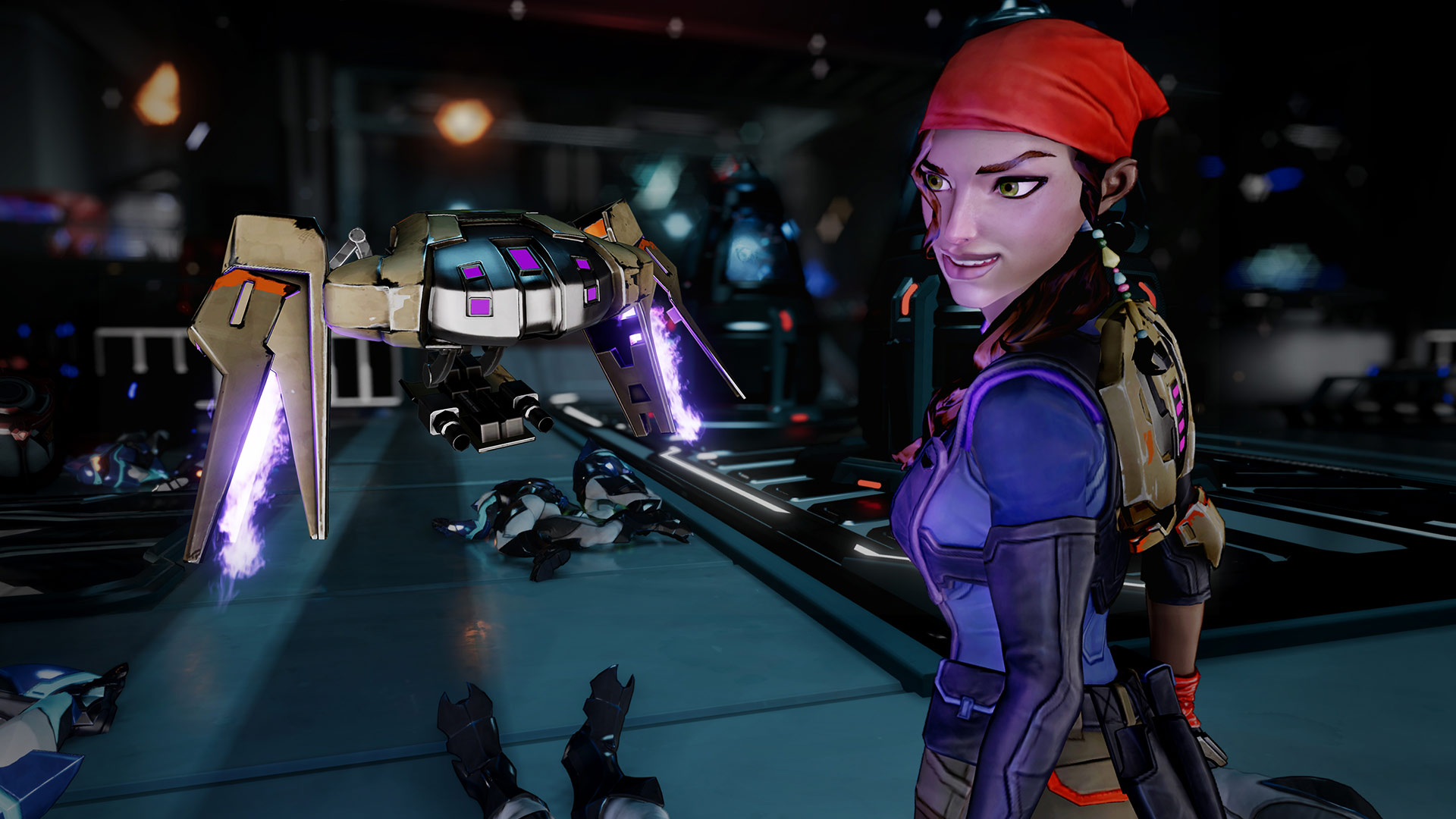 Unfortunately, the game’s diverse cast of agents may be the best thing going for the gameplay. It soon becomes apparent after the first seven to eight missions that all of the missions fall under a few standard archetypes: kill everyone here, destroy a bunch of environmental items there, hack a few console in this corner, hold onto this area as waves of enemies surge in, complete a race, or destroy a target vehicle. Agents of Mayhem’s mission design is MMORPGs at its dullest, but without the carrot urging players to continue on the grind treadmill. The car combat missions deserve a special, dubious mention as probably the worst mission archetype in the entire game due to its utterly dull vehicle combat system. There are no weapons for vehicles, so the only option is to chase the target car in a large circular path and ram the car off the road while boosting. To make matters worse, many versions of the mission will have two enemy cars spawning infinitely to harass the player, dragging out the mission length as players need to destroy the two enemy cars and then boost to the target car to destroy it before two more enemy cars spawn. The L.E.G.I.O.N. lair missions are supposed to serve as dungeons for the game, but end up being another fantastic example of the game’s repetitiveness. These mini dungeons recycle the same handful of rooms in different configuration. The repetition is only alleviated during the game’s boss battles, which add some interesting mechanics to the fights.

Agents of Mayhem’s controls are good. The control layout is solid and feels very tight. The controls are on the arcade end of the spectrum, making gun and vehicle handling very forgiving. The map is well designed for the triple jump mechanics for the most part, with plenty of small ledges to allow players to scale extremely tall buildings. 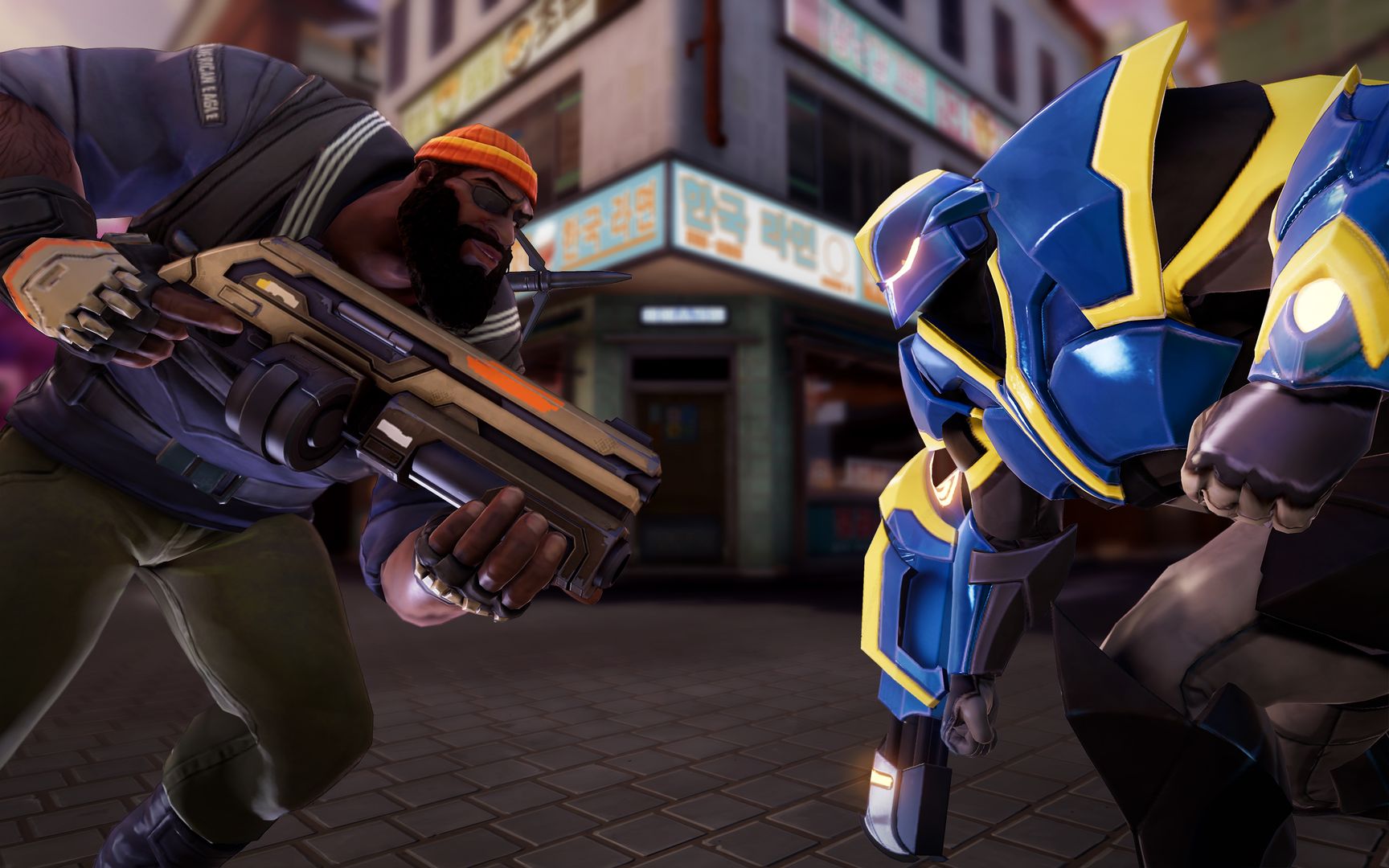 Agents of Mayhem’s art style is fantastic. The cut scenes are done in traditional Saturday morning cartoon style. In game, the style is the same as the more recent Saints Row titles, with a cartoony look. Seoul channels a neat, near future look, but the city itself feels quite repetitive and is in dire need of more unique neighbourhoods. The L.E.G.I.O.N. lair suffers from the same visual repetition issues due to the same rooms being recycled.

Agents of Mayhem delivers a solid audio experience that gamers have come to expect from a triple A title. The voice acting is generally very good, with the voice actor for Joule probably being the weakest of the bunch. She has difficulty doing a convincing Italian accent and clearly drops it for her American accent at times. The sound effects are satisfying. I was a little disappointed that the game lacks a car radio, but the soundtrack is excellent none the less. 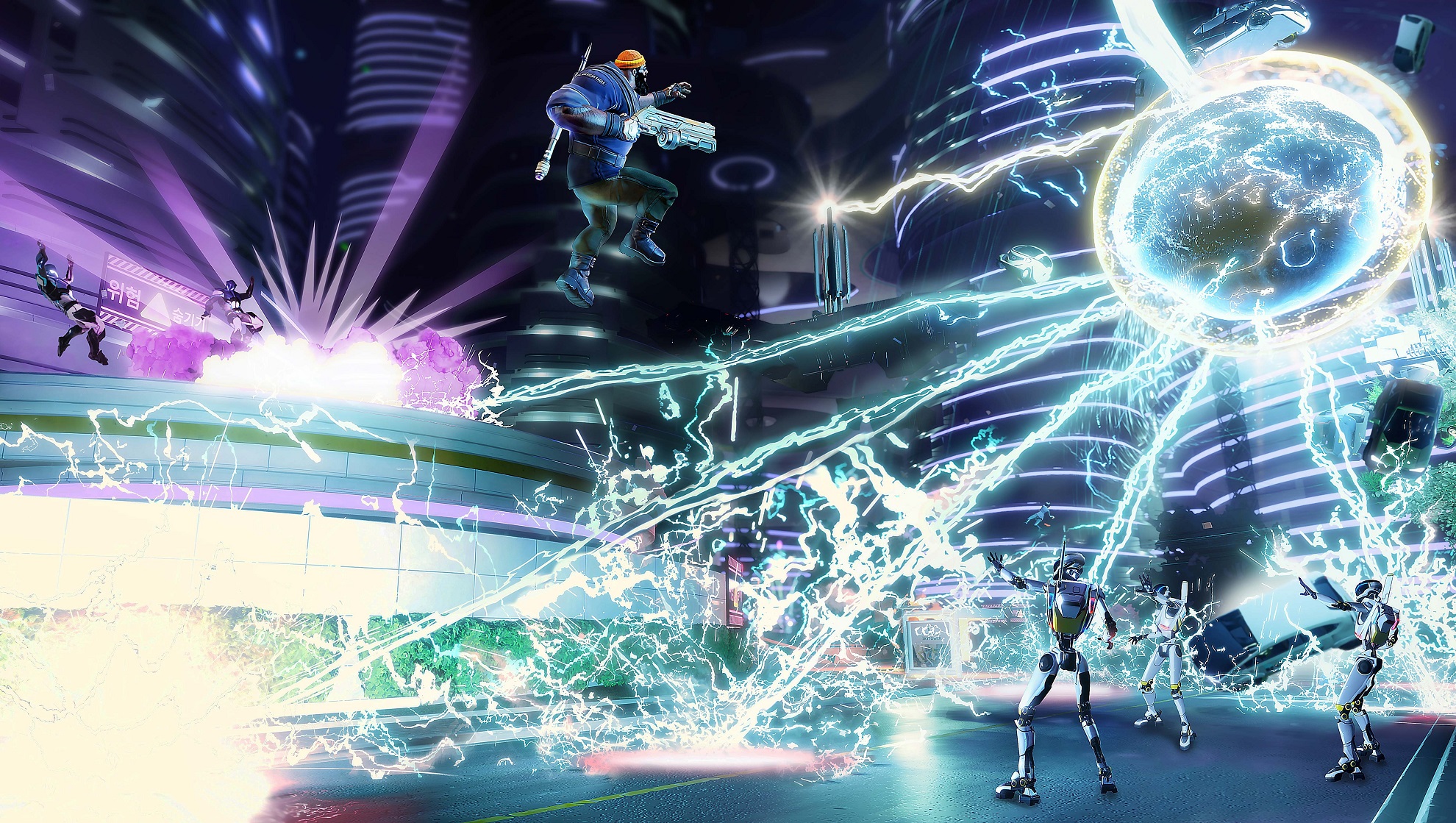 Agents of Mayhem is a bit of a mixed bag. The story is an absolute pleasure with witty writing, enjoyable characters, and brilliant parody. The audio/visual presentation is strong, but unfortunately none of this can save the game from its repetitive nature. Gameplay wise, the player will have experienced pretty much all the game has to offer by the time they finish the first boss fight. I cannot recommend the game at full price, but I do suggest picking Agents of Mayhem up when it is dirt cheap during a sale and blitzing through the game at the lowest difficulty just to enjoy the story.

Agents of Mayhem boasts a fantastic story, but is ruined by dull and repetitive gameplay and level design
6.5