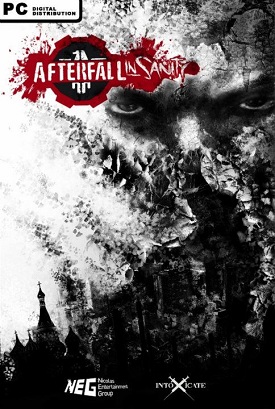 Overview
Afterfall: InSanity brings together a collection of genres to entertain every sense of the word horror. Incorporating third person adventure elements as well as puzzle mini-games, the game provides an ever changing experience.

To further identify the game’s persona, Amnesty International terminated the contract signed with Nicolas Games because the charity claimed Afterfall: InSanity too brutal. This statement alone boasts the graphical intensity provided during gameplay.

Story
In the wake of a the Third World War, few have survived. The year is 2035, and some members of The Republic that were lucky enough to survive the bombs have been camped in the shelter named Glory for 20 years. However, the citizens of Glory are now encroached with an entirely different foe – darkness. Darkness can be interpreted as the physical reduction of light or even a mental void that plagues people over time. Either state can be equally terrifying but the combination of mental and physical exhaustion can make illusions seem real. 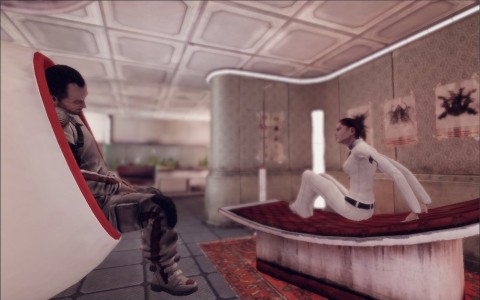 Dr. Albert Tokaj has been forced into the psychiatrist position during his 20 years at Glory. He is in charge of evaluating citizens and reporting their prognosis directly to the Colonel. Left with little choice in profession, Albert grows restless with his position and finds himself falling asleep during evaluations. He admits to his close friend Marcel that he hasn’t been feeling well.

A meeting with the Colonel propels the story forward with a problem involving the ventilation system on the other sub-levels. Albert has been put in charge of evaluating any abnormalities that may be found. Not entirely thrilled about this excursion, Albert sets off with two Republic guards to find the source of the problem. As the story continues, the darkness grows and thickens with confusion. Who is the source of the problem?

Gameplay
The inclusion of a tutorial was cleverly done with Dr. Tokaj having a sleep disorder. As the game begins you are currently sleeping in a psychiatric evaluation with a patient. Abruptly awakening from an upset patient, you are required to find your handheld computer to hack the door’s lock so your patient can leave. In order to interact or pick-up items, the default button “E” should be pressed.

Hacking into a mainframe provides a neat mini-game similar to picking locks in games like Elder Scrolls V: Skyrim. Not requiring lockpicks or any other tool, hacking is less detrimental to your overall experience and can be done quickly. Utilizing combinations of movement directionals (W,S,A,D) in succession, a player can unlock any hackable device. Some stations can only be accessed with key cards or by supplying electricity to the console. 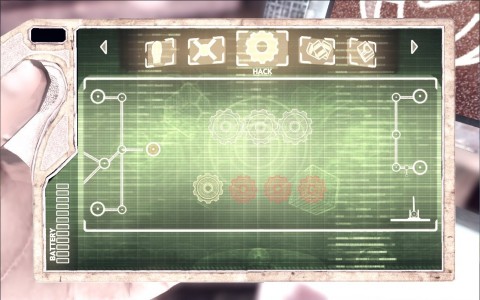 Still within the tutorial, you learn how to fight in unarmed and armed combat. In need of a drink, Tokaj finds himself engaging in a bar brawl. A tooltip appears to assist in learning the basics of unarmed combat, but the game fails to tell the player how to connect with multiple hits. A left mouse click will initiate a forward punch whereas a right click would administer a blocking movement. Using the left click in junction with left and right directionals creates a combo of punches. This sequence of attacks will generate a loss of fatigue and can only be continued until your stamina bar runs out. After the attack, your stamina is replenished. Once your opponent has fallen to his knees, a final blow option is available. Activating your attack button results in a visceral pounding that knocks out your opponent – they won’t be getting up anytime soon. Additional to the final blow, you may use the “V” button to kick the body that delivers the same end result. 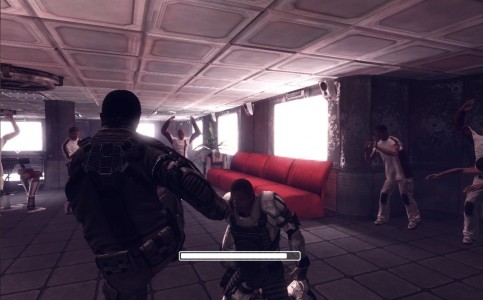 After the bar brawl, Tokaj leaves the bar engaging in free fight mode. You are now able to pick up any available weaponry in the vicinity. That random looking pipe on the ground becomes a viable option for waylaying opponents. Lighter weapons provide faster connecting swings and use less stamina. Heavier weapons such as a monkey wrench will have less successive hits and generate fatigue quicker. Similar to the final blow in unarmed combat, final blows in armed combat are extremely bloody in a decapitating manner. You can expect opponents to become headless after continuous bashing with a metal pipe.

Beyond the tutorial players are able to pick up a pistol, tranquilizer gun, shotgun, and an assault rifle. The gameplay suddenly changes from an action game to a third person shooter. By aiming with a right click, players can use the left click to shoot. If a player does not aim, the player will punch forward with the gun instead of shooting. The melee option is viable for opponents that get too close; however, a couple well placed shots will drop nearly any enemy.

In a specific chapter, the player is able to take control of a miniature land rover to manipulate electric currents. In order to access a power grid, you must traverse through the ventilation system and avoid certain death with rotating fan blades. The danger becomes extremely real when you need to disable the fans to traverse from one shaft to another. 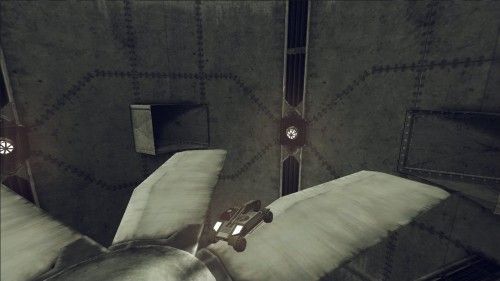 One of the few reservations I have about Afterfall: InSanity concerns the lack of a saving system. The entire game is based on a series of checkpoints. Dying results in a respawn to previous checkpoint and causes a loss in any progress you have gained. On a positive note, the checkpoints are conveniently located before and after major events therefore not damping the game experience.

Audio/Visual
The visuals become increasingly distracting as you progress further into the depths that is Afterfall: InSanity. Upon reaching the upper levels of the shelter, Albert believes to have reached the surface. With cannibals and bandits running rampant, the ability to discern if this place is real becomes apparent. Buildings have been recreated to match the memories of before the bombs struck. I stood outside a strip club wondering how the inside would appear. Sadly, most of the buildings are barren and present only as a standing structure. Providing more questions and fewer answers, the visuals aid in the story’s mystery. 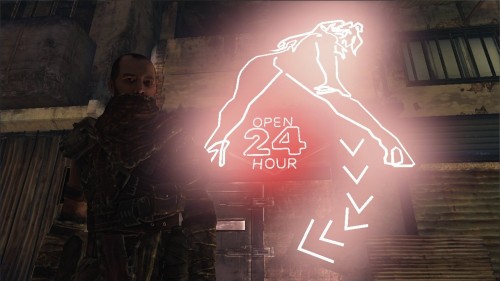 There are many instances in the game where I found myself jumping out of my chair. I would turn around a corner only to hear only footsteps walking toward me then away. Ambient sounds provide a quiet and creepy prelude to fights in a warehouse setting. As a battle emerges the tempo is increased.
Screams and diabolical laughter were captured insanely well to add to the game’s insanity. Cannibals let out a Joker-like laugh and makes you want to kill them even more. Screams can be heard behind closed doors, and upon entering the rooms you only find dead bodies. Afterfall: InSanity makes you wonder if you are actually falling victim to the darkness.

Overall
The gameplay in junction with visuals and audio offers a complex environment that keeps you immersed in the post-nuclear world of Afterfall: InSanity. The gameplay is based around the emergence of darkness to light and finding the person responsible for the deaths in the shelter. Sabotaged railways and dangerous traps provide excitement that will keep you on your toes. 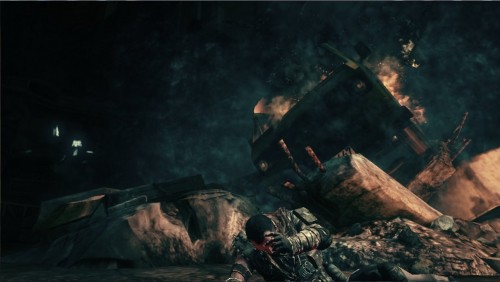 While the diversity of man made weaponry is creative, I would have suggested individual kill sequences for each weapon. The final blow for weapons are the same as you are swinging the weapon at the enemy’s head – bashing it off in the process. Still brutal, but a variety in weapon kills would provide more depth.

The storyline continued to gain my attention throughout the course of the game. I felt that I understood Albert’s persona and the darkness he wanted to overcome. However, the end couldn’t have proved me more wrong and is worth finding out yourself.

In the ending scene, Dr. Tokaj is sitting in an investigation chamber. As Albert tells his story, a guard looks up the surveillance footage from the shelter Glory. The security cameras show a different reality than what the player has experienced. What do we take in as truth, and what have we truly done?