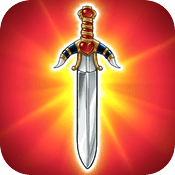 Overview
Look, I’m just going to come right out and say it, time travel is a dangerous game. Bad guys love to use it as a way to get the most out of their lives of evil and extend their dastardly ways. That being said, good guys generally make the quantum leap themselves and wind up saving the days. So when the land is destined to descend into an eventual hell, the future must seek aid from the past, which is technically the present…Oh boy. 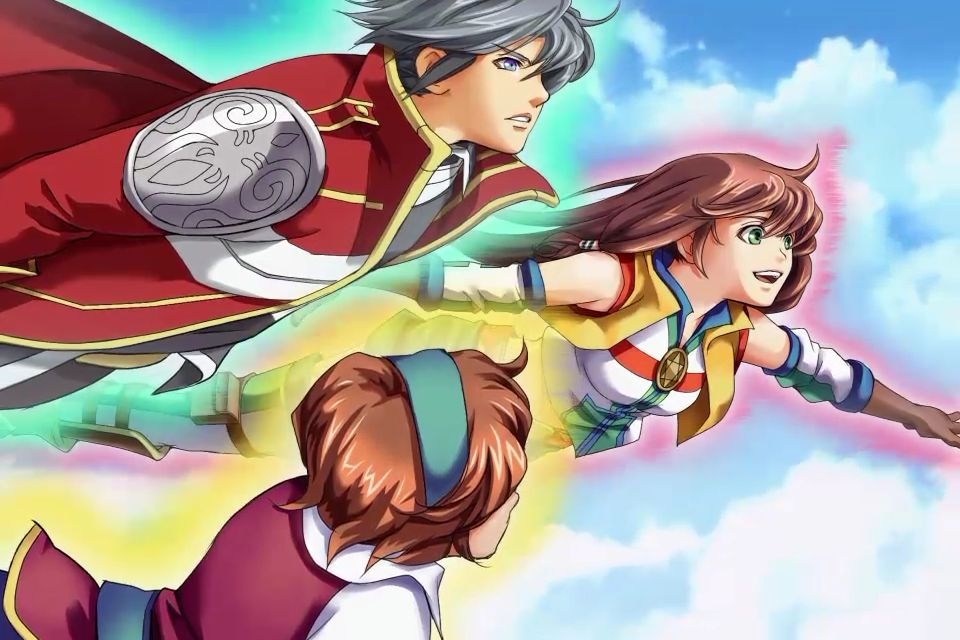 What time is it? Perilous Time Quest Time!

Story
Having previously defeated the evil Ardeal and subsequently saving the entirety of history, Ales and Ceska have returned to their regular, less dramatic lives. However, after returning from a voyage, Ales learns that Ceska has gone missing after going to inspect a mysterious pillar of light that appeared close to the castle. Naturally he runs to her aid and thus begins the next quest to save the land in perpetuity.

In a not too distant future, a tyrannical King has taken the throne and condemned his citizens to lives of fear and servitude. As with every evil force, a Rebllion sprang forth to contest them. Knowing that there was no way to defeat the powerful King, Rebel solder Lily decides to travel back in time and challenge a younger, hopefully weaker, version of the ruler. Barelling through the tunnels of time, she finds herself face to face with our brave heroes, who themselves have already begun fighting monsters who have mysteriously appeared the land. However, it would seem that Ales and Ceska have an interesting connection to the events of the future and so, with the help of Lily, they must themselves leap forward in time and attempt to put right that which has gone wrong.

Naturally as a plot focused on two different timelines, events in game will occur in tandem. Alternating between the past/present and future/present, Ales and allies must brave the perils of their respective worlds. As they explore the land as it will be, twists and turns aplenty reveal the truth and force our heroes to shift focus from one enemy to another. Apparently with history changed, evil still remains…in the future. Either way as the characters relationships shift, they learn to ultimately trust each other’s judgement and clear a few misconceptions that they bared. Characters pasts are also slowly revealed, shedding some light on their actions and providing a glimpse into their psyche. 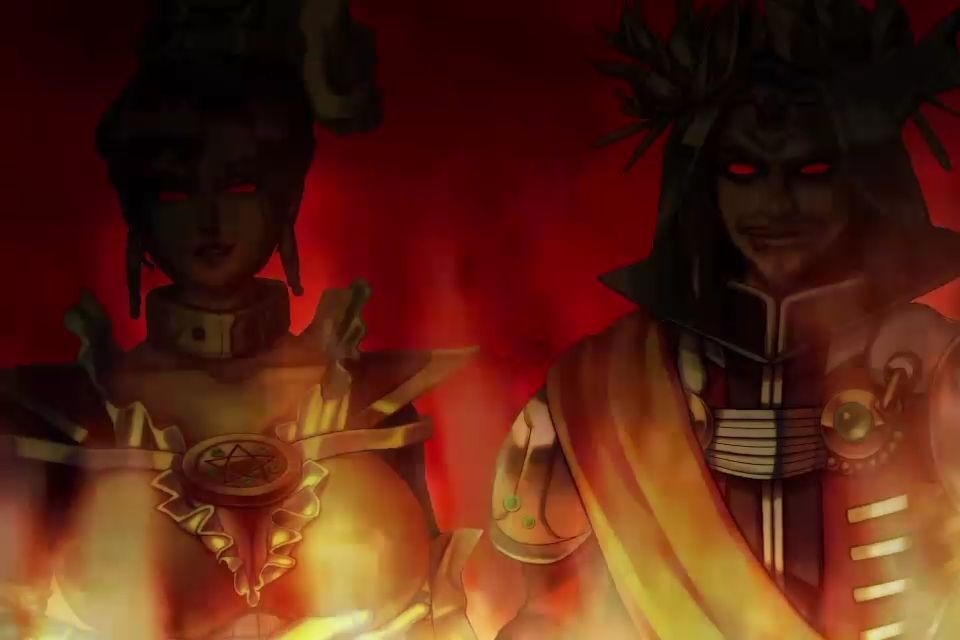 An evil yet to rise

Gameplay
Just as its predecessor, Across Age 2 plays like and old school 16-bit JRPG. With its top down view and segmented landscapes, you’ll be able to jump right into the action without having to learn an overly complex control system. The game utilises simple touch controls, a joystick button for movement, a singular attack button, not too complicated. The early stages of the game also includes timely tutorials for the basic game elements, just in case you’ve forgotten, or never played the first game. That being said, the controls can be a bit finicky at times. In the midst of combat, it can be difficult to correctly orient yourself, leading to a number of missed attacks and uneccessary damage. Due to the joysticks close proximity to the left character tile, it is also entirely possible to accidentally change characters. Luckily, there is an option to move the joystick up or down the left of the screen, alleviating this problem should you have it.

As the game focuses on the next arc of Ales and Ceska’s lives, Across Age 2 features a two person team system. At any point during play, you are able to switch control between both characters, making use of their unique skills. As the classic swordsman, Ales possess a number of powerful, but ultimately close range, attack. Ceska serves opposite, in that her magical attacks possess an incredible range but lack in stopping power. She is also granted a wide variety of spells, each carrying a different elemental property. Whilst these are inherently effective, they are also utilitarian in nature. Unlocked over the course of the game, her new skills coincidentally allow her and Ales to proceed past an obstacle that was blocking them just moments prior. Talk about lucky. When physical objects, such as ledges and gaps, block the heroes path, Ales is able to lift his partner and throw her. Performing such a task will separate the team dynamic and force control of Ceska, who will operate independently from Ales until the two physically cross paths once more. 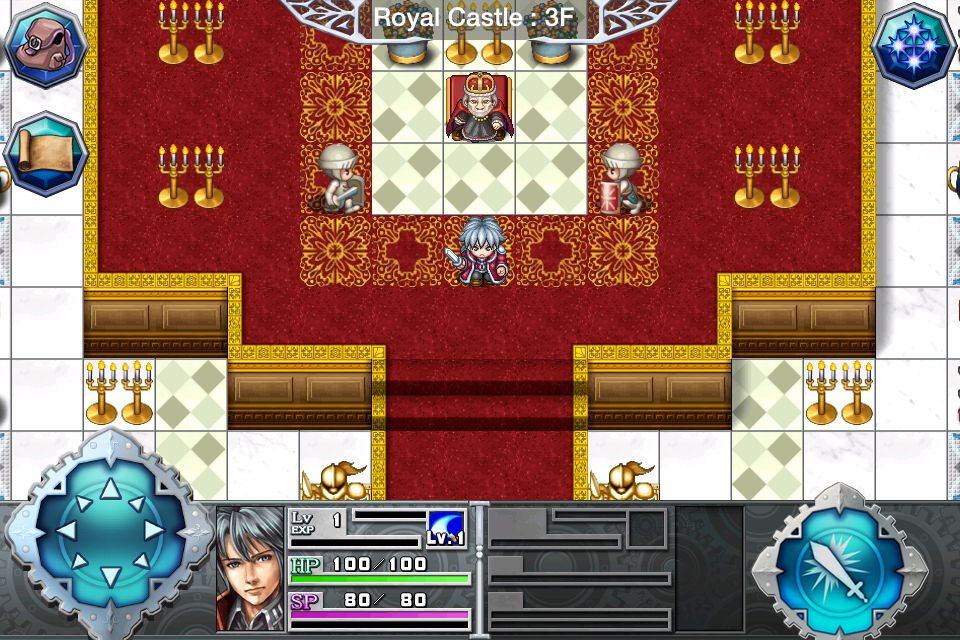 Those are some powerful candles

The combat system of game is also connected to the teamwork mentality of the heroes. As with any game, monsters possess their own strengths and weaknesses. Boiled down to the basics, the creatures of Across Age are generally able to resist either Ales’ sword or Ceska’s magic. As such, you will need to constantly alternate between them, lest you find yourself in a slow, drawn out fight. The creatures themselves also follow a similar division of skills, being either a magic caster or physical attacker, so pay attention to their range. When the fighting escalates, the game also has a propensity to lag slightly, generally when a number of enemies die or attacks fly in rapid succession. While not a major problem, it can be slightly annoying when being swarmed.

As an RPG, the one of the core features of the game is improving your character. As you defeat the monsters that roam the land, you will receive experience that is helpfully divided between both members of the team, complimenting the previously mentioned “switch out” nature of the combat. Tap into your inner treasure hunter and open every chest you stumble across, netting yourself some sweet gear in the process. Naturally, as you progress through the game, the gear will steadily become better, allowing you to cast aside all of your old possessions…or pawn it all for cash. Ah, the journey of a hero.

But no matter what you do, just don’t forget to manually save your progress, lest you meet with the greatest horror of RPGs: lost data. Don’t say I didn’t warn you. 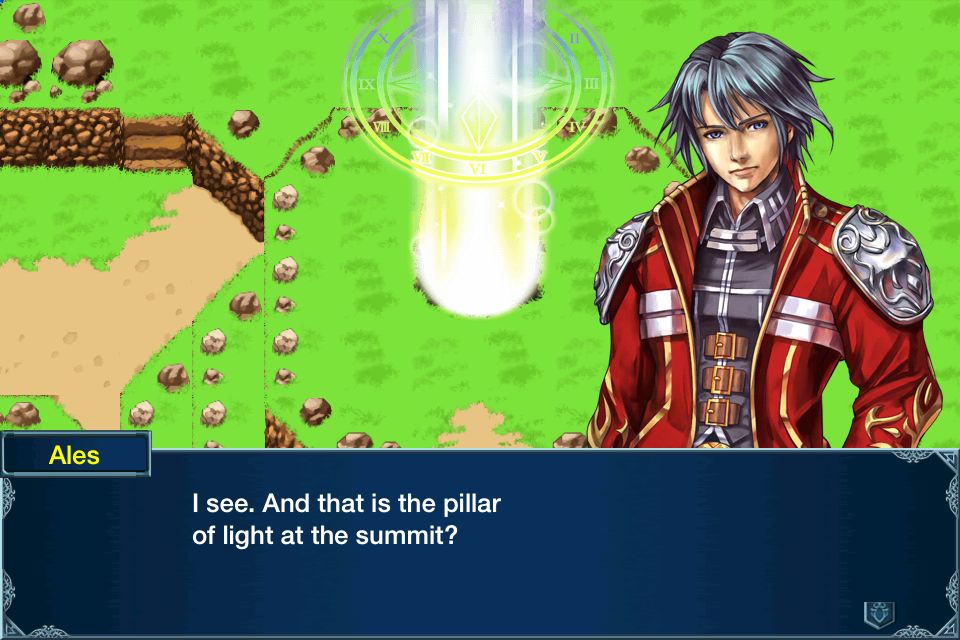 Ever the perceptive champion

Visuals
As previously mentioned, the game fashions itself after some of the classic RPGs and opts for a 16-bit style. This serves to add a little retro flare to the game, harking back to days gone by. Kind of appropriate for a game centralised around time travel. The game itself is also not visually busy, with even multiple monsters appearing relatively spaced apart, serving to give it a very “clean” look.

When the inevitable dialogue sequences occur, the textboxes are accompanied by anime style stills of each character, if their important enough to deserve one that is. Again a classic RPG element, its inclusion definitely serves to keep interest in the events that transpire and break up the visuals. In a similar vein, certain crucial plot moments will also receive their very own cutscene. As opposed to full blown animation, these scenes comprise of stills that express key moments, such as the majesty of teleportation. Once again, this serves to provide interesting new visuals and prevent a lack of interest, and acting as something to look forward to, as the gameplay hours wear on. 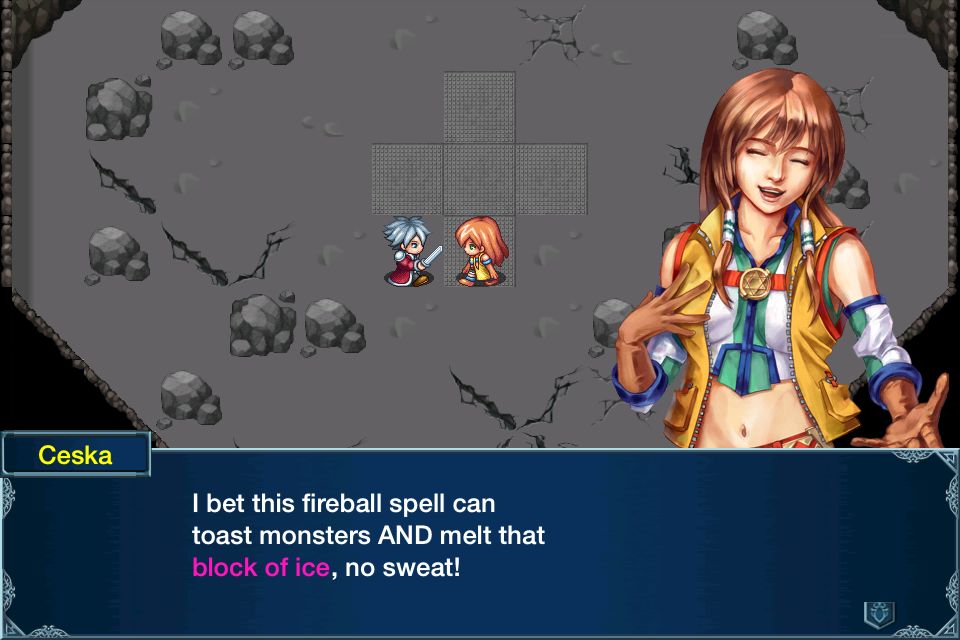 Audio
Probably the most surprising element of the game is just how awesome the music is. Rather unexpectedly, the game employs an electric guitar for a major portion of its soundtrack. Appearing during the more intense moments, such as combat, it adds an element of intensity to the gameplay by breaking up the usual music. When not engaged in life or death battle, the game opts for the more traditional adventurer tunes, produced by flutes and pianos. Those typical upbeat sounds that just make you want to explore the world and become stronger. Speaking of which, you’ll also become very familiar with a particular musical cue that plays each time a chest is opened. The sound will come to mean good things for you, heralding bountiful discoveries such as swords, armour and accessories…or an apple. Which is still pretty good, I guess.

The introductory sequence, which serves as a recap of the previous game’s events, is also fully voiced. Though the voices cease after this, it provides an element of depth to the game, showing that the characters are complete in their own right and have voices of their own, even if we don’t get the chance to hear them. 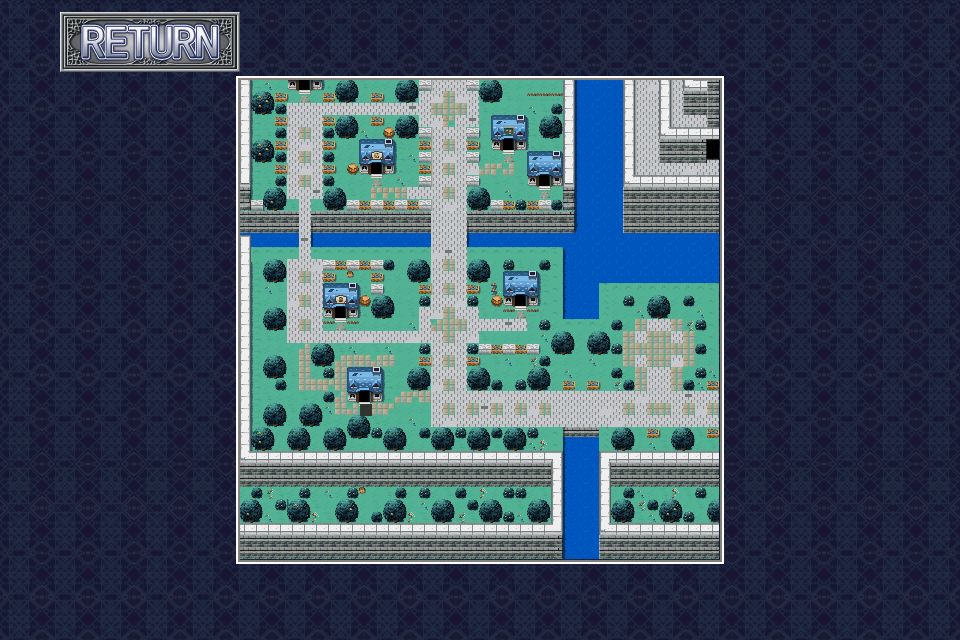 Honestly, is the map necessary?

Overall
Across Age 2 is a very solid RPG experience. One of the surprisingly in depth experiences on the iOS, the game is, in essence, a role playing game at its core. Devoid of the flashy visuals and sounds of current titles, it instead opts for the old school simplicity of 16-bit, something it does well. The games inclusion of a vibration feature was also rather cool, adding yet another element of depth to the experience. Though the controls can sometimes be a tad difficult to utilise, these problems may be alleviated by the use of the iPad’s larger screen or the iOS 7 controller, with which the game is compatible.  Overall, Across Age 2 is an awesome RPG experience that any fan of the genre, and iOS titles, should play. In a world of complex plots and high tech visuals, sometimes its nice to have a break and go back to the core elements that make a game fun. Like searching for treasure chests. It’s the simple things in life. 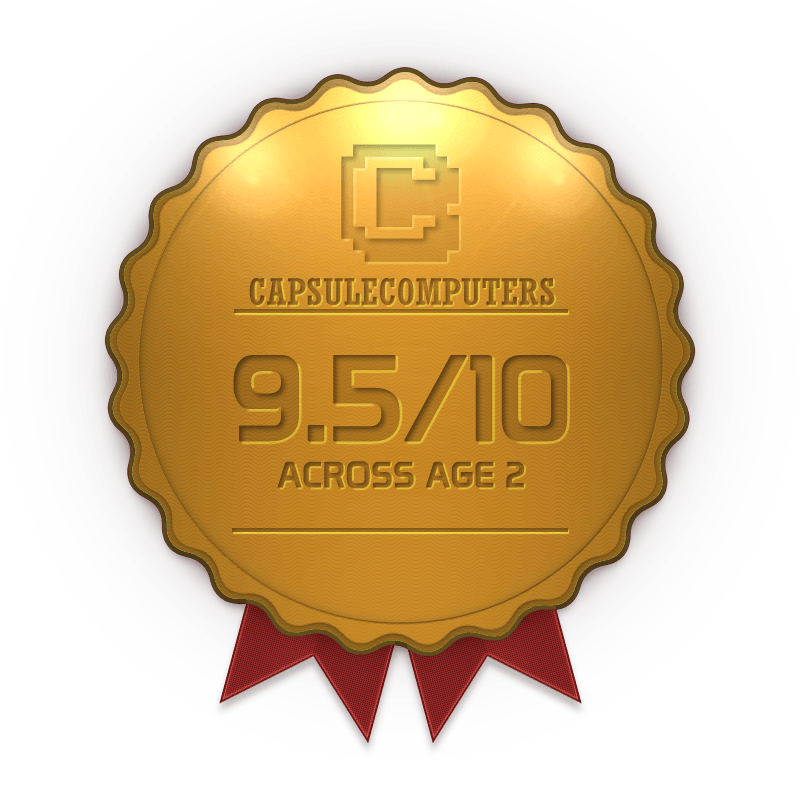