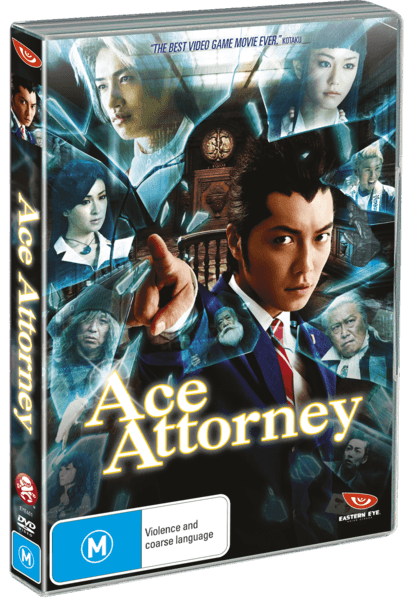 “Objection!” is just one of those words that fills you with excitement and joy IF you’re a Phoenix Wright: Ace Attorney fan and why wouldn’t you be it? It rocks! With 5 games or so under it’s belt it’s fairly safe to say a great deal of people agree with me. Director Takashi Miike has brought this story out of a game and right onto the silver screen so well! This is the next bit of Phoenix Wright gear; A movie called Ace Attorney and if you love a bit of Phoenix Wright or just some quirky-ass courtroom action please read on. 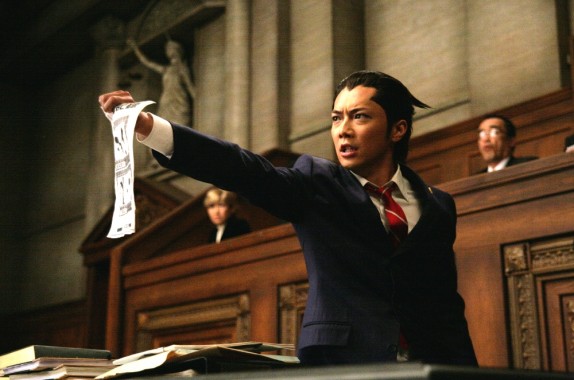 What I thought ruled about this movie was how well it followed the original game yet also, somewhat, made it it’s own. The main two trials of the movie are exactly the same as the game, obviously, with slight differences but not big enough to upset a die-hard fan of the series. It follows the case of the Murder of Mia Fey and the case where Wright must defend his rival Miles Edgeworth. Both of these trials came directly from the game. Those two cases made up the bulk of the movie but we do have the appearance of two smaller cases that were in the game, they were put in the movie as a kind of “Comparison” between Wright and Edgeworth and actually how different their styles are in court which is great because that comes into play as the movie continues on with Phoenix having to defend Miles and Miles actually helping Phoenix along out of desperation…initially. Characters like Von Karma, Larry Butz, the Fey Sisters and a bunch of the odd characters make it into the film and are portrayed so well! Phoenix himself carries over swimmingly from the game, you actually feel like you’re watching a story about Phoenix Wright and not just the movie of a story loosely based on the game. So much of the humour is also brought along as will as the intense situations of a courtroom.

Little bits of the film were changed, only slightly, so that the style of the game is easily understood. Obviously game mechanics are hard to bring to life in a movie but Miike does it well. Gigantic, courtroom machines that project holograms are used to represent everything you would see in the game like the evidence used and a lot of the quotes and video, it feels very quirky, extremely unique and really takes nothing away from the series because, really, after they’ve introduced it they don’t draw attention to it which would have taken away the vibe of a video game. If this movie does anything great than the game it’s the level of darkness, sadness and severity that comes out of a grueling murder case. This movie can even get a bit haunting at some points but, once again, I didn’t feel as though it took away from Phoenix Wright at all. 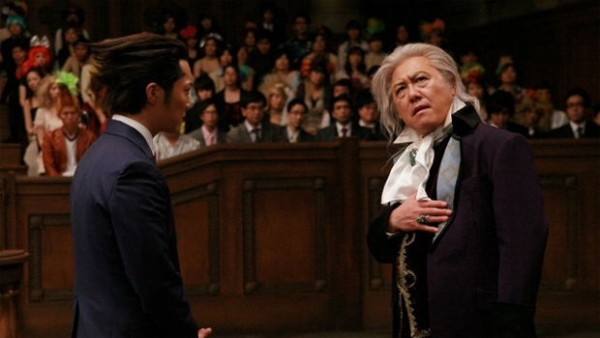 Ace Attorney does this well. Not only does every character, bar one or two, look the way they did in the game but the fact that they found a way, through CGI, to bring the game to life and make it look almost real is something incredible. Costuming was done almost 100% correct, the hair definitely got the attention it deserved and the locations were incredible accurate. This movie, like the game, takes place mostly in the courtroom and they, somehow, found a way to keep it from being boring as hell. Every character acts out their signature movements like how Phoenix points his finger and yells “Objection!” and a lot of the characters flip out the same way they did in the game. This is probably the closest “game to movie” film that has been made up to this point. 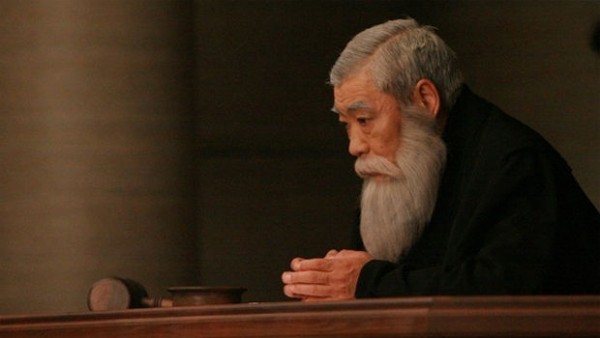 This is much the same as the visuals. The actors do a great job…acting! They sound the way they should, they put just the right amount of emphasis as the actual characters would too which is hard because the games are all set in written dialogue so you have to read how the characters are reacting and for that to be put across as well as this…wow. The music is also similar to the game, similar enough that while sitting there I went “Hey! That’s the thing! From the thing…oooooooh!”, I could pick up on what was what straight away so it wasn’t like I had to decipher or listen hard and pay 200% attention to figure it out. They did extremely well. The court sounds were great also! So reminiscent of the game with the sounds of the flashing evidence and even the characters’ “Gyah!” when hit with evidence. It was just fantastic to say the least. 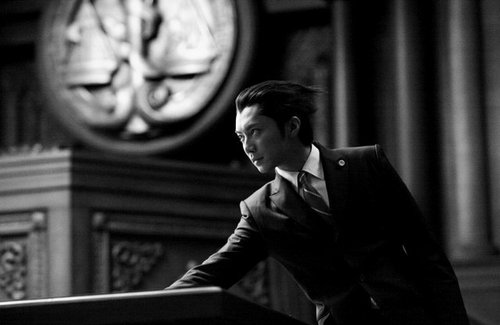 Now we really didn’t get much extras with this release but the one thing we did get was really cool; it was a “The Making of: Ace Attorney” and it really gives you a fairly big insight into how they did what they did. I understand that’s in a lot of movies but it’s still nice to get a behind the scenes look and it works great if you decide to watch the feature again so you can now tell how they did what they did. Very interesting. 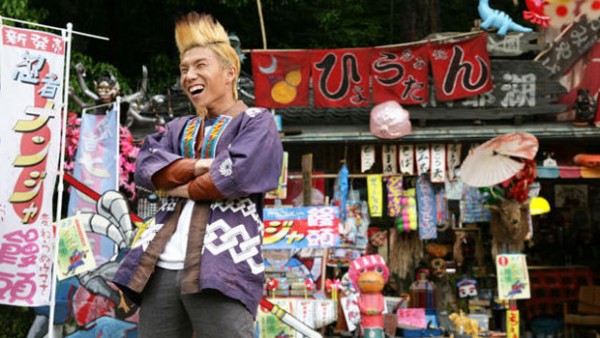 I would have to say that, unlike the games, this movie is great for anyone interested in mystery solving and courtroom banter. For a non-Phoenix Wright fan it could get a bit hard to sit through only because the audience wouldn’t be used to it at that point but it’s a damn good courtroom drama, it’s got a fair bit of action in the courtroom and it really isn’t boring. There’s a bunch of humor and a whole lot of funny banter that will keep people in their seats and there’s a heck of a lot of situations where the audience will no longer need the whole seat because they’ll be on the edge of it. Definitely NOT a movie to skip out on because your not an Ace Attorney fan.