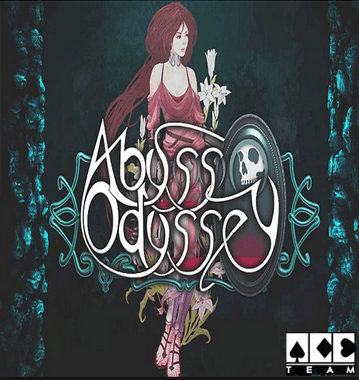 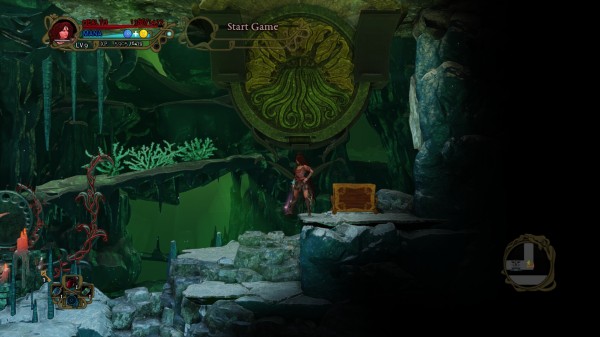 A warlock’s nightmare has twisted the world and the contents of his dreams are pouring into the streets of 19th century Santiago. The soldiers are mostly helpless against the fantastical creatures that are pouring out from the holes in the street. Luckily, not all of the Warlock’s dreams are evil. Katrien, Ghost Monk, and Pincoya have been created to fight back against the nightmares.

Abyss Odyssey’s story and its writing are decent. Players can learn more about the plot by collecting journal pages dropped by slain enemies. The real star of the show is how ACE Team has woven in their home country of Chile into the game.  As a long time gamer, I have become a little jaded with the now overused material taken from European mythology. There is a distinct South American flavour in Abyss Odyssey that is absolutely refreshing. 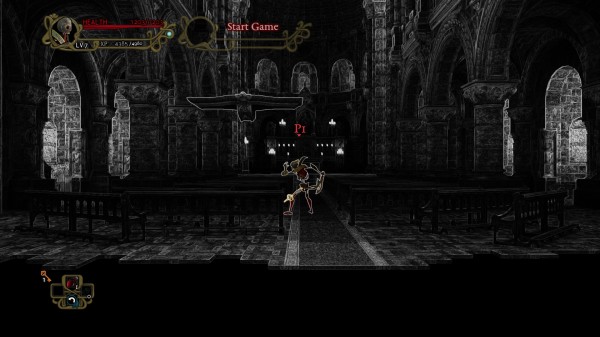 What is old, is new again. The rogue-like genre has seen a big resurgence in the past couple years, thanks to the exploding indie scene in game development. One of the spins on the death is permanent gameplay mechanic is affectionately known as “rogue-lite.” Like many other rogue-lite titles, Abyss Odyssey punishes players for dying, but not to the same degree as true rogue-like titles. The level is randomly generated again upon death and the player loses their inventory. However, players will get extra chances to salvage a failed run and return to a checkpoint with a second life. When the hero dies, a brave soldier will take their place. The soldier is not as agile as the hero and cannot make use of magic. If the player can get the soldier to an altar, then the hero will be resurrected with what ever equipment the soldier brought back. Failing that, camp tokens are available for purchase with the in-game currency. Players can set up camp and purchase a limited amount of  NPC support and respawns at the altars. 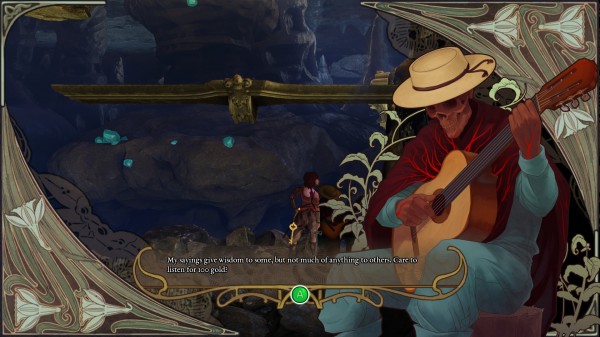 Though the player will lose their inventory between attempts, the experience gained will be maintained. Each level will improve their stats and provide skill points that can be spent towards extra bonuses that will help give less skilled players a leg up. The bonuses are attached to the special abilities players eventually unlock. Three abilities can be equipped at any time and each ability can be buffed with a skill point three times. Skill points can be reset, so players are free to experiment with a build that works for them.

Abyss Odyssey’s rogue-lite system is probably one of the best implementations I have come across so far. It sets the game at a very accessible difficulty level and has a really neat way of giving players a few extra chances, while providing a chance for the hardcore a chance to make their game more difficult. Those brave or insane enough can easily make their run more challenging by simply not purchasing camp tokens. 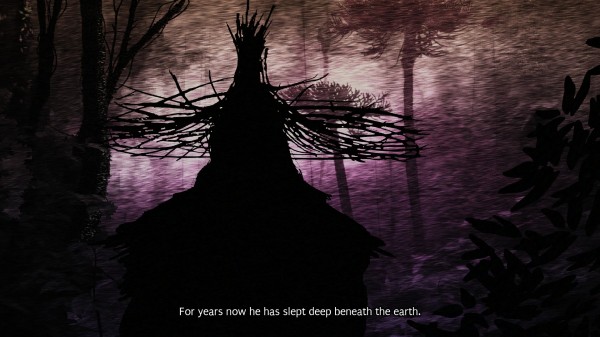 Magical items can be purchased from vendors or found in the abyss below. Players are able to equip one weapon and three pieces of armour. The biggest irritation is that each hero is locked to one weapon type. Though the vendor will always sell weapons that can be equipped, the dungeon loot can drop anything, including incompatible weapons. Personally, I would have rather have the loot system drop less loot but only drop equippable items. It is quite heartbreaking to slog my way through a difficult room and only be rewarded with a weapon I cannot even use.

Abyss Odyssey integrates the fighting genre by implementing a combo system and allowing players to hold onto the soul of one enemy. This soul allows the player to play as the enemy, using all their attack patterns and weapons. Although playing as the enemy does provide a little more variety, the three heroes’ repertoire of abilities feel a little sparse compared to the fighting genre ACE Team is trying to implement. 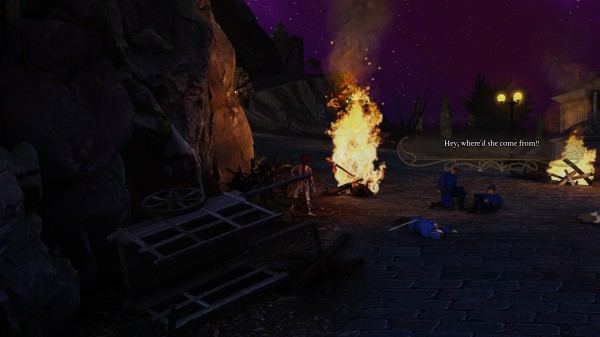 For fellow co-op fanatics, Abyss Odyssey supports drop-in/drop-out co-op and a bonus four player multiplayer mode that behaves a little more like a traditional fighting game. The co-op mode supports any unlocked hero, while the multiplayer brawl allows players to use any unlocked character. For those looking to acquaint themselves with the different attacks of each playable character, a training mode is available.

For all the things Abyss Odyssey does right, the game is deeply crippled by its controls. Rogue-like games, platformers, and fighting games all live and die by their controls. Abyss Odyssey attempts to mix all three genres, but fails to implement the tight and responsive controls required. Players can use either the mouse and keyboard or a controller. Unfortunately the responsiveness of the controls are just not up to par. The wall skidding ability tends to interfere with the already mushy movement system and makes taller double jumps nearly impossible to complete. The controller still has some kinks that need to be worked out. The game only supports the analog stick, which will probably have many fighting fans scratching their heads. The analog stick worsens the responsiveness with the controls, leading to some strange behaviours like two special attacks being launched at the same time. 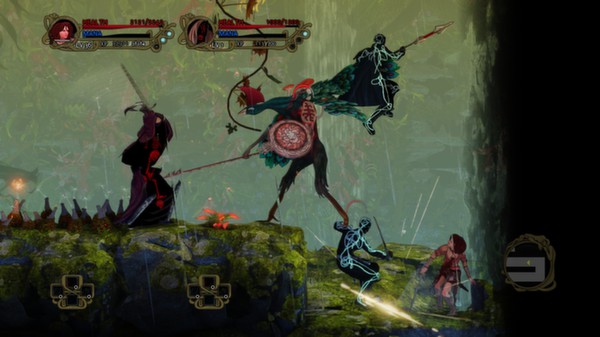 Abyss Odyssey mixes the Art Nouveau style made popular in the late 19th and early 20th century with a Chilean flair. The creatures that inhabit the game are fantastical and visually distinct. The character portraits are beautiful, especially the characters depicting figures inspired by Chilean folklore and mythology.

Technically, the game runs well. I did not experience any difficulties with the game’s graphics. The game has rather low system requirements, so older computers should have no problem with Abyss Odyssey. However, the visual controls are strictly an on or off affair, so there is little fine control of the game’s graphic quality. 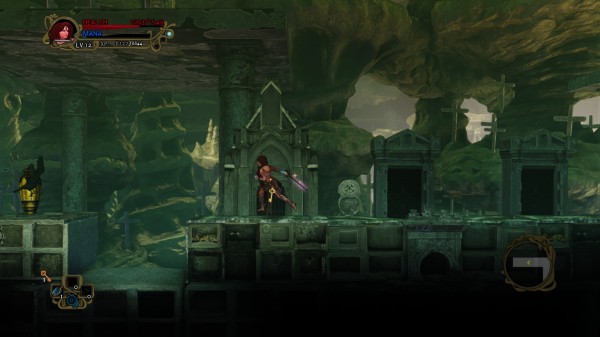 The sound effects and music are pretty average in Abyss Odyssey. For the most part, the music tends to be a bit on the generic side. The voice acting is decent, though some lines are a little on the wooden side.

Abyss Odyssey has some things going for it. The game is a neat twist on the growing rogue-lite genre and has some great ideas. The setting is a breath of fresh air and the game’s artistic direction is beautiful. In theory, the gameplay is solid. However, the mushy controls severely hamstring the experience.