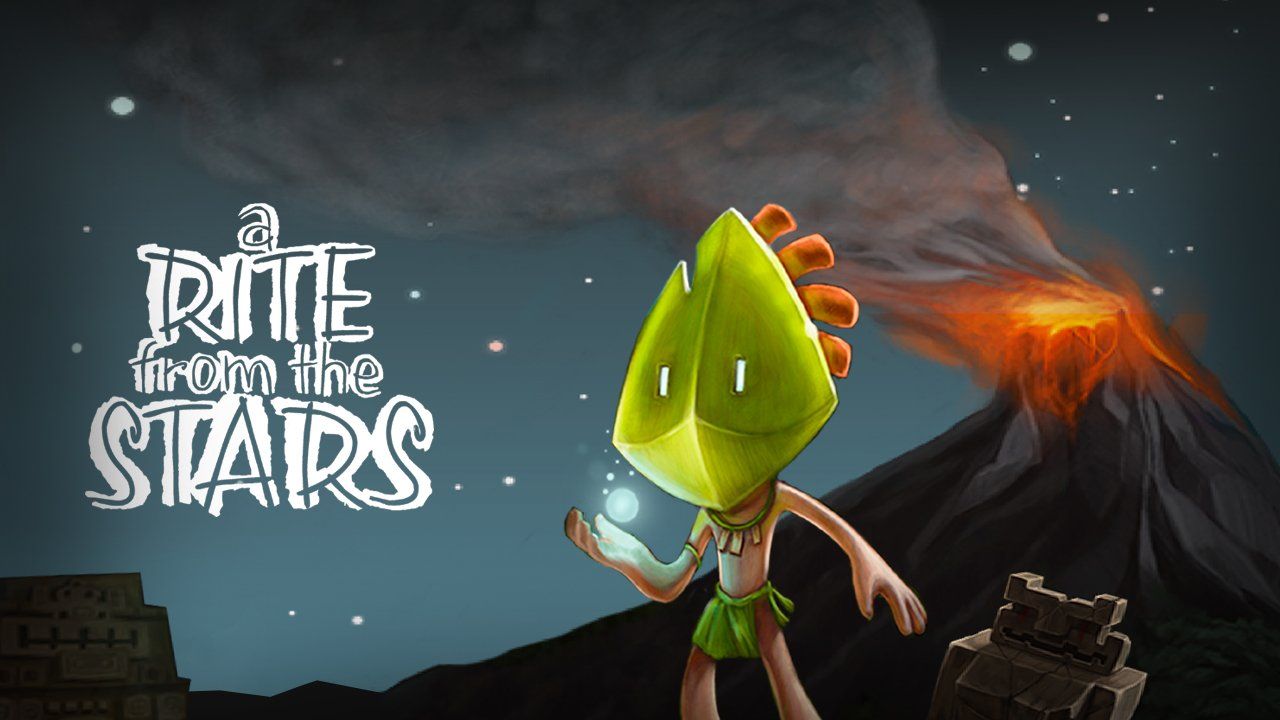 A Rite from the Stars

A Rite from the Stars is an old school point and click adventure game set on the fictional island of Kaikala. Kirm, a mute boy from the Makoa tribe must pass his rite of passage into manhood with the help of his guiding star Hoku and his meercat Mirk. The three will venture deep into the jungles to prove Kirm’s wisdom, courage, and spirit.

Probably the most notable thing about A Rite from the Stars is the constructed Makoan language made especially for the game. All the spoken lines are in this fictional language with subtitles for your region. For the most part, the Makoan language lines up nicely with the subtitles, letting players pick up the odd word or two. A few lines feel like they were changed last minute as the speaker will say a syllable, but the subtitles will provide two or three full sentences.

The plot is serviceable, but generally quite bland. For the most part, the spirit challenge is the most interesting of the three because it has the most meat on the bones. Since the Kirm is mute, most of the dialogue involves Hoku and other characters. I think it’s handled well as Kirm still participates in conversations with gestures and facial expression. 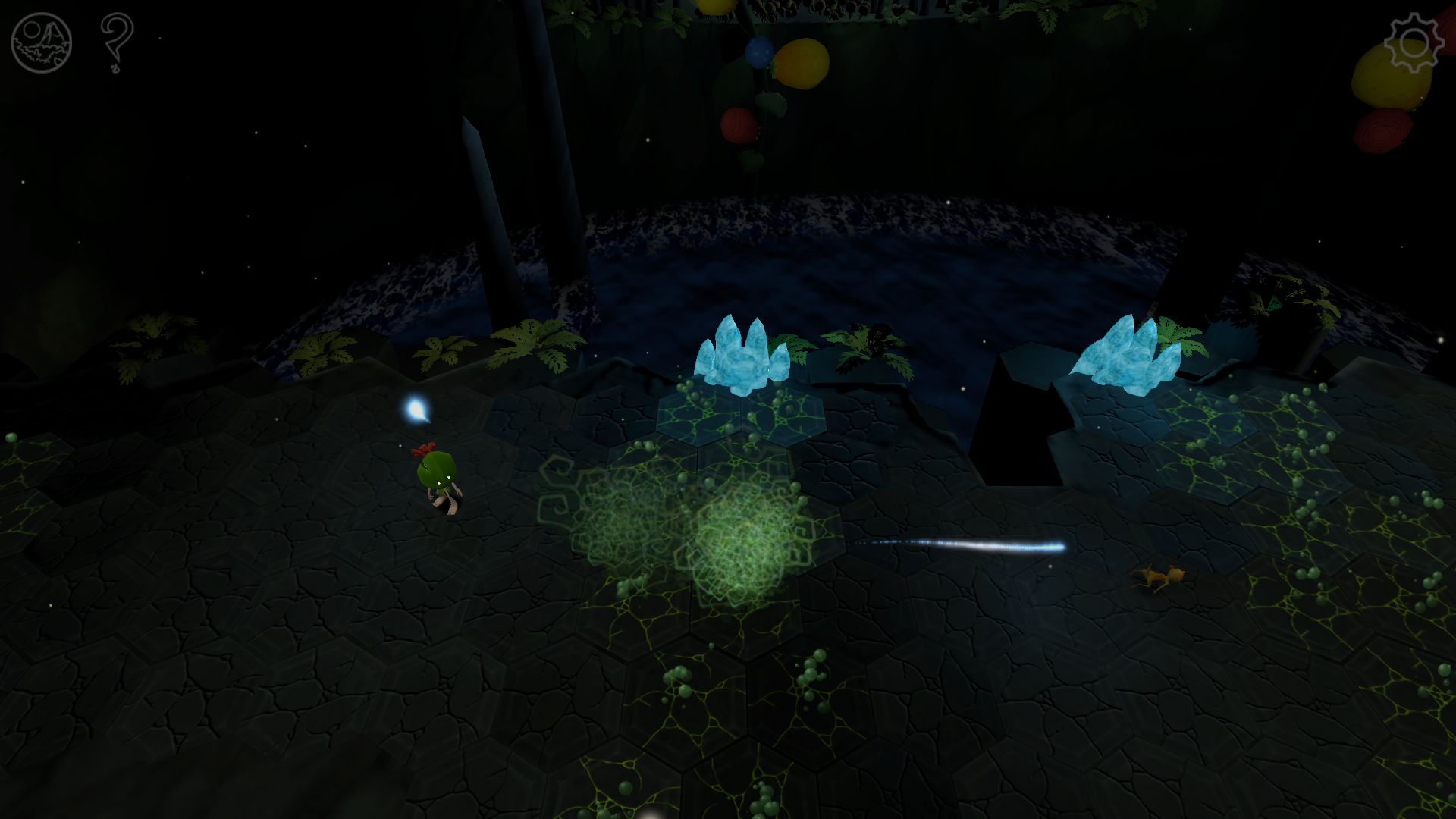 A Rite from the Stars is a point and click adventure. Each of the three challenges have a main gameplay mechanic. Wisdom is the most traditional of the three, requiring players to pick up items and use them in the right spot for most puzzles. In the spirit challenge, players can switch between the physical world and the spirit world. Finally, the courage challenge pairs Kirm with his meercat Mirk who is immune to poison.

The puzzles in A Rite from the Stars has some bright points among the doldrum. The music-based puzzles are my favourites, especially the rhythm-based puzzle early in the spirit challenge. The game generally excels with the logic puzzles as long as the puzzle’s main mechanic only appears once or twice. The puzzles are creative and offer a variety of challenges to keep players on their toes. Disappointingly, there are long stretches in the courage section where the puzzles are some variant of the fruit and poison puzzle. It gets repetitive and boring, making it feel like the developers ran out of ideas part way through the game. 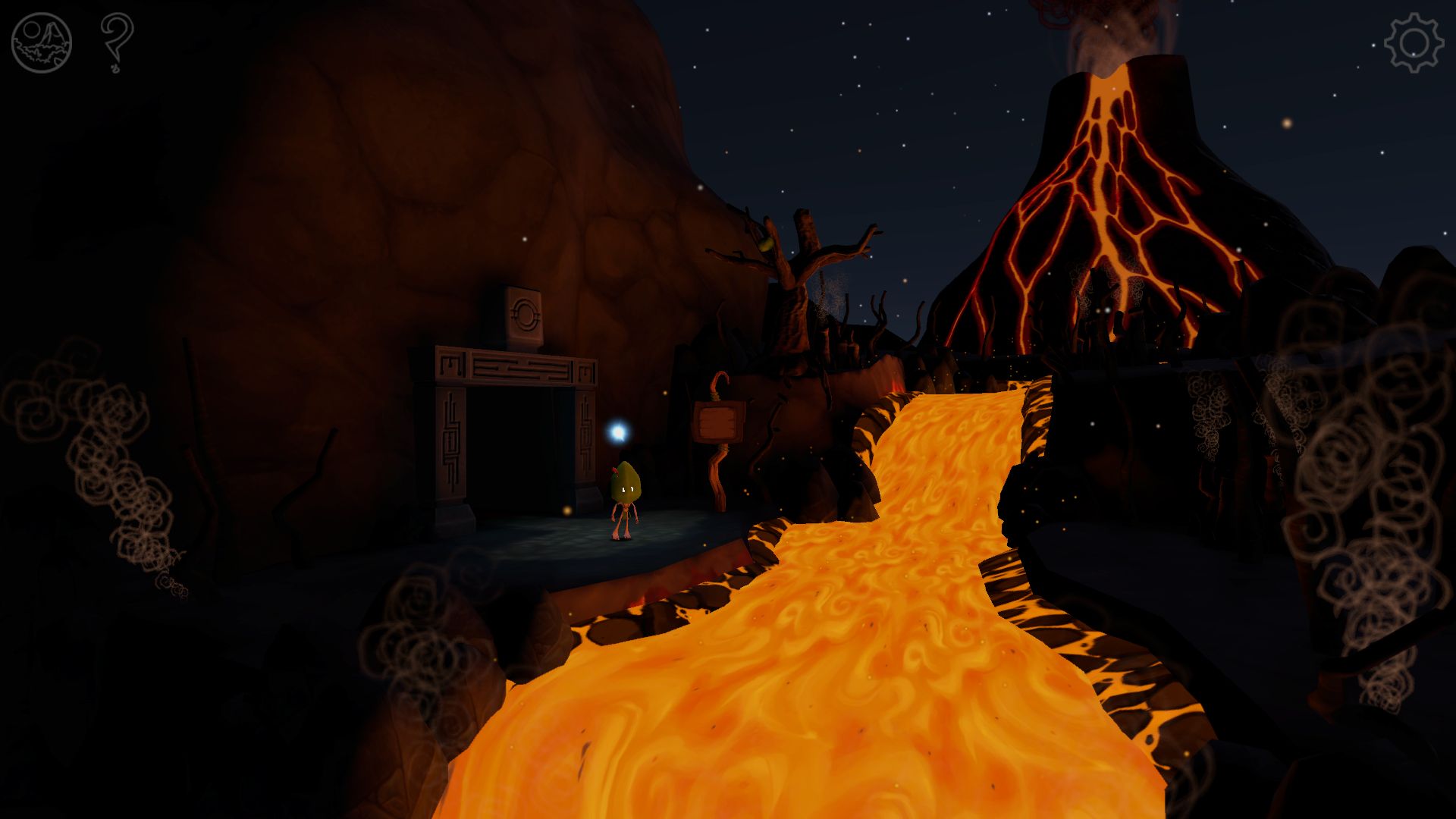 The puzzles that test the player’s reflexes and timing are the most frustrating due to the game’s clunky controls. The game only requires the use of the mouse, using left click to move or interact and right to trigger the challenge’s special ability. The scheme generally works well except for the timing-based puzzles in the courage section, as guiding Kirm and Mirk to the correct locations at separate areas can be unpleasantly challenging. The problem lies with the game’s painfully slow movement speeds combined with the rather small window of opportunity to successfully complete puzzles. The shooting star puzzle earns a special mention for being the worst of the timing puzzles. The hitboxes are much larger than what is displayed on screen and later portions require a good bit of waiting around for the right moment, making failure a long and frustrating trek back from the checkpoint.

Most of the game’s interactive hotspots are responsive. The vine walls in the courage section are the major exception. They have a very small hotspot that is unnecessarily fussy about responding to commands. The camera angles can be awkward at times. The angles make it difficult to navigate multi-area puzzles. Changing areas in these zones can sometimes cause Kirm to slow his casual jog down to a crawl, further exacerbating the game’s already slow pacing. 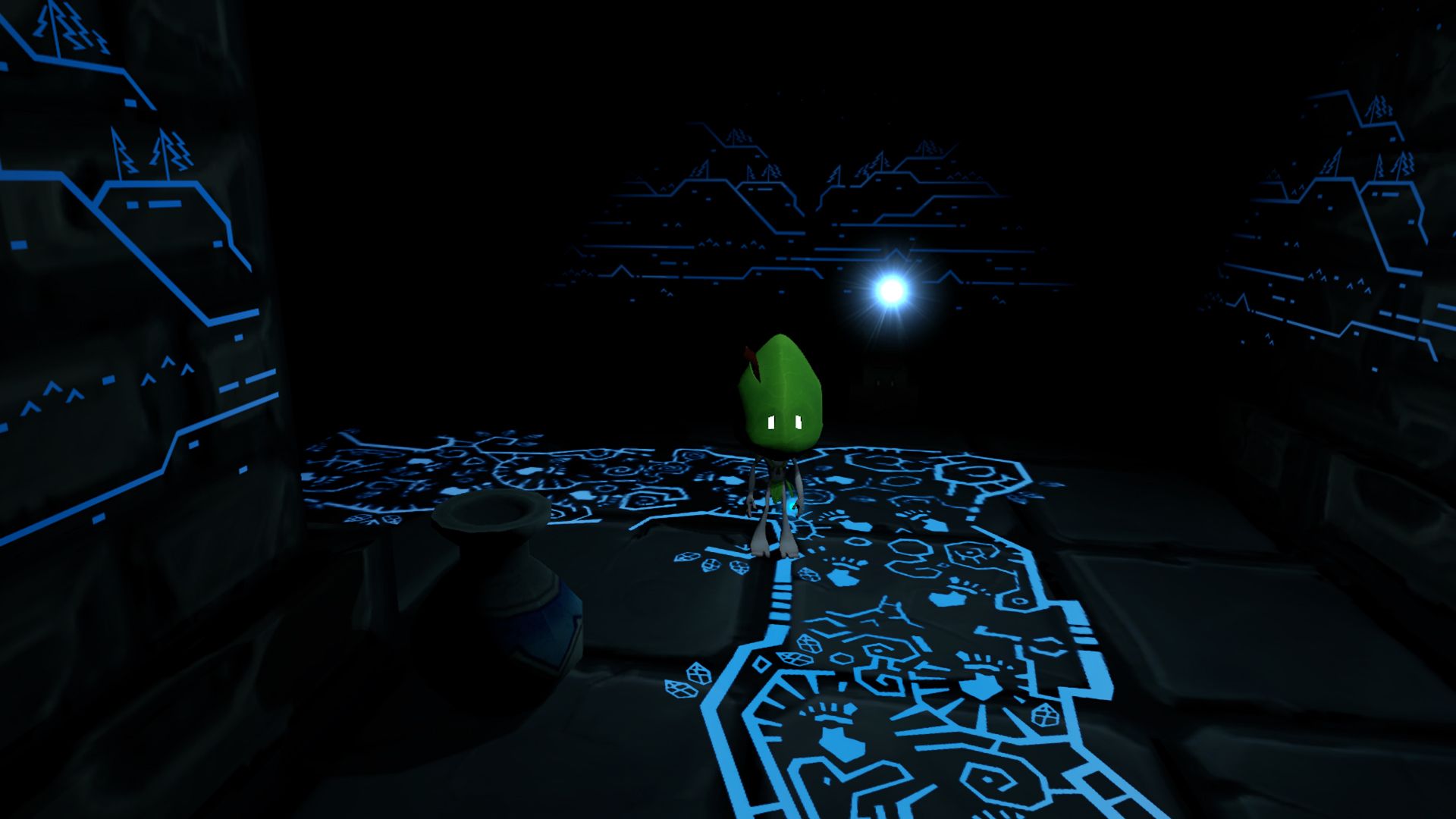 A Rite from the Stars is a simple, but attractive looking game. The art style is very cartoony with bright colours and exaggerated characters. The spirit challenge is easily the most eye-catching part of the game with a trippy atmosphere and off the wall set pieces.

The audio experience in A Rite from the Stars is excellent. The sound effects are solid. The voice actors do a great job of delivering their lines, sounding confident and fluent in the fictional Makoan language. I enjoyed listening to the soundtrack. The music is a playful mix that takes the classic video game soundtrack and infuses it with exotic instruments. 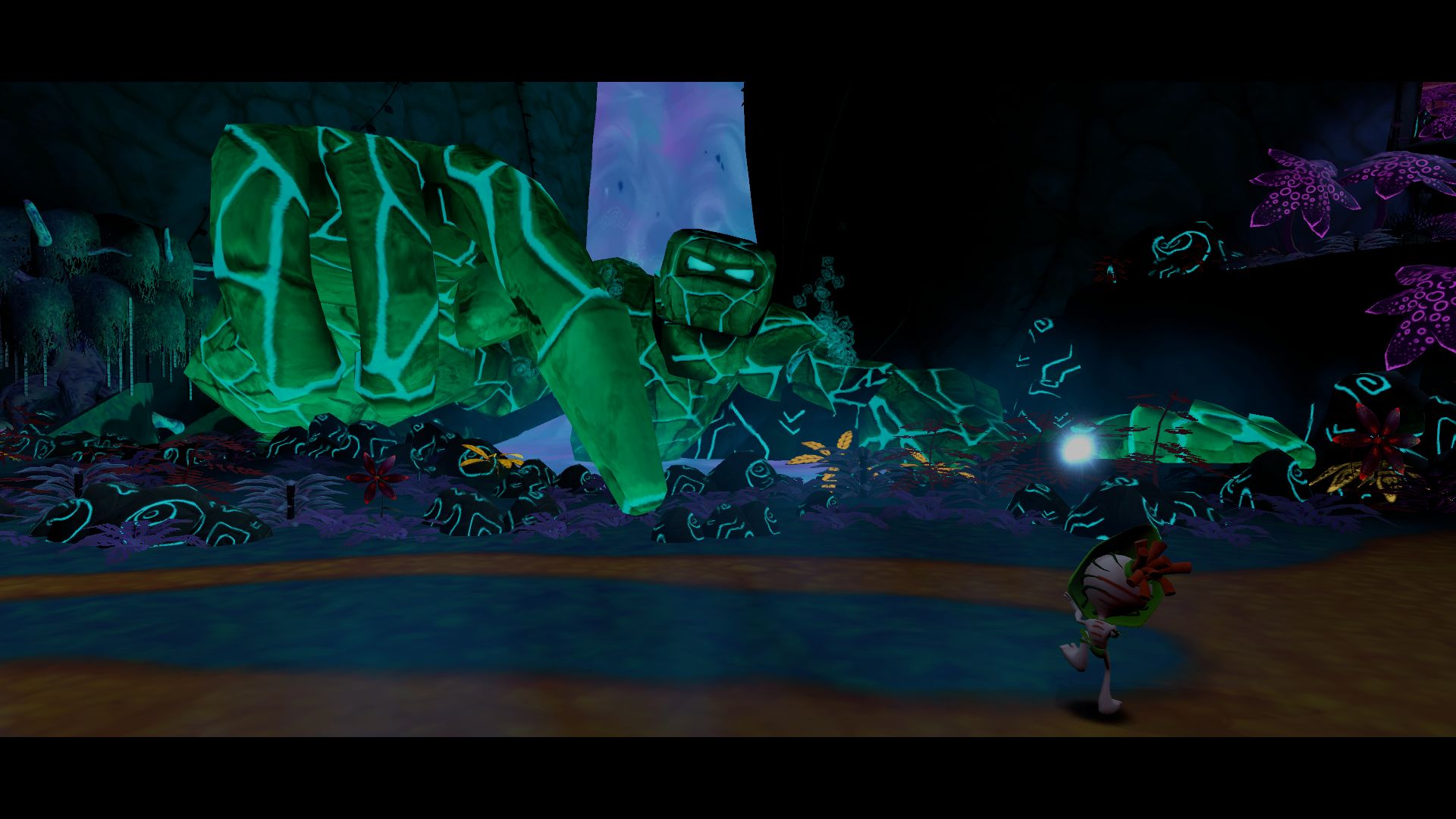 A Rite from the Stars has an interesting presentation and a handful of solid puzzles. While the brain teasers are fun, their shine is blotted out by the frustrating timing and reflex-based puzzles. The painfully slow movement speed and the repeated use of certain puzzles makes the game feel like a demo that was stretched out until it was long enough to be sold as a $15 USD game. I believe A Rite from the Stars would have been a much stronger title if a lot of the pointless travel were cut out and the courage section was trimmed down to its base puzzles and redistributed between the other two challenges. Drop the price to compensate for the much shorter length of the game, and Risin’ Goat would have had a much more polished title.