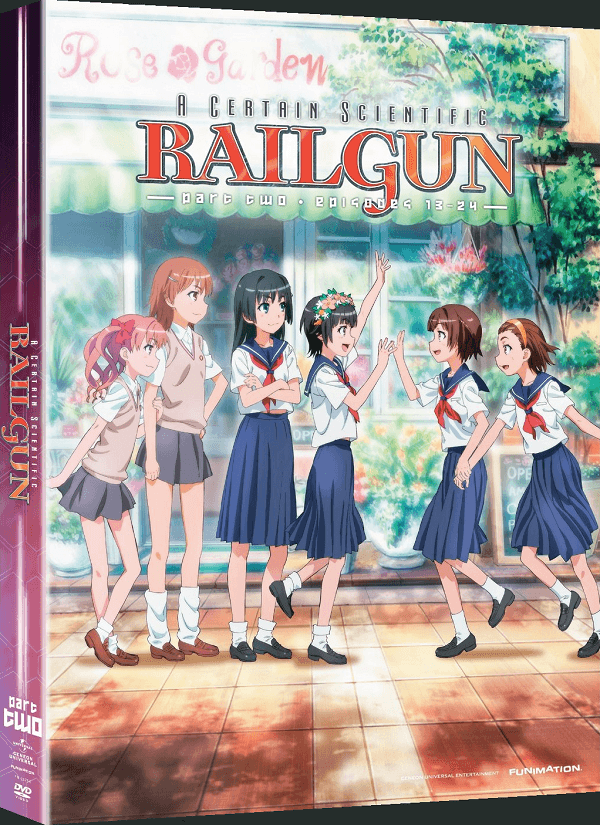 Overview:
So far A Certain Scientific Railgun has proven to be a rather enjoyable spin-off to A Certain Magical Index that manages to keep the focus solely on the science side of things. While thin on plot throughout Part 1, the charming cast of characters made up for the less than focused storyline. However coming off the events of the Level Upper incident, does A Certain Scientific Railgun: Season 1 Part 2 manage to continue the series well enough?

Story:
For those who may have, for some reason or another, avoided Part 1 of the Railgun release, it is highly recommended that you do so simply for continuity sake and because the events that occur during the only major story arc in Part 1 do continue on into Part 2, although it does take quite some time for those events to gain traction. 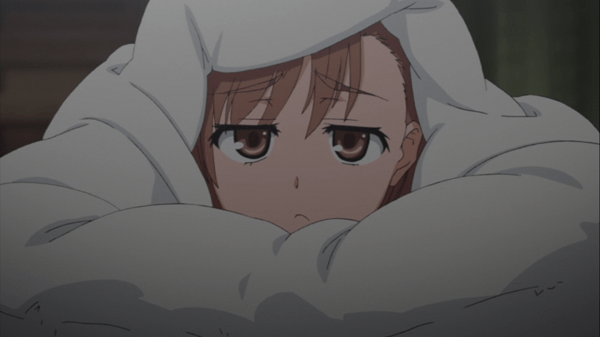 Anyways, A Certain Scientic Railgun’s second half decides that the best way to make up for the bit of dark drama that occurred during the Level Upper arc at the end of Part 1 is by immediately throwing a signature swimsuit episode at viewers. This sets the tone for almost everything that is Part 2 of the series, plot-light filler episodes and fluff that mostly focuses on developing side-characters in the story.

Indeed Railgun continues to follow the lives of Mikoto Misaka, the third strongest Level 5 Esper in Academy City, her friend/roommate Kuroko, a teleporter who works for Judgement, an organization that tries to keep the peace in Academy City by doing everything from cleaning up trash, maintaining order and capturing criminals, Kuroko’s co-worker and friend Uiharu and her friend Saten a Level 0 Esper. 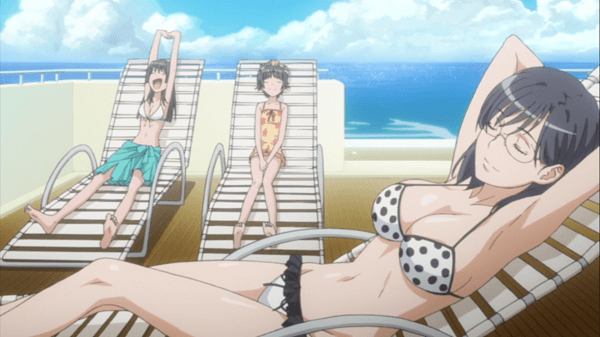 Railgun Part 2 follows a very similar pattern to the first half of the series, however rather than focusing solely on the four main cast members, other female members of the cast are given some minor story arcs. The problem with this is that this creates a slew of half-developed characters that simply seem to be part of the background and were used to take up time.

While this is nice change of pace at first, these side-stories begin to drag and eventually become rather boring now that the focus has been taken off of the main girls. Thankfully there is still some minor character developments in the main cast though most of the developments are focused on Saten and a previous antagonist is given a chance to redeem herself. 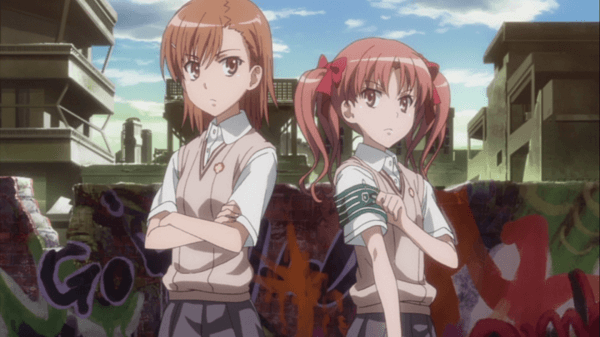 Ultimately Season 1 Part 2 drags it’s feet through the twelve episodes on this release by providing minor developments to side-characters that play almost no role in anime’s storyline. In fact, while the whole cute girls doing cute things is still prevalent in this half of the series, the amount has diminished greatly outside of the fan-service packed first episode of the release and a few smatterings here and there which is a shame considering it was another major plus for the series. This means that when the final story arc in Railgun Season 1 finally does begin, the amount of technical exposition is quite heavy and may be difficult to follow due to it’s rushed nature.

This arc does pay off on earlier developments in Part 1 of the series and wraps up with some rather amazing action sequences and although a bit cliché, viewers will likely be pleased with the way that the series’ ending is handled. It is also worth noting that, while the ending does leave things open for a sequel, viewers of Railgun can easily transfer into the Index series or keep an eye out for the Railgun S anime which serves as a sequel to this release.

Visuals:
One thing that A Certain Scientific Railgun excels at is facial expressions. Without a doubt the faces of the girls and the expression that they make are one of the biggest highlights of the series and that is by no means an over-exaggeration. While mid-distance shots do see diminished animation quality in character appearances, Railgun features a number of close-ups with overly cute facial expressions which are impossible not to enjoy. 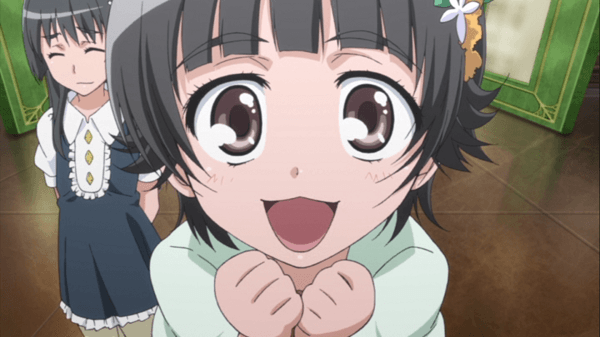 That being said, Part 2 of Railgun is more impressive than it’s earlier counterpart as far as animation quality is concerned. Perhaps it is due to the way that the second half of the first season is paced, but the animation remains rather consistent and is incredibly impressive during the anime’s action sequences, especially during Misaka’s fights during the final episodes of the release.

Audio:
FUNimation’s English dub of the series continues to impress throughout Part 2 of the release and it is interesting to note that the focus on more side-characters in this half of the story does help freshen things up a bit. However the main cast continues to steal the spotlight with their great voice work. While I was hesitant to accept Brina Palencia’s voice work as Saten in Part 1, she really does a great job with the character in this second half and along those same lines Alison Viktorin’s work with the overly perverted nature of Kuroko also comes into its own in this half of the season. Of course, for those who prefer the original Japanese voice track, it is still included in this release. 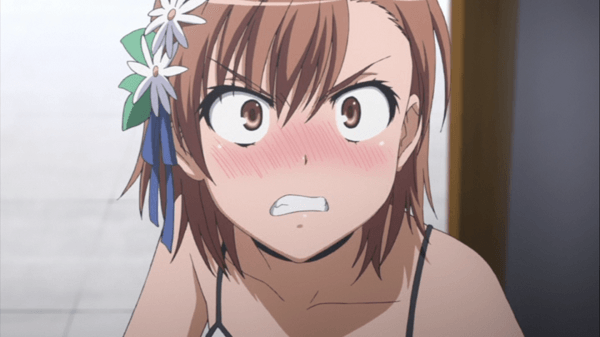 The background music throughout Part 2 remains largely the same as the first half of the season and works well when played during action sequences. The stellar opening theme “Only My Railgun” by fripSide returns for a few episodes on this release while “Dear My Friend” by Elisa also remains the closing theme for part of this release. They are then replaced by “Level 5” which is also by fripSide as the opener and “Real Force” also by Elisa as the closer, both of these tracks are nicely handled, although “Level 5” isn’t as great as the first opening theme it is still an excellent fit.

Extras:
As far as bonus features go, A Certain Scientific Railgun Season 1 Part 2 comes with a few more bonuses than Part 1 but they still are nothing truly special. There are clean versions of both opening songs in the series as well as clean versions of both ending songs which is great for fans of the series’ themes. Joining these we have trailers for other FUNimation releases, the US trailer for the release as well as two episode commentaries. 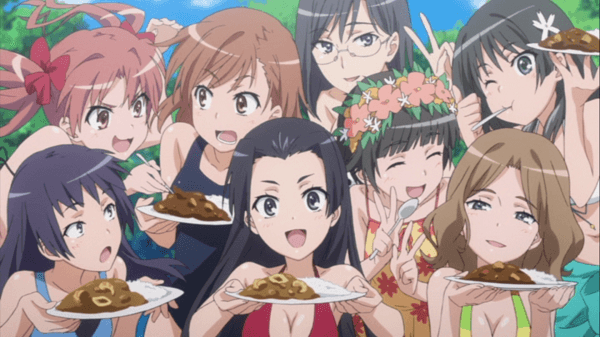 The first episode commentary is for Episode 17 and features Jad Saxton who voices Komoe, Martha Harms who handles the voice of Yomikawa and Kara Edwards who voices Tessou. These three spend most of the commentary discussing the episode itself and how they voiced the various scenes that take place, though they do go off on a few interesting tangents here and there.

The second commentary track is for the final episode on this release, episode 24. It features Zach Bolton who was the Dub Director for the series, Colleen Clinkenbeard who handles the voice of Therestina and Anastasia Munoz who voices Kiyama. Similar previous commentaries we follow the cast as they discuss the episode in a mildly entertaining manner.

Overall:
A Certain Scientific Railgun’s biggest strength is the adorable main cast of characters that were developed so well throughout Part 1 of the series. However throughout Part 2 the plot slows to a crawl and viewers are left with a number of half-developed side-characters that finally culminates to a rushed major story arc. While Part 2 sports an equally impressive English dub and better animation than the first half of the series, the series’ lack of focus is very apparent.

This is very disappointing because there is a lot of unexplored potential here with Misaka and the girls as well as the series’ focus on the scientific side of the Index franchise but thanks to the lack of focus, little of it is explored despite the length of the season. Despite my complaints however, I still found Railgun an enjoyable and charming series that, despite struggling with pacing, managed to offer an enjoyable spin-off to the Index franchise that focuses on one of the most memorable characters in the series.