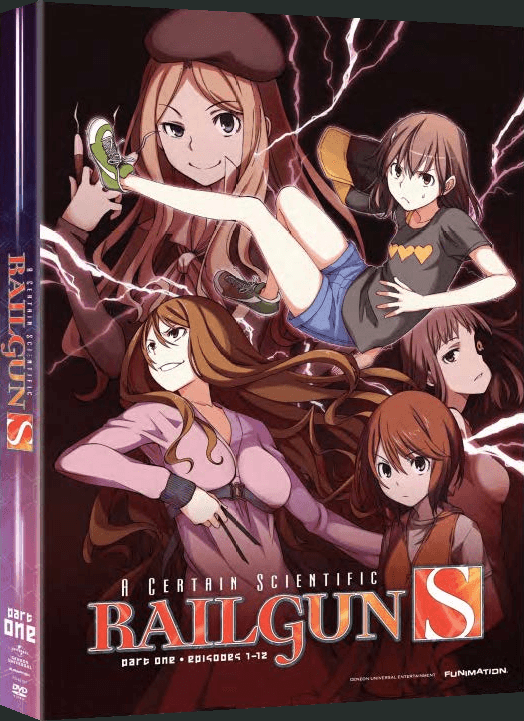 Overview
A Certain Magical Index and its spin-off series following Mikoto Misaka have proven themselves to be quite popular in Japan with each series getting two anime seasons so far and both continuing in their long running light novel and manga origins. While the first season of A Certain Scientific Railgun was released originally in Japan back in 2010, North America saw the English dub released back in 2013 so we did not have to deal with the three year wait in-between seasons. Instead a little over a year later we have the first half of A Certain Scientific Railgun S now available in English. While the first season may have left something to be desired, does this second season start out right?

Story
Misaka and her friends have had plenty of time to unwind and relax after the events from the last season. When this season begins Misaka crosses paths with another of the city’s other Level 5 espers, Misaki Shokuhou, in what seems like a strange detour as she is never brought up again from that point. Anyways, Misaka, Kuroko, Saten, and Uiharu have become friends with the young girl Banri who is still hospitalized after the events from the first season. Despite starting as a simple hospital visit, a group of criminals who are trying to escape from the hospital via a helicopter must be stopped by Misaka’s powerful abilities as she makes use of her signature railgun. 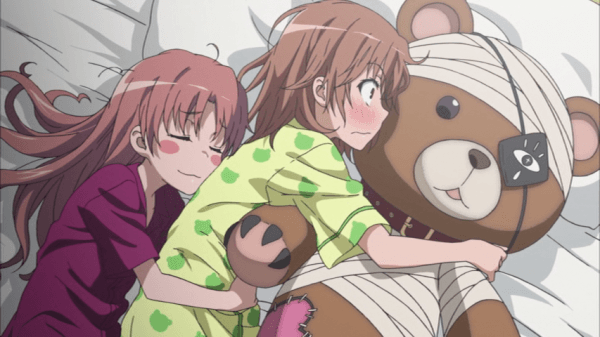 This only serves as the basic opening however for something much more sinister growing in Academy City, as Mikoto dreams of a time in her past where she allowed scientists to make use of her DNA to cure a crippling disease. Shortly after this, she begins to hear rumors that a girl very similar looking to her has been seen in various parts of the city and when even Saten mentions seeing her, these rumors start to become genuine.

Even when these rumors of doppelgangers are pushed to the side by people searching for hidden money in the alleys of the city where cameras cannot see, it all culminates in the fact that something dark is happening and as Mikoto continues to delve deeper into this mystery, she finds a horrifying truth. Not only have clones of her been made without her permission, but because these clones could not replicate her Level 5 abilities, they are being used in an inhuman experiment meant to create the very first Level 6 esper. 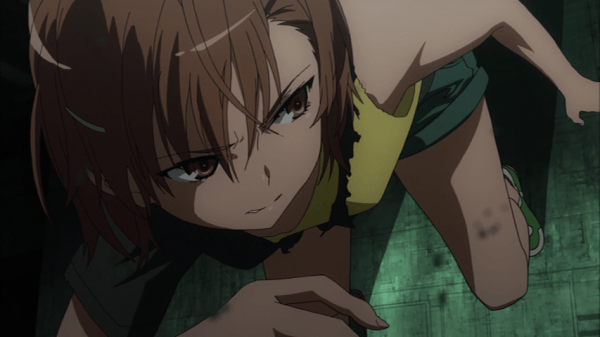 When she learns this truth and witnesses what is happening to her clones, the Sisters as they are called, Mikoto resolves that she will do whatever it takes to put an end to this despicable experiment, even it if means leaving her friends in the dark and fighting against the strongest espers and mercenary teams that the experiment’s masterminds can muster.

Those who have already seen A Certain Magical Index will know what the Sister arc involves and how gruesome some of the details were, but that was only presented from Touma’s point of view which left a number of details still up in the air. In A Certain Scientific Railgun S we see all of these details as well as the emotional impact it has on Mikoto as she learns about the project and has to come to grips with what is happening to these clones that she unintentionally helped create. 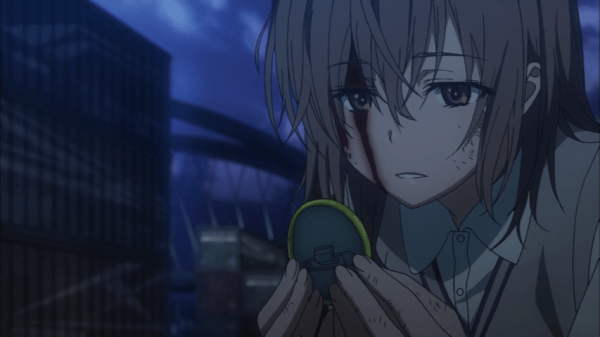 This season deviates heavily from the formula presented in the first season, as almost everything beginning from the second episode on in this release drives the Sisters arc forward as we slowly learn the details of how these MISAKA clones were created and how they are being used in the experiment to create a Level 6 esper to coming face to face with Accelerator for the first time and how Mikoto must start eliminating all of the bases that are involved with these experiments, which culminates in some of the most impressive looking battles of the Railgun series.

The only issue with the Sister arc is the fact that the rest of the core cast is more or less side-lined as the story moves forward and exposes a side of Misaka we haven’t been shown before. There are some elements showing that Kuroko trusts that whatever Misaka is doing is for the best, but those looking forward to the main cast spending much time at the forefront will be disappointed at the fact that they play a very small role in the release. There is also a decent amount of humor to be had here and there, especially whenever Misaka interacts with one of the MISAKAs but this release has a far darker tone than what was previously shown. 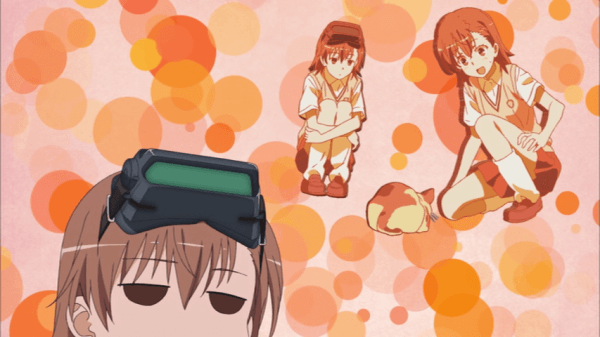 That being said, the Sister arc is also one of the best from the first season of the original Index series and the fact that this arc is delved into deeper than ever before and fills in the various blanks that were left from the original makes this release one that fans of the franchise should not pass up on. It really shines a new light on Misaka as we see her having to deal with both the physical and mental struggles of trying to put a stop to the abhorrent experiment and save the Sisters from their planned fate, even if the story arc doesn’t wrap up in this first half.

Visuals
As I mentioned earlier, A Certain Scientific Railgun S Part One features some of the most impressive battles you will find in the series so far. The reason for this is not only because Misaka makes use of her electric powers in new and unique looking ways, but also thanks to the numerous powers her opponents are able to wield and how impressive J.C. Staff handled the entire thing. These action scenes are great to watch and are a real highlight of the series, especially when Misaka battles against ITEM, whose team consists of a girl with a knack for explosives and another Level 5 capable of wielding lasers to a deadly level of precision. 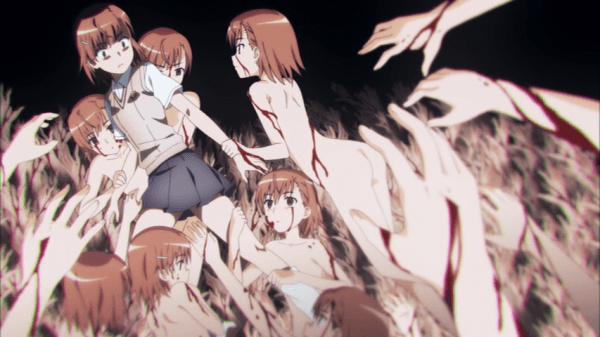 The rest of the animation style and character art remains fairly consistent from the first season as the character designs are as similar looking as ever and the few newly introduced characters not having much time to really stand out. It is worth noting that there is a bit of gore as Accelerator is rather brutal when it comes to dispatching the MISAKAs, but it isn’t overly detailed to the point of becoming gross.

Audio
The English voice cast from the first season returns to reprise their roles in A Certain Scientific Railgun S Part One and as such the cast continues to fit in well with their characters. One must also really applaud Brittney Karbowski’s work with the series considering the sheer amount of lines she had as she not only voices Misaka, but also all of the clones as well. As standard, the Japanese voice track is also available for those who prefer that option. 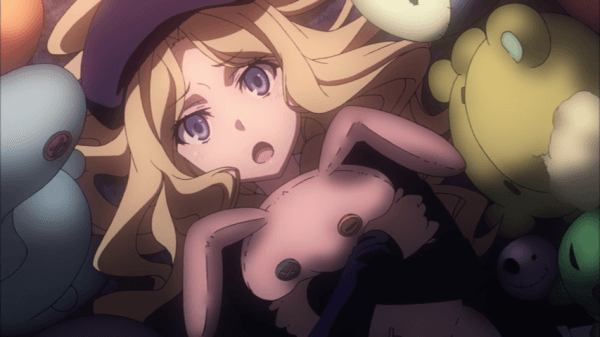 The background music used throughout the first half of the series is what fans have come to expect from the series and doesn’t really make any lasting impression. On the other hand, “Sister’s Noise” by fripside, the opening theme for this release, is easily one of the best opening themes the series has had, rivaling that of the first season’s “Only my Railgun.” The ending theme for the release is a calmer and more simplistic “Grow Slowly” by Yuka Ugachi.

Extras
A Certain Scientific Railgun S Part One comes with the standard array of bonus features that FUNImation includes on the disc. There is a clean version of “Sister’s Noise” as well as “Grow Slowly,” two episode commentary tracks, the US trailer for the series, and trailers for other FUNimation releases. 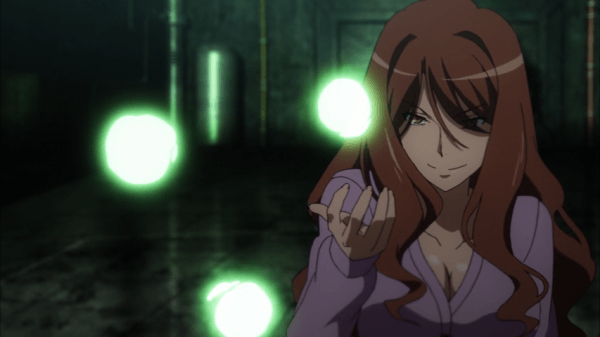 The commentary tracks are for episodes 5 and 7 with the first commentary featuring Brittney Karbowski, who we mentioned earlier voices Misaka and the Sisters, and the second commentary includes Alison Viktorin who handles the voice of Kuroko and Jerry Jewell the series’ ADR Director.

Overall
While it sacrifices some of its humor and its light-hearted nature to do so, A Certain Scientific Railgun S Part One successfully takes one of the best arcs of the original series, the Sisters arc, and expands upon it in not only detail but also by revealing how hard Mikoto has had to struggle with the emotional aspect of such a terrible experiment occurring in the city around her. While there is some crossover with the events of Index, and will be as the arc continues into Part Two, the amount of detail, development, and action present in A Certain Scientific Railgun S Part One makes it more than worthwhile.