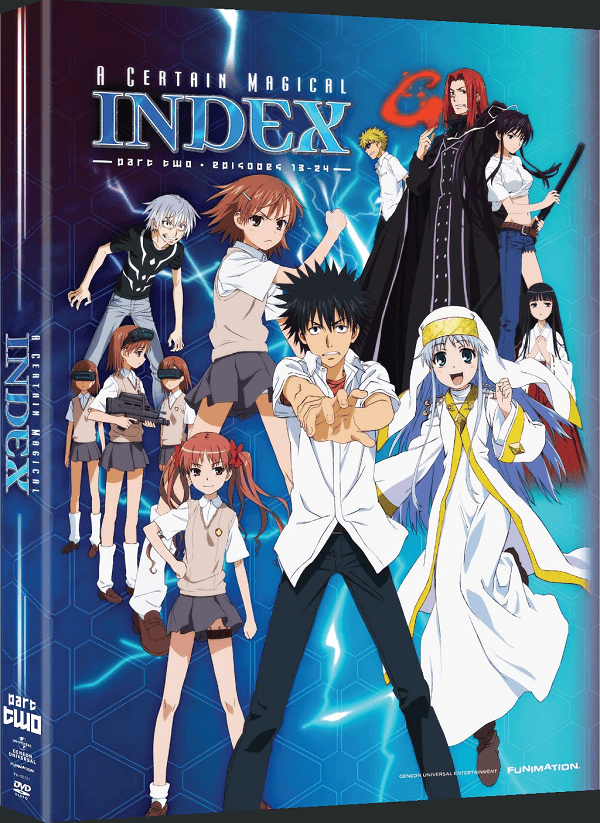 Overview:
There are a few forms of entertainment which have tackled the combination of technology and magic in the past, with some stories allowing the two to co-exist and work together with no issues while others tell that magic is the mortal enemy of anything scientific. In Part 1 of A Certain Magical Index, the review of which can be found here, we’ve seen Toma Kamijo overcome a number of enemies both magical and scientific in what was a great start to the series. However can the series remain outstanding throughout the second half?

Story:
Toma Kamijo is considered one of the weakest citizens of the technologically advanced Academy City thanks to the fact that many residents of the city possess special “esper” abilities which allow them to perform supernatural feats. Unfortunately for him, Kamijo only possesses one power which is kept secret from most of the city, the power to cancel any supernatural power, be it from an esper or from a magician, by simply touching it with his right hand. When a nun named Index bites her way into his life, Kamijo must face down not only the magicians chasing her, but also other “espers” within Academy City which have begun running rampant. 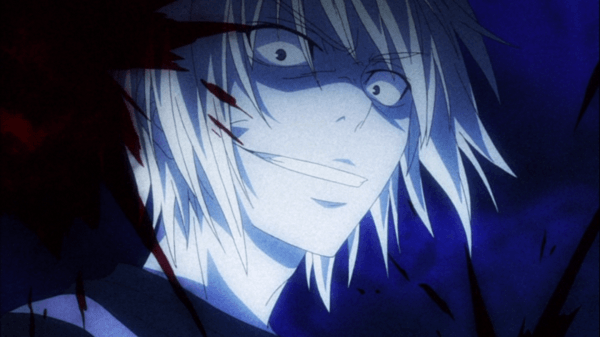 Before we begin, it is worth noting that the following review may contain minor spoilers over the events that took place during Part 1 of A Certain Magical Index thanks to the fact that the story picks up immediately from where Part 1 ended, which happened to be in the middle of the Sister story arc.

This beginning arc of Part 2 pits Kamijo against Accelerator who is the most sinister enemy he has faced. This is not only thanks to the fact that he has been vaunted as the strongest esper in all of Academy City, but also because of his dark and twisted nature. While past enemies Kamijo have faced off against have been working towards an evil goal in one way or another, their aim was always to save someone. Accelerator on the other hand simply wants to become the strongest around and his harsh (partially psychotic) personality works as a good foil to Kamijo’s unwavering determination to help those around him. 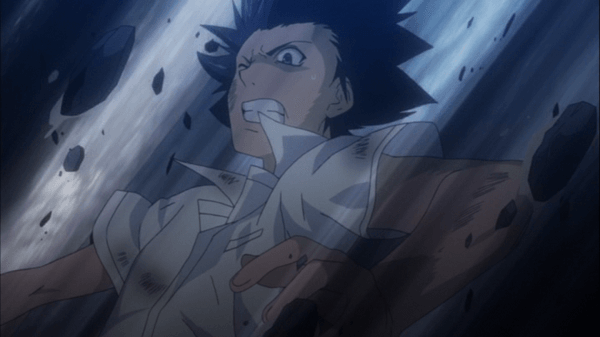 It is worth noting that Part 2 of A Certain Magical Index follows the same structure as before, where each story arc feels self-contained, with only certain characters involved at any given time and the rest of the cast set to the side for comedic relief. In fact, this becomes quite a habit with Index herself, as nearly all the story arcs present in Part 2 direct their focus towards either Kamijo assisting someone else or trying to keep her out of harm’s way by taking care of any magical or scientific issues on his own.

One thing A Certain Magical Index has to work with is a large amount of characters and while fans of the always hungry Index may be disappointed that she is spends much of Part 2 playing comedic-relief, it gives the other characters in the series some time in the spotlight, much to the show’s benefit.  While Index is a great character, she quickly becomes overshadowed thanks to developments involving Misaka, Kaori and a few other characters which are introduced throughout the story arcs in Part 2. 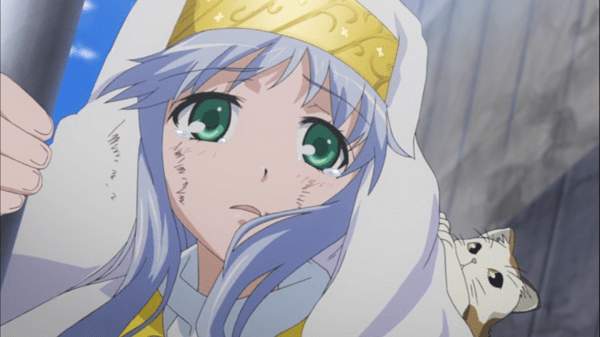 It is worth noting that compared to Part 1, Part 2 actually contains more technical terms and explanations in-between battles but unlike the first half of the series, a few of these technical terms and magical orders of the church can easily fly over a viewer’s head, even with a decent amount of explanation. This is due to the fact that the series continues to try and balance plot development, action and exposition throughout the second half of the series and the explanation of events begins to fall to the wayside the further the story progresses. 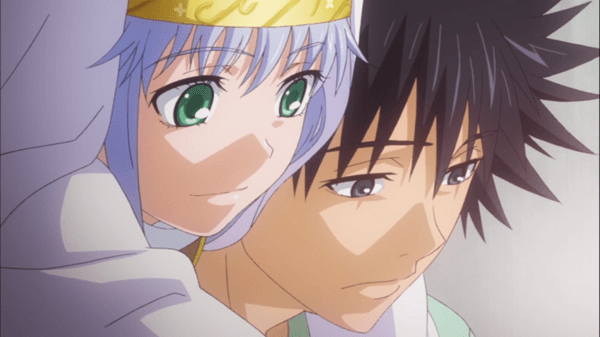 Complicated explanations aside, A Certain Magical Index Part 2 manages to provide plenty of humorous moments, including some absolutely hilarious developments at times, intense combat sequences and a swiftly moving plot that begins to branch out and grow larger than just one man protecting a nun. Kamijo’s actions have caused the balance between the magical world and the scientific one to shift and as both sides begin to view him as a threat, Kamijo’s bad luck may just affect those around him as well and with a second season waiting to be licensed, an ally missing and other forces in the world moving behind Kamijo’s back, viewers will be left hoping for more once the credits begin to roll.

Visuals:
Part 2 of A Certain Magical Index continues to follow the trend set by the first half by providing impressive battle animation though it appears that the animation studio, J.C. Staff, chose to put more effort into making mid-range shots of the characters retain the same quality as the rest of the series as I noticed barely any quality drops compared to Part 1.

That being said, A Certain Magical Index Part 2 contains even more intense fights than the first half and viewers are actually thrown right into one of the more physical fights of the whole series between Kamijo and the deranged Accelerator who has wonderfully psychotic facial expressions. In fact, the facial expressions of the whole cast are impressively handled and the character designs continue to impress as newly introduced characters have detailed and memorable outfits. 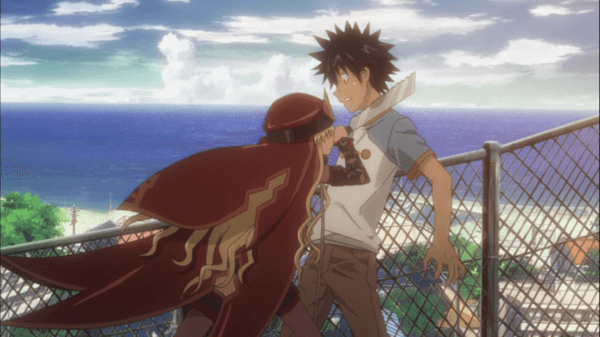 The series does some to love action at night or in dark places however, as throughout Part 2 there is only one action sequence which does not occur in a dark area. As mentioned in Part 1, this is great for setting the mood but it begins to be repetitive despite the fact that each fight takes place in a different spot in Japan.

Audio:
Similar to Part 1 of A Certain Magical Index, Part 2 features both the English and Japanese dub cast and the same level of quality is presented for the already present characters introduced in Part 1. However a number of characters introduced in Part 2 have some unfortunate dub issues. To be a bit more specific the voice actor, Austin Tiddles, cannot reach the same levels of insanity that the original Japanese voice actor managed to put into Accelerator’s voice work, though he works well with later Accelerator appearances and while Karbowski does a good job with the Mikoto Misaka’s voice and the Sisters, her Last Order voice work is extremely similar to the standard Misaka voice, which given the fact she is a younger character, the voice work feels strange and out of place. 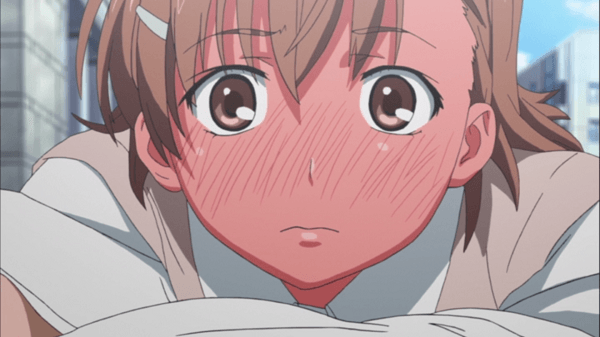 The series manages to retain an impressive level of background music throughout the second half of the series, including a gorgeous background song which plays during the final two episodes of the series. As for the opening, Mami Kawada’s killer song “PSI-missing” is also played for a few episodes of Part 2 and is replaced by “masterpiece” which is also sung by Mami Kawada and is similar in style to the former song. The ending song, “Rimless~Fuchinashi no Seaki~ by Iku is used throughout most of Part 2 but is eventually replaced by the better sounding “Oath~ Just a Little Once More~ (Listed as “To aru Majutsu no Index” on disc).

Extras:
A Certain Magical Index Part 2 features some rather standard bonus features and is unfortunately missing something that many fans would have expected in this half of the season. The extras included with Part 2 are both textless opening songs featured in the series as well as creditless versions of both closing songs, the US trailer for the anime and trailers for other FUNimation. However the comedic “Index-tan” bonuses which were part of the first season’s original release in Japan have not been included in this release.

There are also two commentary tracks provided, one for episode 14 and for 23. Episode 14’s commentary features Brittney Karbowski, the voice of Mikoto Misaka as well as her Sisters and Last Order, Austin Tindle who voices Accelerator and Micah Solusod who handles Kamijo’s voice. The three follow the episode almost to the letter by commenting on the events occurring on screen, which actually turns out to be rather funny but a bit podcast-esque. They also mention how the editors would insert loud “YEAH”s whenever a cat’s mouth opened to scare the actors. 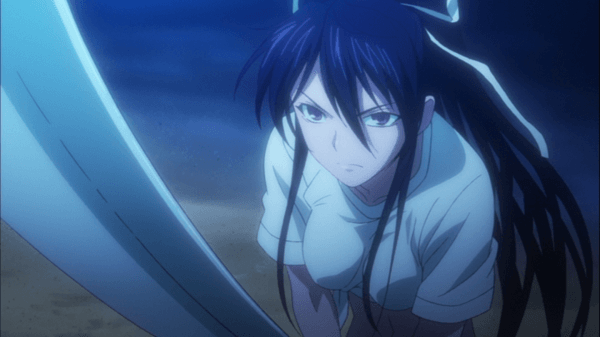 Episode 23’s commentary features an all-female commentary cast with Monica Rial, the voice of Index, Stephanie Young, who voices Sherry Cromwell as well as the voice of Hyouka, Alexis Tipton. The whole commentary session is very giggly and the three of them discuss the episode often while focusing heavily on Stephanie’s character Sherry. It appears the editors also really loved the cat joke since these three also mention the “YEAH”s and “Oh No”s played during recording.

Overall:
Part 2 of the first season of A Certain Magical Index continues to impress by offering an even more enjoyable story than what was found in the first half with a number of interesting developments that help develop the lovable cast of characters. Unfortunately, while Part 2 manages to remain consistently impressive visually, the stellar English dub suffers with the introduction of the Accelerator and Last Order voice work.