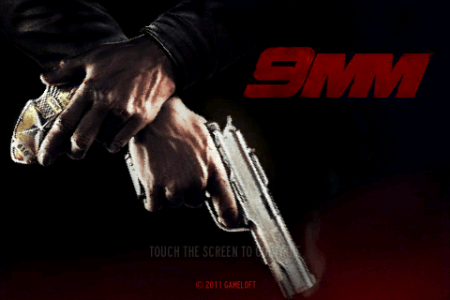 After killing the brother of a drug lord in a raid, John “Loose” Kannon and his team have a bounty on their heads. The only way they can keep not only themselves safe, but the whole town, is by stopping the drug lord known as El Diablo dead in his tracks. Gameloft’s latest game for iOS is a hard-boiled shoot-em up crime stopper the whole family can enjoy. On second thought, best keep the kids away from this one. 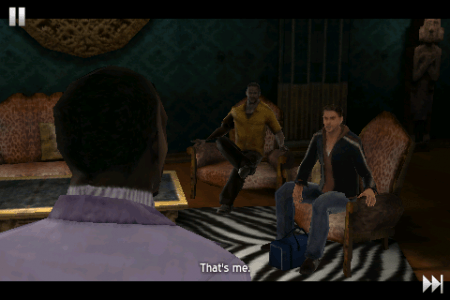 Keeping with the police theme, if you are a rookie to Gameloft games, then you probably won’t have the hang of their controls. Not to worry, it doesn’t take long to pick them up. Moving a finger along the left side will move Kannon around the game, there is also the ability to run by pressing a button, which comes in handy when you need to barge though some doors and dish out some butt-kicking. There is a fire button on the right hand side, next to a rather cool little button that will definitely help you along the way. Designed to look sort of like a clock, this button will slow time down and allow you to take aim and fire at any criminal scum who may come into your eyeline. For the most part, 9mm is a fairly typical Max Payne style game (and I stress the word game, it is not, I repeat it is not similar to the movie at all!) where much of the game is directed by blasts of gun fire. This ability to slow down time makes 9mm stand out from other games, allowing you to make some rather spectacular shots over large distances. These sorts of shots are generally rewarded with an equally cool slow-motion cut away to the criminal falling back as blood sprays from whatever new hole you may have created. Not only that, but by slowing down time and toggling the clock-like icon you can pull off some rather impressive dives, with both guns blazing. As gruesome as it may be, these little cinematic like qualities that are embedded in gameplay are one of distinguishing features of Gameloft games, and are also one of the reasons I have come to enjoy Gameloft titles so much. 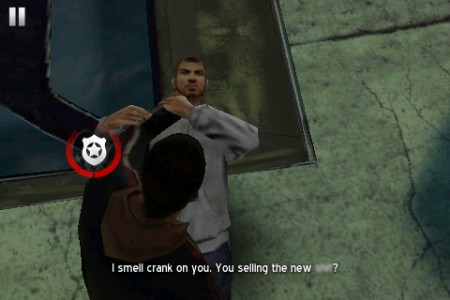 There is one element of the gameplay which I am not completely convinced by. 9mm tends to cut into the flow of the game by incorporating interactive cut scenes that have you pressing on screen buttons, or swiping in a certain direction to move the character. While they serve as a little break from all the running around and shooting, I’m not certain that’s actually what I want from the title. While the cut scenes are visually stunning, the interactive element takes away from their cinematic quality, making them a little slow and dull. However, perhaps incorporating these types of is a positive thing. An overload of cutscenes would get tiresome, as most of the game’s memory would be dedicated to animated scenes and the game would feel like running between segments, rather than actually playing through a narrative. Furthermore, if these little interactive moments were to involve more swiping or button-mashing, perhaps then it could take away from the genre of the game as a whole. As I said, I am not interely convinced by these small cut aways from the game, but will admit that I do enjoy them when they happen to crop up. 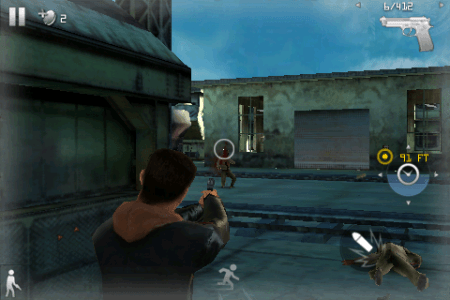 Gameloft are a game developer who are known for their countless delivery of quality games to mobile gaming devices, especially when it comes to graphics. 9mm is no exception to their growing list of visually stunning and detailed game worlds. Gameloft have also decided to showcase their graphical skills by incorporating a large number of cinematic cutscenes into gameplay. While the game might have a large number of cutscenes, they rarely distract from the gameplay itself, most often they occur at the end or beginning of missions, pushing the narrative of the game forward and justifying the actions that have just taking place, or motivating the actions that are about to occur. Of course, this is what any good cutscene should do, but Gameloft have a certain to charm to way they carefully integrate story into their gameplay. Given the high number of casual puzzle games on iOS devices, it is refreshing to play a title with an embedded narrative. 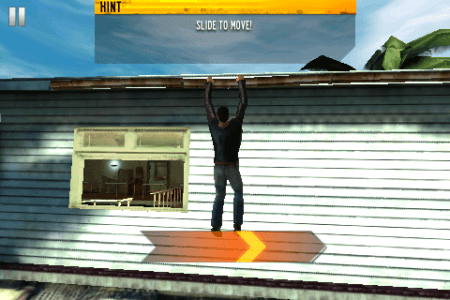 9mm has a unique hip-hop soundtrack, which while it might not be the type of music I would ever voluntarily listen to or even tolerate, it’s hard to argue against it being used as a backdrop to accompany kicking in doors and shooting up a crime lords hideout. I’ll admit some of the voice acting is fairly cheesy at times, but hey, it works. The characters are a hard bunch of cops not afraid to play by their own rules, which in turns might result in breaking someone elses, and the voices really capture this.

The dialogue might be cheesy, the characters might not be the most complex bunch of people you will ever come across and the gameplay is fairly easy to pick up, but isn’t that exactly what you expect, nay, want from a title like this. With his cannon in hand, Kannon cleans up the streets by making a mess, delivering a unique and entertaining game for Apple devices.