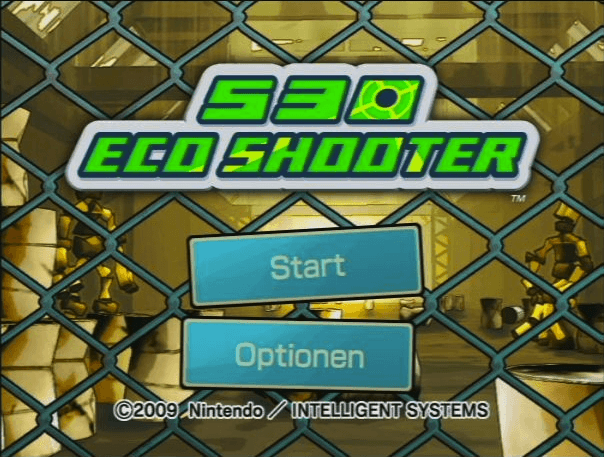 The wii console actually has a nice variety of rail shooter games for the platform, but out of all of them, 530 Eco Shooter is probably the most bizarre.  Your not shooting terroists, your not shooting zombies and your not just shooting targets in a shooting rage. Nope. Your shooting evil, animated cans that are trying to take over the world that also wish to kill you. Yeah, you heard right-cans! From tin cans to oil drums, your shoot killer cans. But it’s not completely lame, because their possessed by bad guy aliens called ‘cannoids’ or something. Before your completely turned off the game however, its developed by Intelligent Systems, who do the Fire Emblem and Advanced Wars Series, and 530 Eco Shooter actually includes a few rather unique and interesting features that saves the game from being just silly, and makes it actually pretty good for a Wiiware title. 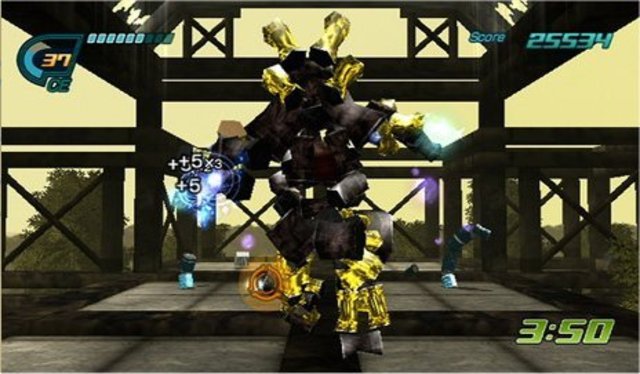 530 Eco Shooter is a little similar in a zombie shooter like House of the Dead, with enemies coming towards you or throwing projectiles and if they get within a certain range, they will attack cause you to loose energy, and if your energy is depleted, it’s game over. The interesting twist to this title however is its theme of recycling with the protagonist’s recycling gun. Firing of the weapon causes energy to drain, so a strategy is needed to decide between taking single shots or using rapid fire, as firing aimlessly could literally kill you. At first it may seem a little annoying, but really its encourages and rewards you for your accuracy rather than be randomly and aimlessly firing at random. So this doesn’t kill you though, you have the interesting idea of recycling opponents. After defeating someone, energy is left behind and can be sucked by your weapon to re-fill your energy. However, it can overheat so players must keep this in mind. This depth of gameplay in a rail shooter is really seldom seen and its really nice to see. A few negative points really bring the game down. Firstly your targets don’t stand out so your never really sure who, what or where your looking for and on some rare occasions it can be be an issue. Also, while the system is slightly deep and the ideas are original, your still just shooting cans. For the exception of bosses and a few select enemies, your never really feel threatened so even in hard situations there isn’t much of a thrill from shooting your enemies. Level design is also very basic and uncreative, which is a shame. Boss battles though are a bright highlight, filled with intensity and challenges, just the way they should be. Players can play with the Wiimote as well as the Wii Zapper, but it makes very little difference to the gameplay. Sadly, there’s no inclusion of a multiplayer or time trial modes which could’ve easily been added which could’ve made the game much more interesting. 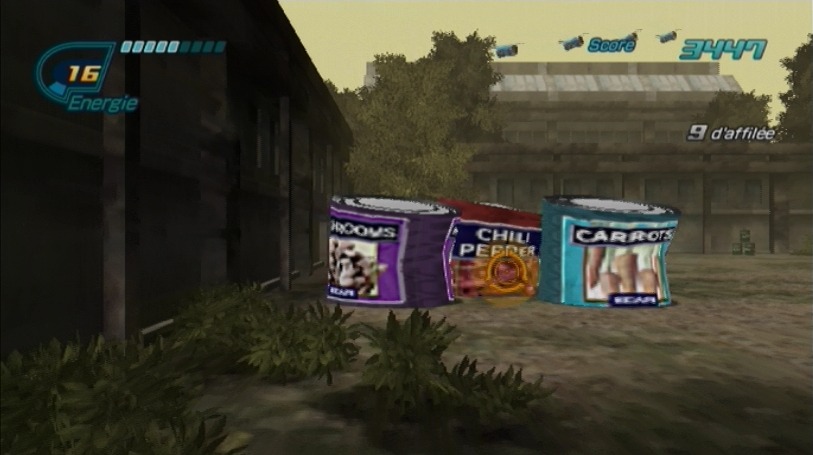 530 Eco Shooter has a nice recycling theme to it. Unfortunately there is no vegan punk rock sound track or Captain Planet cameos, or anything cool about the enviroment involved other than a gun. Oh wait sorry, it’s a Recycling Gun.

One of the highlights about 530 Eco Shooter is its done with 3D graphics, which arn’t commonly seen in Wiiware titles. The graphics are actually not too bad, and are on par with some average Gamecube and PS2 games. The textures arn’t the most impressive, but they do their job. The protagonist is nicely presented too. Its a shame however he is not seen in cut scenes to tie a story together which would’ve been nice, but its understandable as its just a Wiiware title. As previously mentioned, a big downer of the graphics is how your targets don’t stand out as much as they should, so your never really know what to shoot at. Audio is decent but nothing outstanding. Sound effects are ok and the music is fine, other than the theme song in the the main menu which I personally found very irritating, sounding like a jingle from a terrible detergent or fabric softener commercial, however some may enjoy it, it just seems out of place for a rail shooter title. 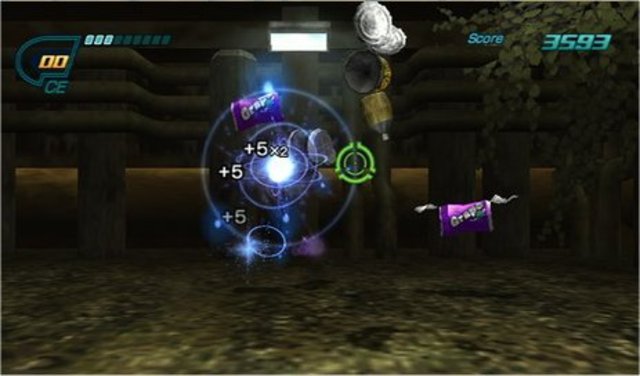 Remember kids: Recycle! Or your rubbish may or may not kill you!

530 Eco Shooter is not a bad game, its just not a great one. It’s nice to see decent 3D graphics in a Wii game, and it includes some interesting ideas into the gameplay which are very unique. Intelligent Systems took a risk with this game which is admirable, not everybody is going to choose to shoot flying pepsi cans over zombies and terrorists which is admirable, it just sadly didn’t pull through as an epic win for the Wiiware. Worth picking up for hardcore tigger-happy rail shooter fans, but I wouldn’t recommend killing for it.

530 Eco Shooter for the Wiiware gets a decent: