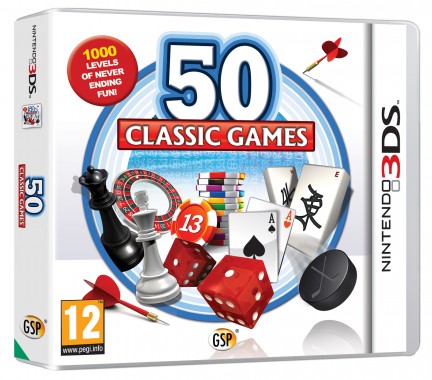 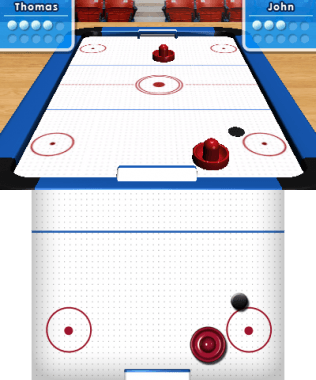 Overview:
You may remember we reviewed a similar mini-game compilation from the same publisher, 1001 Touch Games, the major difference being that was on the original DS whereas 50 Classic Games is a 3DS game. Now, I know you may be thinking “50 games doesn’t nearly compare to 1001”, but, as I established in its review, there wasn’t in fact 1001 individual games. The total there included the different levels within the same mini-game in order to generate such a total. The real total was probably more likely in the region of 50, or alternatively, if you applied the same practice of counting the levels to 50 Classic Games, the figure would be nearer to 1001.

Gameplay:
I don’t mean for this to be a comparison of the two games, but as they’re both very similar and both from Avanquest Software, I can’t help it. I am also going to start with a rather dull topic on the game: the menus. Although 1001 Touch Games’ menus were satisfactory, it seemed to lack finesse in the organisation department, as it seemed more like a mess of mini-games than a carefully maintained database. The menus in 50 Classic Games, on the other hand, are sleek and professional, putting 1001 Touch Games’ menus to shame. 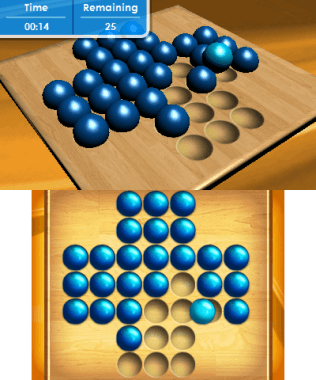 The 50 games are divided into four categories: Board Games, Card Games, Action and Puzzles. This makes it incredibly easy to go in and select the specific game you’re looking for, as there can be no doubt or confusion as to which box the mini-game you had in mind would be in. So there we are. Menus. It shouldn’t matter but it does. It just gives the indication of a higher level of polish, and there are even neat touches like marking played games with a star, which helps identify your favourites.

Now for the games, and boy is it a good collection. The four different categories ensure a fantastic range. Firstly, there’s Card Games, which is home to the likes of Blackjack and Texas Hold ‘Em poker, which are great to have access to for a quick game on the move, especially for those who enjoy these card gambling games more than your average person. Sadly, there’s no cumulative total of chips, which I’m sure some people would have found satisfying if it had been included.

However, it is a bit too easy to get a large haul of chips, for one single reason – and I’m not talking about being a good poker player. It’s easy to win in these betting games because of the weak AI. Unfortunately, the computer players seem to have been programmed to fold whenever you raise the stakes really high. Simply put, build up the pot by calling and betting small amounts, then when the pot is big enough, you only have to throw in all your chips and the computer players will chicken out to leave you with the entire pot. 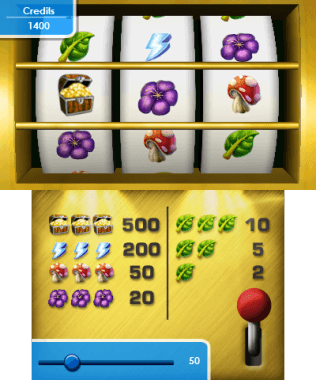 If anything, this weak AI draws attention to another issue: there’s no multiplayer. It was disappointing to see it wasn’t included in 1001 Touch Games and it’s disappointing to see there’s no mention of it in this. This makes the weak AI a bigger problem than it needs to be. Half-witted AI is to be expected and isn’t a problem if you have the option of playing intelligent human players, but without multiplayer you are stuck with these morons, detracting from the gameplay experience a fair old whack.

Elsewhere, there are other top notch games in the other categories. Most of their success is down to the genius of the concepts behind the classic games, rather than anything on the developers’ part, though the conversions are still good, as all the rules come through in tact. For example, there’s chess, peg solitaire, battleship, match-3 – these games on their own can provide hours of entertainment, and they are only part of a wider package.

Then there’s the puzzles, which can last you ages thanks to many of them having multiple levels and difficulty settings. For instance, Mahjong has 300 different puzzles to work your way through. Occasionally there were issues with interpreting puzzles when they were too small or being looked at from an odd angle – Mahjong for the former and a crate-pushing game for the latter. 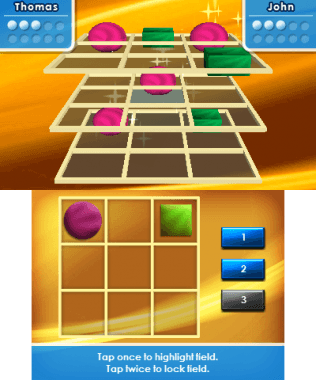 Visuals & Audio:
Through almost no fault of its own as it has merely tried to adapt to use the 3DS’ 3D upper screen, 50 Classic Games has jeopardised the functionality of some of the games for 3D. Most of the time, it’s just an ugly effect which it is advised you keep switched off, but sometimes, like in the aforementioned crate-pushing game, they have changed the game in order to suit the 3D. In that particular instance the game adopts an isometric diagonal viewpoint to emphasise the puzzle coming out of the screen at you, although what this does is make it fiddly to manipulate the puzzle using the circle pad from this angle.

However, visual problems aren’t commonplace throughout – it is just a select few games where problems have been caused by the 3D. Otherwise, the cross-use of the touch screen and the upper screen works well, especially on action games like darts and air hockey.

Overall:
Overall, another top notch game compilation from Avanquest Software. These really are classic games – of the lot, there are only a few duds. It’s not without its problems – the occasional visual difficulty, the at times mediocre AI, the lack of multiplayer – but the game is enjoyable in spite of them.