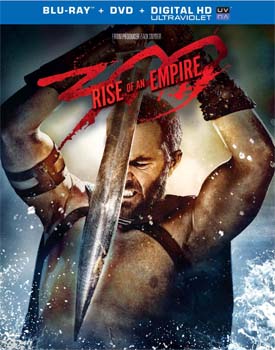 “THIS. IS. SPARTA!” The line that started it all and that turned a stylish action movie into a cult classic. 300: Rise of an Empire is the sequel to the 2006 film that gave us giant elephants, dining in hell and of course buff guys with swords. Taking the battle to the seas this time around provides for an interesting take on the mythos established in the first film and shows us more of what this world has to offer. It may not be as good as the original, but with a great villain and some really intense battles, it is still an incredibly enjoyable watch. 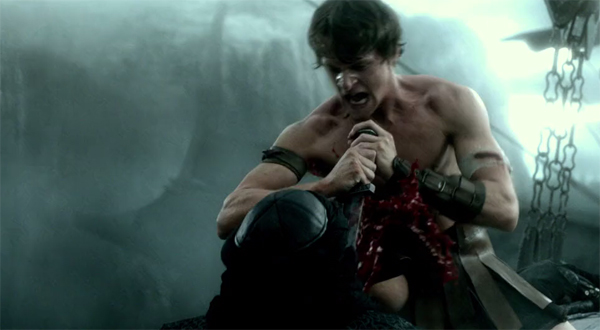 300: Rise of an Empire is set before, during and after the events of the original 300 and tells the story of how Xerxes rose to power, and of the battles of Marathon, Thermopylae and Salamis. The plot centers around Themistokles (Sullivan Stapleton); an Athenian general who killed the original Persian King back in the Battle of Marathon and now wishes to unite all of Greece to oppose the Persian forces. Standing against him is Artemesia (played by Eva Green), ex-Greek citizen who after a lifetime of rape and abuse defected to Persia and quickly rose the ranks to become one of their finest generals.

To separate itself from the original film, all of the battles take place in the waters. However, similarly to the original movie it is filled with the Greek forces using clever tactics to outdo an enemy with vastly superior numbers. Themistokles is a genius tactician and creates such maneuvers as a phalanx of ships, and retreating into the fog to lure his enemies into a trap. When he isn’t engaging in battle on the high seas, Themistokles travels to Sparta to hopefully enlist their aid in the war. 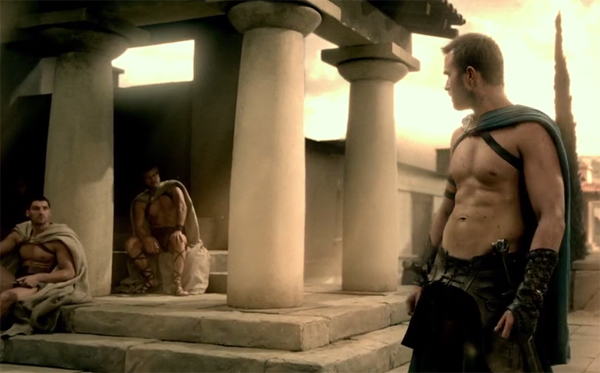 Themistokles is a bit of a dull lead role, never sharing too much emotion and his accent seems to fluctuate to and from Australian to Greek depending on the scene. However, Eva Green steals the show as Artemesia; bringing life and energy to the character as well as a deranged look that really makes her a commanding force on the screen. Although we follow Themistokles for much of the film, it is all about the women with Lena Headey’s Queen Gorgo filling a pivotal role in the plot. It is good to see two strong women in film, especially in such a male-dominate niche.

While the first film takes place over a few short days, Rise of an Empire spans a much longer time-period. Even excluding the early flashbacks, we see Themistokles’ journey and the battle itself taking several weeks. Due to this, we get small easter eggs and behind-the-scenes look at what was happening during the events of the first movie. For example, we get to see Themistokles interact with Queen Gorgo of Sparta (Lena Headey) during the time that Leonidas is seeking permission from the council to head to war.

Although we do get to see Xerxes’ rise to power, it is a very short sequence that basically ends up being; Xerxes takes a tip into a pool and comes out taller, balder and covered in bling. It doesn’t give any information about his status as a God-King or really provide any sense of character development. In the end, Xerxes’ character just feels like he is there to completely tie Rise of an Empire to the original 300. 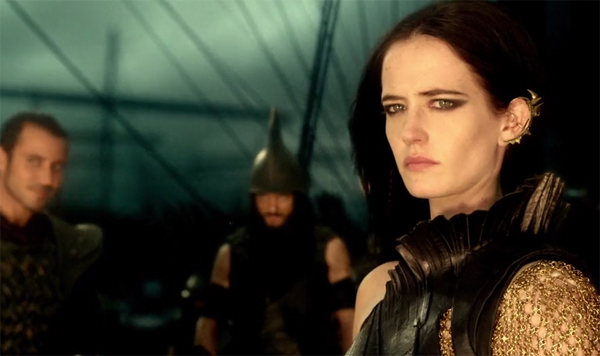 The first 300 grew to infamous popularity largely due to its highly stylised and violent battle scenes. Making use of highly choreographed fighting, well-timed slow motion action shots and an ample serving of blood. Rise of an Empire is no different and employs many of the same tactics as its predecessor, yet somehow feels a little more shallow in comparison.

One notable difference is the way blood is used. Even though it has been 8 years since the original 300, the blood splatters used in Rise of an Empire look a lot worse, oftentimes resembling a cartoon or last-generation video game. Part of the reason this happens was the fact that the film was originally presented in 3D and the blood was made to look like it was coming at you. Unfortunately in a 2D scenario, this is a lot less noticeable and makes the whole effect look rather dated.

While the blood looks a little lacking, the rest of the fighting looks amazing. It is well choreographed and just as stylish as the original. The addition of the naval combat allows for some unique and unexpected battles (including one that involves a horse) as well as being able to easily show the scope of the war at hand. While the original 300 Spartans always looked more powerful than their overwhelming foes, Themistokles’ 200 boats look like nothing in comparison to Artemesia’s 10,000.

The audio is about what you would expect from a movie like this; lots of yelling and screaming and battle cries. Don’t get me wrong, it works but there isn’t much to comment on. If anything is amiss it is the fact that Themistokles’ accent changes frequently which can be a little jarring and take you out of the moment for a short while. In the end though, it is incidental because the battles themselves (which lets face it, is what we watch these movies for) sound as great as they look. 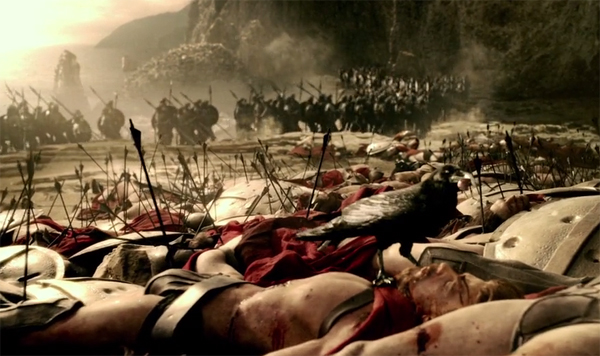 Sadly, 300: Rise of an Empire doesn’t feature any deleted or extended scenes, but that doesn’t mean it is want for special features. The disc is jam packed with behind the scenes footage, and featurettes that showcase the history behind the film and how it came to be.

The behind the scenes stuff covers everything from the training that the actors had to undergoe (including the story of Andrew Pleavin  30 pounds in four weeks to reprise his role as Daxis) through to the amazing work that the prop makers did to make and the special effects work that went into the film. The featurettes themselves focus a little more on the historical basis for both films (and obviously the books) including a look at the warrior women and the master tacticians of the past. These are all great to check out and even if you are a die-hard history buff who knows everything about Greece, you will still get a kick out of seeing how they brought the myths to life. 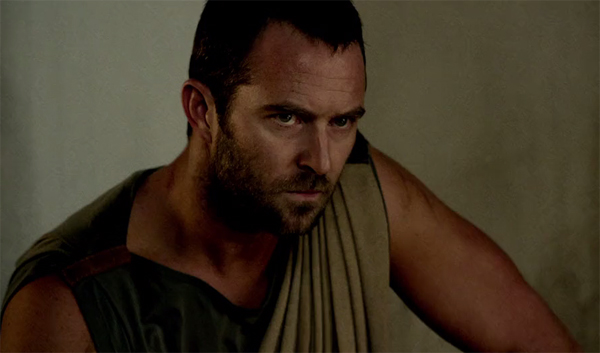 300: Rise of an Empire had a lot to live up to this year and while it may never reach the lofty heights of its predecessor, if nothing else it is an enjoyable and stylish flick. Themistokles may not be as exciting a lead as Leonidas, but Eva Green’s performance as Artemesia really steals the show and makes every scene that much more intense.  If you just want more “300,” then you absolutely can’t go wrong.