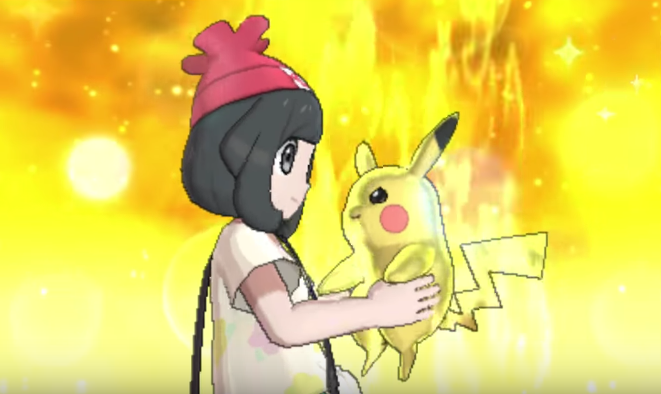 The latest Pokemon Sun & Moon trailer has been released and shows off some interesting new Pokemon, new split evolutions for Rockruff, some of the fashion options for your trainer and more. 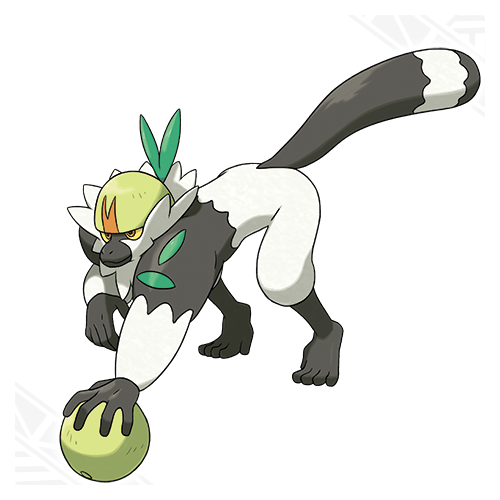 We got a total of 3 new Pokemon in this trailer and unlike the last few divisive designs these ones seem a lot more traditional. Passimian seems to be based off a lemur and is a Fighting type. It has a brand new ability called Receiver which allows it to receive it’s partners ability when it’s partner faints in a double battle. 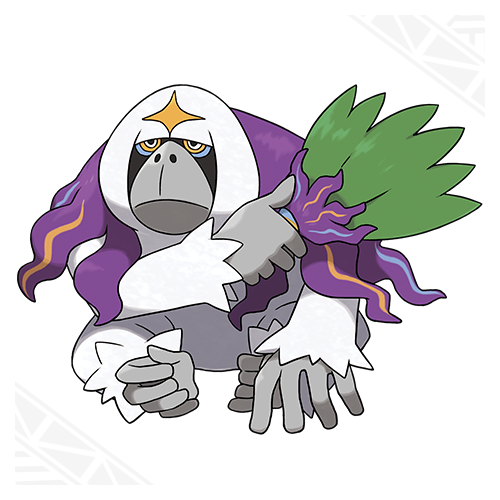 Oranguru is based on an orangutan and is a Normal/Psychic type, lowering it’s weakness to the Fighting type and also giving it a handy Ghost immunity. It can have the abilities Inner Focus or Telepathy. It is the only Pokemon (aside from Smeargle with Sketch) that can learn a very interesting new move called Instruct, which allows the targeted Pokemon to use it’s last used attack instantly which has a lot of potential in double battles. Passimian is exclusive to Pokemon Sun while Oranguru is exclusive to Pokemon Moon. 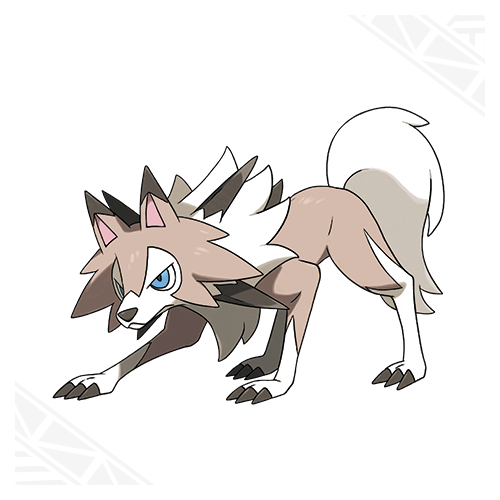 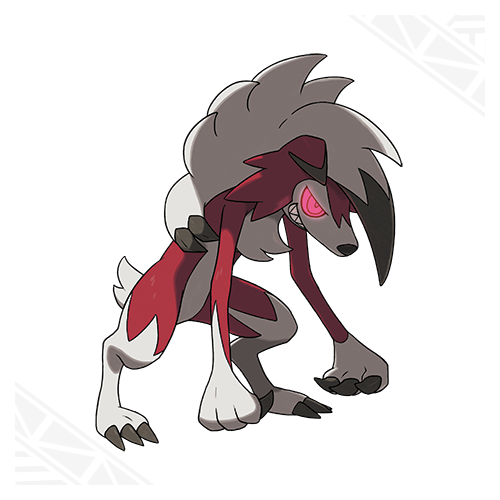 The cute Rock Pokemon Rockruff has a new evolution called Lycanroc which has two forms depending on which version it evolves in. It evolves into it’s wolf looking Midday form when evolved in Pokemon Sun and it’s werewolf looking Midnight Form when evolved in Pokemon Moon. The Midday form has access to the Keen Eye and Sand Rush abilities while the Midnight Form has Keen Eye and Vital Spirit. Both retain their Rock typing. 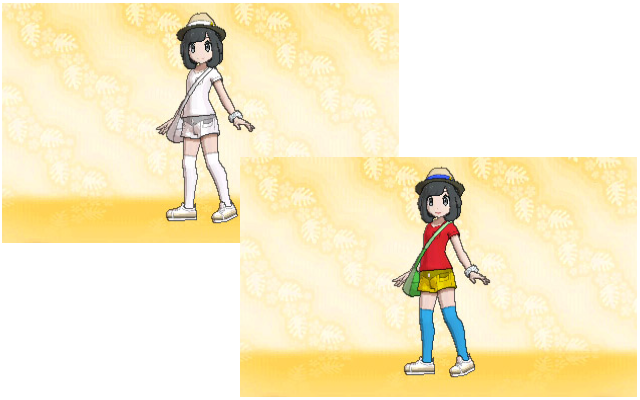 For you fashionable trainers Alola is home to many different types of styles that you can use to change your main characters look. Players can choose to wear a hat or not, change their hairstyle and colour and even use contact lenses to change their eye colour. There are a variety of hats, tops, pants and shoes to wear and there are also white versions of some clothes which can be coloured to your liking using dyes. 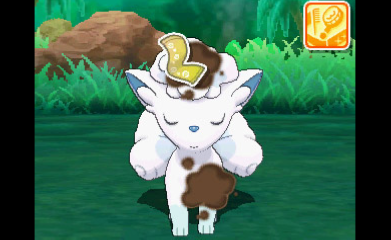 Fans of Pokemon Amie will be glad to hear the feature is making a full comeback with a bunch of improvements. Now called Pokemon Refresh, Pokemon Amie now gives gameplay benefits such as being able to cure a Pokemon of a status ailment. Players can pat, feed and groom their Pokemon to increase the bond between them. 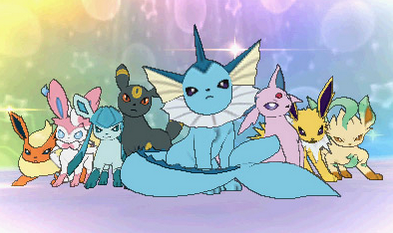 Lastly two awesome new Z moves were revealed for Pikachu and Eevee. When holding the right item, Pikachu will be able to perform the CatastroPika Z move which causes a lot of damage while Eevee can use Extreme Evoboost to gain a +2 boost in each of it’s stats. Make sure to check out both moves in the trailer below they look great. 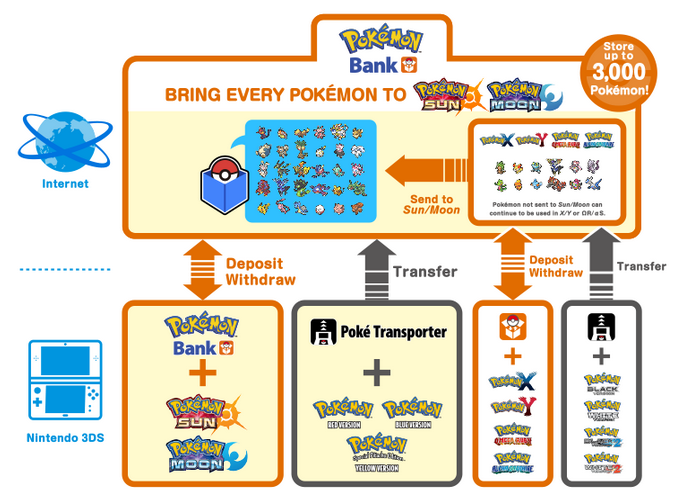 Lastly we got information on the latest updates to the Pokemon Transfer app Pokebank which was not shown in the newest trailer. The info-graphic above may seem confusing but I’ll break it down into as simple terms as possible. Pokebank is a free downloadable title with a cheap annual subscription cost that allows you to bring Pokemon from the Virtual Console versions of Pokemon Blue, Red and Yellow and all main series games from Pokemon Black & White onwards into Pokemon Sun & Moon but there are a couple of restrictions. Pokemon from the first generation titles can not be sent to any other generation apart from Sun & Moon. Any Pokemon sent to Sun & Moon can not be sent back to another game and as per usual, held items can not be stored in Pokemon Bank. This big Pokemon Bank update that will bring all this functionality is coming sometime in January next year and will also include a brand new Pokedex feature, allowing you to complete the Pokedex using every compatible game you own.

Pokemon Sun & Moon launches in most places worldwide on November 18th exclusively for the Nintendo 3DS. A new trailer will be released on October 4th at 10PM Japan Time. You can check out the most recently released trailer before the one below here.

Pokemon XY To Air On Cartoon Network In January