Fans of adventure games in general have been treated to what feels like a renaissance of the genre over the last couple of years.  Now adventure game fans have a couple more reasons to part with their hard earned money, and it’s all thanks to Wadjet Eye Games.

The highly lauded retro adventure game Gemini Rue will be released for the iPhone and iPad this spring!  This marks the first App Store release the folks at Wadjet Eye has seen.  The interface will be tweaked for iOS devices but the game will remain true to the roots that planted it so deeply in the minds of players to begin with.

Wadjet Eye has also announced the release of Blackwell Epiphany, the next title in the mystery-focused Blackwell series.  Epiphany promises to be one of the series’ darkest and most exciting adventures yet.

Expect more information to come to light regarding these titles sometime after PAX.  If you’re interested, be sure to check out Wadjet Eye Games’ website here.

The Shivah: Kosher Edition Now Available For PC and iOS 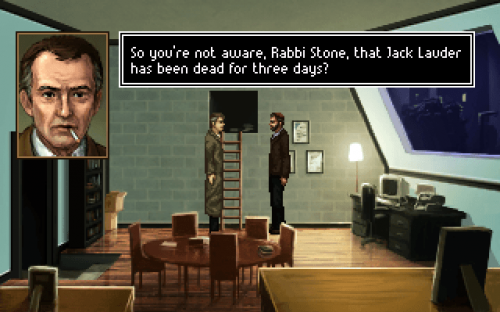